Nelson Mandela is the one who managed to overcome apartheid, a defender of rights and freedoms, a political prisoner, a peacemaker, the first president of the South African Republic, elected in non-racial elections. It is incredible that all these high achievements and difficult trials fell to the fate of one person. But the most important thing is that Mandela was and remains one of the greatest moral leaders of our time and proof that even one person can overcome injustice on a large scale. In recognition of Nelson Mandela’s contribution to the struggle for peace and universal values, the UN established International Nelson Mandela Daywhich the world celebrates every year on July 18.

How did the idea of ​​celebrating Nelson Mandela International Day come about?

On July 18, 1918, a son was born in the family of a member of the royal council of the Tembu nation, who lived in the village of Mfezo on the east coast of South Africa. The newborn was given the name Rolikhlahla, which loosely translates to “troublemaker.” At that time, there was a tradition in South Africa — missionary teachers in schools gave schoolchildren English names. So when Rolihlahla went to school at the age of seven, he got a new name – Nelson, in honor of the legendary Admiral Horatio Nelson.

When the boy was 9 years old, his father died, and he was taken care of by the temporary ruler of the Tembu, who hoped that in the future Nelson would become the king of his people. Therefore, Mandela was able to continue his studies, in which he was quite successful. In addition, he was also fond of sports – boxing and athletics.

In 1939 Nelson Mandela began studying at the University of Fort Hare, at that time the only Western-type higher education institution for black Africans. But the very next year, for political speeches and protests, Nelson, together with his best friend Oliver Tambo, was expelled from the university. Later, Nelson graduated part-time with a Bachelor of Arts degree, and then began studying again, this time at the University of the Witwatersrand’s Faculty of Law.

At that time, Mandela met people of liberal views – activists of the movement against racial discrimination. As a black student who had been treated unfairly, he willingly joined their ranks. In 1944, Nelson became a member of the African National Congress and together with Oliver Tambo founded the ANC Youth League.

The admiration for Mandela’s politics only increased when the National Party won the South African elections in 1948, introducing a system of racial segregation – apartheid. This meant restricting the basic rights of blacks, in particular, banning their participation in state administration. In response, the African National Congress adopted a plan developed by the ANC Youth League, which included strikes, civil disobedience and other non-violent methods of struggle.

However, the confrontation between the indigenous population and the government only intensified. In 1956, Nelson Mandela was first arrested on charges of treason, but this time the court acquitted him. After the brutal police shooting of peaceful demonstrators in the city of Sharpeville in 1960, riots gripped the country, so the government outlawed the activities of the ANC.

“Spear of the Nation”

For Nelson Mandela and his brothers this meant the beginning of underground work, besides it was clear that passive resistance was ineffective. A decision was made to move to more radical actions – Nelson and other activists underwent partisan training in a camp in Algiers, and in 1961 became a co-founder and leader of the armed organization “Spear of the Nation”.

Nelson Mandela was arrested in 1963 for the activities of this association – acts of sabotage, sabotage and armed resistance to the police. The trial lasted 8 months, attracting the attention of the international community, and the defendant himself made a statement that became widely known in the world. After partially admitting his guilt, he condemned apartheid and expressed his determination to die for the ideals of democracy and equality. Mandela was sentenced to life imprisonment.

Mandela spent the first 18 years of his imprisonment in a small cell without running water and worked every day in a limestone quarry. For any violation of the regime, he, like other prisoners, was subjected to physical punishment. Despite all the difficulties, Nelson managed to study part-time at the University of London and obtain a bachelor’s degree in law, as well as write an autobiographical book, “Long Walk to Freedom”.

In 1980, Oliver Tambo started the “Freedom for Nelson Mandela” campaign, under the influence of which the South African government began to feel international pressure. That is why Mandela was transferred to other prisons with more acceptable conditions of stay twice – in 1982 and 1988. Finally, in 1988, the new president of the country, Frederic de Klerk, lifted the ban on the ANC, and on February 11, 1990, he ordered the release of Nelson Mandela.

On his release, Mandela led the ANC’s negotiations with the government and other parties to end apartheid and establish an interracial government. In December 1993, Nelson Mandela received the Nobel Peace Prize, and on April 26, 1994, the ANC won the parliamentary elections. In the same year, on May 10, Mandela was sworn in as the first black president of South Africa.

After completing his presidency in 1999, Nelson Mandela retired from politics, but remained a fighter for social justice. He became one of the few people whose merits were recognized at a high level during his lifetime – in 2009, the United Nations, on the initiative of South African President Jacob Zuma, established International Nelson Mandela Day. Mandela died on December 5, 2013, at the age of 95.

Where did Nelson Mandela work?

After Nelson was expelled from the university in 1940, his guardian tried to marry him off. This was not part of the young man’s plans, so he fled to Johannesburg, where he got a job as a night watchman at a mine. Later, Mandela began working as a clerk in a law firm and was able to finish his interrupted studies in absentia.

What are the main achievements of Nelson Mandela as president?

During Mandela’s presidency, the Government of National Unity was formed, and the Truth and Reconciliation Commission was established. The president also initiated numerous social and economic programs to raise the standard of living of the black population. In 1996, Mandela led the process of adoption of the new South African Constitution.

He was married three times. In his first marriage, concluded in 1944 with Evelyn Mace, four children were born – two sons and two daughters. Mandela remarried in 1958, and his wife, Winnie Madikizela, bore him two daughters. Nelson Mandela entered into his third marriage at the age of 80, marrying Gracie Machel, 27 years younger.

What did Nelson Mandela do after his term as president?

He remained a fighter for peace and social justice until the end of his life, which is why he founded the non-profit Nelson Mandela Foundation and an independent group of public figures to solve global problems – The Elders. Since 2002, with the active participation of Nelson Mandela, programs to combat AIDS have been held in Africa.

What awards were given to Nelson Mandela’s political activity?

During his lifetime, Nelson Mandela received more than 250 awards, prizes, honorary titles and honorary citizenships. In addition to the Nobel Peace Prize, he was awarded the US Presidential Medal of Freedom, the Order of Canada, the Order of St. John from Queen Elizabeth II, and many other honors and awards.

Since Nelson Mandela spent 67 years fighting for equality, justice and decent living conditions for all, the United Nations and the Nelson Mandela Foundation suggest that on the day of commemoration of his memory, at least 67 minutes should be set aside for good and noble causes. These can be any actions that can improve the lives of vulnerable population groups or the state of the environment. For example, you can visit an orphanage, taking gifts and treats for children, help elderly neighbors with household chores, clean the public area, donate funds for the benefit of low-income citizens. If we can allocate these symbolic 67 minutes as often as possible, then we will definitely change the world for the better – first in the immediate environment, and then in a wider dimension.

On this day, it is appropriate to tell about the life of Nelson Mandela to children, because it is a great example of an insurmountable desire for a goal, which, moreover, had a completely successful ending. Information about Nelson Mandela International Day should also be shared on social media.

You can watch the US-made feature film “Invincible”, a biographical drama based on an interesting episode from the life of Mandela, when after being elected president, he tried to unite the country by calling on black citizens to support the all-white national team at the rugby championship players

This day reminds us that Nelson Mandela lived an incredible life, demonstrating courage and loyalty to his principles despite all difficulties and adversity. After 27 years in prison, he was able to become the president of his country, destroy the humiliating system of apartheid and achieve international understanding. Mandela’s values ​​of democracy, freedom, reconciliation and respect are ones that will never lose their relevance.

In addition to being a successful politician, Nelson Mandela was a kind and compassionate person who loved his people very much. As the population of South Africa suffered from poverty, unemployment and disease, Mandela always tried to help his fellow citizens. For example, his foundation, created in 1999, focused its activities on such problems as the development of rural areas, the construction of schools, hospitals, educational campaigns and the fight against AIDS.

International Nelson Mandela Day is a call to practical action, because the life of this person is an example of the fact that any reality, even the harshest, is subject to the influence of a purposeful will, even when at first glance it seems that nothing can be changed. Therefore, this event is important for everyone who is involved in volunteer and community activities, as well as for everyone who wants to join them.

When will we celebrate Nelson Mandela International Day?? 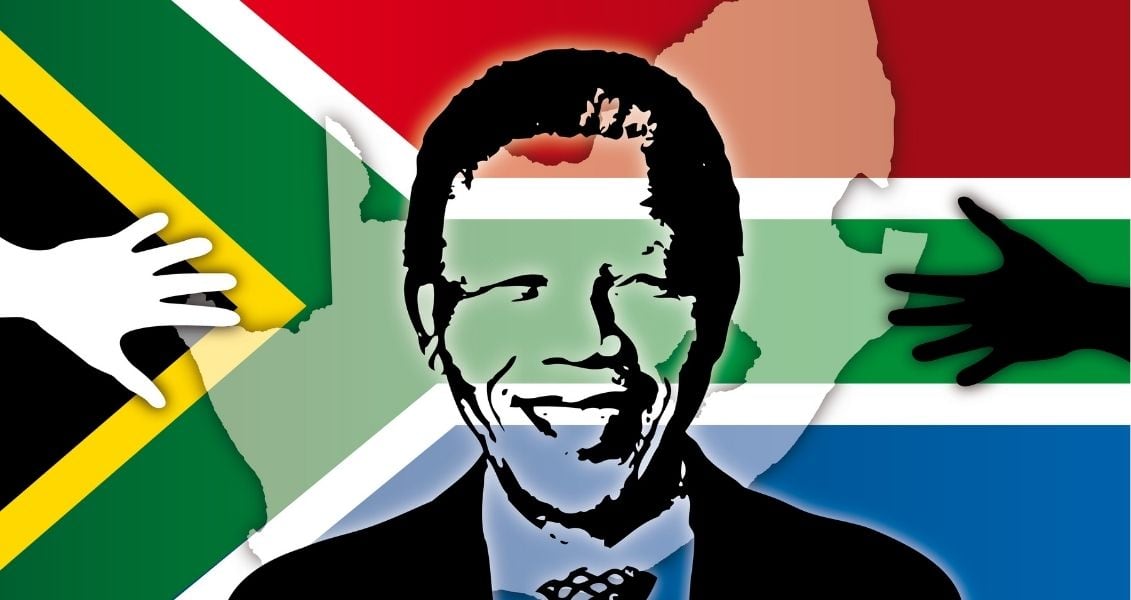 Day of Remembrance of the Victims of the First World War