Day of Defenders of Ukraine

Our state celebrates many holidays, including professional ones. But there are some that apply to every Ukrainian. Since 2015 annually on October 14 Ukraine celebrates three main holidays for the state at once – the Defender of Ukraine Day, the Intercession of the Virgin Mary (Theotokos) and the Day of the Ukrainian Cossacks.

The holiday is celebrated to honor the defenders of our state – our contemporaries, who defended the independence of Ukraine during the Russian aggression, and to remember Ukrainians who sacrificed their lives for the Motherland from the time of the Cossacks to the years of the liberation movement in the twentieth century.

All holidays and events for October 14

How did the idea to celebrate the Day of Defenders of Ukraine come about?

This day has become iconic since 2014, but its origins go back centuries. The holiday has an ancient historical background. So, on October 14, Ukrainians celebrate a Christian holiday Shrouds of the Holy Mother of Godwhose special veneration begins as early as the 12th century.

In the days of the Cossacks, on this day, Zaporozhian people left for the winter in the farms, and only the Sichovs remained in the chicken coops. Since in those days church holidays were the main calendar, the Christian holiday received another meaning, becoming a Cossack holiday. Therefore, October 14 is also celebrated Day of the Ukrainian Cossacks. In addition, the Mother of God is considered the patroness of the Ukrainian army.

On Sich, the Cossacks even built a temple in honor of the Mother of God with the main icon of the Intercession.

Since the Cossacks so sincerely honored the Mother of God, the name of the holiday “Cossack Protection” was established among the people. In 1999, Leonid Kuchma officially established the annual holiday “Day of the Ukrainian Cossacks”, and under Petro Poroshenko, a third was added to the two iconic holidays – the Day of the Defender of Ukraine.

Also, October 14 marks the Day of Creation of the Ukrainian Insurgent Army.

What is celebrated on October 14?

The Day of Defenders of Ukraine (Day of the Defender of Ukraine), Protection of the Mother of God is celebrated, and the memory of the Cossacks is commemorated on the Day of the Ukrainian Cossacks.

Who should be congratulated?

Congratulations to all defenders of Ukraine – both men and women.

When is Defender of Ukraine Day celebrated?

Defender of Ukraine Day has a fixed date and is celebrated annually on October 14.

🎁 What to give on Defender of Ukraine Day?

According to opinion polls, the Day of Defenders of Ukraine is perceived positively by the majority of Ukrainian citizens. So, in 2018, a sociological study was conducted by the Rating group, according to the results of which the responses of respondents regarding the celebration of Defender’s Day on October 14 were distributed as follows:

How to celebrate the Day of Defenders of Ukraine?

On October 14, three holidays are celebrated on a grand scale throughout the country, so a variety of events are planned:

Since the celebration of Defender of Ukraine Day is the “equator” of autumn, it can still be warm outside, so a walk to the park, square or embankment is a good idea.

Interesting events on this day are held in museums, exhibition halls, theaters, and galleries. Cinemas offer viewing of patriotic films, which is not only entertaining, but also educational. Defender of Ukraine Day is an official holiday. So, it is a great opportunity to celebrate this day with all your family and friends.

🎁 What to give on Defender of Ukraine Day?

An original and pleasant gift will be a certificate to the shooting range, where you can shoot different types of weapons under the supervision of a professional instructor. Women in the military should be given flowers, sweets, light alcoholic beverages and purely feminine gifts (from perfume to a beautiful handkerchief).

🎆 Greetings and postcards for the Day of Defenders 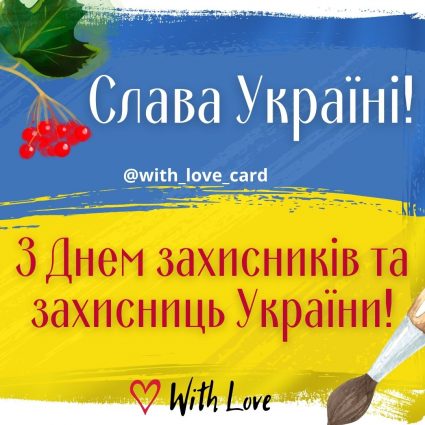 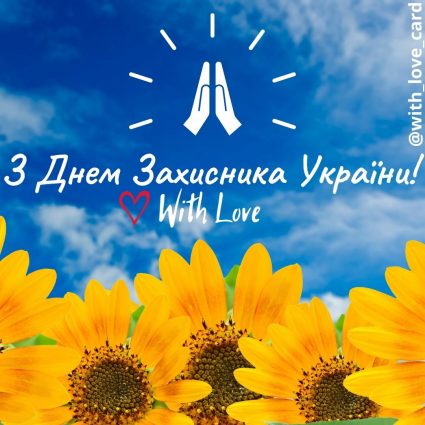 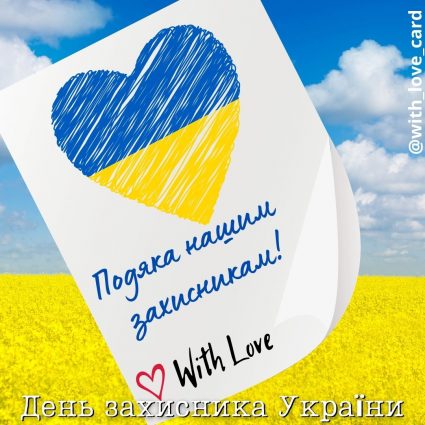 More postcards for the Day of Defenders

🎵 Traditional songs for the Day of Defenders of Ukraine

During the period from the beginning of the Russian aggression, Ukrainian artists created many musical works dedicated to the defenders of Ukraine:

Since 2018, the Slavonic OUN “We were born in a great hour” is the official march of the Armed Forces of Ukraine. In addition, on the day of the Ukrainian Cossacks, it will not be superfluous to sing one of the many Cossack songs, for example, “Someone is born.”

A state without defenders is a fiction – just a territory that will sooner or later be mastered by foreign invaders. Therefore, on this day, we pay tribute to those who spared their lives to defend Ukraine during the turbulent times of the Cossacks, during the liberation struggles of the beginning of the twentieth century, in the dark period of totalitarianism and continue to this day – from Russian aggression.

Let’s create our own positive story that you and I will be proud of!

When will we celebrate Day of defenders of Ukraine? 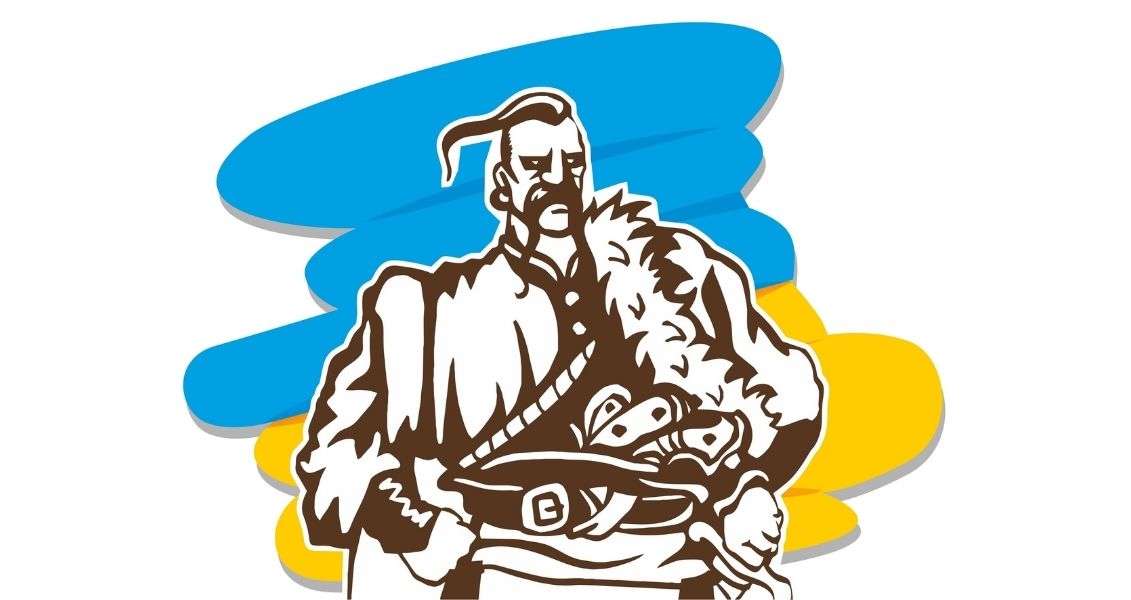