Human nature is created in such a way that we always strive for personal freedom and the ability to determine our own destiny. However, this aspiration is characteristic not only of individual people, but also of entire nations, which for various reasons are deprived of their own statehood. The independent life of Ukraine is only 30 years old – a small amount of time in historical terms. But for our fellow citizens, this is a whole era, which began on August 24, 1991, when the Act of Proclamation of Independence of Ukraine was adopted in the hall of the Ukrainian Parliament. Since then, we celebrate August 24 every year Independence Day of Ukraine as a significant event that changed our national consciousness and the realities of life.

All holidays and events for August 24

How did the idea of ​​celebrating the Independence Day of Ukraine come about?

After the decline of Russia and the absorption of the lands of the Galicia-Volyn state by the Polish kingdom and the Grand Duchy of Lithuania, Ukrainians fought for centuries for the revival of their own state.

Numerous uprisings of peasants and Cossacks, as well as the national liberation war led by Bohdan Khmelnitsky, are tragic pages of our history, which, unfortunately, did not culminate in the creation of an independent state. It happened because of the mistakes of national leaders or the geopolitical reality of those times – there are still disputes about this.

Only at the beginning of the 20th century, when European empires weakened due to revolutions and world war, Ukrainians got a chance for sovereignty. However, political forces, as well as society, lacked unity, and the events of 1917 and the civil war only deepened this division. Liberals, monarchists, anarchists, social democrats, Bolsheviks — all these forces understood the idea of ​​Ukraine’s independence in different ways.

After all, the western regions of the country for some time remained under the rule of Poland, Romania, Hungary and the Czech Republic. Ukrainian lands that were previously part of the Russian Empire were occupied by the Bolsheviks, and in December 1922, the Ukrainian SSR became part of the Soviet Union. The unification of Ukrainian territories took place in the period 1939-1945, and after the transfer of the Crimean peninsula to Ukraine, it received its modern territory. As part of the USSR, Ukraine had purely formal sovereignty, like other union republics.

The decline of the Soviet empire

The situation began to change in the late 1980s — the Soviet empire was declining, while the collapse of the economy strengthened sentiment in the union republics in favor of establishing independence. 1990 turned out to be a turning point — in June, Ukrainian parliamentarians began working on the Declaration on State Sovereignty, and adopted it already on July 16.

In the autumn, opposition deputies accused the government of non-compliance with the Declaration on State Sovereignty and the lack of reforms and began to demand a change of the speaker of the parliament, a ban on the CPSU in Ukraine, and not to sign the future alliance agreement with Moscow. These conditions were supported by youth and student organizations, and soon the actions of peaceful civil disobedience turned into a student revolution on the granite.

From October 2 to 17, student protests and hunger strikes continued in Kyiv. They advocated elections on a multi-party basis, the return of Ukrainian soldiers to serve in Ukraine, the nationalization of the property of communist and Komsomol organizations, as well as against Ukraine signing a new union treaty.

These events gave a new impetus to the patriotic forces in the parliament, so on July 5, 1991, the Verkhovna Rada introduced the position of the President of the Ukrainian SSR and called presidential elections. Also, the President and the Verkhovna Rada were given the right to stop the decisions of the USSR authorities on their territory, if they contradict the Ukrainian Constitution.

Meanwhile, the union treaty developed by the center contradicted the Declaration on State Sovereignty, so it was already clear that Ukraine would not sign it, and without it it would be impossible to preserve the Soviet Union. At the same time, in Moscow on August 18-21, there was an attempt to change the government through a coup and return the union republics to their previous status. This rebellion strengthened centrifugal tendencies — people realized that being part of the USSR was unpredictable and dangerous.

On August 24, 1991, Leonid Kravchuk, Oleksandr Moroz, and Ihor Yukhnovsky spoke at an emergency meeting of the Ukrainian parliament. It was decided to form the Defense Council and the National Guard as soon as possible, determine the status of the army on Ukrainian territory, and depoliticize law enforcement agencies. It was also necessary to adopt a document that would record the independent status of Ukraine. In the evening of the same day, the Act of Proclamation of Independence of Ukraine was adopted and from that moment Ukrainian history opened its new page.

However, Leonid Kravchuk believed that without popular will the sovereignty of our country remains very vulnerable, therefore he became the initiator of the All-Ukrainian referendum. This vote took place on December 1, 1991, as a result of which more than 90% of our compatriots expressed their agreement with the Act of Proclamation of Independence of Ukraine. After that, our state began to receive recognition from other countries at the official level.

We started to celebrate August 24 as the national Independence Day since the deputies of the parliament established the holiday date in February 1992, passing the resolution “On the Independence Day of Ukraine”.

Independence Day of Ukraine in history

Frequent Questions and answers about the Independence Day of Ukraine

Did our country have state sovereignty during the Hetmanship of the 17th and 18th centuries?

A rather limited territory was independent at that time, and after the Pereyaslav agreement in 1654, the hetman administration came under the authority of Moscow. Soon, Ukraine was divided into the right bank and the left bank, and the entire 18th century passed under Polish, Russian, and Austro-Hungarian rule.

The USSR, which existed from March 1917 to April 1918, did not recognize the Bolshevik revolution and proclaimed the Ukrainian People’s Republic. However, in exchange for the liberation of its territories from the Bolsheviks, the Ukrainian SSR agreed to the German occupation authorities, which eventually eliminated this body, establishing the Hetmanate of Pavel Skoropadskyi.

For what reason was the Declaration on State Sovereignty of Ukraine, adopted on July 16, 1990, not recognized at the international level?

In which regions did people vote the most for independence in the national referendum?

The sovereignty of our country won record approval in the West, in particular, in Ivano-Frankivsk and Ternopil – 98%. In Donetsk and Luhansk regions, 83% of the population voted “for”, in Crimea – 54%.

How to celebrate Independence Day of Ukraine?

The main part of the official events of this day takes place in the capital of Ukraine – the leadership of our country, including the President, traditionally bring flowers to the monuments of Mykhailo Hrushevskyi, Taras Shevchenko and other famous people who did a lot to glorify and gain Ukrainian statehood.

Official parades have not been held recently, but the Defenders’ March is held annually, and a festive prayer for Ukraine is held in St. Sophia Cathedral. It is also customary to present state awards to military personnel, scientists and artists on this day.

Similar events on August 24 take place at the local level in all corners of the country, and after the official part, concerts, spectacular shows, fairs, and sports competitions begin. Museums and libraries join the celebration, arranging thematic expositions and exhibitions devoted to the history of Ukrainian statehood. Music festivals, flash mobs, exhibitions of folk art, embroidery contests, various master classes for children and adults are also timed for the event.

Ukrainians usually spend the morning of Independence Day at festive events, in the afternoon they pay attention to the entertainment and informational program of the holiday, and in the evening they devote to a concert of their favorite artists or a fun friendly company.

For most people, the word “independence” is associated with the concepts of freedom, development and justice. And for the state, independence is an opportunity to independently determine what its internal and external policy should be. Of course, independence does not protect the country from losses and mistakes, but it is our own responsibility and invaluable experience without which moving forward is impossible.

After 30 years, there can no longer be any discussion about what Ukraine gained from gaining independence. It is difficult to enumerate all the advantages — from the recognition of our country in the international circle to the right to independently determine the structure and size of one’s army, to choose the vector of development, to speak freely in one’s native language. In addition, it was after the declaration of independence that changes took place that allowed Ukraine to join the ranks of democratic states.

Of course, Independence Day is a holiday of pride for one’s country. Despite all the difficulties, we have something to be proud of – Ukrainian soldiers who defend our Motherland, free elections, freedom to express one’s political beliefs. The main thing is to remember that the sovereignty of Ukraine rests on its citizens, who do not care what the fate of future generations will be, because only caring and free people can change their country for the better.

When will we celebrate the Independence Day of Ukraine?? 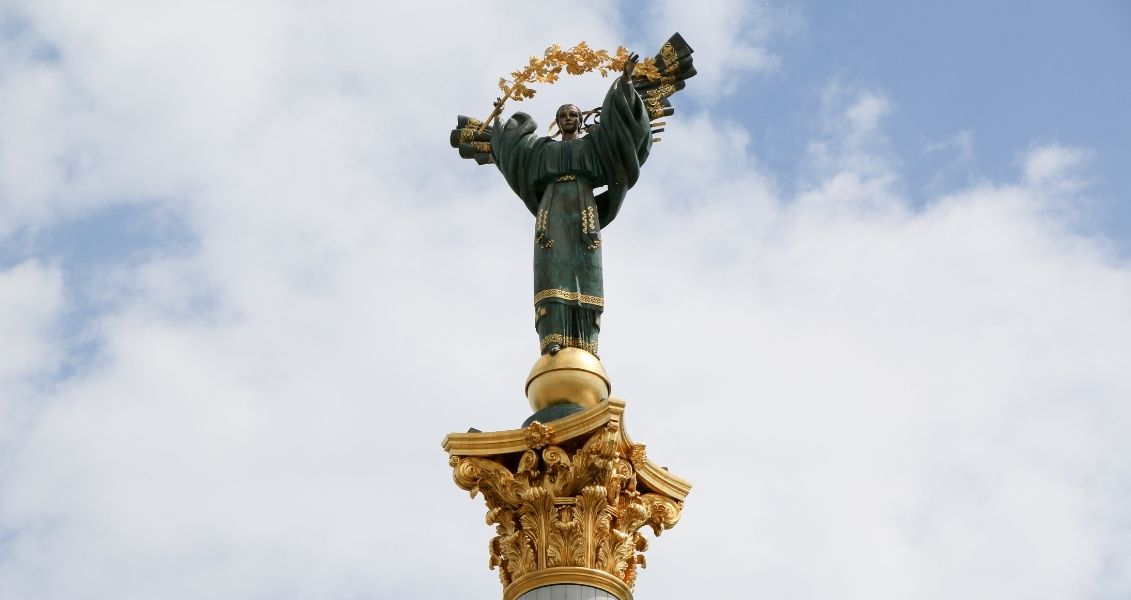