Day of the Armed Forces of Ukraine

If you want peace, prepare for war. These old but wise words remain relevant in today’s world. A strong army is still the most significant factor in determining the power of a nation. For many countries, it was the development of the armed forces that became the catalyst for the rise to the status of a great power. In Ukraine, the importance of a strong, well-armed army has long been unquestioned. The national Armed Forces defend the country, protect its sovereignty and territorial integrity. Every year on December 6, we celebrate the professional holiday of all servicemen who serve or previously served in the Armed Forces of Ukraine — the Day of the Armed Forces of Ukraine.

How did the idea to celebrate the Day of the Armed Forces of Ukraine come about?

The history of our Armed Forces cannot be separated from the history of Ukraine, which tried to win independence for a very long time and not always successfully. The national armed forces began to form at the beginning of the last century.

The Ukrainian Sich riflemen can be considered the first such military formation, which later even became the heroes of folk songs. This legion, consisting of patriotic volunteers, was created in 1914 by the Main Ukrainian Council.

And although the riflemen fought as part of the Austrian army, they were the first actually Ukrainian armed formation. Ukrainian snipers opposed the Russian Empire in the First World War and had national symbols, their own uniform, and a separate system of awards. The official language in the army was Ukrainian.

Unfortunately, the Ukrainian People’s Republic did not exist for long. As a result of the coup of 1918, the country was under German rule. The Ukrainian army was reduced, largely disarmed and demoralized.

In the autumn of 1918, the Army of the Ukrainian People’s Republic began to yield to the Soviet troops, and in February 1919 it left Kyiv, and in April it retreated to the Right Bank.

At the end of 1919, the UNR army carried out the so-called First Winter Campaign, which was essentially a partisan raid in the rear of the Bolshevik army and Denikin’s army. Defeated in battles with the Red Army, the UNR army retreated behind Zbruch at the end of autumn 1920, and ceased to exist in 1924.

During the times of the USSR, Ukrainians were obliged to serve in the Soviet army. During the Second World War, hope for the restoration of Ukraine’s independence appeared again. The Ukrainian Insurgent Army appeared, but it did not last long – it was destroyed by the USSR authorities after the war.

Independent Ukraine. The decline of the Ukrainian army

After gaining independence in 1991, Ukraine inherited a significant part of the Soviet army, including nuclear weapons. Theoretically, our country could occupy one of the first places in the world in terms of military power. At first, the development of the army was carried out quite actively, but soon this process slowed down or stopped altogether.

Under the guise of reform, the Ukrainian army experienced numerous reductions in armaments and personnel, and people with Russian citizenship were often appointed as defense ministers of independent Ukraine. As a result, our army did not develop, but declined.

Revival of the Armed Forces of Ukraine

The beginning of a new revival of the Ukrainian armed forces was the year 2014, when there was an urgent need to resist Russian aggression. It was necessary to restore the quantitative composition of the army at an accelerated pace, and to saturate it with modern types of weapons.

During this period, the state received a lot of help from volunteer organizations. Our army was able to recover to a sufficient level and defend the freedom of our native land.

Currently, the Ukrainian military faces many challenges — from countering Russian aggression to reforming in accordance with NATO standards.

Day of the Armed Forces of Ukraine in history

What is the current strength of the Ukrainian Armed Forces?

Currently, there are about 250,000 soldiers in the Armed Forces, and 1 million people in the reserve.

What is the place of the Ukrainian army in the world ranking?

According to the Global Firepower rating, the Ukrainian Armed Forces are ranked 25th in terms of power in the list of 138 countries.

Are military personnel of the Armed Forces allowed to be members of political parties?

No, it is not allowed. But they can be elected as deputies of local councils or the Verkhovna Rada.

What function do chaplains perform in the Armed Forces?

Chaplains are military chaplains who provide spiritual support to soldiers. The chaplains themselves are not allowed to have weapons and take part in combat.

Can the military of the Armed Forces of Ukraine engage in business?

Military personnel are prohibited from doing business. They should receive wages only from the state.

Postcards for the day Armed Forces of Ukraine 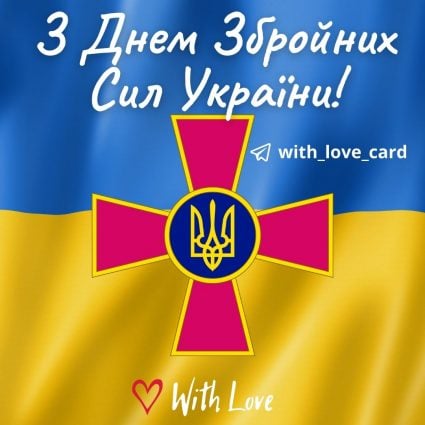 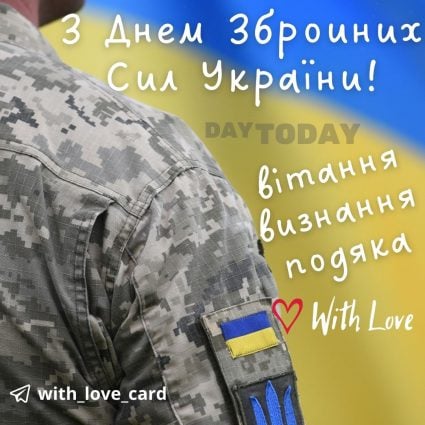 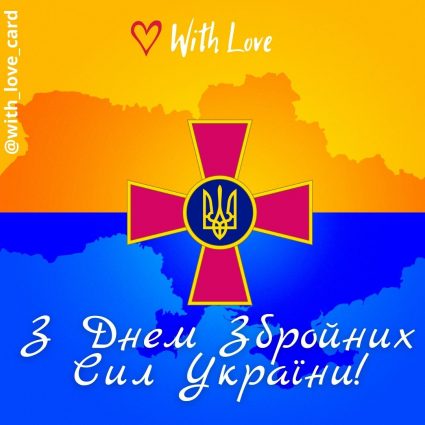 🎁 Gifts for the Day Armed Forces of Ukraine

How to celebrate Day of the Armed Forces of Ukraine?

On this day, all Ukrainian military personnel receive greetings from the President — the Commander-in-Chief of the Armed Forces, the Prime Minister and the Minister of Defense. In the military units, awarding of state awards, ceremonial meetings, and festive concerts take place.

In schools and other educational institutions, communication between students and military personnel is organized, so-called courage lessons, children’s drawing contests on military themes, sports competitions and other festive events are held. All this is intended to convey to children in an accessible form information about the Ukrainian army and the courage and indomitability of our soldiers.

Also, annually on the occasion of this date, the Bohdan Khmelnytsky Prize is awarded for the best literary, artistic works and works of journalists devoted to military topics.

On this festive day, every Ukrainian should join in congratulating the defenders of our country, express their gratitude and respect.

There are many reasons for every citizen to understand the need and benefits of the military. Of course, its main activity is the protection of the country and its citizens from any external aggression. But there are also difficult situations inside the country that cannot be resolved without the Military Law and Order Service of the Armed Forces of Ukraine.

The army replenishes the stock of foreign currency in the country thanks to peacekeeping activities. Few people know that the state receives certain profits from the participation of soldiers in peacekeeping operations in other countries.

During natural disasters and man-made disasters, the military is one of the first to come to the aid of people to conduct rescue operations.

The developing armed forces are both a stimulus and a catalyst for the development of Ukraine’s economy and the introduction of modern technologies.

But it is also important to know about the shortcomings and problems of the modern Ukrainian army. One of the most important problems is the limited funds that the country provides for the maintenance and development of the Armed Forces. For example, the budget of our army is about eight times smaller than the budget of the Russian army. This factor significantly slows down the pace of introduction of modern weapons and NATO standards.

Also, everyone hears high-profile cases of corruption in the leadership structures of the army, the unsatisfactory state of defense industry enterprises.

The Day of the Armed Forces of Ukraine is not only a professional holiday of the Ukrainian army. It is also a powerful informational drive that draws the attention of society to their achievements and difficulties, as well as to the awareness of the important mission that the army performs in the life of society.

When will we celebrate Day of the Armed Forces of Ukraine? 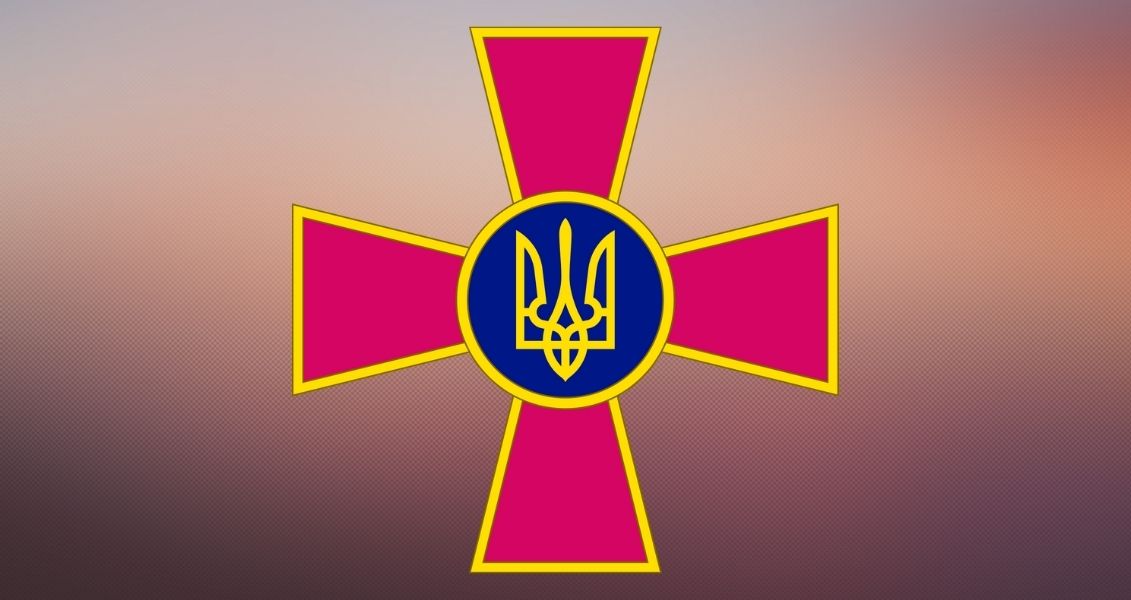 Day of celebration of loneliness