We devote a large part of our lives to work, so compliance with safety conditions at the workplace is always a relevant topic that affects everyone. During work, we should not lose our ability to work and harm our health, but unfortunately, even in the 21st century, accidents at work and occupational diseases lead to an impressive number of deaths and injuries. In order to draw attention to this problem, the International Labor Organization founded in 2003 World Occupational Safety Day. It is also a day to honor the memory of people who lost their lives at their workplace.

How did the idea to celebrate the World Occupational Safety Day come about?

Before the industrial revolution, people mostly made a living from agriculture or home production of goods. From the second half of the 18th century, the development of machinery and production processes forced humanity to move towards mass production, and therefore the factory labor system.

This movement began in Great Britain, although it quickly spread to other countries.

The company did not feel a shortage of workers, so for the manufacturers these people were nothing more than cheap labor. No one was particularly concerned about their safety, while the duration of the working day was from 12 to 18 hours. Such a regime was very exhausting, and the working conditions were often dangerous. Many people died and were maimed simply at the workplace, but it was very easy to find replacements for them.

It was also profitable for entrepreneurs to use child labor, because children could be paid even less than adults. Children did not have the experience and caution characteristic of adult workers, so they were especially often injured and killed when working with moving mechanisms.

Chemical substances also posed a great danger, for example, minor workers in match factories were poisoned by phosphorus fumes, in glass-blowing factories they suffered burns and eye injuries, and in pottery factories they breathed in harmful dust that caused lung diseases. Therefore, many of those who worked from childhood (and then work often began at the age of 6) did not even live to the age of 25 due to occupational diseases.

“Law on the Health and Morality of Pupils”

Ultimately, this situation increasingly outraged society. In 1802, the British Parliament adopted the “Act on the Health and Morality of Pupils”, which applied to weaving factories and limited the working day of children and adolescents to 12 hours, and also regulated the provision of children with clothes, a place to sleep, their education in the basics of literacy and Christianity religion

How terrible the working conditions were, is evidenced by the clauses of the law, which mandated making windows and ventilation holes in production premises, as well as disinfecting workshops at least twice a year. Although this law was not enforced on a regular basis, it set a precedent for further changes.

In 1833, the “Factories Act” was passed in Great Britain, which extended the 12-hour working day to minor workers in all enterprises and prohibited the employment of children under 9 years of age. But the most important innovation was the so-called factory inspectors, who were given access to enterprises.

At first, the main duty of these inspectors was to monitor the conditions of child labor. However, the desire for the well-being of all workers grew in society, the movement to shorten the working day gained momentum, Charles Dickens’ novels became popular, which described inhumane conditions at work. Therefore, the law was expanded to protect almost all workers, with the role of inspectors not only being observational, but also advisory.

In 1840, a Royal Commission was established in Great Britain to study working conditions in the mining industry. As a result, in 1842, the Law on Coal Mines was adopted, which prohibited women and children from working underground.

In the Russian Empire, the issue of occupational health and safety was brought to the legislative level for the first time in 1818, with the adoption of the “Work Supervision Law”, which was supposed to improve the level of safety for workers in factories and mines.

Special commissions that checked enterprises for employee injuries were created in Russia in 1859. At the same time, work began on a law that would prohibit children under 12 from working. This law entered into force in 1882, according to which teenagers from 12 to 15 years of age had an 8-hour work day, and night work was prohibited for them. Three years later, this ban was extended to adolescents under the age of 17, as well as to women.

Term “Occupational Health” began to be applied after 1917, already in Soviet times, when the first Code of Labor Laws was adopted, labor protection inspectors appeared, who were obliged to coordinate their work with trade unions. A list of dangerous and harmful industries was also determined, the workers of which were to be provided with special clothing and special food. In general, during the times of the USSR, many departments, committees and supervisory bodies were created in the country, which dealt with the issue of labor safety, and many legislative documents were adopted in this regard.

In Ukraine, as an independent state, labor protection began its countdown from 1992, when the law “On labor protection” was adopted. However, due to the difficult overall economic situation, working conditions at many enterprises in our country still do not meet international standards, as a result of which the level of workplace injuries and occupational diseases is very high.

How many people in the world annually become victims of insufficiently safe working conditions?

According to the statistics of the International Labor Organization, about 374 million people are injured every year as a result of accidents at work or get occupational diseases. 6,400 people die from these causes every day, 2.3 million a year.

What are the statistics in Ukraine regarding injuries at work?

According to the Social Insurance Fund of Ukraine, for the period from January 1 to September 30, 2020, the number of industrial accidents was 3,851, while 279 people died.

Which state bodies in Ukraine control compliance of working conditions with legislative requirements?

How did the idea to celebrate the World Occupational Safety Day come about?

For the first time, members of trade unions in Canada and the United States began commemorating the victims of accidents at work in 1989. Later, workers in other countries joined this tradition. The holiday gained official status in 2003, after recognition by the International Labor Organization.

Does World Health and Safety Day have a theme?

Yes, every year the International Labor Organization chooses a new theme for this event. In 2021, it reads as follows: “Anticipate a crisis, prepare for it and respond to it – invest in sustainable security systems.”

How to celebrate World Labor Day?

On this day, conferences, forums and other events are held, organized both at the level of the UN and the International Labor Organization, as well as in individual countries. By the way, this event is celebrated in 175 countries. At enterprises, where there were cases of death of employees at the workplace, events are held to honor their memory.

Since problems with the state of labor protection are still relevant for Ukraine, the day of April 28 is an occasion for everyone to think about whether we know our rights. If there are gaps in this knowledge, then the situation must be corrected by familiarizing yourself with the relevant legislation.

IN World Occupational Safety Day it will not be superfluous to analyze your own working conditions, this applies even to office workers, where, it would seem, there is no danger to health and life. The first thing to pay attention to is the lighting of the workplace. It should be sufficient so as not to strain the vision excessively. Also important factors are the temperature and humidity level of the air, the noise level and the state of ventilation of the room. It is necessary to ensure that all electrical appliances are in good condition, as well as compliance with proper fire safety regulations.

Now no one will argue with the fact that the highest value is people’s lives and their health. The safety of workers should be more important than the level of profits, the image of the enterprise or the value of its products. If the management is sufficiently concerned with the issue of occupational health and safety, it minimizes the possibility of accidents, which means loss of working time and equipment malfunction. Thus, a competent approach to occupational health and safety helps to increase production productivity.

Importance labor protection consists not only in the direct guarantee of the safety of workers at the workplace, but also in various measures for the prevention of occupational diseases, ensuring an appropriate rest regime, providing the necessary work clothes and hygiene products. All these factors ultimately allow people to feel the reliability of the enterprise and its care, which in turn stimulates more efficient work and reduces staff turnover.

When will we celebrate World Health and Safety Day? 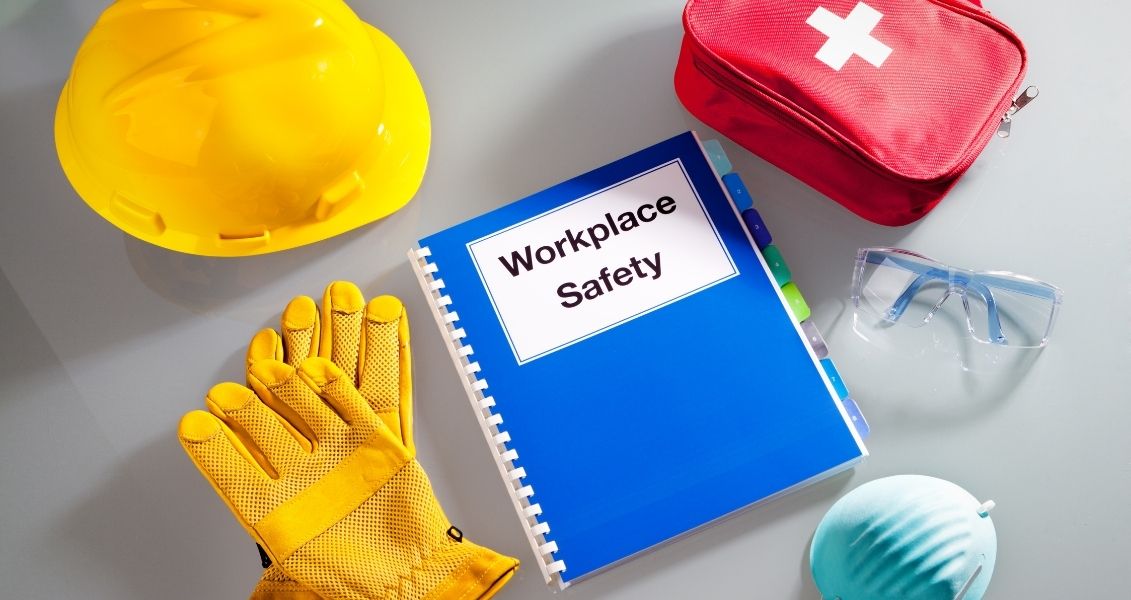 Read more:  Independence Day of the Republic of Madagascar