Sleep is one of the undeniable physiological needs of a person, such as food, water or movement. Only thanks to a healthy sleep, the body can fully recover – both physically and mentally. However, people often underestimate the importance of sleep for their health and well-being and sacrifice it for work or other responsibilities. To disseminate information about all aspects of this important biological function, including the problems associated with its disorders, the World Sleep Federation established in 2008 World sleep day. It is celebrated annually on the Friday preceding the vernal equinox, that is, in 2022 this day falls on March 18.

How did the idea to celebrate World Sleep Day come about?

Scientists believe that humans switched from polyphasic sleep (that is, several short sleep cycles per day) to monophasic night sleep between 70,000 and 40,000 BC. The lack of lighting and the danger from predatory animals forced people to go to bed immediately after dusk. Already in the Stone Age, our ancestors tried to make places for sleeping more comfortable, arranging them on slightly raised surfaces, and the “beds” themselves then had a round shape.

For ancient civilizations of India, Egypt, Greece, Rome sleep was an incomprehensible phenomenon, and the dream was a divine prophecy. A lot of attention was paid to the interpretation of dreams — for example, in Egypt, it was done by priests in special temples. The Greeks worshiped the god of sleep, Hypnos, and among the Romans, such a god was called Somn. The science of sleep – somnology – got its name from him.

The ancient Greek physician Alcmaeon around 450 BC believed that sleep was caused by the cessation of blood circulation. He came to this opinion based on observations of a decrease in body temperature in sleeping people. Aristotle considered the loss of consciousness in the heart, the seat of feelings, to be the cause of sleep, and he also associated the onset of sleep with digestive processes. Only in 162 BC, the ancient Roman healer Galen determined that consciousness resides in the brain, not the heart. However, for many centuries, no great progress was made in understanding the nature of sleep.

But there was progress in bringing sleep closer to comfortable conditions. In the Middle Ages, there were already stuffed mattresses, straw mattresses for the poor and down mattresses for the wealthy. During the Renaissance, bed linen became more refined – silk and velvet. In that period, two periods of sleep during the night were considered the norm, and in the break between them, people spent their time as they wished – for prayers, reading by candlelight, household chores. Even visiting in the middle of the night was commonplace.

Such sleep mode became unacceptable with the beginning of industrialization, because the strict schedule of enterprises required continuous night rest for productive daytime work. In addition, with the appearance of electric lighting in houses and on the streets, people began to go to bed at later hours. Sleep was considered a lost time, which only lazy people value. But as the working day became even longer, for many, even six hours of sleep became unattainable. The grueling schedule led to the beginning of the 8-hour work movement under the slogan “Eight hours of work, eight hours of rest, eight hours of sleep.”

Study the nature of sleep started from the 18th century. In 1729, the French scientist Jean Jacques de Marein discovered circadian rhythms — changes in biological processes in the body that depend on the phase of the day or night. In 1845, the connection between sleep and body temperature was established. In 1913, the French researcher Henri Pieron published the book “Physiological Problems of Sleep”. It was the first time in history that sleep was considered a health problem.

Constantin von Economo, a Romanian neurologist, identified the hypothalamus as the area of ​​the brain responsible for regulating sleep cycles. American neurophysiologist Nathaniel Kleitman, who is considered the founder of the scientific study of sleep, opened a sleep laboratory at the University of Chicago in the 1920s. The scientist studied the regulation of this process and human circadian rhythms. Together with his student Eugene Aserinsky, Kleitman discovered the rapid phase of sleep, which repeats 4-5 times a night and during which people see vivid dreams.

After Kleitman’s discoveries, the field of sleep research began to develop rapidly. In 1956, the condition of obstructive apnea was discovered – periodic delays in breathing during sleep, which lead to many chronic diseases. In the 1980s, scientists established a connection between REM sleep and the ability to learn and remember. The absolute physiological necessity of sleep for life was finally confirmed. Molecular biology began to play an important role in research. In the 1990s, research on the effects of sleep deprivation on carbohydrate metabolism and excess weight began. The 2000s brought knowledge about the relationship between iron deficiency and restless legs syndrome, as well as new theories about the nature of dreams.

Recently, sleep researchers have taken an even more comprehensive approach, studying the relationship between sleep and the health of the cardiovascular system, neurology, mental state, and other factors. And although considerable progress has been made in this direction, many things in the mechanisms of sleep still remain a mystery. Therefore, the search for answers continues, and together with them, mankind’s knowledge about the mysterious phenomenon – sleep – expands.

How many hours does a person really need to sleep?

The required amount of sleep is individual and often determined by heredity. However, most scientists prove that on average sleep duration should be 7 to 8 hours for adults. The maximum range of sleep duration is from 6.68 to 10 hours.

How to achieve a regular sleep pattern?

You should go to bed in the evening and get up in the morning at the same time every day, seven days a week. Only in this case, the internal biological clock is adjusted to regular sleep.

What is a microsleep?

Microson are short breaks in a person’s reaction lasting from 0.5 to 15 seconds, associated with previous drowsiness, with partial or complete closing of the eyes and lack of reaction to the outside world. Microson is very dangerous for high-risk occupations that require quick reactions, such as pilots and drivers.

Chand do you need to sleep during the day?

If night sleep is sufficient, high-quality and provides vigor for the whole day, then there is no need to sleep during the day. But if there is a chronic lack of sleep at night due to any reasons, then daytime sleep helps to compensate for this problem.

What symptoms indicate that a person has insomnia?

It sleep disturbance characterized by difficulties with the process of falling asleep, frequent night awakenings, too early morning awakenings, fatigue, drowsiness, problems with attention and concentration during the day.

How to celebrate World Sleep Day?

In 2021 World sleep day was held under the motto “Regular sleep — a healthy future”. This is a good opportunity for each person to analyze how regular, healthy and sufficient their sleep is.

The best way to celebrate this holiday is to get a good night’s sleep. Unfortunately, this is not always possible, so the reasons should be determined and try to eliminate or minimize them. If you cannot solve the problem yourself, you should consult a specialist.

Nowadays, in addition to traditional methods that relieve sleep problems – meditation, yoga or aromatherapy, there are new technological developments. For example, special sleep and wake-up indicator lamps that simulate natural light at sunset and sunrise. There are also mobile applications that help diagnose sleep disorders and, with the help of special tasks, allow you to change the habits associated with it for the better.

The quality of sleep often depends on our habits. Therefore, it is not advisable to drink coffee in the afternoon in order to avoid difficulties with falling asleep; you should not work late at the computer — it does not allow you to fully relax and fall asleep quickly. Already in bed, it is not recommended to use a mobile phone, watch TV, or eat. The bedroom should be primarily a place for relaxation – quiet, darkened and slightly cooler than other rooms.

Of course, it is necessary to observe the correct habits not only in World sleep day, but also on all other days. In this case, you can improve the quality of your night rest, and therefore your activity and efficiency during the day.

On this day, we get more information about sleep and its impact on health. After all, even doctors do not often inform their patients that one of the causes of diseases of the heart, immune system, hypertension, kidney diseases, diabetes, depression and obesity can be a banal lack of sleep.

The impact on the brain is special – only normal sleep ensures the ability of the brain to respond adequately to “input signals” from the surrounding world. Also, during sleep, the products of their vital activity are actively removed from brain cells. In addition to health facts, we also learn about how sleep disorders affect other aspects of our lives — work, relationships, productivity.

To World Sleep Day scientific research is often timed. For example, Philips annually conducts a global sleep study that reveals the sleep attitudes, perceptions and behaviors of thousands of people in different countries. Based on this information, the company creates innovative devices with sleep monitoring programs. Thus, the study of this biological function contributes to the development of not only clinical medicine and neurobiology, but also the latest technologies.

The more accessible information about sleep and modern scientific achievements are, the more opportunities appear for people to understand and manage sleep, and World Sleep Day helps in every way to achieve this goal.

When we will celebrate World Sleep Day? 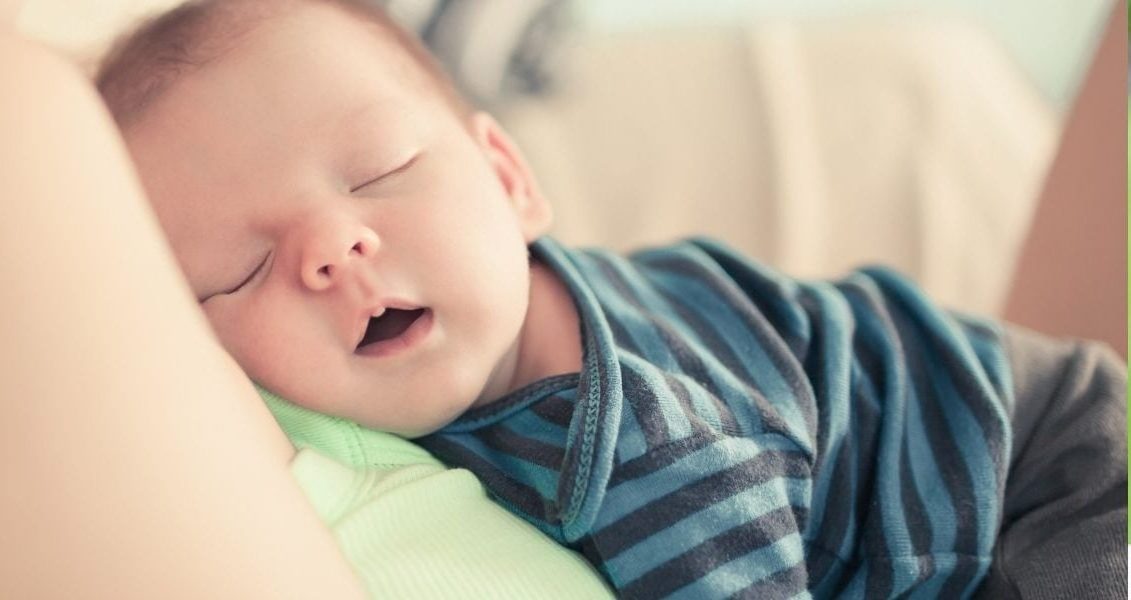 Birthday of the fire extinguisher