World Reflection Day — a holiday with a somewhat intriguing name. Probably, it will be a surprise for many that it is related to scouting, namely guiding. Guiding is an international movement that functions according to the principles of scouting, but is focused on girls. Non-political and non-religious gayid organizations aim at the comprehensive development of the individual, as well as the social adaptation of girls and women. Guiding, like Scouting, was founded by Robert Baden-Powell. The World Day of Reflection is celebrated precisely on his birthday – February 22. This special day is marked by its own traditions, but the main one is that girls remember their friends around the world.

How did the idea of ​​celebrating the World Day of Reflection come about?

In 1857, a son Robert was born in London, in the large family of Oxford University professor Baden-Pavel. During his school years, the boy was fond of hiking and orienteering on the terrain, and after school he devoted himself to a military career.

At the age of nineteen, Baden-Powell as a junior officer began his service in India, then a British colony. He was mainly engaged in reconnaissance and mapping. Later, the soldier had to serve in other parts of the world — in Malta, the Balkans, and South Africa.

Read our article: Interesting facts about Boy Scouts and the Scout movement

It was in South Africa, in 1899-1900, that Colonel Baden-Pavel was appointed commander of the Mafeking fortress. The Anglo-Boer War was going on, and the siege of the fortress by the enemy’s troops lasted seven months. During this difficult period, the colonel involved young boys in reconnaissance. Despite their young age, the young scouts showed themselves at their best – they were organized and disciplined, and their activities helped the fortress to hold out until reinforcements arrived. Some of them were even awarded combat awards.

Robert Baden-Powell returned to Great Britain in 1907 with the idea of ​​creating organized boys’ groups in which children would be taught intelligence and everything connected with it. The first such camps for boys appeared as early as 1908, when Baden-Powell published his “Intelligence for Boys”. In English, “intelligence” sounds like “scouting”, which is why the children who studied this science were called scouts.

But it turned out that the new organization is interesting not only for boys. In 1909, girls who called themselves scouts came to a large scout meeting in London. Baden-Powell, seeing their tenacity, decided that the girls deserved their own special association. Robert involved his sister Agnes in the formation of the new organization.

The girls’ movement was named guidingfrom the word guide, meaning “guide”. Haydov Association was founded in 1910, Agnes Baden-Pavel began to manage it. She was a talented and well-rounded woman who knew everything from astronomy and botany to hot air balloons and cars. She developed the first manual for girl members of the organization – “How girls can help build an empire.” By 1912, the girl guide movement had spread to other countries — Norway, Ireland, Portugal, and the United States.

At practical classes, in the conditions of the forest or field, the guides learned survival, orientation in the terrain, and the provision of first aid. All this took place under the somewhat judgmental and distrustful attitude of society, in which at that time there was a clear division into male and female roles.

But when the First World War began, the attitude towards Girl Guides changed for the better, because they did not shy away from any work – they worked in hospitals, collected donations for the Red Cross, sewed and knitted warm clothes for soldiers, and entertained wounded soldiers with their performances.

After the marriage of Robert Baden-Pavel, his wife Olav actively joined the development of the Heide movement. In 1918, for her numerous achievements, she received the highest award of the guides – “Silver Fish”, and in 1920 she succeeded Agnes Baden-Pavel as the head of the movement.

Over the years, the guide movement has spread all over the world, international forums of the organization, such as World Conferences and World Camps, have become common. At the 4th International Conference, which took place in the USA in 1926, the idea of ​​starting a Day of Reflection first arose.

Robert Baden-Pavel and his wife Olav were born on the same day – February 22, so it was decided to make it a holiday. On this special day, Girl Guides should take time to think about their friends in the organization and reflect on the serious problems they face – poverty, gender inequality, environmental threats, access to education.

These funds are spent by the Foundation on the development of the global gay movement, which currently covers more than ten million girls in 150 countries.

World Day of Reflection in History

Frequent Questions and answers on the World Day of Reflection

When did the Haydiv cells appear in Ukraine?

In the early 1990s, the World Association of Girl Guides and Girl Scouts assigned Ukraine a mentor country with extensive experience in guiding — Norway. Its representatives began to visit Ukraine and help in the establishment of the Girl Guides movement in 1992, when the first branches of the organization appeared in Ukraine.

Are there separate themes in the celebration of World Day of Reflection?

Yes, every year this event has its own special theme. The theme for 2019 was “Leadership”, for 2020 it was “Diversity, Equality and Inclusion”. The theme of 2021 is called “World-building”.

What is membership in a gay organization based on?

Every guide girl must take the Guide’s Promise upon joining the organization and observe the ten Guide Laws. They are common to all Girl Guides and Girl Scouts in different countries.

Who are the mentors of the guides?

Leaders in the organization are girls and women over 18 years of age who have undergone special trainings of this organization and are interested, motivated and eager to work with the younger generation. Pedagogical education is not mandatory for guiding leaders.

What symbolism unites the guides of the whole world?

Come on all countries have a common symbol in the form of a golden shamrock on a blue background, a common flag of the organization. They also share the motto “Be ready!” and the World Haydn Anthem.

How to celebrate the World Day of Reflection?

This day gives each group of Girl Guides the opportunity to decide for themselves how to celebrate it. There are no strict rules for this, except for the obligation to make a minimum contribution to the Fund International day of reflection and devote the day to noble thoughts and good deeds.

Usually, on February 22, girls take part in events organized by their units. These can be hikes, contests for better orientation, sports competitions, fairs for the sale of baked goods. The funds collected on this day go to charity and to the needs of the Haydov movement.

There are also tours of interesting places and fun parties, after which groups of girls can meet the sunrise together. And in London, the birthplace of guiding, a solemn ceremony of laying flowers at the memorial of Robert Baden-Powell is taking place.

But in fact, every person can celebrate this day. For example, the theme of World Reflection Day 2021 was “World-Building”, which is a rather broad concept. World-building depends on everyone and begins with the smallest – because there are so many poor people, homeless animals, mutilated nature around us.

Therefore, any selfless, good deed will be the best way not to stay away from this event. Stock International day of reflection On February 22, we will also gratefully accept donations from all those willing to contribute to the noble thoughts and deeds of the Girl Guides.

From the moment of its appearance, this day has become a support for girls participating in the gay movement. It helps them to get to know each other and communicate with each other, being in different parts of the world. The purpose of the World Day of Reflection is to unite young people through joint friendly activities, joint donations and joint thoughts.

Every year the theme of this event changes, in addition, every year one country is chosen, about which the girl guides study information, try to learn as much as possible about its culture, religion and living conditions of people. By studying the country in detail every year, the guides better understand and accept various traditions, customs and peculiarities of the peoples of the whole world.

A day of reflection — one of the most important in the Girl Guide calendar, because it encourages thinking about global problems and difficulties in the lives of their sisters in the organization and other people. And not only to think, but also to feel like a useful, important part of the great global community thanks to your contributions, fundraising, charity events.

Numerous educational programs and advocacy campaigns conducted by the World Association of Girl Guides and Girl Scouts, such as “Preventing Teen Pregnancy” or “Stop Violence – Stand Up for Girls’ Rights” help teenage girls in their lives, especially those who live in disadvantaged countries

This day is important not only for the Haydov movement, because if the young generation sincerely cheers for the fate of the planet and strives for harmony and peace, our world will definitely become a better place as a result.

When will we celebrate World Reflection Day? 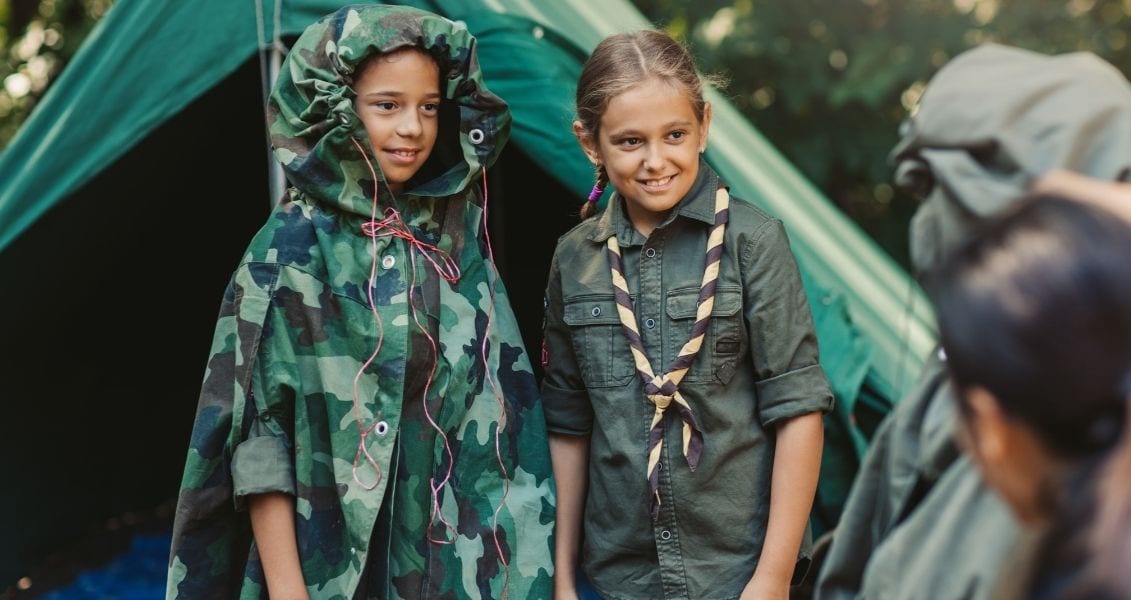