A father for each of us is an educator, protector, teacher and friend to whom we owe basic skills, life principles and values. Children can always count on the help of a loving father, regardless of how old they are, and warm memories of this dearest person remain with us for life and provide support in the most difficult times. Honoring parents on a separate day is accepted in all countries, while national dates may vary. But there is also a general holiday — International Father’s Day, which is celebrated annually on the third Sunday of June. Coincides with the international holiday and Father’s Day in Ukraine — in 2021, we will celebrate this event on June 19.

People have always understood the importance of fatherhood, moreover, the patriarchal system of all known cultures contributed to the even greater importance of the father for the offspring. For example, in Roman law he had exclusive rights over children, up to the question of their life or death. Perhaps, that is why the term “father” has long been used in an indirect sense – the father of the nation, the father of religion, the father of science, or even the father of the party. After all, it is also customary to address God as a father, which is eloquently evidenced by the well-known prayer “Our Father”.

St. Joseph – “Sustainer of the Son of God”

To some extent, the mission Father’s Day the Christian church has put on the Day of St. Joseph – the husband of the Virgin Mary and the legal father of Jesus Christ. It is interesting that his lineage came from King David himself. After marrying Maria and having a son, Joseph became an exemplary head of the family, a patient, hardworking and wise husband and father. In the 15th century, the father of the Holy Family became one of the most popular saints in Europe, and from the Catholic Church he received the special title “Nutritor Domini”, i.e. “Sustainer of the Son of God”.

For the first time, the event, known in history as the day of honoring fathers, took place in the American city of Fairmont on July 5, 1908 – after several hundred men died in a disaster at a local mine and many of them had orphaned children. It was a special service at the Methodist church in honor of all parents, dead and alive, but the event did not become an annual event and did not extend beyond Fairmont.

In 1909, Sonora Smart Dodd, a resident of the city of Spokane in the state of Washington, who went to a sermon for Mother’s Day, had the idea to create a similar holiday, but dedicate it to her father. This idea did not appear for nothing – Sonora’s father, farmer William Jackson Smart, raised her and five other children alone after his wife Ellen died during the birth of the youngest child.

For almost a year, Sonora convinced the priests and city authorities to allocate a separate day for the event. At first, the woman proposed the date of June 5, her father’s birthday, but since there was little time left to write the sermon, it was decided to hold the event on the third Sunday in June. Finally, on June 19, 1910, the celebration took place – a solemn service in the church was accompanied by gifts to the parents, and the participants of the event decorated the lapels of their clothes with roses. A red flower symbolically honored a living father, a white flower – a dead one.

But Sonora Smart Dodd didn’t stop there — she wanted Father’s Day to become a national holiday, so she traveled the country, speaking and campaigning. The efforts were not in vain – in 1913 the holiday was approved by President Woodrow Wilson, and in 1916 Wilson and his family visited Spokane and took part in the celebration. In 1924, the idea was already supported by the new president — Calvin Coolidge. He signed a resolution in favor of Father’s Day, which proclaimed the importance of parental responsibilities and the close relationship between parents and children.

Gradually, the holiday acquired a commercial tone – in 1938, New York men’s clothing sellers founded the Council Father’s Day. They were joined by other interested entrepreneurs — manufacturers of ties, tobacco pipes, and many other goods that could serve as gifts. Businessmen decided to join forces to promote the idea of ​​the holiday, including mentions of Father’s Day in the advertising of their products. Decades later, the Father’s Day Council recognized that the holiday had become a “second Christmas” for all male gift-oriented industries.

But father’s day and it remained unofficial, even despite President Lyndon Johnson’s decree signed in 1966 regarding the date of the event — the third Sunday in June. It was only in 1970 that the US Congress passed a resolution that suggested citizens publicly and privately express love and respect for their parents on this day. This resolution was signed into law by President Richard Nixon two years later.

In Ukraine, the idea of ​​nationalism Father’s Day appeared in 2006 and belonged to public organizations. After collecting signatures in support of the initiative and several public forums, the Ministry of Youth Affairs and Sports developed a draft presidential decree establishing this holiday.

However, due to the difficult financial situation and a number of other reasons, the final decision was not made for a long time, until May 2019, when the Cabinet of Ukraine supported the relevant presidential decree, which was then signed by the head of state. Since then, Ukrainians have joined most of the nations of the world in celebrating Father’s Day.

How many countries celebrate Father’s Day on the third Sunday of June?

On this day, parents are welcomed in 84 countries of the world. In the rest of the countries, the dates of the celebration differ – for example, in Italy, Spain and Switzerland, as well as in another 9 countries, parents are congratulated on March 19, St. Joseph’s Day. In Germany, Father’s Day coincides with Ascension Day, and in Thailand, with the King’s birthday.

Who was Sonora Smart Dodd, the founder of Father’s Day, by profession?

This woman was a famous poetess, artist and sculptor. She wrote and illustrated a series of children’s books about Native Americans called Children of the Sun.

How was the personal life of Sonora Smart Dodd?

Sonora married a businessman from her hometown, gave birth to a son. In 1937, she became a co-owner of a funeral home in Spokane. Sonora Smart Dodd died in 1978 at the age of 96.

How popular is Father’s Day in the United States, the country that founded this holiday?

According to statistics, Father’s Day is the fifth most popular holiday in the United States. About $95 million worth of Father’s Day cards alone are sold annually.

What gifts are most often given to parents on their holiday?

The most popular gifts for dads include clothing, dining out, sporting goods, home goods, electronics and garden tools.

Despite the fact that this holiday appeared in Ukraine quite recently, for many people the third Sunday of June has already become a day of special attention to their parents. By the way, on this day it is customary to congratulate not only parents, but also stepfathers, parents-in-law, grandfathers, great-grandfathers and other relatives – men who can rightly be considered the “fathers” of the family.

Different traditions of greetings have developed in Ukrainian families – it can be just a phone call or a postcard, or there can be a solemn party in honor of the father or all the older men in the family. As for gifts, there are many ideas, from flowers, ties or clothes to sports equipment or items related to the parent’s favorite hobby.

But perhaps the best gift for a father will be a manifestation of love and respect from children in the form of time spent together. In a special atmosphere of shared memories of happy and sad moments of life, we especially feel our kinship and similarity with our parents, as well as family unity and readiness for mutual assistance between relatives.

IN International Father’s Day you can arrange a family viewing of the film, the main character of which is a loving father who is capable of anything for the sake of his children. Among such films are “Life is Beautiful”, “Captain Fantastic”, “Beating Time” and many others.

The father’s presence in children’s lives is the basis of their emotional well-being. Usually it is the father who sets the rules in the family and ensures their observance, and this gives children a sense of stability and security – both psychological and physical. If the father shows interest, tenderness and support to the children, this has a positive effect on the social adaptation of the little one and increases self-confidence.

It’s no secret that our relationships with people in adulthood depend on our relationships with our father in childhood. For example, girls often choose a man who is similar in character to their father, and boys in general model themselves after the example of their father – if he was kind and balanced, there is a high probability that the son will behave in the same way in society.

father’s day reminds us of both the importance and challenges of parenthood. Traditionally, the concept of parental responsibilities differs from the idea of ​​a mother’s responsibilities. In our culture, the father must primarily provide for the children financially and maintain discipline in the family through his authority, but at the same time he must be sensitive and loving. Unfortunately, not every man can handle such a difficult role, and many children, even if they grow up in complete families, do not have a trusting and close relationship with their father.

Ago father’s day — not only a holiday for greetings and gifts, but also an occasion for parents themselves to think about their relationships with their children and, if necessary, try to change them for the better. If the children are already adults, they are also able to analyze the situation, and perhaps forgive the father for his past mistakes and shortcomings. 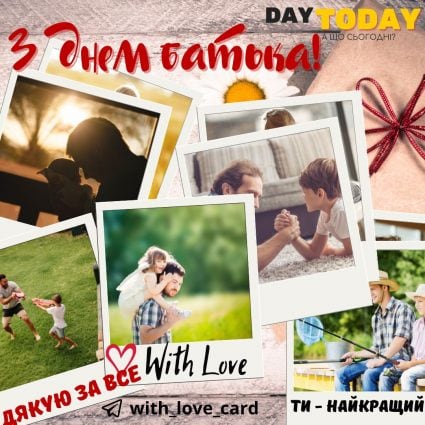 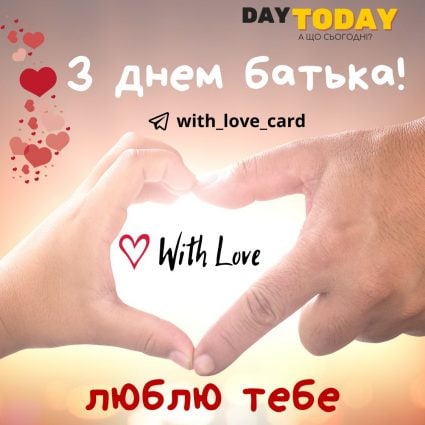 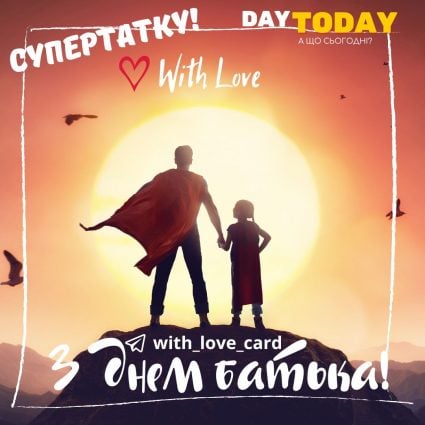 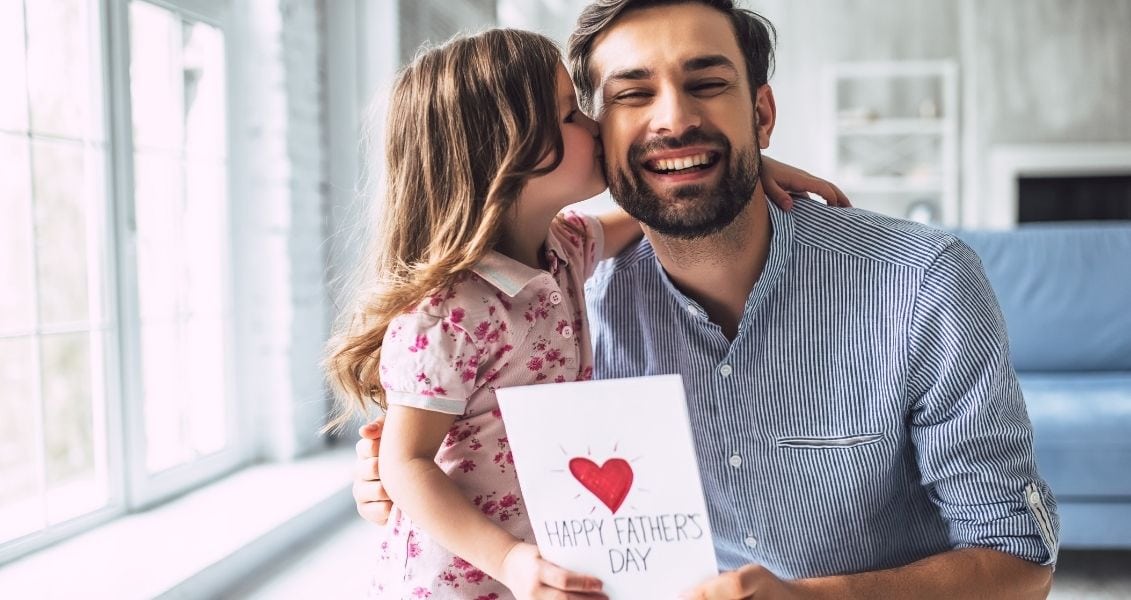