Despite the fact that the history of blogging is quite short compared to the history of the Internet itself, blogs have become an integral part of modern online culture. Almost every person has at least one favorite blog, and this is not surprising, because they are very different – news, thematic, that is, dedicated to a certain professional activity or hobby, or exclusively entertaining. The phenomenon of blogging plays such an important role in people’s lives that there is even a special holiday — World Blog Day or World Blogger Day. This event was founded in 2005 and is celebrated every year on August 31. The date was not chosen by chance – its eps8 vector illustration looks like the word “blog”.

All holidays and events for August 31

How did the idea to celebrate World Blog Day (World Blogger Day) come about?

The first bloggers in history were people who got to know the Internet and realized its value back in the late 1980s. One of them was freelance journalist Justin Hall, then a college student in Swarthmore, Pennsylvania. In January 1994, he opened a personal page on Links.net, which contained short posts with links to the author’s favorite sites.

Hall’s idea was quickly picked up by others, mostly programmers. To be able to share personal thoughts, they started blogging, which they called personal pages or online diaries, because the term “blog” itself did not exist then. It wasn’t until 1997 that Jorn Barger, the author of a blog called “Robot Wisdom,” coined the word “weblog.”

Most of the early blogs focused on the professional activities of programmers, but the first known blog on a traditional news site appeared in 1998, when journalist Jonathan Dube published a story about Hurricane Bonnie for the Charlotte Observer. In the same year, the Open Diary blogging platform was created, which allowed bloggers to comment on each other’s posts. It was the first of many tools that made blogging accessible to ordinary people, regardless of their programming experience.

In 1999, the term “weblog” was replaced by the abbreviated version – “blog” by the light hand of programmer Peter Merholz, which eventually became common. At the same time, three new blogging platforms appeared: Xango, LiveJournal, and Blogger, and blogging began to gain popularity.

2002 was an important year for blogging as authors were able to monetize their blogs with BlogAds, the predecessor of Google AdSense, and the Technorati blog search engine was launched. Some business companies have started using blogging as their main business model.

In the same year, an event took place that clearly demonstrated that the importance of blogs for society is growing. American Heather Armstrong wrote in her blog about colleagues, and for this she was fired from her job. Then there was a heated debate about the privacy and freedom of expression of bloggers, but the first case did not remain the only one – later, for the same reason, the employee of Congress, Jessica Cutler, was fired.

The blogosphere was further changed by two new platforms launched in 2003 — TypePad and WordPress, which made it easy to create your own blogs. It is believed that this is when live blogging began, and one of the first to use this innovation was the British newspaper “Guardian”, covering the press conference of Prime Minister Tony Blair.

In January 2005, a special study was conducted in the USA, which revealed that 32 million citizens read blogs. The line between official news and blog information began to blur, and soon blogger Garrett Graff was the first to gain access to the White House as a reporter. Video blogs, which have been few and far between until now, have had tremendous opportunities to grow with the launch of YouTube. Today, successful bloggers on YouTube earn millions of dollars, and Forbes magazine dedicates a separate rating to them every year.

In 2006, Twitter co-founder Jack Darcy published the world’s first tweet and this was the beginning of the era of microblogging, that is, sharing any type of content in the smallest possible format. But this form of real-time blogging has led to threats and insults in posts and comments. Therefore, in 2007, media mogul Tim O’Reilly offered the blogger Code of Conduct to the community, which defined certain boundaries.

After 2007, there were fewer significant events in the world of blogging, and this is natural, because the phenomenon has become extremely popular, as evidenced by the launch of the White House Blog in 2009 and the release of the movie “Julie and Julia”, based on Julie Powell’s book about how to become a successful food blogger.

In 2011, Google decided to update the “Panda” algorithm in order to weed out sites with low-quality content. This has resulted in many blogs falling out of search results due to lack of meaningful content and overuse of keywords, while at the same time blogs with high-quality information have ranked higher. 2012 was marked by the launch of the Medium platform, which made blogging accessible even to people who do not have their own blog.

Thus, since the first blogs appeared, a lot has changed – from modest personal pages, they have turned into popular platforms for sharing thoughts, feelings and experiences, as well as for conducting business. At the same time, the difference between amateur and professional blogging is increasingly blurred, because bloggers monetize their content either through advertising or through the sale of their services.

Which blog categories are the most profitable?

It is believed that blogs on financial topics bring the most money to their authors. Other profitable niches are fashion, travel, health and fitness, as well as blogs for moms, cooking, home economics and pets.

How many people read blogs?

How profitable is blogging for businesses?

Businesses that blog get 55% more traffic to their sites than those that don’t. This is of great importance to the business as it means more leads and sales.

On average, people spend 37 seconds viewing a post, but there are also attentive readers. They prefer messages that can be read in about 7 minutes. In terms of the text, it is approximately 1,600 words.

Which blogs are more popular today – text or video?

Recently, video is winning over text, and not only in blogs, but also in social networks. Surveys show that 72% of people enjoy watching video blogs more than reading text blogs.

The best way to celebrate this holiday is to create your own blog on one of the platforms, especially since it is not difficult to do it by choosing one of the templates. You can choose any topic for the first post, because on this day we have a great opportunity to express our opinion on all important issues – from fashion and diet to political views and discussing a sports match. Maybe on World Blogging Day, after talking with people in the comments, someone will find that writing a blog is interesting and enjoyable, and blogging can become a favorite pastime for a long time.

If running your own blog is not part of the plans, then on August 31 you can find many blogs for any taste and with pleasure read interesting posts on current topics or watch video content. It is especially interesting and useful to visit blogs that differ from conventional opinions and usual culture – if they do not become favorites, then they will certainly contribute to the expansion of the worldview. It is also worth sharing information about World Blog Day or World Blogger Day in social networks.

This day helps to learn more about blogging and realize its importance in our daily life, because not everyone has deep knowledge in this area.

Blogs are extremely important for education – they are a link between teachers and pupils or students, especially in today’s environment, when the educational process often takes place online. In business, blogging allows you to communicate with customers on a personal level, resulting in long-term relationships and a constant customer base. This is a great opportunity to promote your brand and increase sales, especially for small businesses.

Blogging is also useful for freelancers—for example, a web designer might blog about how to build a website from scratch. If such a blog is present in the search results, it will help the specialist to get more orders. In addition, by regularly updating your blog, you can work with clients without intermediaries in the form of freelance exchanges.

After all, blogging is a source of income for many people, often even the main one. The advantage of this activity is that not only IT specialists can succeed in it, but even teenagers and housewives — it all depends on the right choice of blog topic, as well as how much effort and time a person is able to devote to it.

When will we celebrate World Blog Day (World Blogger Day)? 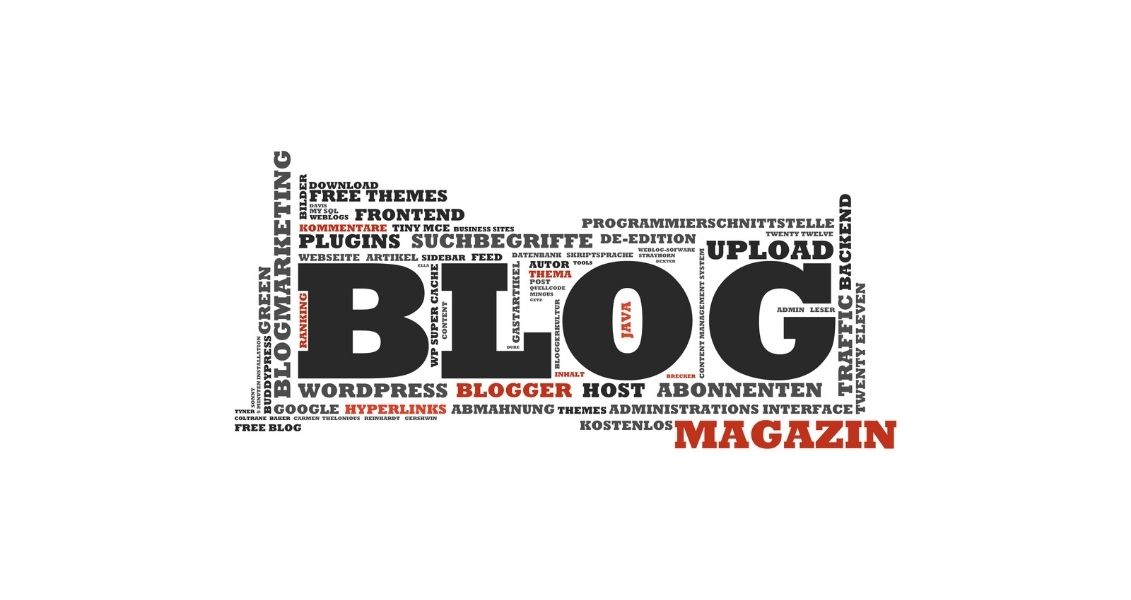 Read more:  International Day for the Elimination of Violence against Women

When is World Theater Day 2019

Day of the State Coat of Arms of Ukraine