An important place in the system of universal moral values ​​is occupied by personal relations between people, one of the forms of which is friendship. Sincere friendships are always based on personal friendship, sympathy and mutual respect, as well as common views on important issues. It is impossible to imagine life without friends – without support in a difficult moment, shared joy, understanding and pleasant communication. But friendship is important not only for individuals — in a global dimension, it can unite whole communities and nations and thereby promote understanding between them. Recognizing this, the UN General Assembly established a holiday — International Friendship Daywhich is celebrated every year on July 30.

All holidays and events for July 30

How did the idea to celebrate International Friendship Day come about?

Philosophers began to describe and analyze friendship since ancient times. Aristotle singled out three of its types — friendship for benefit, friendship for mutual pleasure, and friendship based on shared values. The latter was considered the rarest and most valuable. Within the framework of this structure, according to Aristotle, there were several subspecies of friendly relations – hospitality, friendship between close people, between associates and political allies.

Hospitality, which implied respect and honor between host and guest, was given exceptional importance in Ancient Greece, and the patron of this virtue was Zeus himself. The fact that in Aristotle’s time there was a concept of friendship between family members, for example, between parents and children, is quite revealing. This gives a reason to think about family relationships in ancient times and compare them with the present. As for friendship between politicians, its meaning was mutual benefit, in particular, in gaining popular support.

Different philosophers had slightly different ideas about friendship – for example, Socrates believed that friends should be united only by the search for truth and wisdom, and Plato claimed that people from different social strata could never be friends. At the same time, for all ancient thinkers, the idea of ​​friendship was directly related to the world of men — they believed that only representatives of the stronger sex possessed noble character traits and, therefore, could create friendly ties.

The Roman philosopher Cicero in his treatise “Laelius, or about friendship” considers friendship extremely important in human relationships, and calls honesty and valor its main conditions. True friends should have the same views, opinions, character traits and political preferences.

Comparing new and old friends, Cicero favors the old, comparing them to aged and therefore valuable wine. At the same time, the philosopher puts the duties of a citizen above personal friendship and claims that it is unacceptable to commit dishonorable actions even for the sake of preserving friendship.

In general, in the Roman system of values, friendship acquired a political and legal significance, because such a type of these relations appeared as friendship during the election period. In this case, there was no question of moral qualities or selflessness – only mutual political interest dominated.

In the perception of friendship during the Middle Ages, religion began to play an important role. On the one hand, the relationship with one’s neighbor implied friendship and love, but at the same time, very close friendships were considered dangerous, because a strong attachment to a person should not exceed love for Christ.

“Friends have everything in common”

During the Renaissance friendship ceased to be considered something sinful, and the treatises of ancient philosophers, as well as ancient culture, became the subject of study and admiration. It was a time when warm letters were written to friends, expressing sincere emotions about friendly feelings. The humanist idea of ​​friendship was especially noticeable in the works of Petrarch, and the scientist Erasmus of Rotterdam became famous for the phrase “Amicorum communia omnia” – “Friends have everything in common”, which echoed the ideas of Cicero.

The Enlightenment brought new changes to the idea of ​​friendship. In religious terms, it was believed that selfless love for one’s neighbor is a manifestation of love for God. Many thinkers, as before, considered friendship to be a sincere feeling, but open skeptics also appeared. For example, the writer Francois de La Rochefoucauld wrote that friendship is nothing more than a trade in which personal interests and benefits always prevail.

Industrialization and urbanization, as new and often dangerous living conditions, forced people to reevaluate the value of friends they can rely on. At the same time, the theme of friendship was very popular in the literature of the 19th century: both in terms of its value and the boundaries of this feeling.

The 20th century destroyed one of these boundaries – social affiliation, and friendship between rich and poor, aristocrats and commoners became a common phenomenon. Friendship between people of different nations took on another form — on the basis of political ideologies, for example, anti-racism.

The so-called virtual friendship, which never existed before, has become a feature of the 21st century — thanks to mobile communication and social networks, it is possible to communicate and develop friendships even without personal meetings. Of course, this kind of friendship is quite controversial, and so far it is not entirely clear whether technology has brought people closer in terms of friendship or, on the contrary, pushed them further apart.

In today’s world, at the highest international level, friendship is recognized as an effective tool for sustainable development. In 2011, expressing the belief that friendship between individuals, cultures, peoples and countries can inspire peace efforts and promote mutual understanding in the world, the UN General Assembly declared July 30 the International Day of Friendship.

International Day of Friendship in History

Frequent Questions and answers on the International Day of Friendship

What cases of friendship have the oldest history?

Such can be considered biblical examples – the friendship between David and Jonathan; between Ruth and Naomi; and also the friendship of Jesus Christ with Lazarus and his sisters Martha and Mary.

Has the number of friends of modern people changed compared to the past?

A study conducted by the American Sociological Review showed that the number of close friends people have decreased by a third over the past 20 years. In contrast, the number of people who have no friends at all has doubled. Most adults have one or two close friends.

How many friends can an average person have in a lifetime?

Statistics show that, on average, we start friendships with 396 people in our lifetime. However, only in one out of 12 cases do these relationships continue for a fairly long period of time.

Is friendship characteristic of animals?

Thus, scientific studies confirm that apes, as well as whales, dolphins, elephants, horses, hyenas and other creatures often have faithful animal friends, while they may belong to different biological species.

How does friendship affect health?

The presence of friends has a positive effect on a person’s well-being – the risk of depression and stress level decreases, immunity increases. Friendships even increase the chances of recovery in case of a serious illness by 50%. In contrast, the lack of friendships has a negative impact on health comparable to smoking or obesity.

How to celebrate International Friendship Day?

This holiday is meant to be spent with nice and close people. Therefore, it is worth inviting your closest friends to a meeting – for a picnic, to a coffee shop or just at home. And since this day is a holiday, it is appropriate to prepare small symbolic gifts for friends that will remind them of this meeting and friendship in general.

You can share information about International Friendship Day in social networks, as well as post photos with interesting events and stories related to friendly communication. This can be one way to express gratitude to your friends and show how much your friendship with them is valued. A somewhat forgotten, but such a romantic and touching way to express your sympathy is to send paper greeting cards to your best friends, especially if they are far away.

International Friendship Day is a great reason to start a new tradition in your own friendly company. For example, every year on July 30, gather at a certain time in a certain place, or organize a joint trip every time.

If you feel a lack of friendly communication, you should devote this day to finding new friends. As a rule, it is easiest to find them by doing something useful together with other people, for example, various types of volunteering.

This day makes us think about such a familiar and everyday concept as friendship. Looking back on all the friends we’ve had in our lives, we can’t ignore the fact that each of these relationships changed us in some way and taught us something. Sometimes friendship becomes a real life lesson that is learned forever.

Despite the fact that International Friendship Day founded by such a serious organization as the UN, it is a positive and informal holiday that encourages pleasant and fun leisure. It’s no secret that in today’s world, people have less and less time for real communication, so this event is one of those that contribute to the preservation and development of friendly relations.

On this day, we often have a desire to find old friends – from school or university, contact with whom for various reasons has been lost for a long time. If you manage not only to find a person, but also to restore a sincere friendship, it can become a real gift.

Even on the International Day of Friendship, it is appropriate to analyze such relationships, which can be called friendly only formally. Unfortunately, friendships do not always last a lifetime, and no one is immune to dishonesty and disrespect from some friends. If friendship with a certain person does not bring joy and satisfaction lately, it is better to end it.

Postcards for the International Day of Friendship 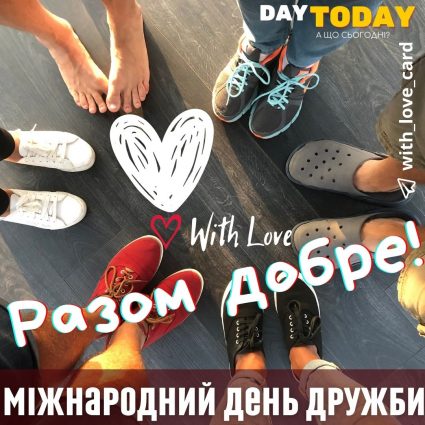 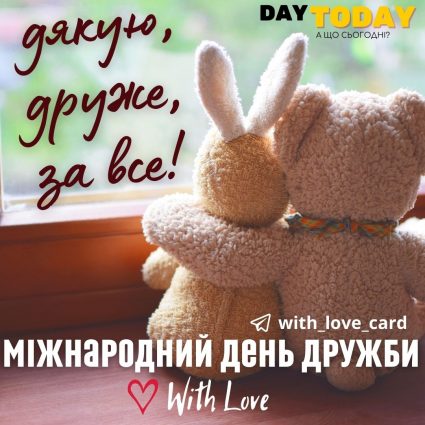 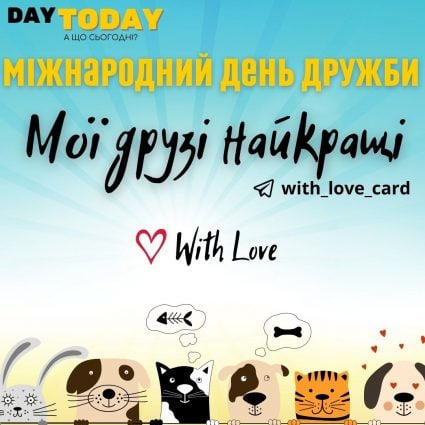 When will we celebrate International Friendship Day?? 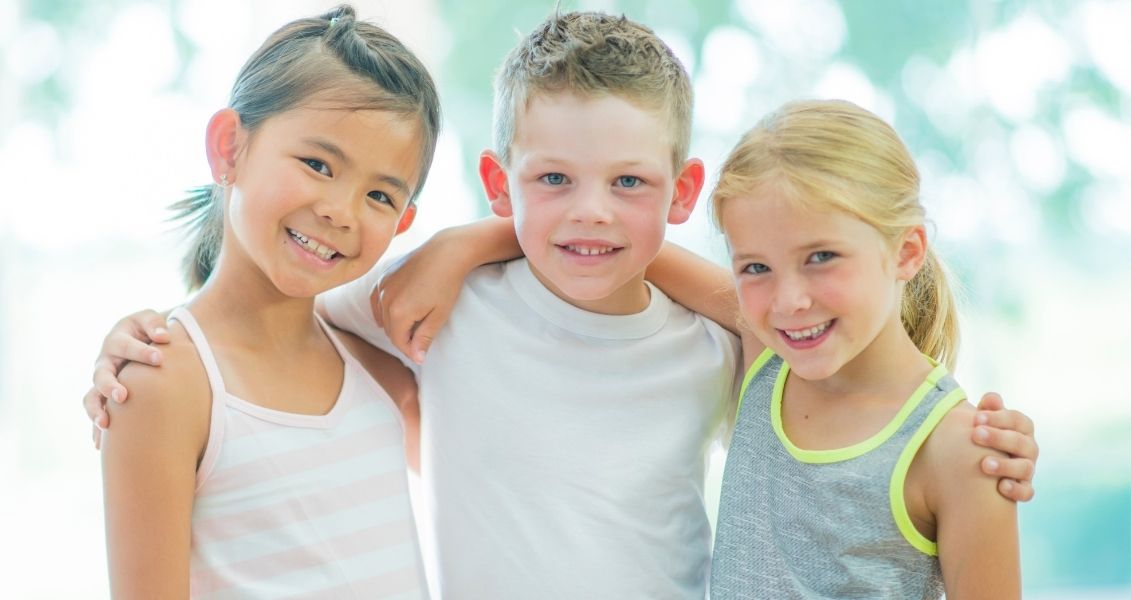