Social networks are online platforms that allow you to share thoughts, ideas and information by creating virtual communities. Thanks to social networks, we are always in touch with people, communication with whom is important for us, primarily our loved ones, as well as friends, colleagues and just good acquaintances. There are many opinions about the positive and negative impact of social networks, but there is no doubt that in just a few decades, thanks to this phenomenon, communication and other areas of human life have undergone impressive changes. Therefore, in 2010, on the initiative of one of the US media companies, a special holiday appeared — World Day of Social Networkswhich has been celebrated on June 30 every year since then.

How did the idea to celebrate World Social Media Day come about?

Humans are social creatures and for a fulfilling life we ​​all need to interact with other people. So the origins of social networks begin much earlier than it seems at first glance, and this phenomenon is a natural result of the centuries-long development of ways of communicating at a distance.

For example, the advent of the telegraph at the end of the 18th century made it possible to deliver messages much faster than the postal horse service. Around the same time, another interesting invention appeared in Europe — pneumatic mail, which worked thanks to a system of pipelines where small shipments were moved under air pressure.

The last decade of the 1800s was notable for giving the world two important discoveries — the telephone and the radio. Telephone lines and radio signals made instant communication possible over great distances, something that had never been done before. Both technologies are still used today, although the modern versions are much more complex than the previous ones. Of course, the methods of communication by telegraph, telephone and radio cannot be considered social networks in the modern sense, because they do not involve the formation of a wide community.

In the 20th century, technologies began to change very quickly. After the first supercomputers appeared in the 1940s, scientists and engineers in the US began developing ways to network them together, which later led to the creation of the Internet. The earliest forms of the Internet, such as ARPANET, were created in the 1970s. At the same time, the first primitive versions of e-mail were developed.

In 1980, the world’s first real-time text chat was made possible by the CompuServe service. By joining any of the thousands of discussion forums, you could discuss important events and exchange ideas. Such forums proved extremely popular and paved the way for the social media we are used to seeing today.

SixDegrees is considered the first social networking platform. Founded in 1997 by Andrew Weinreich, this website allowed users to create personal profiles, invite friends, and visit other users’ profiles. The name SixDegrees comes from the well-known theory of “six handshakes”, according to which no more than five mutual acquaintances separate any two people on Earth. At the peak of its popularity, SixDegrees had about 3.5 million users, but in 2001 the site was closed.

In 2002, the Friendster site appeared, developed by Jonathan Abrams. Similar in interface to a dating site, this project turned out to be successful – in 10 years after its opening, Friendster registered more than 100 million users. The year 2003 was marked by the emergence of LinkedIn, a social network for business contacts, and MySpace, an international social network that provided more interactive opportunities than any of its predecessors.

Facebook was launched in 2004 by Mark Zuckerberg to unite Harvard University students, and within a year the network had 2 million users from 500 universities, and in 2006 it became open to everyone. However, MySpace was much more successful at the time—by 2006, it had become the largest social networking platform where users created communities of interest, blogs, and posted photos, videos, and music. It wasn’t until 2008 that Facebook overtook MySpace in terms of users. Ease of use, numerous available features, or an extremely successful name – what exactly contributed to Facebook’s great success is still a matter of debate.

In 2005, video hosting with elements of a social network called YouTube began to operate, which became an opportunity to have a profitable business for creators of their own content, and in 2006 Twitter appeared – an Internet microblogging service, where it is easiest to follow news in real time. Usually, the latest information first appears on Twitter, and then spreads to other platforms.

Instagram is a popular network for sharing photos and videos, which, having appeared in 2010, gained more than a million users in just the first few months. Sensing a strong competitor in Instagram, Facebook acquired this platform in 2012, paying the owners $1 billion.

Another acquisition by Facebook was the platform for exchanging encrypted messages — WhatsApp, which cost the company $16 billion in 2014. The platform for sharing short videos — TikTok, created in 2016 by the Chinese company ByteDance, has become a new social network whose popularity is only growing.

On June 30, 2010, the American entertainment, technology, science and culture company Mashable announced the first World Day of Social Networks. This company is known for its media platform and news site, as well as the Mashable Awards for the best online services. World Social Media Day, according to Mashable, should be one way to recognize the influence of social media on communication around the world.

Frequent Questions and answers on World Day of Social Networks

Where does the term “social network” come from?

The concept of “social communities” appeared in sociology at the end of the 19th century, but the author of the term “social network” is considered John Barnes, a writer and scientist, who in 1954 used this phrase in one of his scientific works. Barnes believed that the size of the social network around one person is approximately 150 people.

How many users are registered in all social networks?

Social networks currently used by 4.2 billion people, which is approximately 53% of the world’s population.

What are the most popular social networks today?

For a long time, the first place in popularity among social media owns Facebook. As of the beginning of 2021, 2.7 billion people used this network. YouTube is in second place with 2.3 billion users, followed by WhatsApp (2 billion users).

How much time does the average person spend on social networks?

The time people spend on social media, is increasing every year. If in 2017 the world average was 135 minutes per day, then in 2020 it will be 145 minutes. Residents of the Philippines spend the most time on social networks – about 4 hours, and the least – Japanese (less than one hour).

What age group has the most social media users?

How to celebrate World Day of Social Networks?

It is logical to mark this day with activity on social media — write a post, publish a selfie or an interesting video. It is also worth discovering at least one new social network, because there are a lot of them. Be sure to spread information about World Social Media Day on June 30.

If there are plans to create your own content, for example, on YouTube, then this day will be a great opportunity to start taking action. Of course, this is not an easy job, but an example can be successful bloggers who, thanks to social networks, realize self-realization and get a good profit.

It is appropriate to organize an original event on this day – a meeting with friends from social networks in real life. It’s always interesting to meet someone you know only from the computer screen in real life, because sometimes people tend to show online only the best features and ideal life moments.

The phenomenon of social media often inspires filmmakers to create films that can be devoted to a part of the day. For example, view a picture “Social network” – the story of the creation of Facebook or the movie “Social Dilemma” – about the dangers that social networks can pose.

Usually we think that social networks is primarily a convenient opportunity for communication. The World Day of Social Networks is designed to draw attention to other important aspects of this phenomenon.

It is impossible not to notice that social networks have an influence on the development of the political situation in the world. Sometimes even revolutions start in social networks. The pages of presidents and influential politicians of various countries gather a lot of visitors, and in connection with their significant influence on people’s thoughts and moods, the peculiarities of social media communication of the highest state officials in many countries have already begun to be regulated at the legislative level.

Entrepreneurs have long understood that thanks to social networks it is possible to successfully promote goods and services. Therefore, a new specific type of marketing appeared — SMM, based on the use of information about the target audience, its tastes and preferences.

Now social networks have become a tool for both job search and employee search. Thematic forums, communities of interest — all this provides an initial insight into the skills and professional skills of a particular person. Profiles in social networks testify, at least, about the peculiarities of the character and manner of communication, therefore employers often use this method of checking a future employee.

Today, there is a huge number of social networks, some of them are even interconnected, and this creates an environment that can reach the maximum number of people. One can only imagine what social media will be like in the coming decades or in 100 years, but it is clear that humanity will never give up this form of communication.

When will we celebrate the World Day of Social Networks? 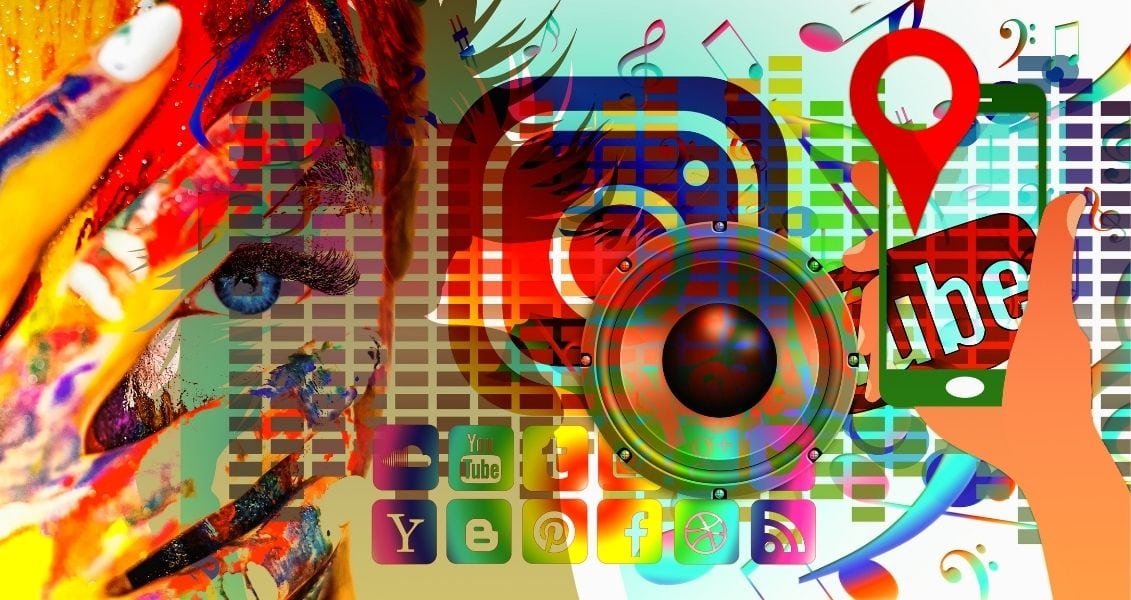 Day of memory of Saint Agafia