Poetry is not just a part of global culture, but also one of the genius achievements of mankind. The special energy of poetry can lead, inspire and unite. Just a few lines of poetry can strangely convey romantic feelings and philosophical reflections, the joy of life and the pain of loss. And it doesn’t matter what language the talented poems are written in – the feelings and emotions they express know no boundaries. In order to promote the art of poetry among the population, support linguistic diversity through poetry and promote small publishing houses, UNESCO established World Poetry Daywhich is celebrated annually on March 21.

How did the idea of ​​celebrating World Poetry Day come about?

It is not known exactly when people began to compose poetic works, but it is clear that poetry in one form or another has existed for many millennia. The earliest documentary evidence of this is the Epic of Gilgamesh written in cuneiform on clay tablets. It was created in Ancient Mesopotamia, approximately in the XVIII-XVII centuries BC.

Other examples of the oldest poetry there are epic poems of India – “Mahabharata” and “Ramayana”. Both works are veritable encyclopedias of Indian culture, philosophy, religion and customs. They preserved priceless information about the peculiarities of the era, which did not leave any other literary evidence.

The ancient Greek poet Homer became famous with the poems “Iliad” and “Odyssey”. The “Iliad” tells about the events of the Trojan War, and the “Odyssey” describes the travels and adventures of its participant named Odysseus. In the poetic culture of ancient Greece, there were more than thirty poetic genres — odes, fables, lyrics, and others. Poetry was so revered that three of the nine ancient Greek muses were responsible for certain of its genres: Calliope — for epic poems, Erato — for love lyrics, Polyhymnia — for sacred hymns.

In Rome, one of the most outstanding poets was Virgil, whose “Aeneid” is considered the national epic of Ancient Rome. The most famous poet-lyricist of Rome was Horace, and the events of ancient myths were reflected in his poem “Metamorphoses” by the poet Ovid.

Sonnets became an important milestone in the history of poetry. Traditionally, sonnets were written in five-step iambic, and their most famous authors are Petrarch and Shakespeare. The sonnets of Petrarch, who lived in the 14th century, are an example of sublime love lyrics. They sing about one woman – Laura, whom the poet saw only once in his life. Shakespeare’s sonnets, written in the late 16th and early 17th centuries, have a broader theme — in addition to love, they include themes of friendship, moral contradictions, and social customs.

A special national poetic genre was widespread in Ukraine — dumas, that is, epic and lyrical poems performed in recitative to the accompaniment of bandura or kobza.

But the real spiritual leader for Ukrainians was Taras Shevchenko. Born in serfdom, he had outstanding artistic and poetic talents, and for the revolutionary mood of his poems, he survived a ten-year exile. Despite his short life, the Ukrainian genius left many outstanding poems, ballads, novels and the collection “Kobzar”. Shevchenko is a poet of a global scale — his poems have been translated into most of the world’s languages, and many monuments to the poet have been erected even outside of Ukraine.

At the end of the 19th and the beginning of the 20th century, new poetic currents emerged — symbolism, futurism, Acmeism, and imagism. Representatives of these currents are famous poets — the French Rimbaud, Verlaine, Baudelaire; Russians Balmont, Blok, Bryusov, Gumilyov, Mandelstam, Akhmatova, Yesenin and many others. At this time, Ukraine is being enriched by the works of the classics of national poetry — Ivan Franko and Lesya Ukrainka.

The first half of the 20th century gave Ukraine the work of Maksym Rylskyi, Pavlo Tychyna, Volodymyr Sosyura, Andriy Malyshko. Despite the strict framework of state censorship, these poets managed to write poems that have not lost their relevance to this day.

The 1960s were called the “era of the sixties” – young inspired people, in particular, poets, who invested in their poems an advanced civic and national position. The work of Ukrainian poets of that era — Vasyl Stus, Vasyl Symonenko, Dmytro Pavlychk, Lina Kostenko — remains relevant even now.

Modern Ukrainian poetry, based on age-old traditions, has at the same time become more globalized. Poets belonging to different generations pay a lot of attention not only to national, but also to universal human problems. Serhiy Zhadan, Oksana Zabuzhko, Yuriy Andruhovych, Andriy Lyubka are among the most famous modern Ukrainian poets.

From ancient times to the present day poetry remains a living form of art that is constantly evolving, but its essence remains unchanged – the desire to reproduce the deepest and most important human feelings.

Which poet’s works are most popular in the world?

William Shakespeare is the leader in terms of sales volume – about 4 billion books with his poetry have been sold in the world. The poet’s legacy consists of 40 plays, 150 sonnets and several eulogies. Shakespeare’s plays have been translated into more languages ​​and performed more often than the plays of any other author.

Which of the famous poetic works is the greatest?

The Indian Mahabharata is considered the largest literary work in the world — it consists of 18 books containing 1.8 million words.

There are poems without rhyme – the so-called white poems, this was the form of all ancient poetry. But white poems still have a certain verse size, that is, rhythm. Another type of verse without rhyme is verlibr, or free verse. They are characterized by the absence of both rhyme and rhythm, thanks to which the poet has more freedom in choosing words.

The average person uses 8,000 words for full communication. For comparison, 22,000 different words are used in Pushkin’s poetry, and 15,000 in Lermontov’s.

Why is the winged horse Pegasus a symbol of poetry?

Pegasus became a symbol of poetic inspiration as early as the 3rd century BC. According to an ancient Greek myth, a winged horse delivered thunder and lightning to the god Zeus on Mount Olympus. Flying over Mount Helicon, where the muses – patrons of the arts – lived, Pegasus hit the ground with a hoof. A source appeared in that place, from which poets began to draw inspiration.

How to celebrate World Poetry Day?

In Ukraine World Poetry Day began to be celebrated since 2004. On this day, poets are honored, poetry concerts are organized, thematic lectures are held in literary museums and libraries, and novelties of modern poetry are presented. Mass media publish poems and materials about the lives of famous poets.

The easiest way to note World Poetry Day — take a collection of your favorite poet from the bookshelf and once again enjoy the beautiful work. It is also an occasion to replenish your poetry library with a new book, and not to forget to purchase a book of poems for children.

If possible and desired, you can attend a poetry evening or take part in a poetry flash mob. It will not hurt to arrange a poetry evening at home, or just listen to an audiobook with insightful poems. And if the idea of ​​writing your own poems has been bothering you for a long time, March 21 is the time to realize this idea. It doesn’t matter what comes out of it, because the main thing in poetry is self-expression. By the way, on this day you can find master classes on writing poems, including online.

And on World Poetry Day, you should definitely congratulate those you know who write poems. This greeting will be especially important for beginning poets.

We hear poetry from the first days of our lives. First, mother’s lullabies, then funny nursery rhymes that help learn new words. The school curriculum introduces us to the outstanding works of classical poets, and at a young age, some try to write poems themselves. But with the passage of time, we usually limit our literary interests to prose – popular science books, fantasy and romance novels and ignore the genre of poetry. However, this genre is very important for personal development.

Poetry is almost a separate language, very sensual and melodic. It is always correct, and even the roughest topic expressed in poems becomes democratic and loyal. After reading talented poems, rudeness or cursing seems impossible, you want to communicate with people on a more delicate level.

Poetry allows us to better understand other people, because we seem to look into the poet’s soul. No matter what feelings a person has at a certain moment, there will always be a poem that will incredibly accurately convey this state of mind. That’s why sometimes you can better understand yourself – stormy emotions and thoughts in poetry are always expressed in the right theses.

Small poetry collections are a way out when there is almost no time for reading. Reading poems does not require such time investment as, say, a novel. In addition, unlike prose, poetry is a more “concentrated” genre in terms of conveying thoughts and feelings, therefore it teaches to find the essence in the variety of life information.

Poetry increases the desire to create, significantly expands the worldview, enriches the language with new words, and inspires interesting ideas. And learning poetry by heart is useful not only for children, but also for adults, and especially for the elderly. This activity, in addition to memory training, can prevent brain aging processes.

When will we celebrate World Poetry Day? 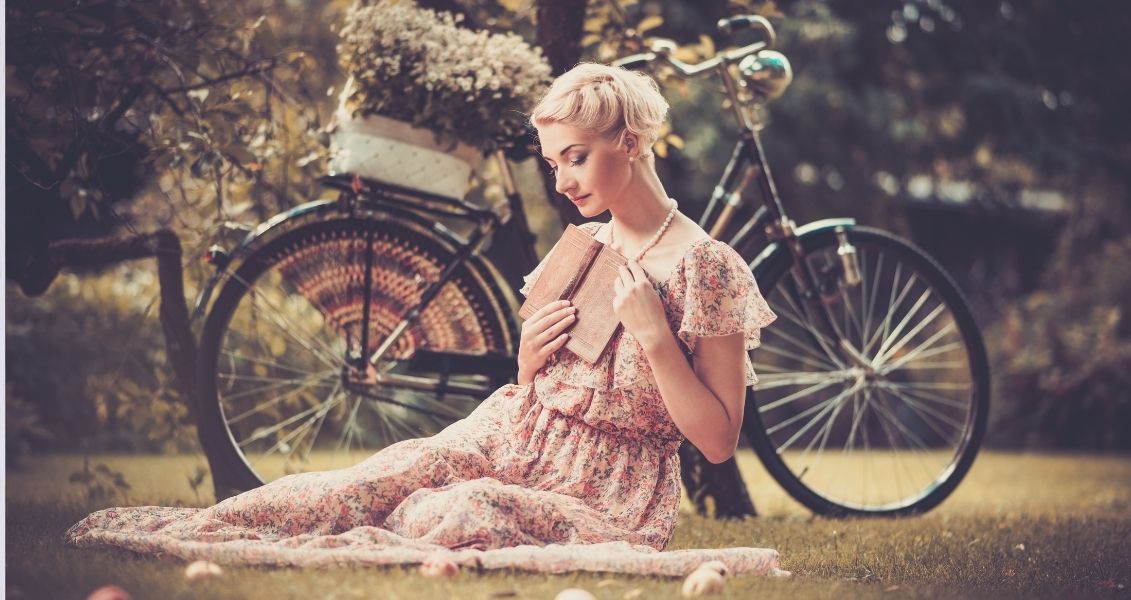