International pancake day (International Pancake Day), or Shrove Tuesday (Shrove Tuesday) is a special day celebrated in many countries of the world. It is especially popular in the UK, Canada, USA, Australia, Ireland, France, Spain, Italy and Brazil. Each country has its own special traditions for celebrating this day, but all are united by the main culinary event — cooking pancakes in a pan and tasting them. This holiday always falls on a Tuesday, depending on the year – in February or March. This Tuesday precedes the beginning of the 40-day Easter fast.

How did the idea of ​​celebrating International Pancake Day come about?

Pancakes loved by everyone – just a reminder of their taste and aroma causes an appetite. This is the embodiment of delicious, familiar home food. Pancakes are popular all over the world under different names, they come in different sizes, with different sauces and flavors. But regardless of what they are called, in essence it is a flat cake made of liquid dough, cooked in a hot pan.

The pancake has a very ancient history. It was the very first dish that people learned to cook from cereal plants. Back in Neolithic times, without ovens and pans, our distant ancestors baked something similar to pancakes on a hot stone. This is indicated by studies of 30,000-year-old stone millstones that were used to make flour.

Some researchers consider ancient Egypt to be the birthplace of pancakes in their modern sense. Unleavened dough cakes, similar to pancakes, were baked there 5 thousand years ago. Archaeologists found frescoes depicting this process in the tombs of the pharaohs.

The ancient Greeks and Romans made pancakes with olive oil from wheat flour, eggs, milk and wine. Since sugar as a product did not yet exist, honey was added for sweetening, and pepper for piquancy. Pancakes were sold as street food, and ancient Greek poets even dedicated their poems to them.

There were already many varieties of pancakes in medieval Europe. They were prepared from various flours, various spices were added, even rose water, sometimes alcohol – wine or beer. In those days, there were interesting metaphors for various pancake ingredients.

Pancakes with honey were always served at weddings to newlyweds – it was believed that this would give them a better chance of giving birth to a son.

Pancakes were attributed miraculous properties – a pancake attached to the front door was supposed to protect the owners of the house from diseases.

In France in the 1500s, pancakes were used to dress wounds instead of bandages – they were cheaper, and they were also a good absorbent. William Shakespeare mentions pancakes in several comedic plays, indicating the true popularity of the dish during the Renaissance.

Later, pancakes began to be used also as a cosmetic product. In the 1700s, rich Europeans put them on their faces while they were still warm – the milk and butter in the pancake were supposed to help soften and rejuvenate the skin.

Like many other holidays, Pancake Day dates back to pagan times. Then it was a holiday of the arrival of spring, and the reddened, warm, round pancakes symbolized the Sun. It was believed that by eating pancakes, a person gets strength, light and warmth from them.

After the establishment of Christianity, the holiday adapted to new conditions and began to be celebrated on the last Tuesday before the Easter fast. In the Christian religion, it is a day of repentance, and the tradition of feasts and fun remained in it from pagan customs.

Before the onset of Lent, Christians had to get rid of all fast food. But no one would throw away expensive products, so according to tradition, meat dishes were prepared and eaten on the last Monday before fasting, and Tuesday was devoted to pancakes. It was they who made it possible to use the available supplies of milk, butter, and eggs and to eat all the fast food at once. In addition, it was the last opportunity to treat yourself to something delicious before the 40-day cleansing period.

During fasting, believers also refuse entertainment, such as dancing or games. Therefore, Shrove Tuesday was the last day of permitted fun. Probably, that is why in the 15th century an English housewife started the tradition of fun competitions – pancake races.

She was preparing pancakes when suddenly the church bells began to call for confession and repentance. In order not to spoil the pancake and not to be late for church, she went there with a hot pan in her hands. This story is a legend or a true fact, but since then funny races of women with pancakes on pans have been held annually.

The most famous of them take place in the city of Olney in central England. The distance is 400 meters, in addition, the pancake should be turned over as many times as possible by throwing it while running. The hostess who does it the most skillfully wins.

Why does the date of International Pancake Day change every year?

Shrove Tuesday falls between February 2 and March 9, depending on the date of Easter, which is not fixed.

What types of pancakes are the most famous in the world?

How many calories do pancakes contain?

What makes a pancake different from an ordinary pancake?

Pancakes are prepared exclusively with milk, they contain a leavening agent. Pancakes taste like sponge cake, they are fluffy and springy. They are served with maple syrup, honey, chocolate sauce and berries.

What are the peculiarities of Ukrainian pancakes?

Traditional Ukrainian pancakes are called nalysniki. They are prepared thin and served with various fillings, sweet or cheese or meat or mushroom.

How to celebrate International Pancake Day?

Each country has its own special traditions on this day. For example, in Denmark, in addition to being treated with sweet pastries, there was an interesting custom when the tub was beaten with wooden sticks. In ancient times, a cat was chased out of a tub in this way, and it symbolized the expulsion of evil spirits. Now no one touches the cats, and the tub has been replaced by cardboard boxes with treats.

Residents of Canada add unexpected surprises to pancakes – for example, they bake a coin, button or ring inside. Each of these objects has its own meaning and foretells certain changes in life to the one who receives such a surprise.

In England, in addition to eating pancakes and fun competitions on this day, there is also a tradition of folk football matches, which gather a huge number of participants.

In Ukraine, the holiday of pancakes is usually Shrove Tuesday, which does not coincide with Shrove Tuesday. But nothing prevents everyone who wants to celebrate International Pancake Day. Moreover, this does not require a lot of time and effort – all you need is a set of simple products, a pan and a desire, and soon a pile of fragrant, ruddy, sunny pancakes on a plate will please the whole family.

It is impossible not to love pancakes, because this dish provides many variations for every taste. Sweet or salty, with filling or sour cream – numerous pancake recipes are kindly provided by cookbooks and the Internet. Diet options for making pancakes in our selection of recipes.

This dish is not only versatile, but also easy to prepare. At the same time, you don’t need to go to the store – probably everything you need for pancakes can be found on the shelves and in the refrigerator.

Pancakes are a quick and satisfying snack that is convenient to take to work, on a trip, or to give to a child at school. A pancake with chocolate paste will give strength and restore the working capacity of both an adult and a child. Now it is possible to prepare even gluten-free pancakes in case of allergy to wheat protein.

Pancakes are a dish that brings back memories of childhood, when our mothers and grandmothers lovingly prepared them for us. The taste of those pancakes remains forever in the memory, and even the newest and most sophisticated restaurant recipes cannot compare with them.

After all, International Pancake Day is an optimistic, cheerful holiday, which also comes on the eve of spring. It does not burden us with unnecessary difficulties or problems, but only requires a good mood, a good appetite and friendly company.

When will we celebrate? International Pancake Day? 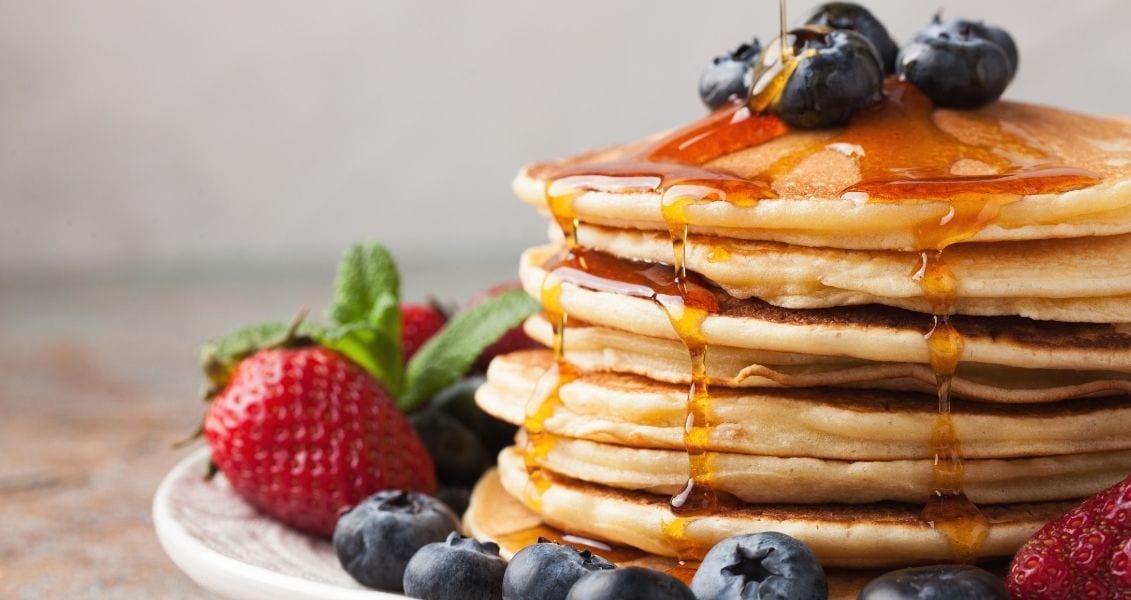 Read more:  International Day Against Sexual Exploitation and Trafficking of Women and Children

Day of the employee of the glass industry or glass manufacturer