Winter is coming to an end, exhausting us with cold and gloom. The biggest winter holidays have already passed, and the most important spring holidays are still ahead, but right now everyone has a special premonition of the inevitability of sunny days and the much-desired warmth. So, it’s time to say goodbye to winter and welcome spring, that is, to celebrate Masnitsa (Maslyan, Shrovetide).

This life-affirming tradition in the form of entertainment and treats comes from the Slavic Vedic culture, but Masnitsa is recognized even by the Christian church. The holiday falls every year on the week preceding the beginning of the Easter fast, so it does not have a fixed date.

Like all ancient Slavs, proto-Ukrainians believed that special ritual actions performed at a certain time (dances, songs, fun, dressing up) could frighten the gods of death and darkness and make them leave faster, making room for others – those who gave light and awakened the earth to life. The religion of that time was quite practical, economic, agricultural, therefore it was strongly connected with the elements of the seasonal cycles of the calendar.

Pagans celebrated Masnitsa at the beginning of spring – around the time of the vernal equinox. It was then that the heat finally came to our latitudes, the snows melted, and nature gained the strength necessary for the future harvest. The sacred content of this holiday included three elements — the cyclic perception of time, the cult of the fertility of the earth, the duty of procreation and the memory of ancestors.

After the establishment of Christianity Shrovetide practically lost its sacred meaning. From the ancient traditions, mostly fun entertainment, the custom of treating yourself to delicious dishes, drinks and mutual hospitality remained. Although it is known that in the past essential elements of the holiday were also high bonfires, where straw effigies of the winter goddess Morena were burned, and joint meals with ritual food to honor the dead. It is noteworthy that in ancient times, on Shrovetide, people usually sledded down the hills and built snow structures (winters were snowy then).

Unfortunately, only fragments of the main event — the ancient rites — have reached us, for example, “pads”, which were wooden bars for hands or feet and were worn on young boys and girls who did not get married during the marriage season. It is from this rite that the other, less used and more ancient name of Shrovetide comes from – Kolody, or Kolodka.

Another, not very well-known name of the holiday is Turkey. It is believed that it originates from the ancient cult of the god Veles, who was also called the Bull or Tur. It is interesting that when Ukrainians became Christians, they began to celebrate the memory of St. Vlas, the patron saint of cattle, during Shrovetide week instead of Veles.

Each of the days of Shrovetide had its purpose

If now an edible symbol of Shrovetide Ukrainians consider pancakes, but earlier they were dumplings stuffed with homemade cheese. Housewives always served butter and sour cream to the dumplings. It is not for nothing that this dish is mentioned in many ritual “Masnych” songs – appetizing dumplings were on the table in every house, and guests were also treated to them.

Now, some researchers claim that pancakes in Ukraine gained popularity much later – already during Soviet times, in the second half of the 20th century. According to others, in many Ukrainian regions, pancakes on Masnitsa it was cooked a long time ago, on a par with dumplings. Pancakes necessarily included milk and eggs, were fried in butter, and were also served with sour cream.

What is the name and meaning of the Shrovetide holiday in the church calendar?

The church name of this holiday is Cheese Week, but it has a different meaning compared to folk traditions. First of all, it’s the last week before Lent, so it’s more about a period of penance than fun.

Do weddings take place during Shrovetide?

The church does not hold weddings during this period. And according to folk beliefs, take marriage on Masnitsa it is possible if one of the future spouses is a widower or widower.

What is the name of the week that precedes Shrovetide?

These days are popularly called Transcendent or Remembrance week. At this time, cheese, sour cream and butter were prepared or bought. Houses were still cleaned, and on Saturday and Sunday, deceased relatives were commemorated.

Is it allowed to eat meat dishes during Shrovetide?

The last “meat” day before Masnytsia is Shrove Sunday, which precedes Holy Week. Then meat is no longer consumed, fish and eggs are allowed instead.

What gifts are given to relatives and friends on Masnitsa?

Since this holiday is perceived as a family holiday, gifts should be useful for everyday life – for example, dishes or a tablecloth. Hand-made gifts, including delicious baked goods, embroideries and souvenirs, are especially appreciated.

Of course, the first thing that comes to mind is participation in a kind of week-long gastronomic marathon. At the same time, for some it is a pleasure to sculpt dumplings with cheese and fry ruddy pancakes, and for others – to eat all this deliciousness.

Maslyan can be held quite intimately, in the family circle. But, considering the fact that the holiday lasts a whole week, it is appropriate to devote at least one or two days to active recreation and get out into the city center, visit festive locations, taste pancakes there, and become a participant in fun contests.

For those who are at work all the time, there is also a way out – no one forbade the collective tasting of traditional Masnich dishes during the lunch break. As a bonus, it will fill the working routine with a warm and friendly atmosphere.

Good when on the go Maslyanoi there will be an opportunity to get out into nature. After all, it is there that you can recreate the tradition of our ancestors – to light a bonfire, to burn on it the effigy of a tired winter, and with it, symbolically, all your troubles.

And on Shrovetide, you should honor ancient customs – for example, visit your relatives (not only your mother-in-law), and also ask for forgiveness from all your acquaintances. If doing it out loud is unusual and embarrassing, psychologists allow you to apologize mentally, because the main thing in this matter is not words, but sincerity and an open soul.

Signs and traditions on Shrovetide

It’s no secret that Maslyan adored by both adults and children. But everyone has their own main reason to be a supporter of this holiday. Some people just don’t like winter very much, and the arrival of Shrovetide means that this season is finally coming to an end – a bright and warm season is coming instead.

For others, the main pleasure of the holiday is delicious food that can and should be enjoyed all week. At the same time, even those who follow a healthy diet can do it without feeling guilty, because it is not good to neglect ancient folk traditions.

For lovers of mass entertainment, ritual songs, theatrical performances Shrovetide — beautiful time. And friendly parties – loud, with dancing, or just quiet gatherings in a cozy place are also an integral part of this holiday.

Believing Christians have a somewhat deeper perception of Shrovetide, and they love this period for the bright foreboding of Great Lent, for being able to prepare for it spiritually, purifying their thoughts and forgiving their enemies.

Those who want to know their fate are also looking forward to the arrival Maslyanoi. Those who are interested in esotericism know that its entire period, and especially the sixth day of the holiday week, is very favorable for fortune-telling and fortune-telling, so prophecies on Shrovetide usually turn out to be true and informative. 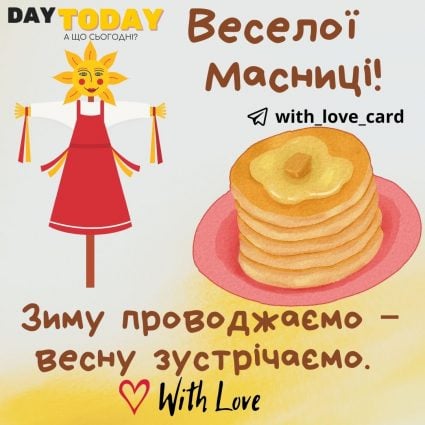 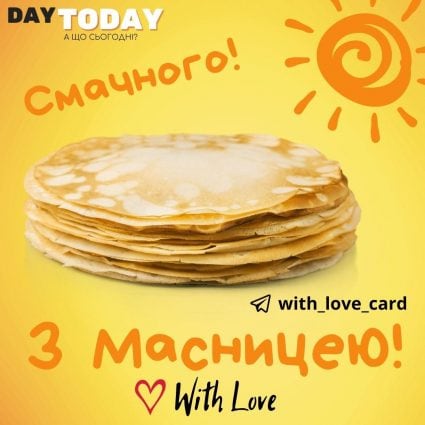 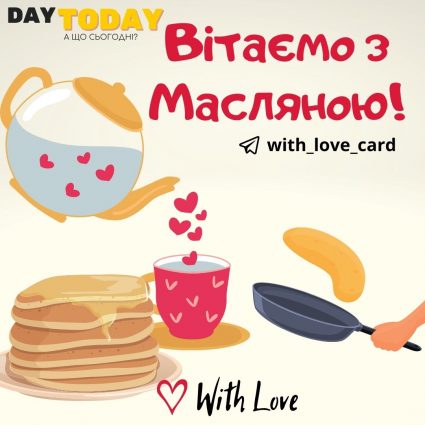 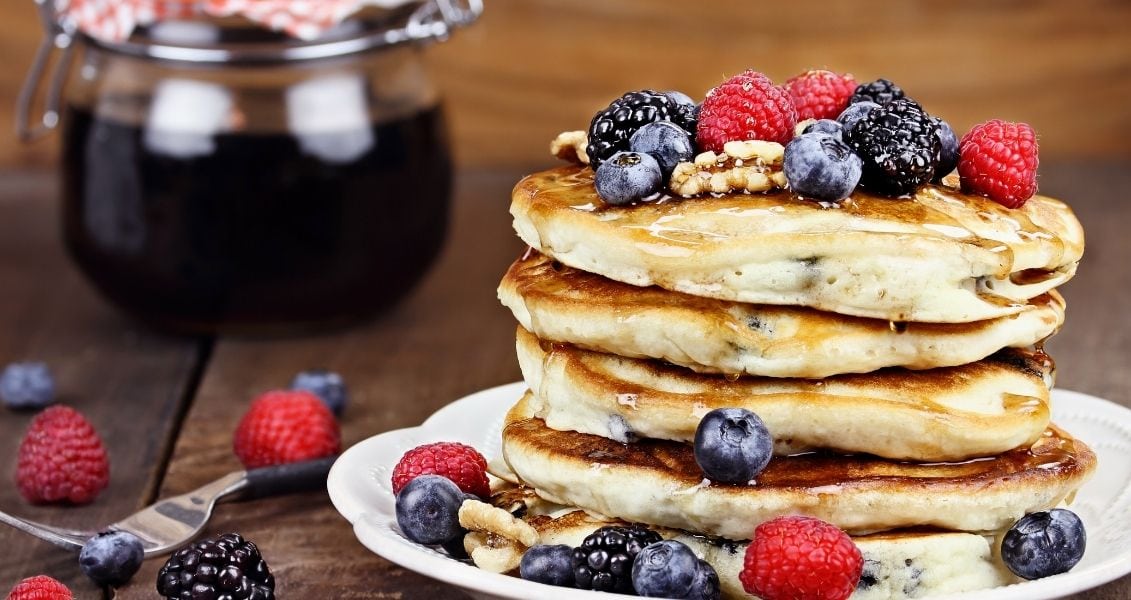 The second week of Great Lent