Tired of the long winter cold, everyone is looking forward to the arrival of spring. We usually meet this time of year together with spring equinox, which in the Northern Hemisphere takes place on March 20. This event marks the awakening of nature from its winter sleep and the beginning of a warm and fertile season. In the astronomical sense, the vernal equinox is the moment when the Sun crosses the celestial equator in its ecliptic movement, and day and night are practically equal in length. Give vernal equinox The Northern Hemisphere of the Earth begins to tilt more towards the Sun, therefore the daylight hours increase and the atmospheric temperature rises.

How did the idea of ​​celebrating the Spring Equinox come about?

Observation of the movement of the Sun has always been important for the life of mankind. The celestial location of the luminary notified people about the change of seasons, so among the artifacts of ancient civilizations there are many solar calendars in the form of megalithic structures. They are witnesses of honor Day of the spring equinox our distant ancestors.

Among the most famous ancient megaliths is the Mayan pyramid called El Castillo in the city of Chichen Itza. On its four sides there are stairs leading from the top to the base. The stairs are built at an incredibly precisely calculated angle. Every year at the time of the equinox, for about half an hour, those present have the illusion that a fiery serpent, whose head is carved at the base of the pyramid, is moving along the stairs. The Maya called this snake Kukulkan, or Feathered Serpent of Light. Kukulkan appeared twice a year — in vernal and autumnal equinoxeswhen day and night, light and darkness are equal.

The British megalithic monument Stonehenge, which is attributed religious and mystical functions, undoubtedly also had the importance of a reliable calendar. It reflected eclipses, solstices, equinoxes and other astronomical events in a certain way. On the day of the summer solstice, the main axis of Stonehenge is directed directly to the point of sunrise.

In Ireland, in County Donegal, there is also the megalithic structure of Grianan. Its main building is a stone fort in the form of a ring, oriented towards the Sun. IN spring equinox the sun’s rays divide the ring into two completely equal parts.

In Malta there is a temple complex of Mnaidra, built in the 4th millennium BC. The unique orientation of the temple to the east suggests that it served as one of the oldest solar calendars in the world. When it comes spring equinoxthe sunlight enters the building and illuminates its central axis.

Celebration of the peoples of the world

In many cultures, the times of great celebrations are associated with astronomical events, in particular, with vernal equinox. Yes, the Romans had a holiday of Hilaria during the vernal equinox. During the Hilary period, they honored the goddess Cybele, the mother of the gods, and her lover Attis, who, according to legend, killed himself out of jealousy. With her divine power, Cybele resurrected Attis, and this resurrection symbolized the victory over death and the rebirth of life. The celebration lasted for several days, during which all kinds of entertainment were allowed, including masquerades.

The peoples of northern Europe at the time vernal equinox honored Eostra – the goddess of dawn, beginnings and fertility. During the celebrations, bonfires were lit and healing dew was collected. It is believed that it is from this pagan holiday that the traditions of dyeing eggs in bright colors and sculpting rabbit figurines from the dough originate. Later, they became the Easter customs known to us.

Celebrations in Japan vernal equinox was an ancient tradition of the Shinto religion, when the people honored the memory of all Japanese emperors. Nowadays, this day is a public holiday in Japan, and most people have an official day off. Now the Japanese celebrate the vernal equinox as a secular holiday of love for nature and all living things, and also visit and arrange the graves of their ancestors.

The biggest national holiday of the peoples of Ancient Iran was Navruz, which translates as “new day”. Nowruz meant the awakening of the earth, the beginning of a new natural cycle. This holiday marked the beginning of the new year, and it began to be celebrated shortly before the vernal equinox. It was customary to forgive and reconcile, to decorate homes with fresh flowers, to arrange festive meals. People believed that in this way they would attract a bountiful harvest and wealth into their lives. Nowruz is a public holiday in many countries that practice Islam.

For ancient Slavs spring equinox also started the new year. It was a two-week-long celebration dedicated to the meeting of spring and farewell to winter. Invoking spring, people baked larks from the dough, and burned an effigy of Morena, the goddess of death and winter, in ritual fires. The gods Yaril and Lelya, who were the embodiment of the sun and spring, were especially honored.

Our ancestors’ respect for nature and all living creatures is evidenced by another interesting custom, when they brought treats in the form of fresh pancakes to the forest. They were left there for the bear, the owner of the forest, to win his favor. As part of the spring equinox celebrations, the Slavs also honored their deceased ancestors by holding ritual memorial dinners.

When Christianity replaced pagan beliefs in a large part of the world, spring equinox became the starting point in determining the date of the Easter holiday – the resurrection of Christ after the crucifixion. In 325, the first great Christian council in Nicaea decreed that Easter should always be celebrated on the Sunday following the first full moon after the vernal equinox.

Frequent Questions and answers on the day of the vernal equinox

When does spring actually come — March 1 or the vernal equinox?

Is the equinox phenomenon common to other planets?

Equinoxes occur on every planet in the solar system. In 2009, the space probe “Cassini” fixed the equinox point in Saturn’s orbit. A year on this planet lasts about 30 Earth years, so in our measure of time, Saturn’s equinox occurs about once every 15 years.

What is the exact time of the vernal equinox of 2022 in Ukraine?

In our country, the spring equinox will come this year on March 20 at 5:33 p.m. Kyiv time.

Is the vernal equinox always on March 20?

What folk signs exist on the day of the vernal equinox?

According to folk signs, this day determines the weather for the next 40 days. If spring equinox sunny, then the spring will be warm, and frosts should not be expected. But the frosty weather promises another 40 degrees below zero. Also, according to folk beliefs, prophetic dreams are dreamed on this day, and the wishes made come true with great probability.

How to celebrate the Spring Equinox Day?

The day of the equinox and several days before and after it is an energetically favorable period for renewal, positive changes and activation of life forces. If a person is exhausted, has a bad mood, then it is time to pay attention to his inner state. And if, on the contrary, activity and energy are increased, then the equinox will help direct them in the right direction.

Psychologists and esotericists recommend cleaning your house and getting rid of unnecessary things on these days in order to let as much sunlight into the house as possible. On the day of the equinox, it would be good to meet the sunrise and spend it in the evening – in this way, the foundations for a new period in life are laid and old events and experiences are released. This is best done in nature, but you can simply go out on the balcony or open a window – the main thing is that they face east and west.

It will be symbolic to plant some kind of plant on the day of the equinox – a tree, flowers or sow vegetables. The Sun, gaining strength, will support the development of new shoots, and this will indicate the growth of well-being and abundance in our lives. You can arrange a festive dinner at home with spring greens, cereal sprouts, and homemade pastries.

March equinox — a favorable time for spiritual practices, yoga, meditation. It helps to recover from winter depression, to achieve inner peace and balance. Also, this day is great for new beginnings, so you should plan your new affairs, new trips and new habits.

Spring is a favorite season for many people, and the vernal equinox heralds its sure presence. More hours of daylight make us happier by increasing the level of the hormone serotonin in the body. In addition, the sun’s rays, in contact with our skin, stimulate the production of vitamin D, which is very important for health.

It’s getting warmer outside, so you can finally open the windows longer and let in some fresh air. We are using heaters less and less, so the heating and electricity bills are decreasing, which also can’t help but be happy. Heavy winter clothes are sent to the closet for storage, instead you can wear lighter and more comfortable clothes. It is a favorable time for outdoor sports, for example, running, which was quite uncomfortable for many during the cold season.

A lot of fresh vitamin greenery appears on the markets, in some places the first flowers are already blooming – crocuses, snowdrops, primroses, daffodils. The rich green color of the young grass calls for a country picnic, and migratory birds announce their return home with their singing.

Approximately in the period March equinox we move the hands of the clocks forward one hour, i.e. to summer time. This allows you to enjoy the daylight longer in the spring evenings in anticipation of summer days, vacations, trips and new experiences.

When will we celebrate? Spring equinox? 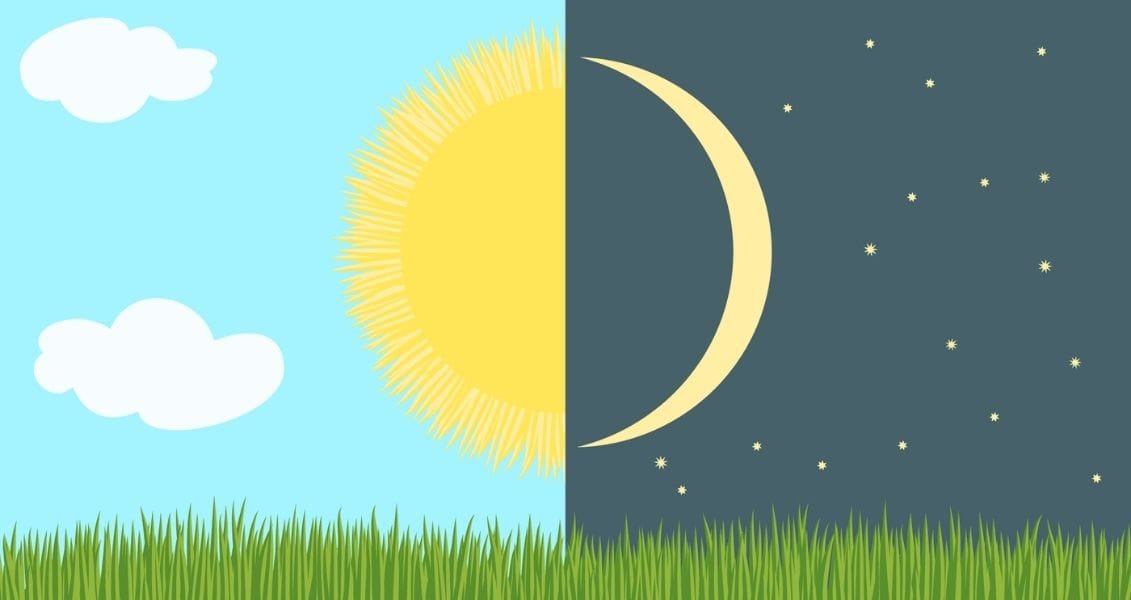