We celebrate April 1 every year April Fool’s Day or Fool’s day — a positive spring holiday. The name speaks for itself – this day should be humorous and fun. One of the mandatory conditions of April 1 is witty raffles. Friends, colleagues, relatives — everyone who has a sense of humor and with whom it is pleasant to laugh together — lend themselves to them.

On this day, you have to show the maximum of your creative abilities, because pranks should be not only funny, but also unexpected and inoffensive, and jokes should cause sincere laughter and pleasant emotions. Despite the fact that the holiday is unofficial, it is very popular in many countries, and each has its own special traditions for it.

How did the idea of ​​celebrating the Day of Laughter come about?

It is human nature to laugh from the first months of life, but the biological function of laughter is still a subject of controversy among psychologists, neurobiologists and philosophers. Each of us has a natural sense of humor, that is, we notice the comicness of certain events or life situations and react to it with laughter. However, it is difficult to give one comprehensive definition of humor, because it is very different – it can cause a slight smile or an explosive laugh; conveyed by words, images or actions; has many forms – from an innocent joke to a farce or biting sarcasm.

The oldest theory of this phenomenon originates from Plato and other philosophers of antiquity. It testifies to the fact that people will laugh at the misfortunes and troubles of others, because they cause an involuntary feeling of their own superiority. One of the first historical figures associated with laughter and humor is Democritus, an ancient Greek philosopher. He became famous for his cheerful character and passion for making fun of human flaws. Even the bodies of people caused Democritus to laugh – they seemed funny to him in comparison with the grandeur of the universe.

Another explanation humor there is laughter at the juxtaposition of expectations and reality; over the double meaning of various concepts and when expressing “forbidden” emotions. According to the teachings of Sigmund Freud, jokes about taboo topics – for example, ethnic or sexual, act as a safety device, helping to get rid of nervous tension from subconscious or hidden emotions.

Also laughter occurs when a person realizes that there has been a violation of certain norms – ethical, social or physical, but this violation is not too offensive, tragic or unacceptable for him. Even uncomfortable situations or events — unpleasant, but without serious consequences, over time seem curious to us and cause laughter.

According to Darwin’s theory of evolution, the appearance of laughter in our distant ancestors was related to well-being – as an expression of pleasant feelings and emotions. On the other hand, laughter proved to be an effective tool for strengthening social ties. This became especially important when people began to live in more complex social structures and the quality of relationships became crucial for survival. After all, it is practically impossible to maintain distance or social hierarchy when a group of people is engulfed in uncontrollable laughter.

No culture of the world can be imagined without humor, and various celebrations with funny jokes have existed since ancient times. It is generally believed that they are the predecessors of April Fools’ Day, although its exact origin is still unclear. There are several versions of the origin of this holiday, and one of them is the vernal equinox, which occurs in the Northern Hemisphere at the end of March. The theory suggests that the changeable and deceptive weather during the first days of astrological spring has long been the occasion for unpredictable pranks and pranks.

According to another opinion, Fool’s day came to us from Ancient Rome during the reign of Emperor Constantine. According to legend, once the ruler was in a good mood and lent his title to the court jester, though only for one day. The jester immediately took advantage of the position and issued a decree to organize a fun holiday with disguises. Since then, April Fool’s Day has become a day of unexpected draws.

Another version is the Roman pagan festival of Hilaria, during which people completely indulged in fun and entertainment. Dressed in masquerade costumes, people allowed themselves much more than on other days – for example, they could joke and mock with impunity. Everyone, even high-ranking Romans, became objects of witty mockery.

The ancient Hindu spring festival of Holi also shares common features with the traditions of April 1. Raffles are not the main condition of Holi, but all other forms of frivolous fun are present in it. On the festive streets, people pour water on each other, sprinkle each other with colorful powder, and caste, gender, status, and age restrictions temporarily do not apply. The joyful action is accompanied by quite free behavior and jokes bordering on decency, but at the end of the holiday, when everyone changes into clean clothes, the social foundations are re-established.

Also history Fool’s Day refers to the 16th century, when the Gregorian calendar was introduced in European countries, according to which the beginning of the year came on January 1, and not in the period from the spring equinox to the end of March, as it was before. The innovation did not catch on immediately, so some people continued to celebrate the New Year in the last week of March – until April 1. Adherents of old customs became objects of ridicule and received the nickname “April fool”.

But if it didn’t happen April Fool’s Day, it seems that he is really connected with the holidays of the rebirth of nature. It is not for nothing that it is based on the most life-affirming emotions — joy and laughter, which are characteristic of the time of spring.

What documentary evidence of April Fool’s Day is the earliest in history?

The first direct reference to this day is a poem written in 1561 by the Flemish poet Edouard de Denet entitled “Refrain from foolish errands on April 1”. The subject of the poem is the nobleman’s numerous absurd orders to his servant for the purpose of drawing.

Does April Fool’s Day have its own special rules?

Although this holiday is dedicated to mischief and frivolous behavior, it has its own unwritten rule – jokes and pranks should be funny for all participants, not harm health and not cause material damage. Another rule is strictly followed in English-speaking countries – draws are allowed only until noon.

Why is there a belief that April 1 is an unlucky day?

Previously, the date of April 1 was considered unlucky or cursed, because it is the birthday of Judas. In ancient times, on this day, people did not start new businesses, did not get married, and did not plant any plants, because all undertakings would end in failure. Nowadays, such omens are not believed very much, but in almost all countries they try not to introduce new rules or laws on April 1, because they can be taken as a joke.

Are there countries that do not recognize April Fools’ Day?

This holiday is not recognized in some Muslim countries, in particular, in Saudi Arabia. There, in 2001, the chief mufti issued a ban decree Day of laughter because of lying in sweepstakes, as for Muslims lying should be unacceptable under any circumstances.

How to celebrate April Fool’s Day?

Each country has its own special customs in celebration Day of laughter.

In addition, various humorous events are organized in the cities. April Fool’s Day is especially widely celebrated in Odessa. This is a whole festival called Humorina, which includes a costume parade in the historic center of the city, concerts, fairs and contests. Participants walk around the city, joking with passers-by.

One of the traditions is to dress up a monument to the founder of Odesa, Duke de Richelieu, in funny clothes. Every year, the festival is enriched with new events – for example, since 2011, the International Clown Festival has been held within the boundaries of Humorina, and in 2019, all April Fool’s events were held with an emphasis on cinema in connection with the centenary of the Odesa Film Studio.

Joining the celebration of April 1 is easy – if you wish, prepare interesting raffles in advance or just share funny stories on social networks, and be sure to laugh heartily.

Laughter is one of the best things we can do for our health. It contributes to the normal functioning of the heart, lowers blood pressure, increases immunity, and protects against depression. It is not for nothing that almost everyone loves comedies, because laughter makes us happy and gives us rest, distracting us from problems and hard work.

Laughter improves overall quality of life—people who enjoy joking tend to have better self-esteem, less anxiety, and better productivity. A person with a good sense of humor always seems more attractive than others and finds friends and like-minded people in life more easily. Humor often helps to get out of a difficult life situation, relieves tension in relationships and relieves stress. It is especially good when a sense of humor allows you to laugh at yourself – it sometimes boosts morale.

And research has proven that laughter develops creative abilities — after watching a comedy, participants in the experiment solved puzzles and problems much more successfully than after watching a horror movie. This is associated with the fact that laughter “wakes up” areas of the brain responsible for understanding and decision-making.

Our life is usually too serious, so if we do not find anything fun in it, then it is quite difficult to survive in the midst of continuous problems. Therefore, it is worthwhile not only on April Fool’s Day, but also on other days to allow yourself to joke more often and sincerely laugh at the jokes of others. 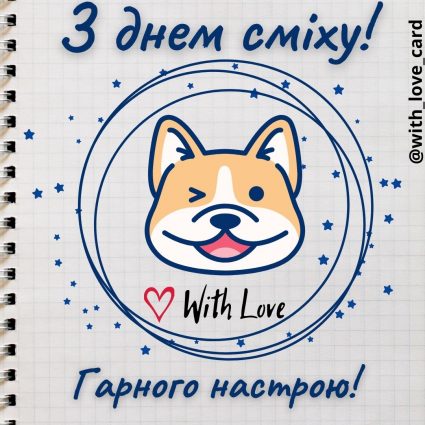 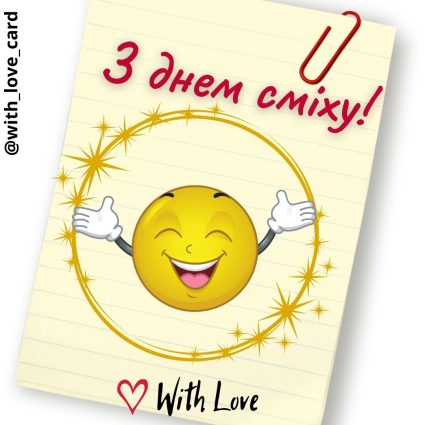 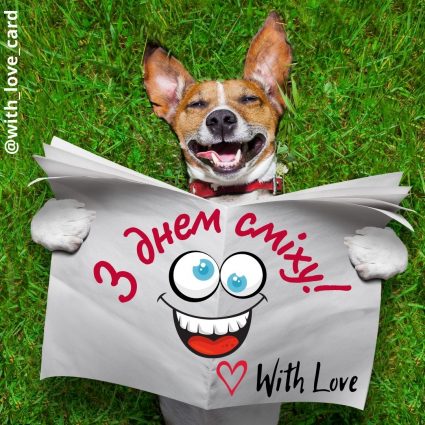 When will we celebrate? April Fool’s Day? 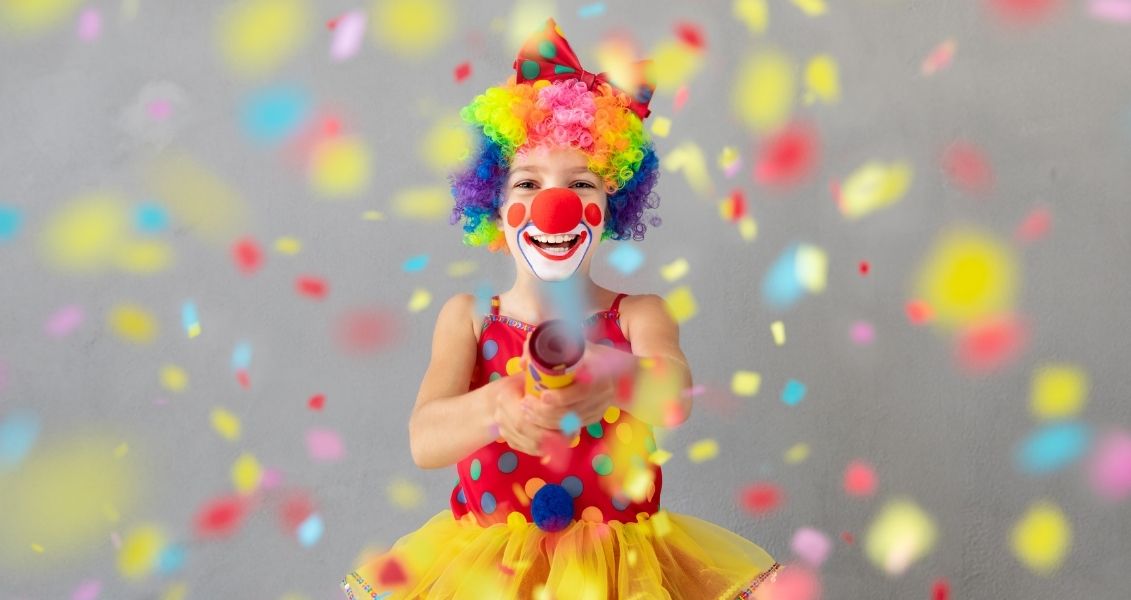 Day of the Aviation Navigation Service of the Armed Forces of...