International Day of the United Nations

Every year in October, on the 24th, the planet celebrates International Day of the United Nations. The United Nations is essentially a platform where national delegations can express their views. Here, relations are established, negotiations take place and problems are solved. All members of the community have the right to vote, but at the same time, everyone is obliged to adhere to the organization’s charter, its rules and purpose. Among the main directions of the work of the international organization are the strengthening of peace and security, the development of friendly relations between states, the joint solution of global difficulties, the coordination of the actions of various countries, and the provision of human rights.

All holidays and events for October 24

How did the idea of ​​celebrating the International Day of the United Nations come about?

To be able to protect the world from military conflicts, natural and man-made disasters, from violence in any form, people began to think a long time ago.

But only in the middle of the 20th century, during the Second World War, the leaders of countries that had to fight against a common enemy realized that it was time to finally create a mechanism that would ensure peace and prevent wars in the future. This could only be achieved in an international format.

History of the United Nations

In 1942, 26 states signed the Declaration of the United Nations. The idea of ​​calling the new world commonwealth the “United Nations” belonged to US President Roosevelt. At the conference held in San Francisco in 1945, the United Nations Charter was approved, which was signed by delegates from 51 countries. The date when this Charter came into force — October 24, 1945 — went down in history as the day the United Nations was formed.

At its first meeting in London in 1946, the UN General Assembly chose the location of its central offices. Such cities as San Francisco, Boston, New York, Philadelphia were considered. In the end, New York was chosen. The city municipality allocated the organization a free plot of land, and John Rockefeller, Jr. provided $8.5 million for construction.

On October 24, 1949, the first brick was laid for the foundation of the future 39-story building, and on August 21, 1950, the employees of the UN Secretariat began to occupy their new offices.

The territory of the UN central institutions is an international zone. The organization has its own flag and its own contingent of security personnel. It also has its own post office and issues its own postage stamps.

Currently, the UN consists of 193 countries. Its representative offices operate in almost all corners of the globe, and these activities are managed by the General Assembly, the Security Council, the Economic and Social Council, the Trusteeship Council, the International Court of Justice and the Secretariat.

In addition, there are numerous programs, funds, and specially created institutions coordinated with the UN. They operate in a wide variety of areas — health care, agriculture, climate crisis and indigenous peoples’ issues, telecommunications, and many others. The totality of these programs and funds and the United Nations itself is called the UN system in the world.

Ukraine is a co-founder of the United Nations

Our country is among the states that are considered co-founders of the UN. From 1945 to 1991, Ukraine, despite the fact that it was part of the USSR, was formally considered a member of the UN as an independent country. Ukraine was elected to the UN Security Council four times.

Since independence, active activity in the UN has been declared one of the leading directions of Ukrainian international policy. Therefore, the day of the creation of the United Nations can be considered a Ukrainian holiday.

International Day of the United Nations in history

Can we say that the UN is a global government?

No you can not. The United Nations is not a governing body of any kind. It represents the representation of all countries and acts exclusively on their behalf.

Who pays for the work of the UN?

The activities of the United Nations are financed only by those countries that are part of it. The amounts of contributions are determined according to a special system that takes into account the level of national income and the size of the country’s population.

What is the language of communication at the UN?

Does the UN peacekeeping contingent have its own special form?

The military peacekeepers are dressed in the uniforms of their countries, but have UN symbols on their blue helmets and berets, as well as identification badges.

Have countries been excluded from the United Nations?

There have been no such cases in all the years of UN work. Only Indonesia temporarily suspended membership in 1965, but resumed membership in the organization the following year.

How to celebrate the International Day of the United Nations?

Traditionally, this day is celebrated with various public events – seminars, discussions, exhibitions dedicated to the history, achievements and plans of the United Nations.

In January 2020, as part of the celebration of its 75th anniversary, the UN took the initiative to start a global dialogue in which everyone can join. This open discussion is about the future and how we can shape it.

All caring people, from students to top managers, should join this campaign and thus celebrate the International Day of the United Nations.

Recently, trust in international organizations is decreasing. Some believe that the activities of the UN are just chatter that does not produce concrete results. But in fact it is not so at all.

This is far from a complete list of functions performed by the UN. In terms of discussions, it also remains the main international platform on which states resolve their disputes peacefully and jointly solve problems. Everyone will agree that talking is much more useful than fighting.

Ukraine receives significant technical, advisory and financial assistance from the UN. Help in the areas of human rights protection, social assistance, nature protection, and the fight against serious diseases is especially important.

We have received more than 200 million dollars from the organization over all the years of cooperation. During this time, about 300 international aid projects were implemented.

The importance of this holiday lies in the opportunity to learn more about this unique organization, which covers all spheres of human activity without exception.

When will we celebrate International Day of the United Nations? 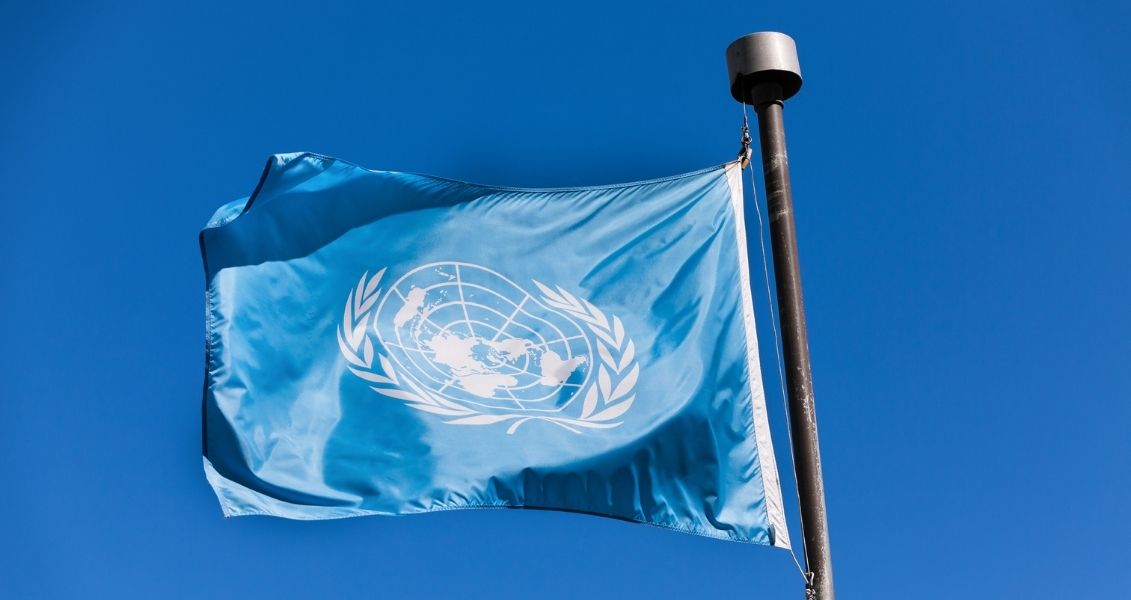 School day of non-violence and peace