February 23 is celebrated World Day of Mutual Understanding and Peace. On this day in 1905, the Rotary Club was founded. The first Rotary Club was intended only to unite businessmen for the purpose of friendly and benevolent relations and cooperation. Later, a large global organization emerged — Rotary International, which positions itself as an open, non-political, charitable organization. Members of the Rotary club, or Rotarians, are professionals and leaders in various areas of business who implement humanitarian projects, adhere to ethical standards in their professional activities, and seek to establish mutual understanding and peace around the world.

How did the idea to celebrate the World Day of Mutual Understanding and Peace come about?

The founder of the Rotary movement is Paul Harris. He was born in the USA in 1868. The boy was raised by his grandfather and grandmother, who had progressive views. They taught the grandson tolerance and benevolence towards different people.

During his student years, Harris had to study at three universities – Princeton, Vermont and Iowa. After receiving a law degree in 1891, he did not immediately start working in his profession. The young man tried his hand at reporting, was a handyman in factories and factories, sold granite and marble, even picked oranges in Florida. Eventually, in 1896, Paul Harris settled in Chicago and began practicing law.

A meeting of friends

Sometime in the early 1900s, Harris was vacationing with a friend, also a lawyer, in a country house. On a walk, Paul’s friend introduced him to his friends – the owners of local shops. After that, Harris got fired up with the idea of ​​creating an association or society for businessmen of various professions, regardless of nationality, religious or political views, etc.

On February 23, 1905, Paul Harris had lunch with his close friend Sylvester Schill, a Chicago coal merchant. After lunch, they went to the Unity Building, where they met two more of their friends – coal mine engineer Gustave Lauer and tailor Hiram Shorey.

Harris suggested to his friends to create their own club, which would promote friendly solidarity and mutual assistance between entrepreneurs of the big city. They decided not to delay the first meeting of the impromptu club — it took place right away in the Unity Building.

The new club did not yet have a name, nor did it have a specific location. Therefore, the four friends agreed on the next meeting in the office of Sylvester Schill, who became the first president of the club. The meeting took place two weeks later, and there were already seven people present at it – three more businessmen joined the club. The association decided to call it “Rotary”, because the meeting was always held in a different place, in the office of one of the club members, that is, there was a rotation every time.

Paul Harris sought to create Rotary clubs in other large cities of the country. Three years later, in 1908, the second Rotary Club in history was opened in San Francisco. Soon, businessmen from Oakland, Seattle, and Los Angeles began to join Rotary clubs.

Expansion of the organization

In the Chicago club, not everyone understood the meaning of the expansion of the organization – reports on new clubs took up a lot of time at the meetings, and in the end only Paul Harris remained a supporter of the idea of ​​”Rotarians of the world”. But in 1910, Chesley Perry, who shared Harris’ views on turning the club into a worldwide organized structure, became the secretary of the organization. Since then, the Rotary Club has grown steadily, and a grateful Harris calls Perry “The Builder of Rotary.”

As of August 1910, there were 16 chapters in the United States, which were united by the National Association of Rotary Clubs. In 1912, such clubs opened in Canada and Great Britain, and the association became known as the International Rotary Association. In 1922, Rotary covered five continents, from then until now it is called Rotary International.

Rotary clubs around the world are united by the motto “Service Above Self”. Rotarians also have a common philosophy based on the fact that the basis of business should be service to society. Rotary’s ethical principles consist of four questions developed by club member Herbert Taylor in 1932 and officially adopted by Rotary in 1942. Only after answering the following questions in the affirmative: is it true; is it fair; will it support friendships; whether it will benefit all — a Rotarian has the right to make a positive decision about any business matter.

So it is not surprising that February 23 is celebrated every year as the World Day of Mutual Understanding and Peace, in memory of the event when four friends gathered in Chicago and founded the world movement of nobility, tolerance and peace. This day has been celebrated around the world since 1983.

World Day of Mutual Understanding and Peace in History

How many Rotary clubs are there in the world now?

Currently, there are about 33,000 Rotary clubs in the world, with more than 1.2 million Rotarians as members.

How many Rotary clubs are there in Ukraine?

25 cities of our country have a total of 57 clubs. There is also an electronic Rotary club in Ukraine.

Is there a special symbol in Rotary International?

From the first days of its existence, the symbol of the organization was a wheel. It was created by Rotarian engraver Montague Bear. At first it was just an image of a wheel from a cart, and in 1923 the design was slightly changed. A cog wheel with 24 teeth and six spokes has been approved as the only symbol of Rotary International.

What are the peculiarities of communication between Rotarians?

In the USA, it is customary for members of Rotary clubs to address each other only by first name, without official titles or surnames. In European clubs, the style of communication is more formal, and in Asian countries, Rotarians give each other humorous nicknames related to personal qualities or profession. But regardless of the tradition of appeal, the spirit of friendship and support prevails among Rotarians everywhere.

Is there a special theme for each Rotary year?

Yes, Rotary years are held under certain themes. The Rotary International year traditionally begins on July 1 and ends on June 30. The theme of the 2020-2021 Rotary year is “Rotary Opens Opportunities.”

How to celebrate the World Day of Mutual Understanding and Peace?

To do this, Rotary clubs invite participants from other countries, hold meetings with scientists, organize student exchange programs, conduct debates on international issues, as well as entertainment events. Members of Rotary clubs take advantage of the opportunity to meet foreign colleagues and plan their further activities at the international level.

Ukrainian Rotary clubs support the customs of Rotary International and join the celebration of the World Day of Mutual Understanding and Peace. In addition to traditional events, on February 23, Rotarians in Ukraine organize a Rotariad, during which flash mobs are held, as well as competitions for members of youth Rotary clubs, which are called Rotaracts. At these competitions, young people compete in various skills, from sign language to communication with animals, sports competitions or bowling skills. The winning club hosts Rotary in their city next year.

Rotary International’s programs nurture the next generation of leaders and provide funding for actions that contribute to a better world.

Every year, Rotary selects 100 specialists from different countries, to whom it grants scholarships to study at one of the worldwide centers of Rotary. There is a permanent program for young people on the development of leadership qualities. The program includes one-day workshops and week-long camps that cover youth from 14 to 30 years old.

Through Rotary’s international youth exchange program, students learn foreign languages, discover other cultures, and truly become citizens of the world. Grants are another important aspect of Rotary. Various projects — educational, medical, economic, environmental and other — can receive them.

Rotary International helps refugees and participates in conflict resolution, expands access to free medicine in poor countries, conducts information campaigns on the prevention and treatment of AIDS and other diseases.

Thus, a special program was launched to combat polio back in 1985. Rotary International has invested more than $850 million in this program, making it possible to vaccinate two billion children worldwide. Humanity is now on the verge of completely eradicating polio, and Rotary has played a key role in this.

Rotary International is concerned about environmental issues and climate change, so its members create conservation and restoration projects and use their connections to make changes for the better in the environment.

It is probably impossible to list all areas in which Rotarians are engaged. Following their example, other people can realize a shared responsibility for the urgent problems of our world. Therefore, the World Day of Mutual Understanding and Peace is important because it unites everyone in efforts to improve life on this planet.

When will we celebrate World day of mutual understanding and peace? 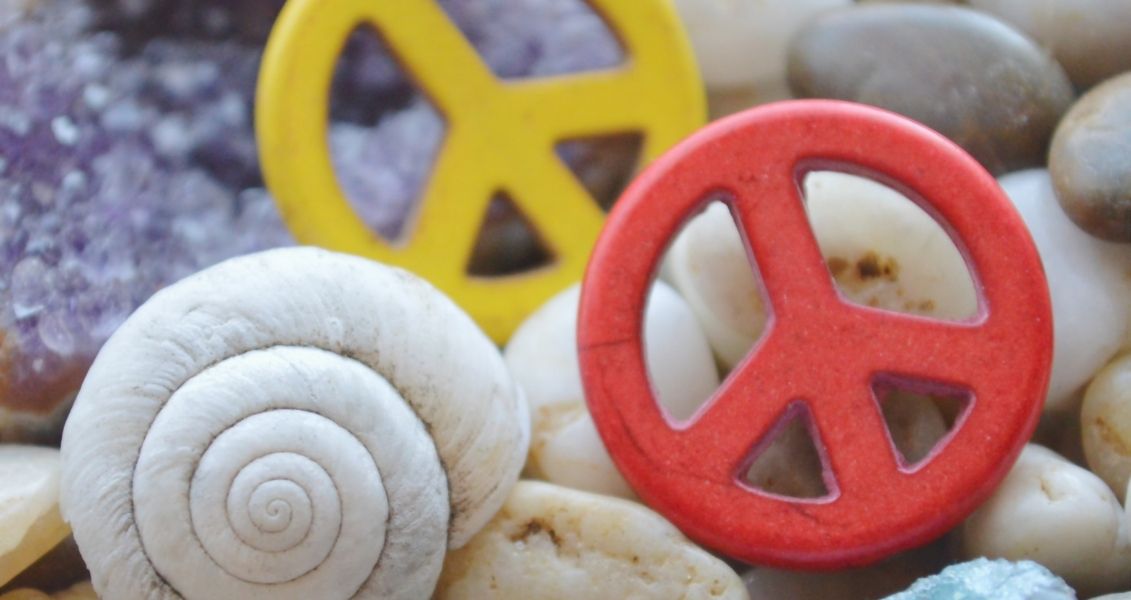 A day of reading great poetry