Thanks to language and thinking, society is able to change the world around it. It is not for nothing that the Ukrainian language is called the nightingale, because it is rich in epithets and its sound is incredible. Undoubtedly, the language for the people is its treasury, a living hiding place of the human spirit. The native language forms an invisible link between all generations of the past and future. Even when they tried to supplant the Ukrainian language, the people always preserved and defended the right to speak their own language. Ukrainian poets, artists, politicians have always tried to preserve and popularize their native language. From year to year, our language gathers more and more true supporters. Since 1997, the Day of Ukrainian Writing and Language has been celebrated annually in Ukraine on November 9.

How did the idea of ​​celebrating the Day of Ukrainian writing and language come about?

The Ukrainian language is one of the Slavic languages. It should be emphasized that our language comes from a single Proto-Slavic root, and not from the mythical Old Russian language, which allegedly split into three languages ​​- Ukrainian, Belarusian and Russian. The process of formation of the Ukrainian language began in the 6th century. and lasted until the 16th century. Not only the Slavic tribes, but also the Iranian-speaking and Turkic-speaking population took part in its formation.

Thus, the Byzantine diplomat Priscus Paniyskii, when describing the customs of the Huns, who lived, including in the territory of Ukraine, mentions the words “honey” and “dish”.

According to scientists, distinct proto-Ukrainian vocabulary features were formed before the 11th-12th centuries. On the walls of St. Sophia Cathedral, you can read graffiti (inscriptions) in the old Ukrainian language. For example, in the phrase “Lord help your servant Pavlova” the name ends in a typical Ukrainian dative case.

After the decline of the Kyivan state and the Kingdom of Russia, difficult times came for the Ukrainian language. But she suffered the greatest oppression in the Muscovite state and the Russian Empire.

Back in 1627, by order of the Moscow tsar, books printed in Ukraine were burned for the first time. In 1720, Peter I completely banned book printing in the Ukrainian language. In addition, it was forbidden to teach in Ukrainian in educational institutions, and to deliver sermons in churches.

It is obvious that all these steps led to the general illiteracy and ignorance of the Ukrainian population.

At the same time, the Ukrainian intelligentsia took up the task of popularizing the language. The creator of the modern Ukrainian language was the diplomat Ivan Kotlyarevskyi, the author of the works “Aeneid” and “Natalka Poltavka”, which were created on the basis of a living vernacular. A little later, Taras Shevchenko proved with his poetry that the Ukrainian language is in no way inferior to other languages.

In modern Ukraine, the native language is protected, honored and developed. Every day, more and more people want to either return to the language of their ancestors or learn the language of the indigenous population. is interested in deeply studied languages. In 1997, a decision was made to celebrate the Day of Ukrainian Writing and Language. November 9 was chosen as the day of celebration, since it is on this day that the church honors the memory of Nestor the Chronicler, who made his historical notes in the proto-Ukrainian language.

Day of Ukrainian writing and language in history

How many words does the Ukrainian language have?

According to the official data of researchers, there are about 256 thousand words in the Ukrainian language.

How many people in the world speak Ukrainian?

In total, about 45 million people speak the Ukrainian language in the world.

When did Ukrainian become the state language?

How to celebrate the Day of Ukrainian writing and language?

Every person can know several languages, be interested in other cultures, but only the native language touches the depths of the soul. She is able to give a feeling of unity with her descendants, her family, her nationality.

It is so important in life to feel that you belong to the nation, to feel that strength and inspiration for incredible achievements. By honoring and spreading the language, Ukrainians defend not only their own interests, but also the interests of their own state.

Language is, was and will be a symbol of freedom for Ukrainians. Native language is a kind of psychocode. Speaking Ukrainian, we trigger ethnic codes in the subconscious that inspire and point the right way.

An important factor remains the “purity” of the language. The language is not stable, but develops along with the people, therefore, of course, it is necessary to provide the young generation with only verified news from the linguistic world.

Modern newspapers, magazines, TV news and radio have a great influence on people, so it is important that they broadcast the correct Ukrainian language.

📬 Postcards for the Day of Ukrainian writing and language 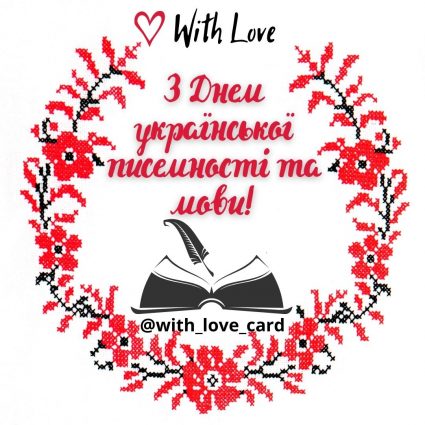 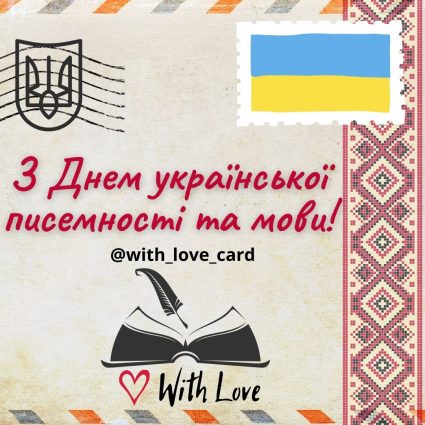 🎁 Gifts on Day of Ukrainian writing and language

When will we celebrate Day of Ukrainian writing and language? 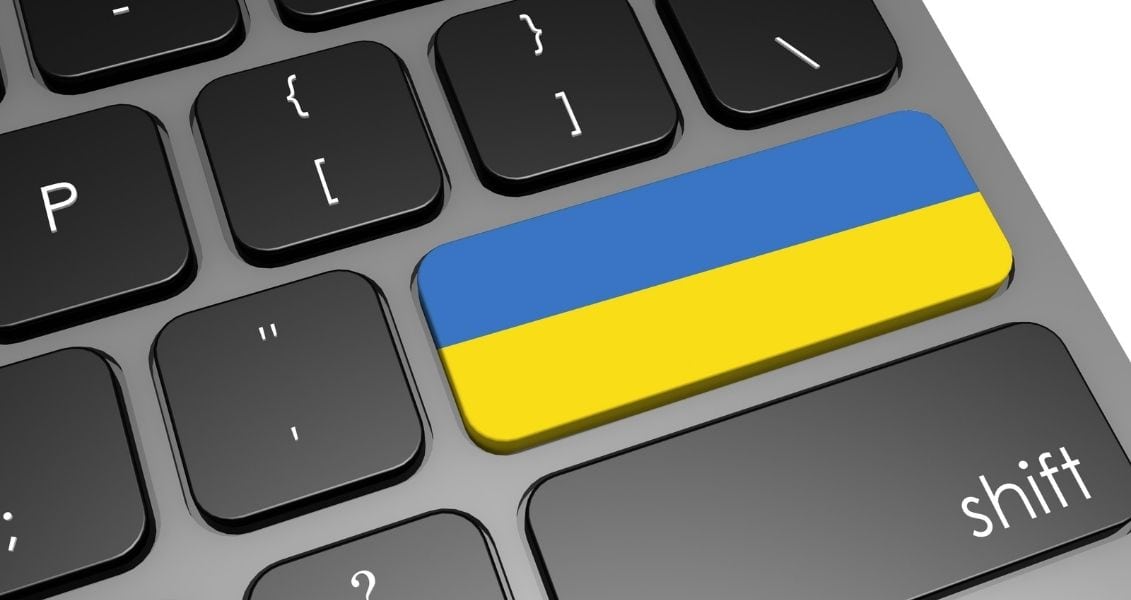 ABOUT US
Whenisholiday.com - site dedicated to the holidays of the whole world. Do you want to know what holiday is today? Then enter a number in the search and be always up to date. Did you know that every day there are 10 or more holidays around the world? We didn't know either, so we decided to figure it all out and tell you. Subscribe and stay with us)))
Contact us: pch[email protected]
FOLLOW US
© Whenisholiday, 2022 All rights reserved
MORE STORIES

International Day of People with Disabilities