It would seem that football is an ordinary game that only requires a couple of goals and one ball. But it is precisely because of this simplicity that football is the most popular sport in the entire globe, because it is available not only to professional athletes, but also to millions of football fans. As for fans, their number in the world cannot be counted at all. Ukrainians are no exception in their love for football, because our football has a rather interesting history, and the whole nation always cheers for the Ukrainian national team, regardless of gender, age and beliefs. Ago All-Ukrainian Football Daywhich is celebrated on April 29, is a holiday not only for football players, but also for all fans of national football.

How did the idea of ​​celebrating the All-Ukrainian Football Day come about?

The football team of Ukraine as a separate state appeared only after our country gained independence. But football itself reached us all the way from Great Britain, and much earlier – even during the times of the Russian Empire.

In the 1860s, sailors from British ships, entering the Odesa port, organized football matches on its territory. Therefore, it was in Odesa in 1878 that the first football club on Ukrainian soil was created, however, its members were only British. In 1884, thanks to the efforts of this club, the first football field was built in the city.

Soon the game attracted the attention of Odessans, it turned out to be interesting and exciting, and therefore it quickly gained popularity. In the western part of Ukraine, football also appeared at the end of the 19th century, and Lviv became one of the first football centers with its club “Sokil”, whose first official match took place on July 14, 1894 against a team from Krakow, Poland.

In the center of Ukraine, in the city of Yelysavetgrad (now Kropyvnytskyi), football was popularized by entrepreneurs, British by origin, brothers Thomas and Robert Elworthy. Thanks to them, a stadium was built in the city in the 1900s, and soccer players were provided with uniforms and balls.

During the first ten years of the 20th century, football teams and clubs were established in all major cities of the country. In 1911, an international match between the local “Zebra” and the “Athletic Club” team from England took place in Mykolaiv. Four Ukrainian national teams – from Mykolaiv, Kherson, Odesa and Kharkiv – took part in the 1913 Russian championship.

When Ukraine became one of the Soviet republics, Kharkiv became the center of its football. From 1921 to 1935, Kharkiv teams won most of the national tournaments of the Ukrainian SSR. However, Kyiv, which became the capital in 1934, gradually took over the role of a sports center, and, in particular, a football center. The Kyiv Republican Stadium was completely reconstructed and expanded to 50,000 seats, and its grand opening, scheduled for June 22, 1941, was prevented by the war.

The period of the Second World War

But even during the occupation of Kyiv, football did not disappear, and in 1942 the Start team was created, most of whose players were former Dynamo players. “Start” played several matches against the occupying teams and won all of them. However, the most famous remains the so-called “death match”, the details of which are still not fully known and have many contradictions. But no matter what actually happened then, for Ukrainians, this match became a symbol of the bravery and sportsmanship of our football players.

In the postwar years Ukrainian football gradually recovered, and in 1951 Shakhtar from Stalino (now Donetsk) took third place in the USSR Championship, and in 1954 Dynamo Kyiv won the USSR Cup. With the arrival of coach Viktor Maslov, “Dynamo” won gold in the USSR championship three times in a row, from 1966 to 1968.

In the early 1970s, his former player Valery Lobanovskyi became the coach of Dynamo Kyiv. The new coach managed to form a team that was a worthy opponent for the strongest European clubs. Thanks to Yevhen Rudakov, Viktor Matvienko, Leonid Buryak, Oleg Blokhin and other talented players, in 1975 “Dynamo” became the winner of the UEFA Cup Winners’ Cup and the UEFA Super Cup.

In the same year, in the return match of the Super Cup with the German “Bavaria”, the Ukrainians won again, and in 1986, in the final of the UEFA Cup Winners’ Cup, the Kyiv club won against the Madrid “Atletico”. The honor of Ukrainian football was also supported by other teams – Shakhtar, Chornomorets, Metalist, Dnipro and Zorya, which took prize places in the championships of the Soviet Union, and also performed well in European cups.

Since 1991 Ukrainian football started a new page of his history. For sports, as well as for the country, these were quite difficult times, so many football players signed contracts with foreign clubs. Dynamo usually took the lead in national championships, and Ukraine suffered defeats in European tournaments, and financial difficulties almost led Ukrainian football clubs to bankruptcy. But at the same time, a new generation of talented players appeared, including Andriy Shevchenko, Serhiy Rebrov, Oleksandr Shovkovskyi, Vladyslav Vashchuk.

In 1997, Valery Lobanovskyi returned to Kyiv again, and with him, achievements at the international level – two victories over the famous “Barcelona” in 1997 and the semi-finals of the Champions League in 1999. In 2006, the Ukrainian football team reached the quarterfinals of the world championship, and the famous Ukrainian football player and coach Oleg Blokhin took a place in the top 10 coaches in the world. In 2009, for the first time in the history of independent Ukraine, Shakhtar won the Eurocup, and in 2015, Dnipro played in the Europa League final. The Ukrainian national team qualified for the 2020 European Championship, which has not yet taken place.

Frequent Questions and answers about the All-Ukrainian Football Day

Why is the All-Ukrainian Football Day celebrated on April 29?

It was on this day in 1992 that the first match of the Ukrainian national team since independence took place. Then in Uzhgorod, our football players competed against the Hungarian national team and lost with a score of 1: 3. The first goal in the new history of national football was scored by Ivan Getsko.

Which of the Ukrainian football players is the winner of the Golden Ball?

There are three such footballers: Oleg Blokhin, who received this award in 1975; Ihor Belanov — awarded in 1986; and Andriy Shevchenko, who received the Golden Ball in 2004.

What is the biggest winning score of the Ukrainian national team?

In the game against the San Marino team, which took place on September 6, 2013 in Lviv, our team won with a score of 9:0.

Who was the captain of the Ukrainian national team at the Euro-2012 championship?

Andriy Shevchenko was the captain of our national team at these competitions. He also has two goals in the match against Sweden.

Which of the home matches of the national team of Ukraine was attended by the most fans?

The largest number of spectators — 85,000 — was marked by a match against the Northern Ireland national team at NSC Olimpiyskiy on April 2, 1997.

How to celebrate All-Ukrainian Football Day?

This holiday in Ukraine does not remain without the attention of the mass media, interesting publications in print publications and television projects dedicated to the history of Ukrainian football, as well as its brightest representatives – outstanding players and coaches, are often devoted to it.

Naturally, on April 29, sports events are held throughout the country, which should popularize football among the population, and especially among youth and children. From large stadiums in cities to small sports fields in villages, football matches are held everywhere. Teams can have the most diverse composition – both professional players and sports veterans, as well as schoolchildren, students of sports schools, civil servants, teachers and representatives of other professions.

Ukrainian Football Association on this day, arranges football lessons for children, friendly matches, conducts seminars for volunteers and youth leaders. Children receive footballs, souvenirs and autographs of famous players as gifts. These events take place within the framework of the Open Football Lesson project, which is supported by European organizations.

For everyone who cares about football, it is most pleasant to celebrate this holiday on the football field – either as a fan or as part of an active team. And if there are sincere fans of this type of sport among your friends or relatives, you should please them with a gift – a new ball, a T-shirt of your favorite club, a cup or a glass with a branded football symbol.

Amateur football does not require expensive equipment and special conditions, therefore it does not have any social restrictions – people with any material wealth can decorate their leisure time with it, which is quite significant in modern Ukrainian conditions.

In addition, a football match is a great way to release emotions. After all, in everyday life it is not customary to shout, rejoice loudly, or, on the contrary, be indignant, and for fans or players at the stadium, such a manifestation of emotions is a completely normal thing. And connoisseurs of this game get real aesthetic pleasure from beautiful passes, exquisite passes, masterful dribbling of the ball.

For children, famous football players often become an example in life, which helps to overcome difficulties and choose the right path. Teenagers who are passionate about football are much less likely to get into bad company and have less chance of getting into trouble with the law.

And perhaps the most important ability of football is that it unites completely different people, even those who will never come together in political or religious beliefs. When the national team plays, all differences between Ukrainians become unimportant, and everyone feels their involvement in our country.

All-Ukrainian Football Day reminds of the difficult path that national football has traveled throughout its history, of football players and coaches who were and are the best in their profession. On this day, Ukrainian fans do not give up hope for a decent future of football in our country, and they wish the football players a bright game and loud victories.

Postcards for the All-Ukrainian Football Day 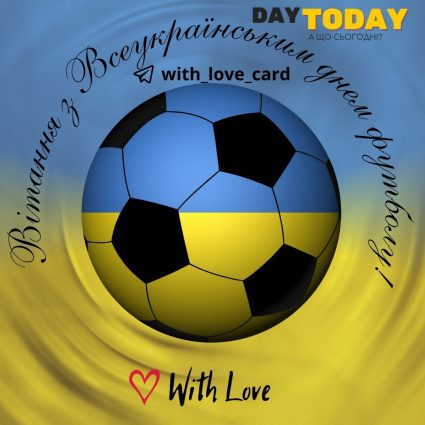 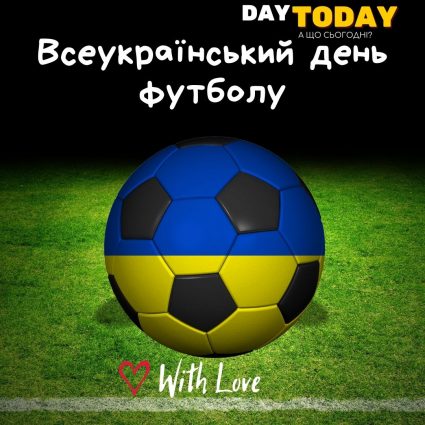 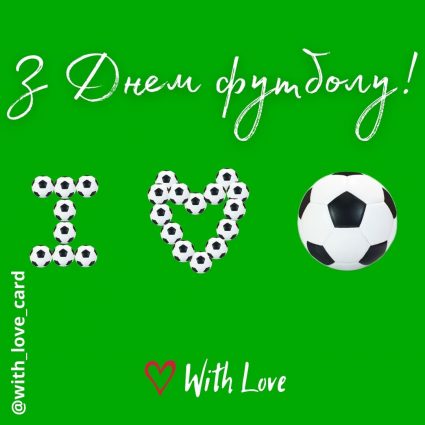 When will we celebrate All-Ukrainian Football Day? 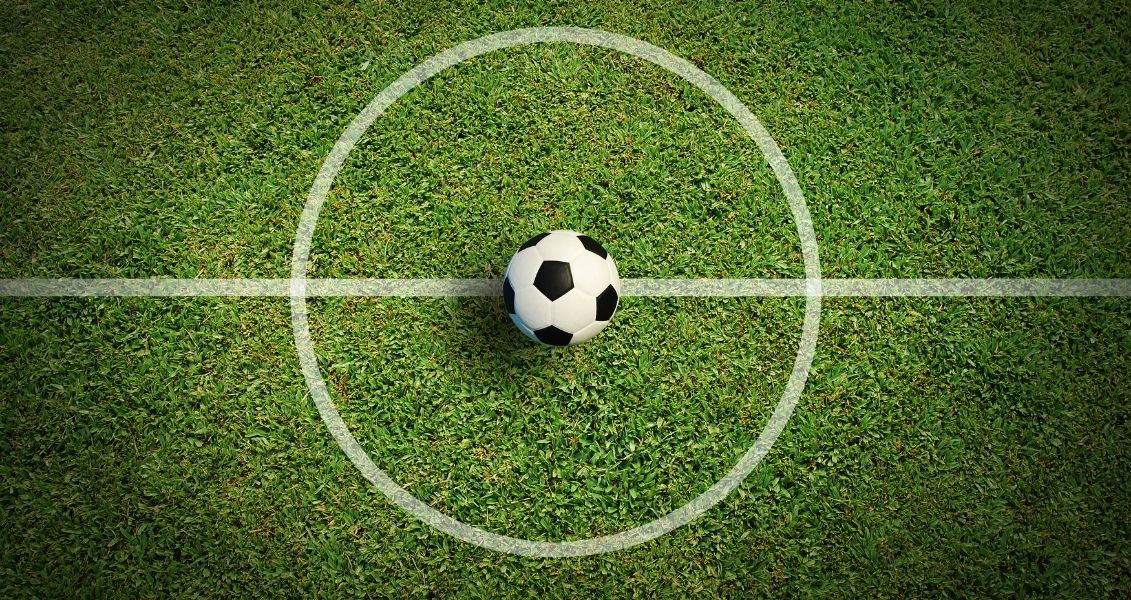 Father’s memorial Saturday of the 3rd week of Great Lent