Rock and roll created for lovers of drive, fiery dances, expression and loud companies. Originating in the United States of America in the middle of the last century, this music quickly spread throughout the world, and for many of its adherents it became a way of life, self-expression and social protest. During the seventy-year history of rock and roll, many bright idols and new directions appeared in it.

World Rock and Roll Day — the holiday is unofficial, but this fact does not prevent musicians and music lovers of all ages from celebrating it every year on April 13. This day unites all like-minded people who consider rock and roll to be eternally alive music, as well as an important cultural phenomenon.

How did the idea of ​​celebrating World Rock and Roll Day come about?

Origins rock and roll begin with the USA during the time of slavery. The songs of slaves of African and Caribbean origin were rhythmic and had a bright national flavor, and Methodist churches used a special genre of Christian music in their services – gospel. Thanks to the symbiosis of gospel with African-American melodies, a new musical style appeared. According to one of the versions, it was thanks to church services that the very term “rock and roll” arose, because during sermons, people performed characteristic rocking movements to the music. When slaves were freed in the 1860s, many of them left the southern states and emigrated to other parts of the United States.

In the new places of residence, the music of former slaves was intertwined with local musical preferences, forming new genres. It was among African Americans that jazz and blues, as well as early rock and roll, originated. Appearing in the 1950s, rock and roll was a cross between country music, blues and jazz. Fats Domino, Jerry Lee Lewis, Buddy Holly, Johnny Cash, Richie Valenza, Chuck Berry and others became famous performers of this genre.

Despite the fact that rock and roll immediately embraced by the youth, he became a subject of controversy in society, in particular, because of the lyrics of songs that celebrated carefree fun and rebellious spirit, and because of the particular style of clothing among his followers – jeans and leather jackets. In addition, supporters of the idea of ​​segregation did not want their children to listen to the music of African Americans. But this did not prevent rock and roll from gaining wide recognition, and African-American performers on a par with white musicians from climbing the high steps in the music charts.

First rock and roll single, which became wildly popular, belonged to the performer Bill Haley and his musical team. The composition “Rock Around the Clock” won over the audience with a fiery dance rhythm, and it stayed on the first place in the “Billboard” ranking for two months.

The most iconic rock and roll performer of the mid-1950s and early 1960s was Elvis Presley, a former truck driver from Memphis, whose dynamic songwriting and unhinged demeanor captivated young audiences. Rock and roll soon became a profitable business for record companies, commercialization gradually eroded its rebellious basis, and by the end of the 1950s, sad and sentimental songs became popular.

However, in the 1960s, with the appearance of the British group The Beatles, rock and roll received a second wind. At first, people were attracted by the energy and pleasant appearance of young musicians from Liverpool, and soon attention was drawn to the group’s interesting musical experiments. Another iconic British band appeared, the Rolling Stones. These musical groups contributed to the return of rock and roll to a blues orientation.

In those days, popular music drew attention to the war in Vietnam and other social troubles, so the content of the songs of many bands was often a form of social protest, while others tried to recreate the experience with psychedelic drugs in music, creating long compositions with surreal texts.

Until the end of the 1960s, the rock and roll genre continued to be a time of experimentation. Some performers tried to combine it with jazz, others, such as Leonard Bernstein and Frank Zappa, with classical music. Bands with virtuoso guitarists such as Jimi Hendrix, Eric Clapton, Duane Allman and Jimmy Page continued to create compositions on classic blues themes using traditional rock and roll instruments. Rock festivals, which gathered thousands of their fans, became an ideal platform for musicians.

In the 1970s, a new direction appeared in rock music — punk rock with characteristic defiant lyrics and a loud sound. The Sex Pistols and The Clash became prominent representatives of this movement. The mid-1980s was marked by the emergence of the grunge style, recognizable due to the harsh vocals, “dirty” sound and depressing lyrics and music. Bands Nirvana, Pearl Jam are characteristic representatives of grunge.

Rock and roll admired in all countries, but it was not officially recognized everywhere. For example, in the Soviet Union, such music was considered propaganda for the Western way of life. Only from the end of the 1980s, when quite noticeable rock bands appeared, this genre got the opportunity to develop.

Some believe that the heyday of rock and roll is long gone, as hip-hop, R&B, and pop music dominate most of the music charts. However, for most fans, rock and roll has not lost its meaning, and numerous new directions have taken it beyond its original boundaries. Despite the appearance of new groups, the “old school” bands still do not lose their popularity. For example, the Rolling Stones, despite the respectable age of the members, continue to perform, tour and record new albums.

Frequent Questions and answers on World Rock and Roll Day

Who and when first used the term “rock and roll”?

Cleveland radio host Alan Fried first coined the term “rock and roll” in 1951 for the title of African-American music broadcast by the radio station.

What are some typical rock and roll instruments?

Which rock band had its own fan club for the first time?

The oldest fan club in history belongs to the band “Queen”. Fans founded it in 1974, immediately after the release of the debut album.

Which of the debut albums of rock groups is considered the most successful?

According to Billboard magazine, this is Guns N’ Roses’ debut album “Appetite for Destruction”, which sold 18 million copies.

What is the difference between rock and roll and rock?

Early rock and roll had a close relationship with the blues and a more traditional song structure. Over time, rock and roll as a genre was divided into numerous subgenres and directions, and for their common name in the 1960s, the term “rock” began to be used.

How to celebrate World Rock and Roll Day?

This day is one of the brightest in world musical life. Concerts and festivals are held in the cities of different countries on April 13, which bring together musicians, numerous fans and just those who want to get pleasant emotions. Festive events are usually covered by mass media, especially those related to the music sphere.

Night clubs this evening arrange dance parties in the style of rock and roll, contests for better knowledge of this genre of music. But if it is not possible to visit a live concert or a party, you can pay tribute to rock and roll without leaving your home, for example, listen to the records of recognized world-class stars or young artists, watch their video clips, immersing yourself in the atmosphere of drive and romance.

Those who want to combine the pleasure of their favorite music with feature films should look at films dedicated to young rebels of rock and roll, such as “Stylages”, “The Breakfast Club”, “Almost Famous”, “Becoming John Lennon”.

To learn more about the world of rock and roll, you can read books by those authors who know it from the inside. For example, “Rock and roll. Dirt and Greatness” by the famous music critic John Harris or “Life” by Keith Richards, one of the founders of the legendary band Rolling Stones.

People love rock and roll for different reasons. For some, it resonates with personal worldview and emotions, so it becomes a kind of antidepressant in difficult times. Someone listens to old hits with a feeling of pleasant nostalgia – in the short time that the song sounds, you can relive the events of your youth. For others, rock and roll is a way of life and a circle of friends and like-minded people, especially for those whose profession is related to this music.

Rock and roll called eternally alive, and it really is. Rock musicians express their inner world through creativity, so as long as people have thoughts, love and life’s difficulties, there will be good music. In addition, the variety of directions and subgenres of rock and roll allows everyone to choose music to their liking.

Another reason for the popularity of rock and roll is its ability to change the world, because in its time it united whites and African Americans, poor and rich. Previously, social problems were not reflected in music, and only rock and roll gave musicians the opportunity to speak out against wars, racial discrimination and social injustice. And although social protest is not a prerequisite for rock and roll, it is always directed against restrictions on personal freedom.

When will we celebrate World Rock and Roll Day? 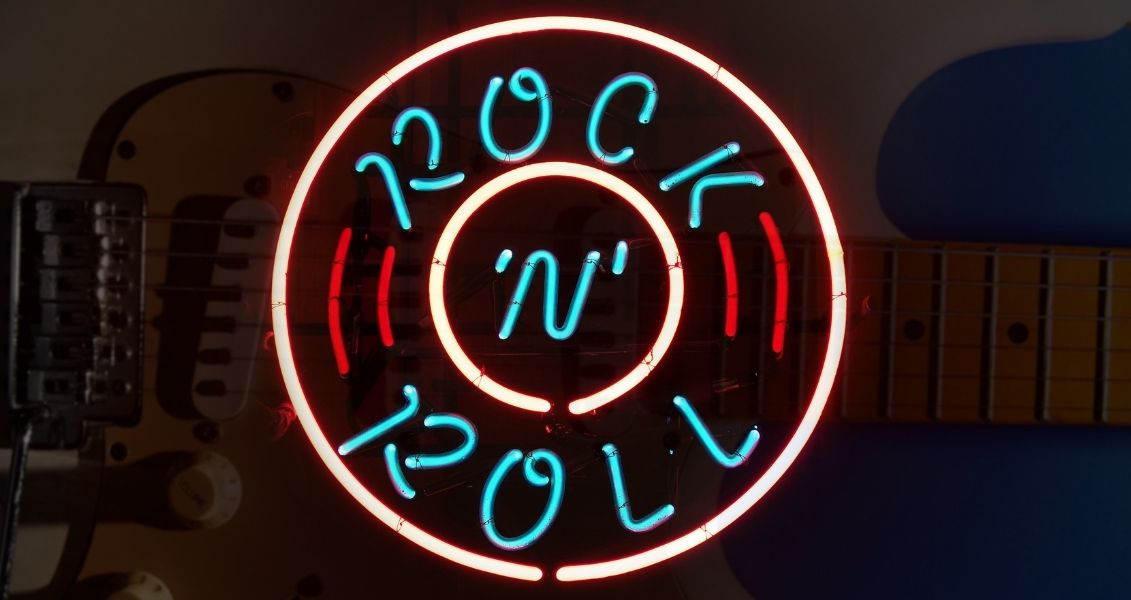 Read more:  All or Nothing Day or Extreme Day