Physical activity is our natural need for well-being and general well-being. Mass involvement of citizens in regular physical education and sports is given attention in all countries, because it strengthens the health of the nation, strengthens people’s faith in their own strength, and also forms the habits of a civilized society – discipline, fair competition, and a sense of belonging. Our country has always been famous for outstanding athletes, and attracting as many children and adults as possible to sports is one of the tasks of state policy. It contributes to the realization of this goal Day of Physical Culture and Sports of Ukrainewhich is celebrated every year on the second Saturday of September.

How did the idea to celebrate the Day of Physical Culture and Sports of Ukraine come about?

Physical exercises have been important for the Ukrainian people since ancient times, because people’s lives directly depended on hunting, farming, and resistance to belligerent foreigners. The body had to be strong and durable – even the epics of the times of Russia testify that in the society of that time there was an ideal of a “hero” – a physically and morally perfect man.

A common practice for our ancestors were “playgrounds” between villages, i.e. competitions in running, throwing, jumping, and fist fights. Professional military and physical education of teenagers and young adults was conducted in princely courts and schools attached to monasteries. Later, the strongest and most agile young men replenished the regular army – the prince’s wife.

Later, the Ukrainian Cossacks became famous for their system of physical training. Cossacks of Zaporizhzhya Sich were unsurpassed horsemen, archers, swimmers and wrestlers, and at the same time developed their own martial art, which was not inferior to eastern martial arts.

European sports began to spread in Ukraine from the middle of the 19th century — gymnastics classes appeared in the program of Kyiv gymnasiums, and a fencing school was opened in the city. Sports clubs were created by sports lovers – athletic, equestrian and pigeon sports, chess, and a yacht club. According to statistical data of 1908, there were 196 sports associations and clubs in Ukraine, uniting 8,000 people. In those days, the pride of Ukrainians was Ivan Piddubny from Poltava, a weightlifter and wrestler who did not lose a single match during his 40-year sports career and received world recognition and the title of “champion of champions.”

In 1913, the First All-Russian Olympiad was held in Kyiv. For this, a new stadium was built in the city, designed for 5 thousand fans. The program included competitions in running and jumping, marathon, football, kettlebell sports, fencing, swimming, equestrian sports, wrestling, gymnastics and cycling along the route from Kyiv to Chernihiv.

After 1917, sports events in Ukraine took place on a regular basis. The All-Ukrainian Sports Games were constantly held, and their prize-winners then took part in all-Union competitions, where they also often won. At that time, there was a need for professional mentors for athletes, so already in 1925, the Kharkiv Institute of Public Education opened a department of physical education to train teachers and coaches.

In 1931, in Ukraine, as in the rest of the Union republics, the HPO complex (Ready for Work and Defense) was introduced, which brought the majority of the able-bodied population into the ranks of physical education workers, because having a HPO badge was considered prestigious. Popular among Ukrainians were bicycle races, ski races, hikes, cross country races and relay races.

The development of sports in the country stopped because of the Second World War, but already in September 1945, the Ukrainian Sports Games took place. New stadiums were renovated and built, sports publications appeared. In addition to the actual competitions, spectacular sports parades were dedicated to various festive dates.

During the times of the USSR, Ukraine had more than 700 stadiums, about 300 swimming pools, and several thousand sports halls. In total, about 20 sports were developed. Thanks to this, Ukrainian athletes have always set records – both at competitions within the country and at international tournaments.

The Olympic movement was also successful — at least a quarter of each USSR team at the Olympics consisted of Ukrainians. Among the most famous athletes of the Soviet era, gymnasts Larisa Latynina and Iryna Deryugina, weightlifter Leonid Zhabotinsky, handball player Zinaida Turchyna, track and field athletes Valery Borzov, Serhiy Bubka and many other celebrated names are often mentioned.

Of team sports, Ukrainians love football the most, and the most popular team in the country is Dynamo Kyiv. For a long time, this team was trained by the talented coach Valery Lobanovskyi, and two of its players – Oleg Blokhin and Igor Belanov – were awarded the “Golden Ball” – an extremely prestigious football award.

In the history of independent Ukraine, the names of Lilia Podkopaeva, Hanna Bezsonova, Ruslan Ponomaryev, Yana Klochkova, Andriy Shevchenko, the Klitschko brothers, Denis Silantiev and many other outstanding athletes who represented Ukraine with dignity at the most important international competitions became famous.

We owe the appearance of the sports holiday to the initiative of domestic sports and physical culture societies and organizations, which was supported by the president in 1994. Since then, an annual national event — the Day of Physical Culture and Sports of Ukraine — has been held in our country on the second Saturday of September.

Day of physical culture and sports of Ukraine in history

How much time per week should be devoted to physical education?

The WHO has developed recommendations according to which 2.5 hours of moderate-intensity activity per week is sufficient for an adult. This time can be halved if you choose classes with a maximum load.

Which Ukrainian won the most awards at the Olympics?

Such an achievement belongs to our gymnast Larisa Latynina. Having performed at 3 Olympiads, she won 18 awards, 9 of which were gold.

How many Ukrainians do sports on a regular basis?

No special calculations were made in this regard in our country, but according to unofficial data, the number of physical education enthusiasts in our country is small, approximately from 9% to 12% of the adult population. For comparison, this indicator is 69% in Finland, and 40% on average in Europe.

Were Ukrainians part of the International Olympic Committee?

Thus, the honor of being the first Ukrainian member of the IOC belongs to Oleksiy Butovsky, a native of Poltava, a military general and a well-known specialist in physical education. Later, Valery Borzov, a famous Ukrainian sprinter, became a member of the IOC. Serhii Bubka is currently a member of this international sports body.

What time of day is best for exercise?

It is believed that the greatest effect can be achieved by exercising between 2 and 6 p.m. — at this time, body temperature is highest, muscles are more elastic, and metabolism is accelerated. But in reality, the best time for physical activity is determined individually and depends on the daily routine and specific biorhythms of a particular person.

How to celebrate the Day of Physical Culture and Sports of Ukraine?

On the second Saturday of September, at the largest stadiums in the country, in particular, at the NSC “Olimpiyskiy” in Kyiv, representatives of national sports federations hold their demonstration performances, famous athletes sign autographs and take photos with fans.

Everyone can participate in sports events that take place in the cities and villages of Ukraine on this day – football tournaments, races, chess competitions, table tennis, workouts and other sports that do not require complex equipment or special conditions. Most of all, the organizers try to involve children and young people in the participation, so all sports halls and playgrounds are used in schools. For the youngest children, gambling relays like “Fun Starts” are usually arranged, and older students take part in both team and individual competitions.

Libraries are definitely involved in the event – they organize presentations on the topic of the Olympic movement and the achievements of famous Ukrainian athletes, thematic discussions, and meetings with professional athletes. Such events are especially interesting and educational for children.

In any case, it is better to spend the Day of physical culture and sports in active movement, and if for some reason sports activities are not included in the plans, then they can be replaced by a hiking trip or just a long walk in the fresh air.

Like every holiday, this event is also not complete without greetings. The main heroes of the day are athletes, coaches, physical education teachers, as well as all supporters of an active and sports lifestyle, including among your acquaintances, you can find a lot of those who should be congratulated on the Day of Physical Culture and Sports of Ukraine.

The Day of Physical Culture and Sports of Ukraine reminds us in the everyday hustle and bustle that there is no equivalent substitute for physical exercises to maintain proper form and activity. They not only strengthen muscles and improve appearance, but also serve as prevention of many diseases, in particular, heart and endocrine diseases.

In addition to the obvious benefits, sports make people disciplined, increase determination, focus and confidence. For children, the benefit of sports is even greater — it develops emotional intelligence in children, teaches cooperation in a team, and gives loyal friends.

The Day of Physical Culture and Sports draws attention not only to achievements, but also to problems in this field. First of all, mass sports are underdeveloped in Ukraine – children’s sports schools have difficulties with financing, and not everyone can afford paid sports clubs.

In addition, many halls, stadiums and other sports facilities in Ukraine are in poor condition, so successful professionals often go to train in other countries and even change their citizenship. Of course, this negatively affects the professional level of our teams and national teams.

When will we celebrate the Day of Physical Culture and Sports of Ukraine? 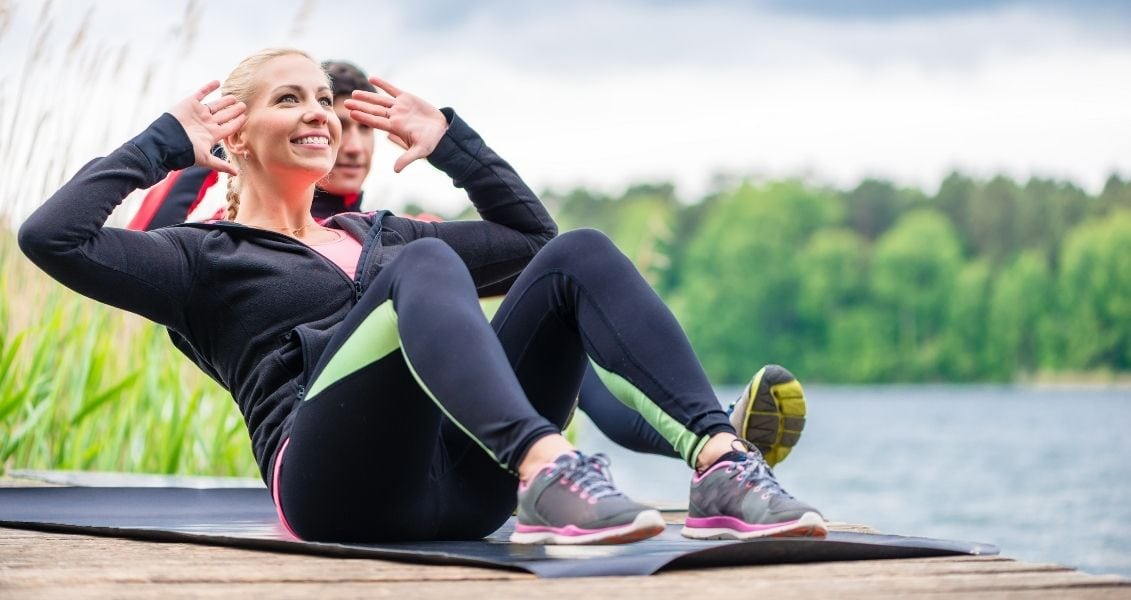 International Day of Remembrance of Animals Killed by Humans