Accountant and Auditor Day of Ukraine

People began to keep records of their property and funds since ancient times, but for some reason the opinion that accounting is a boring and monotonous activity has become widespread. However, at the same time, no one doubts that no enterprise – from the smallest coffee shop to a huge international concern – can function without accounting and auditing. Modern accountants are distinguished by high intelligence, logical thinking, ability to analyze, decency and accuracy, and even believe that there are elements of creativity in their work. Representatives of these professions in Ukraine have their own professional holiday — Day of the accountant and auditorwhich is celebrated every year on July 16.

How did the idea to celebrate the Day of Accountants and Auditors of Ukraine come about?

Along with the beginning of human economic activity, there was a need to account for costs and profits. It is believed that the first such record on the territory of Ukraine belonged to the ancient Trypillia culture. Archaeologists have found clay tablets and balls of various sizes with enigmatic signs on them, which Tripilians could hypothetically use to record grain, livestock and other resources.

More reliable information about accounting in our lands originates from the 8th century BC, when Greek settlements appeared on the Black Sea coast. The cities were quite developed – they minted money there and actively traded. Records were kept on clay and plaster boards, abacuses were also used. In the Greek colonies, there was a tax system and even banks, and drawing up an estimate was a common practice.

Taxes were also introduced by the princes of Kyivan Rus: the so-called “polyudya” in the form of compulsory work, tribute in kind and trade duties. Christianity became a great impetus for the development of science in general, and accounting in particular. Schools were opened where mathematics was taught, and the “kunny” exchange equivalent, that is, valuable fur, was replaced by silver and gold coins.

At the princely court and in the boyar estates there was a special position – a printer. This person kept records and reports, and also kept the owner’s seal. Such accountants were trained in monasteries. It was in the monasteries, where there was usually a rather large and diverse economy, that the accounting principle of the responsibility of a certain person for a certain property was introduced. Receipts and expenditures of goods, products, and money were recorded in accounting registers, inventories were regularly conducted. For lack or extravagance, physical punishment was applied to those responsible, they could even be executed.

The emergence of merchant guilds in Ukraine in the 14th and 15th centuries improved the accounting system. The date, amount and destination of the payment were displayed in the cash books. At the same time, there should be no free space between the two records, so that nothing could be added. Such books existed in two copies – one was kept by the merchant, the other by the person who directly kept the records. By the way, this person took a special oath of honesty.

In the 16th and 17th centuries, the principles of the Italian accounting school prevailed in Ukraine. Pacioli’s treatises “On Accounts and Records” and Kotrula’s “On Trade and the Perfect Merchant” were well-known and were widely used as teaching aids. Later, during the stay of the western part of Ukraine under the rule of Austria-Hungary, the rules of the German accounting school began to prevail in that territory, while the Russian accounting tradition prevailed in the eastern Ukrainian lands.

After 1917, the Soviet government sought to build Accounting not on economic, but on ideological grounds. The NEP period allowed for some restoration of traditional accounting, but soon the authorities changed their policy, introducing a planned economy system, which provided for state regulation and centralization of accounting.

Despite this, there were also significant achievements in the field of economic accounting, cost accounting and product costing, mechanization and automation of accounting. An important development in this case belongs to scientists from Ukraine, in particular, Oleksandr Rudanovskyi, Moisei Zhebrak, and Adolf Lozynskyi. Kyiv, Odesa and Kharkiv became the first Ukrainian cities where special educational institutions were opened. A significant role in the development of accounting was played by Prokip Nimchynov, Mykola Chumachenko, and Anatoly Kuzminsky.

After the declaration of independence, the period of formation of the national accounting system, taking into account international standards, began in Ukraine. A new chart of accounts, new accounting registers and financial reporting forms were adopted. Audit, methodology of assessment of assets, liabilities, and capital were developed. But since the development of the world economy does not stop for a minute, accounting as a science is constantly improving, including in Ukraine.

Aware of the fact that accounting is the basis for making important management decisions, and the work of accountants contributes to the successful operation of enterprises, and ultimately to the growth of the national economy, the Ukrainian authorities decided to honor the work of accountants. Therefore, in 2004, by presidential decree, July 16 was officially established as Accountant’s Day in our country. In 2018, changes were made to the name of the holiday, and since then we have been celebrating it Day of the accountant and auditor.

Day of the accountant and auditor of Ukraine in history

What exactly do accountants do?

What is audit activity?

Auditors are specialists who check the financial and tax documentation of the enterprise, the legality of financial transactions, evaluate the efficiency of work and give recommendations to the management to correct the errors found. Auditors can be part of the company’s staff or work in private or public auditing and consulting companies and conduct inspections at the request of the state or at the invitation of clients.

What are the advantages and disadvantages of the accountant and auditor profession?

Among the advantages is the sufficient demand for these specialists, because any enterprise or organization needs their services. It is also an opportunity for career growth and remote work. Relative disadvantages of the profession can be considered a high level of responsibility, often irregular working hours and the need to constantly absorb large volumes of information.

What is the activity of the Federation of Professional Accountants and Auditors of Ukraine?

The main goal of this organization is to protect the interests of employees in the accounting field, to constantly improve their professional competence, to promote public trust in specialists, and to develop accounting and auditing standards.

How to celebrate the Day of the Accountant and Auditor of Ukraine?

On this day, all Ukrainian accountants accept congratulations on the professional holiday. Ceremonial events are arranged for them, and the best specialists receive honorary degrees from the management and local self-government bodies. Therefore, on July 16, you should not forget to congratulate your familiar accountants and express gratitude for their responsible and difficult work.

Every year, this event is celebrated in Ukraine with the awarding of the “Accountant’s Choice” National Award. The competition is held in ten nominations — from the best bank to the best document delivery service. Employees of the accounting sector cast their votes on the award’s official website, and on July 16, an award ceremony will be held for those companies that facilitate the work of Ukrainian accountants.

Personal finances are also an object of accounting, so why not conduct a home audit on Accountant and Auditor Day, that is, calculate income and analyze your family’s expenses. In addition, there are now many mobile applications for controlling the household budget, which will help to use one’s own resources more consciously and efficiently.

Work in accounting, despite its prevalence, is often considered uninteresting and unprestigious, especially among young people. Therefore, the Day of Accountants and Auditors of Ukraine is designed to popularize this profession, informing society about its features and significance for the development of the country’s economy.

A professional accountant is always a desirable and integral part of any business, because he tracks expenses and profits, ensures compliance with the law, and provides investors and management with quality financial information that they can use in making important decisions.

In their turn, auditors are experts who check the correctness of accounting by accountants, the reliability of financial statements, and also prevent abuse and fraud. It is important that these specialists not only detect errors at enterprises, but also indicate ways to correct the situation.

Despite the fact that the domestic accounting and auditing system has recently undergone important changes in terms of bringing it into line with international standards, the role of accounting in the management of Ukrainian business is still not significant enough, and accounting itself has not yet reached the level of developed countries.

In particular, there is a lack of Ukrainian scientific research in this field, and in practice, the possibilities of economic analysis are not always used in accounting activities. Professional training of specialists in educational institutions also sometimes leaves much to be desired. Therefore, the Day of the Accountant and Auditor highlights the shortcomings in the system and encourages their elimination.

Postcards for the Day of the Accountant and Auditor of Ukraine 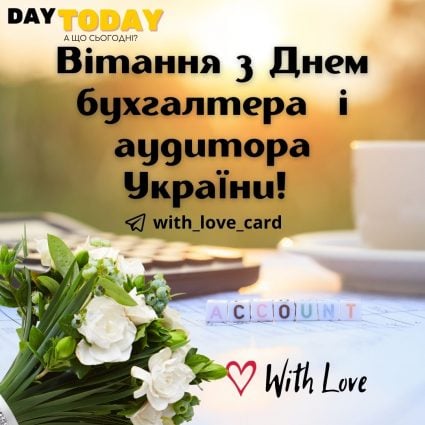 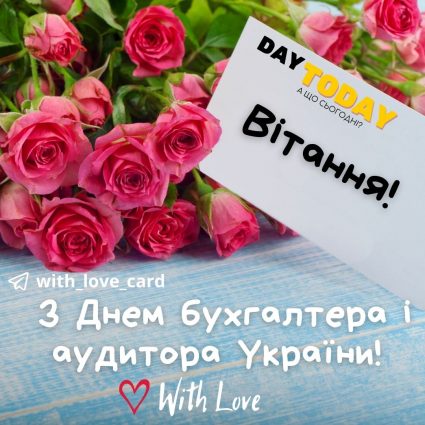 When will we celebrate the Day of the Accountant and Auditor of Ukraine? 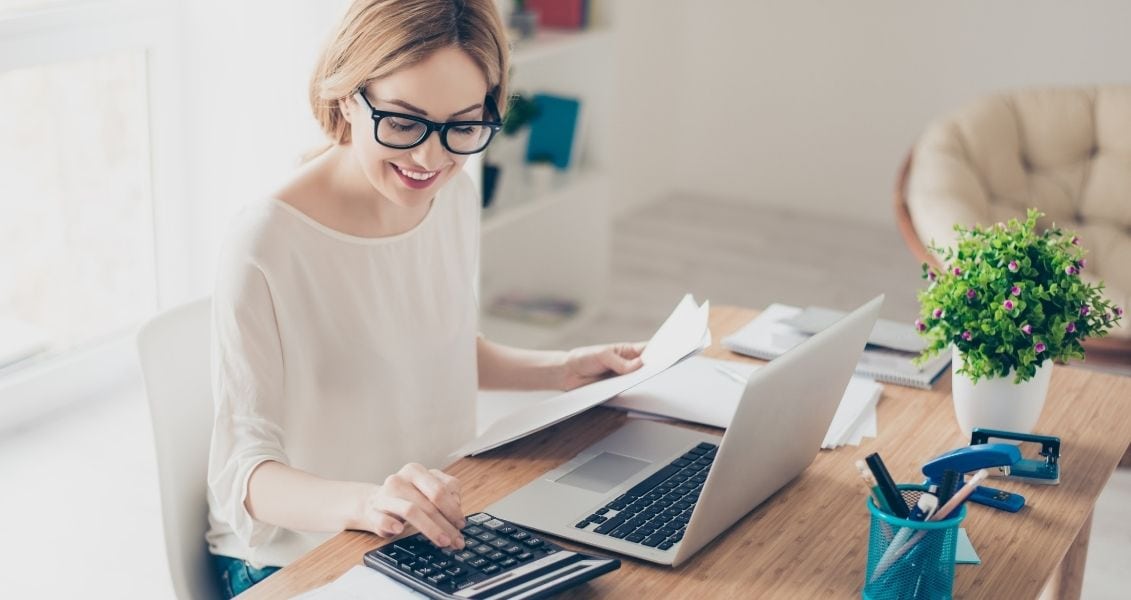 Day of employees of the diplomatic service of Ukraine