International Mother Language Day designed to encourage the governments and populations of all countries to protect and develop the language of every people on the planet. This worldwide event is celebrated every year on February 21, and UNESCO was the founder of the holiday. With its special language, any ethnic community always stands out from the rest. Native language is a carrier of values ​​and knowledge that is passed down from generation to generation as an intangible cultural heritage. Unfortunately, 43% of languages ​​are now under threat of complete extinction. That the language of one of the nations of the world ceases to exist for two weeks. 40% of people do not have the opportunity to get an education in their native language, and this is a very important factor in the formation of national consciousness.

How did the idea of ​​celebrating the International Mother Language Day come about?

All social creatures communicate with each other, from bees and ants to whales and monkeys. But only people use language to communicate, which is much more than a set of certain signals. Language has a completely different nature than animal communication. A special center in the brain, which exists only in humans, is responsible for it. When and how people began to use language, no one can say, but it is generally believed that it was a rather long evolutionary process.

Currently, there are about 7,000 languages ​​in the world, but scientists group them into a relatively small number of language families. In them, languages ​​are connected by common sounds, words or grammatical constructions. Linguists believe that all languages ​​of a certain linguistic group come from one common ancient language.

The most widespread languages ​​in the world

The most widespread languages ​​in the world are Indo-European languages, which are native to almost half of the world’s population. This is a very large group of languages ​​- from Farsi and Hindi to English and Ukrainian. There are several theories of the territorial origin of this language family. According to one of them, Indo-European languages ​​originate from Eastern Europe, which includes Ukraine. Scientists have determined that these languages ​​were formed around 3000 BC.

Another numerous linguistic group is the Semitic languages. They trace their origins to the nomads of South Arabia. In the 3000s BC, these languages ​​were spoken by peoples who inhabited a large area – from southern Arabia to northern Syria. Several Semitic peoples played an important role in ancient civilization – Babylonians, Assyrians, Jews and Phoenicians. Aramaic, one of the Semitic languages, has long been the language of communication between different peoples in the Middle East.

Despite the large number of languages ​​on the planet, up to two-thirds of people speak only twelve languages. The 2.1 billion people of the Earth communicate in three languages ​​- Chinese, Spanish and English. But it is diversity that makes a language a real cultural phenomenon.

Linguistic diversity is unevenly distributed, so the largest number of languages ​​is concentrated in Africa and Asia. About 2,000 languages ​​”live” there. On the other hand, there are only 250 living languages ​​and dialects in Europe. Modern science explains this with a number of factors — from the geographical isolation of certain groups of people to the climatic and social living conditions. There is also a latitudinal gradient in linguistic diversity — the number of languages ​​increases as you approach the equator, while there are fewer of them at higher latitudes.

How vulnerable languages ​​are in today’s world can be seen thanks to the Atlas of World Languages ​​published by UNESCO. For example, in Great Britain alone, 11 local dialects are identified as dying.

The predictions of scientists are disappointing – by the end of this century, up to 50% of the languages ​​that people use today may disappear. Already, about 500 languages ​​in the world have only a few speakers, and some of them only one. They disappear in the same way as rare species of plants or animals in nature.

The struggle for the native language

International Mother Language Day was introduced by UNESCO in order to preserve the languages ​​of all the peoples of the planet as much as possible and treat them with respect. It was celebrated for the first time in 2000, and since then it has been celebrated annually on February 21. It was on this day in 1952 that in the city of Dhaka, which is now the capital of Bangladesh, four students died due to a language conflict.

The government declared Urdu as the sole state language, sparking protests from Bengali speakers who demanded bilingualism in their country. The authorities ignored these demands and banned mass gatherings and rallies. It was at such an “illegal” protest in the city of Dhaka that the police shot dead four Bengali students who were fighting for their native language.

Bengali became the second official language in the country in 1956, and in 1971 the eastern part of Pakistan won independence and became the state of Bangladesh. It was Bangladesh that came up with the idea of ​​creating Mother Language Day on an international scale, and February 21 is a public holiday in this country.

What language is considered the oldest?

Of all the “documented” languages ​​known to mankind, the Sumerian language is the oldest. The Sumerians left behind written evidence dating back to 3000 BC. Unfortunately, languages ​​that existed before writing are unknown to modern science.

Which country has the most languages?

This is Papua New Guinea, where there are 820 different languages. However, only four of them have official status.

Which country has the most official languages?

The first place is occupied by the African country of Zimbabwe – there are 16 official languages.

To which language family does the language of Ukrainians belong?

Ukrainian belongs to the largest Indo-European family and belongs to its Slavic group.

How many varieties are there in the Ukrainian language?

There are three main types of adverbs in the Ukrainian language: northern, south-eastern and south-western. Each of them has several dialects in its composition. In total, there are 14 of them, but this list does not include transitional languages ​​and some special dialects, for example, Lemki.

On this day, UNESCO recommends that all countries conduct informational activities to promote linguistic and cultural diversity. These measures should encourage people to preserve their mother tongue, even if the languages ​​of their daily communication are other. Governments and non-governmental organizations use February 21 to announce policies to support mother tongue learning and protection.

Native language — the one that a person perceives from childhood, without studying it specifically. It is usually the language used in family communication, the language of mothers and fathers. In our country, the state language is Ukrainian, but other languages, at least one and a half dozen, are native to some citizens. Our country started celebrating International Mother Language Day in 2002.

The International Mother Language Day is celebrated in schools and other educational institutions with thematic lessons and round table discussions, contests and quizzes on mother tongue knowledge, meetings with poets and writers.

Libraries also join the celebration. Book exhibitions are organized there, where readers can get acquainted with various publications devoted to the native language – from dictionaries and reference books to journalism.

Humanity has not always realized the importance of preserving the languages ​​of even a few national groups. Until very recently, in the educational systems of many countries, preference was given to only one, at most, two official languages. Children could even be punished for speaking their native language at school. The problem is also known in Ukraine, which experienced the Russification and devaluation of the native language.

Meanwhile, studies show that children achieve more academically if they first learn to read and write in their mother tongue. Eventually, they can learn the official language of the country they live in, that is, they will become multilingual and have better social adaptation. The availability of education in one’s native language reduces the risk of leaving it and ultimately helps to obtain a higher professional education.

Every language is much more than just words. National traditions and values ​​are concentrated in the language. If a society respects different languages, it means that it respects all cultures.

Communicating with people in their native language is the key to the success of any international activity or business. Information, training courses or promotions – content in the native language is better perceived and inspires more trust. And publishing, for example, basic medical information in a language understandable to people can even save lives.

Celebrating International Mother Language Day helps our world not lose and forget any of the human languages. It also encourages us to love our native language and strive to learn as much as possible about it.

When will we celebrate International Mother Language Day? 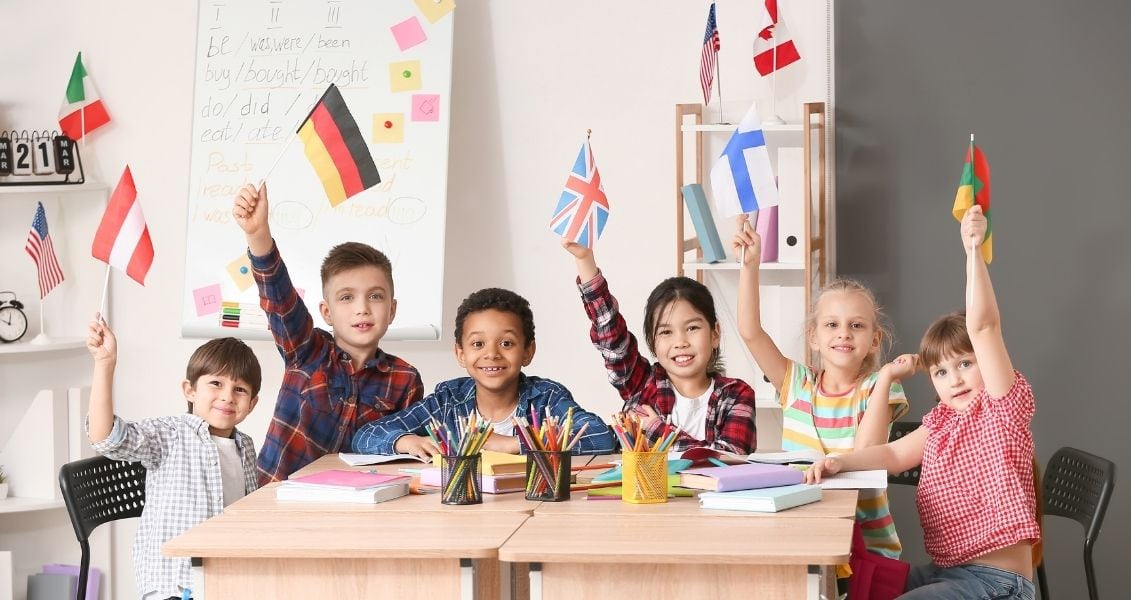 📬 When is National Newspaper Carrier Day 2022