It so happened that common security in the modern world faces numerous threats, because armed conflicts in different countries arise quite often. They usually require the efforts of the world community at the global level to solve them, which is why there is such a phenomenon as international peacekeeping activities. Ukraine, like other democratic countries, cooperates with international organizations on the settlement of violent confrontations, and Ukrainian peacekeepers take a direct part in this activity. In honor of servicemen who protect peace in other regions, a holiday has been established in Ukraine — Day of Ukrainian peacekeeperswhich is celebrated every year on July 15.

How did the idea to celebrate the Day of Ukrainian Peacekeepers come about?

It would seem that after the end of the grueling World War II, there should finally be general peace on the planet, but instead, new armed conflicts continued to arise due to political and international enmity. Therefore, the newly created UN was faced with the issue of resolving such situations.

Initially, the UN formed its missions out of unarmed observers and lightly armed military personnel, who usually performed observation and reporting functions. That was the first mission in 1948 — observers in the conflict zone between Palestine and Israel watched how the countries observed the truce. But the use of international forces as a buffer between the parties to the conflict gained official status only in 1956, when the Suez crisis marked the creation of the UN Emergency Armed Forces.

Despite the fact that Ukraine is a founding state of the UN, after the declaration of state independence in society and among political forces, for some time there was no agreement on the expediency of participating in military operations not directly related to our national interests.

But soon a real war broke out in the former multinational Yugoslavia, and due to the urgent need for humanitarian aid support, monitoring of no-fly zones and border areas, on February 21, 1992, the UN introduced the Protection Force (UNPROFOR) into Croatia. This mission also spread to Bosnia and Herzegovina and Macedonia. Ukraine received an official appeal from the UN with a request to strengthen the international mission in the former Yugoslavia with its contingent.

After the parliament of our country adopted the relevant resolution, the 240th special separate battalion was formed very quickly, which included representatives of various military units. On July 15, 1992, the first group of Ukrainian peacekeepers arrived in Sarajevo at the height of hostilities. Almost immediately, our battalion suffered its first losses – seven fighters were wounded, one of whom died in the hospital. But, despite the difficult conditions of service and combat losses, our peacekeepers fulfilled all the tasks set before them with dignity.

Since then, Ukraine has participated in 26 international peacekeeping and humanitarian missions. The largest for us was the operation in Iraq as part of the Multinational Forces in the period 2003-2008. At first, the Ukrainian contingent consisted of a battalion of radioactive and chemical reconnaissance, and later it was expanded to a brigade numbering 1,700 people.

Ground and air units of the Ukrainian army played an important role in maintaining peace in many countries of Africa, the Middle East, Asia, as well as in Georgia. Observing the observance of the ceasefire, helping to rebuild hospitals and schools, escorting vehicles with humanitarian aid, clearing mined roads, evacuating civilians, protecting strategic objects such as bridges or water sources, as well as buildings of religious and historical importance are the list of functions of our peacekeeping contingent is not yet complete.

Currently, Ukraine is represented by “blue helmets” in six UN peacekeeping operations — in Kosovo, in Mali, in Congo, in South Sudan, in the Abyei area (between North and South Sudan) and in Cyprus. The largest in terms of numbers is the national Ukrainian contingent of the stabilization mission in the African Congo, which includes a separate helicopter group of the Armed Forces of Ukraine. In addition, Ukrainian military specialists with combat experience gained during the Russian aggression are valuable experts in demining territories.

Ukraine’s role in multinational operations is not limited to peacekeeping activities exclusively within the UN — our contingents were involved in NATO missions in Kosovo, Iraq and Afghanistan, the European Union police mission in Bosnia and Herzegovina, the European Union’s anti-piracy operation, NATO’s anti-terrorism operation “Active Efforts” . Of course, at the same time, the conditions of each such operation correspond to the provisions of the UN Charter.

By the way, it is thanks to our country that the International Day of UN Peacekeepers appeared, which the world celebrates on May 29. Our delegation submitted the idea of ​​this holiday in 2002, after which the UN General Assembly adopted a corresponding decision.

The national day in honor of Ukrainians participating in peacekeeping operations was introduced on May 21, 2013. On this day, our parliament adopted a resolution on the initiation of a new state holiday – the Day of Ukrainian Peacemakers. July 15 was chosen as the date of commemoration of this event – the day on which in 1992 the planes with the first groups of our servicemen flew to Bosnia and Herzegovina.

Day of Ukrainian peacekeepers in history

Frequent Questions and answers on the Day of Ukrainian peacekeepers

How many peacekeepers from Ukraine were involved in relevant UN missions during the period of independence?

The number of Ukrainian servicemen participating in peacekeeping operations since 1992 is about 45,000.

What are the requirements for Ukrainian peacekeeper candidates?

In order to be a part of a peacekeeping mission, it is first of all necessary to have experience of service in the Armed Forces, in particular, in the ATO zone. Candidates must have a certain level of psychological and physical fitness, as well as meet the requirements of each of the specific military specialties.

How many women are among Ukrainian peacekeepers?

Currently, there are quite a few women among our participants in peacekeeping operations — only every 20th Ukrainian peacekeeper is a woman. At the same time, Ukraine declares its intention to increase the representation of women among peacekeepers in accordance with the policy of gender equality.

In which countries did the most Ukrainian peacekeepers die?

During all the years of participation in peacekeeping activities, 55 Ukrainian soldiers died. The contingent of our compatriots suffered the greatest losses in Iraq, where 18 servicemen died in the line of duty, as well as in the former Yugoslavia, where 15 Ukrainians lost their lives.

Who finances UN peacekeeping operations and how much do they need?

Financing peacekeeping operations is the collective responsibility of all UN member states. The size of these contributions is determined by a special formula, in particular, the level of economic well-being of the country is taken into account. At the same time, the budget of peacekeeping missions from July 1, 2020 to June 30, 2021 amounted to 6.58 billion dollars.

How to celebrate the Day of Ukrainian peacekeepers?

First of all, it is a professional holiday of those who defend peace outside of Ukraine, so on July 15, our peacekeepers receive greetings from the President of Ukraine and other high-ranking government officials. Also on this day, the participants of the peacekeeping missions are presented with honors and awards from the command of the Armed Forces. Each of us can also join this event by congratulating the peacekeepers we know, or by sharing information about the holiday on social networks.

According to tradition, on July 15, the memory of those Ukrainian soldiers who gave their lives during the reconciliation of the warring parties and the protection of the civilian population in different years and in different parts of the world is commemorated throughout the country. Anyone can join the rallies, which usually take place near the monuments to the fallen peacekeepers, and bring flowers as a sign of respect to the heroes.

In order to deepen knowledge about the history of peacekeepers, both adults and children interested in this topic should visit libraries, because many of them organize thematic exhibitions of books on the peacekeeping activities of Ukraine, as well as articles from periodicals on this topic, to coincide with the holiday. You can also watch documentaries, for example, “Peacemakers. In the mountains of Svaneti” or “On the line of fire. Entry into Iraq”, which will allow you to better understand all the dangers and responsibilities of the noble mission placed on the shoulders of Ukrainian servicemen in peacekeeping operations.

This day was established in order to celebrate and honor the courage and professionalism of Ukrainians – participants in peacekeeping missions, as well as their contribution to the cause of restoring peace on the planet. The holiday also reminds us of what our servicemen risk their lives far away from their home country.

Thanks to the partnership in international peacekeeping missions, Ukraine receives numerous advantages, first of all, it strengthens its own authority, creates favorable conditions for the start and development of mutually beneficial cooperation with other countries. In addition, Ukrainian servicemen gain valuable professional experience during peacekeeping operations.

Acquaintance of our specialists with new types of weapons and equipment, as well as organizational achievements and opportunities for military-technical cooperation with the armed forces of other states is also very important. These factors are extremely important for the further modernization of the national army.

Unfortunately, today Ukraine itself needs international peacekeeping influence in settling the military conflict in the east of the country. Because of this and a number of other reasons, Ukraine has reduced its representation in international peacekeeping activities in recent years. Therefore, the holiday of Ukrainian peacekeepers is an occasion for the authorities to find an opportunity to involve not only the military in this activity, but also representatives of the police and people of civilian professions, because in modern conditions peacekeeping activities are no longer exclusively a military matter.

When will we celebrate the Day of Ukrainian peacekeepers? 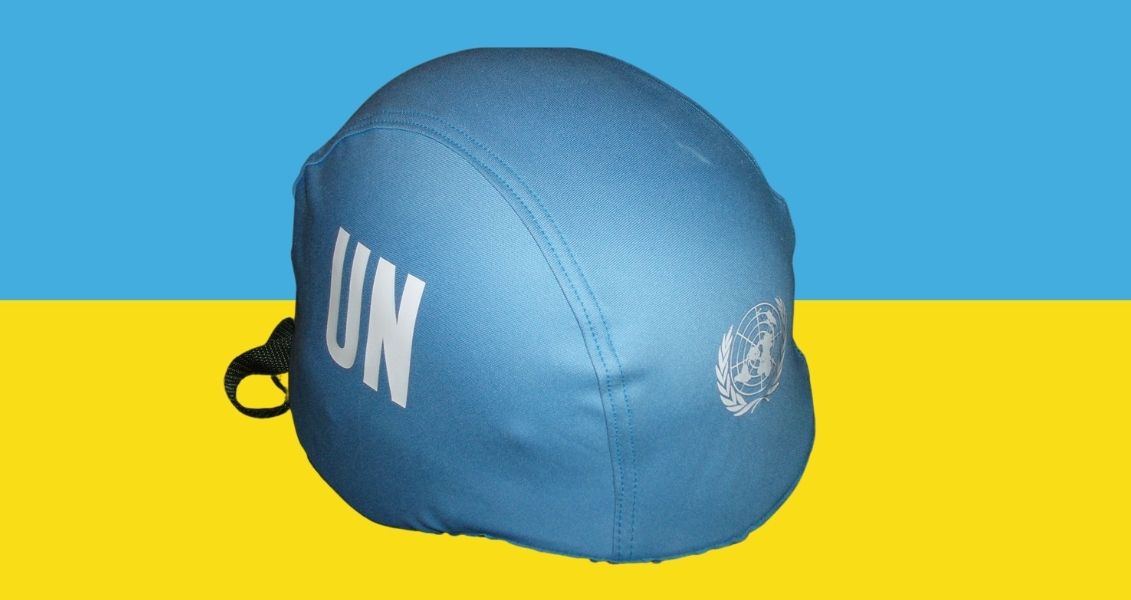