Day of trade workers in Ukraine

Trade is an extremely important phenomenon in the life of society. Since ancient times, it has helped people get to know the world better – it is enough to remember the merchants who made many long journeys and important discoveries just for the sake of trade. In the modern world, trade is a significant economic and even political factor for any state. Our country is no exception — its trade has a long and eventful history, so Ukrainians have long respected the work of people engaged in trade. A special holiday has been established in Ukraine to honor them professionally — Day of trade workerswhich is celebrated every year on the last Sunday of July.

How did the idea of ​​celebrating Trade Workers’ Day in Ukraine come about?

Trade on the territory of Ukraine had a high level of development even during the times of Kyivan Rus. The centers of trade were cities, where the surrounding artisans and peasants gathered to sell the results of their work and buy everything necessary for life. In Kyiv, Chernihiv, Pereyaslav and other cities there were entire districts where foreign merchants from Europe, Scandinavia and the East lived. Jews and Armenians made up a significant part of the merchant and usurer communities.

Merchants from Kyivan Rus have always been welcome guests in other states. For example, in Constantinople there was a separate trading yard where they constantly stopped. They traded fur, wax, linen, leather, silver products, and bronze mirrors. Sometimes captives captured in military campaigns were taken to the slave markets. Instead, foreign merchants brought expensive fabrics, spices, gold and silver jewelry, precious stones, weapons, wine, and horses to our lands.

Internal trade was also actively conducted – from Kyiv to other cities, the products of master craftsmen were delivered, from Volyn – salt, and to those regions of the state where there was little fertile land, grain and vegetables were taken for sale. The main trade center of Kyiv was Podil. It was there that most business deals were concluded and active trade was conducted by both local manufacturers and foreign merchants.

Even after Kyiv was captured by Khan Batia’s troops, the development of trade relations did not stop, on the contrary, the number of merchants – peddlers increased. The traditional form of trade was benches and trade rows, for example, bread, fish or cloth. In the 15th century, merchants specializing in a certain product began to create guild associations to control pricing.

Bazaars functioned once or twice a week in cities and towns, and fairs became the largest form of trade, including wholesale trade. Since the 17th century, every Ukrainian city had the right to hold from one to three fairs a year, moreover, in such a way that after the end of one of them, merchants could visit several subsequent ones. Even during the liberation war of 1648-1654, fair trade did not stop, as evidenced by the records of the famous traveler and writer Pavel Alepskyi.

In the 20s of the last century, fairs were banned, and all trade came under state control. During the Soviet period, trade in Ukraine was carried out mainly over the counter, with active participation of the seller in weighing, packing and cash settlement. At the same time, all stores were completely dependent on centralized supply. The assortment of goods was quite narrow, therefore it covered only the minimum needs of the population. In the late 1980s and early 1990s, there were universes that combined the sale of food and industrial goods, but the very model of trade organization has hardly changed.

After Ukraine became independent and took a course for the development of a market economy, the centralized system of distribution of goods was abolished, the prices of consumer goods were liberalized, and the privatization of the former state trade began. A competitive environment was formed, entrepreneurial activity grew, and new channels of movement of goods were formed.

The Ministry of Trade was liquidated, so all trade enterprises began to independently find goods for sale and solve their own organizational and financial problems. At the same time, the law “On Protection of Consumer Rights” adopted in 1991 proclaimed the rights of buyers to a high level of service, proper quality and safety of goods.

Despite the fact that the word “salesman” appeared relatively recently – in the 19th century, the profession itself has changed a lot since then. The always disgruntled and not very polite salesmen of the times of the USSR have almost been forgotten, instead, modern trade business employees know how to plan and develop sales, conduct negotiations, use computer equipment, find customers and communicate with them in a friendly manner. It was in honor of such Ukrainian trade workers that a professional holiday was established in our country in 1995 – the Day of Trade Workers.

Day of trade workers in Ukraine in history

Why is Trade Workers’ Day celebrated in Ukraine on the last Sunday of July?

Back in 1966, the fourth Sunday of July was established as a professional holiday for trade workers in the USSR. Apparently, in independent Ukraine, they decided not to change the established tradition and leave the date of the national holiday unchanged.

What are the types of trade?

Trade is traditionally divided into foreign and domestic. External is an international trade activity consisting of import, export and transit. Internal trade is carried out exclusively within the borders of one state and can be retail and wholesale.

What type of trade is the sale of goods on the Internet?

Such trade belongs to a separate type of retail trade – distance or by samples. In this case, the buyer chooses the desired product according to the presented sample, description, photo, advertisement or other information provided by the seller.

Responsibilities of sellers may vary depending on the specifics of the store. But usually the seller must be able to work with the cash register, provide customers with complete and reliable information about the goods, have the ability to do mathematical calculations, take care of his appearance, and know the elementary rules of psychology for successful communication with customers.

Which Ukrainian goods are a priority for domestic foreign trade?

Currently, Ukraine sells abroad the products of the agro-industrial complex, metallurgy, machine-building industry, as well as mineral fertilizers, wood and products of the chemical industry. In 2020, our state exported 18 billion dollars worth of goods to the European Union alone.

How to celebrate Trade Workers’ Day in Ukraine?

Every year, the Kyiv National University of Trade and Economics traditionally becomes the national center of the celebrations. Trade Workers’ Day is celebrated there with celebrations, professional forums, concerts and sports tournaments.

Throughout the country, local self-government bodies organize festive events for the professional holiday of trade workers, and also award honorary degrees to entrepreneurs who, through their activities in the field of trade, contribute to the economic development of the region.

It should be remembered that trade employees are not only sellers and cashiers, but also consultants, commodity experts, sales agents, sales managers, merchandisers, supervisors, auctioneers and other specialists. The work of these people is actually not easy, because it requires a lot of specialized knowledge and skills, and it is also quite stressful. Therefore, on July 25, they all deserve sincere congratulations from relatives, friends, and, of course, from customers.

So, Trade Workers Day is a great reason to go shopping. In addition to the fact of the purchase, sellers will be pleased to receive holiday greetings and words of gratitude, and the good mood of sellers can promise pleasant discounts to buyers.

It is impossible to deny the importance of trade both for the country as a whole and for each citizen, because the saturation of the Ukrainian consumer market with the necessary amount of quality goods depends on how organized and efficient our trade establishments are.

Trade activity provides an opportunity to buy even products that are not produced in our country. In addition, trade stimulates the development of the state in terms of economic growth – thanks to it, the budget receives a significant percentage of tax revenues, and a considerable number of people are provided with jobs.

The role of trade employees directly is important – we usually do not realize this when visiting stores or making purchases on the Internet. However, our mood and well-being often depend on the professionalism, kindness and tact of the seller, and this is especially felt in the case of conflict situations in the store or on the market.

This holiday also draws attention to troubles in domestic trade. For example, back in the 2000s, the problem of legislative support for trade activities in Ukraine arose. A draft law “On Internal Trade” was even created, but the issue of its adoption still remains unresolved. In foreign trade, the problem is insufficient competitiveness of domestic goods on European markets, as well as difficulties in finding foreign trade partners.

When will we celebrate Trade Workers’ Day in Ukraine?? 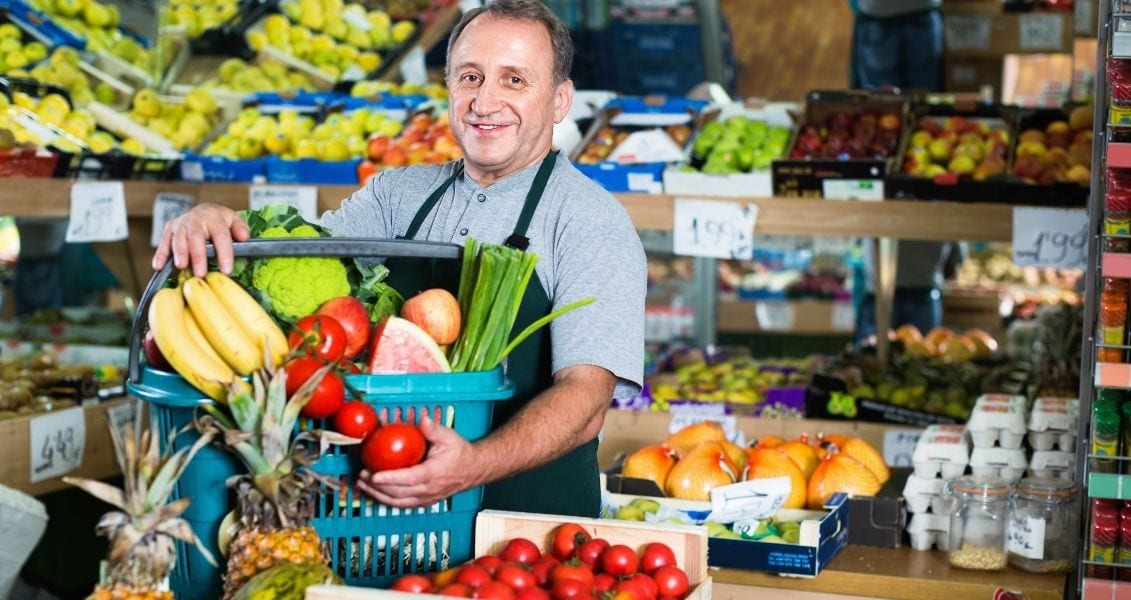 Read more:  Independence Day of the Republic of Tajikistan