Day of Remembrance of the Victims of the Famine

Every year, the fourth Saturday of November is a day of great sadness and sorrow for all Ukrainians. This memorable date should remind of the terrible events related to the genocide committed against the Ukrainian people. This day, full of sorrow, is called the Day of Remembrance of the Holodomor Victims, which took place in 1921-1923, 1932-1933. and 1946-1947. The most tragic and terrible in terms of consequences was the mass famine of 1932-1933. It is known that during this period, more than 7 million people died from the famine, artificially and systematically introduced into life by the top of the Soviet government. The dead are honored with a moment of silence, and an event called “Candle of Remembrance” is held across the country.

People were dying of hunger in the village, we never had enough in Kyiv, and barges with grain were being sunk in the Dnieper near the Vydubek Monastery.

The words of an unknown eyewitness

How the idea to celebrate came about Day of Remembrance of the Victims of the Famine?

The facts of the Holodomor, caused by the Soviet authorities led by J.Stalin, are recognized as a purposeful genocide of the Ukrainian nation both at the national and international levels. The totalitarian Soviet regime systematically exterminated the Ukrainian people, as evidenced by numerous historical evidence.

In terms of its size, the Ukrainian nation was second in the Soviet Union, second only to the number of Russians. However, the love of freedom, a rich cultural and historical heritage and original traditions set Ukraine apart from other republics that were part of the USSR.

The national liberation movement, the independent peasantry, and the intelligentsia, rooted in European values, did not accept either the power of the communists or their policies. The opposition was so strong and vivid that the top of the Soviet government made a decision: “Destroy!”.

To destroy a political nation that sought freedom and independence from a totalitarian regime. And they decided to destroy it with hunger.

In January 1928, the leaders of the Communist Party began to implement a mechanism that later led to the terrible Holodomor – the state began to harvest bread by forced methods.

Almost all grown grain was taken from the peasants at measly prices, and wealthy farms were liquidated. Property was taken by force, and the owners themselves were declared kulaks and enemies of the people. This is how collectivization was carried out – the association of farms.

This policy led to mass meetings, uprisings, protests, in which more than 1 million peasants took part. However, by 1931, about 70% of farms underwent collectivization, that is, they were taken from their previous owners and entered into state ownership. Thus, more than 350,000 peasant owners were left without land.

Despite this, the Ukrainian people continued to actively oppose totalitarianism. During the first half of 1933, Ukraine accounted for about 60% of all protests that took place in the Soviet Union at that time. In order to suppress popular resistance, J.Stalin decided to organize an artificial famine in Ukraine and in this way destroy the lion’s share of the population.

Terrible events for the Ukrainian people are arranged in a clear chronological sequence, which is difficult not to follow. Below, in historical sequence, are the facts of the implementation of a carefully thought-out plan of artificial famine, which led to the death of millions.

During the famine, the Soviet authorities continued to take food from the starving peasants and refused any help from abroad. All starving areas were completely isolated, and information about them was carefully concealed. In order to prevent the peasants from being saved from starvation, entire Ukrainian cities and districts were surrounded by NKVD units. The bread seized from the peasants was exported abroad, sold for currency, which was used for the development of industrial enterprises.

During the calendar year, millions of people died on the territory of the Ukrainian SSR. Since the totalitarian regime deliberately forbade the recording of deaths, it is practically impossible to establish the exact number of dead. But even the approximate numbers are terrifying.

In 1933, immediately after these terrible events, various numbers were announced. Some researchers spoke of 1.8 million dead, while others claimed that the number of victims reached 10 million.

According to calculations made by the Institute of Demography and Social Research of the National Academy of Sciences of Ukraine, the number of casualties reached almost 4 million people. The planned extermination of people also led to a birthrate deficit of 600,000 people.

Mortality among the minor population of Ukraine was high. Thus, in the fall of 1933, the number of children in schools decreased by two thirds. The year 1933 became a real catastrophe of a national scale for Ukraine, the consequences of which are felt even today.

All information about the famine in Ukraine was deliberately suppressed. It was officially assumed that there was no famine.

The existence of the Holodomor was hushed up until the end of the 80s of the 20th century.

Despite titanic efforts to hide from the international community the horrors suffered by the population of Ukraine at the hands of the Soviet authorities, the truth came out. Journalists from the West came to Ukraine, so publications about the Holodomor were published in Germany, Great Britain, France, Belgium, and the USA.

Western Ukraine, which at that time was not part of the Ukrainian SSR, was active in rescuing Ukrainians living under Soviet rule. Metropolitan Andrey Sheptytskyi was among the organizers of aid to the victims.

Thanks to the active activities and efforts of public figures, the world learned about the situation in Ukraine. But the help offered by the international society of the Red Cross to the starving Ukrainians was rejected by Moscow.

All that is secret becomes manifest

Society was deeply affected by the artificial famine, which made millions of people victims. Eyewitnesses did not stop talking about the terrible crime of the totalitarian regime. Thus, individual publications and whole books devoted to the topic of the Holodomor appeared one after another. Among them are “The Iron Age of Russia” by V.H. Chamberlin, “Maria” by U. Samchuk, “The Yellow Prince” by V. Barka, articles by Gareth Jones.

In 1984, a special Commission was created in the USA, which investigated the events of the Holodomor according to eyewitnesses and came to the conclusion that genocide was committed against the Ukrainian people. Under the influence of external factors, the leadership of the Soviet Union in 1988 was forced to admit the fact of creating an artificial famine.

Where did the famine take place?

The Holodomor was introduced on the territory of the former USSR and the Kuban region of Russia, where at that time a large Ukrainian community lived.

When was the famine?

When to light a candle in memory of the victims of the famine?

On the last Saturday of November, at 4:00 p.m., Ukrainians light candles and put them on the windows of their houses. The action was proposed by the Holodomor history researcher James Mace and is called “Candle in the Window”.

How to honor the memory of the Holodomor victims?

Every year on this day, at 4:00 p.m., a moment of silence is announced across the country and the “Candle in the Window” campaign is held. Every Ukrainian can join the campaign by lighting a candle and placing it on the window.

Events are held in major cities of the country, during which flowers and spikes of grief are brought to the memorials of Holodomor victims. Memorial services are held throughout the country. It is a day of mourning, so all entertainment events, including those on television, are cancelled.

Special programs dedicated to the memory of the victims of the Holodomor take place in educational institutions. Their goal is to tell children about what happened in those terrible days and to emphasize how important human life and national dignity are.

Why is it important to remember this day?

The Day of Remembrance of the Victims of the Holodomor is important for every Ukrainian, regardless of gender, age and social status. Mass and brutal acts of genocide became the response of the Soviet authorities to the desire for freedom and independence.

Artificially organized hunger was designed to suppress the voice of those who disagreed with the decisions of the totalitarian regime. And at the time when thousands of tons of grain were sent abroad, and potatoes rotted in wagons in the open air, millions died of hunger.

When will we celebrate Day of Remembrance of the Victims of the Famine? 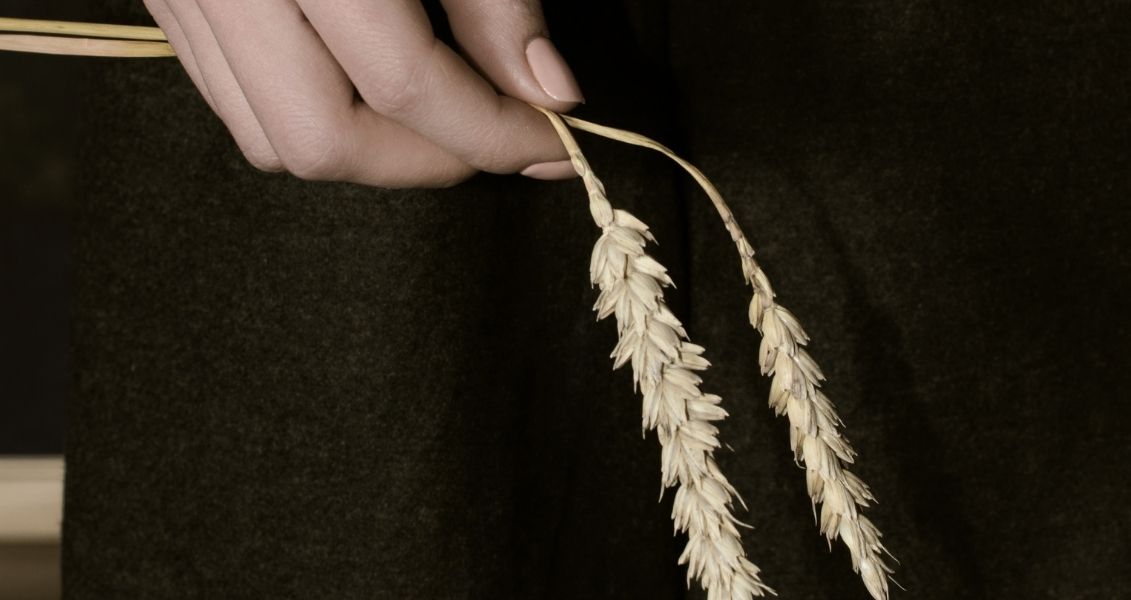 Day of the Air Force of the Armed Forces of Ukraine