April 26, 1986 is known around the world as the date of the largest accident ever caused by a peaceful atom. The consequences of the Chernobyl disaster have no equal, it enveloped a large part of the planet with a radioactive plume and turned a flourishing area into an exclusion zone. Thirty years after the disaster, the United Nations was proclaimed on April 26 International Chernobyl Remembrance Day, and in Ukraine this day began to be celebrated much earlier. It is a reminder of how dangerous nuclear power can be, of the heroism of the disaster responders, and of the long-term consequences of this event for people and the environment.

How did the idea of ​​celebrating the International Chernobyl Remembrance Day come about?

As of the spring of 1986, the fourth power unit at Chernobyl NPP has been working for more than two years and on April 25 it was scheduled to stop for scheduled maintenance. Usually, such situations at the station were used to test equipment, and this day was no exception. This time, they had to determine how much energy the turbogenerator would have in coasting mode, i.e. without supplying steam to the turbine.

The beginning of the experiment

On April 25, at one o’clock in the morning, operators began to reduce the power of the reactor of the fourth power unit. At 1:05 p.m., the turbogenerator was disconnected from the network, and it went into power supply mode for its own needs. An hour later, the reactor was disconnected from the emergency cooling system. However, a ban was received from Kyivoblenergo regarding the further reduction of the reactor power, and only late in the evening, at 11:10 p.m., the operators received permission to do so.

The power was reduced to critically low indicators, and on April 26, at one o’clock in the morning, the experiment itself began. According to his plan, all circulation pumps that pump water through the reactor were connected. However, this load turned out to be excessive, steam formation in the reactor decreased and the control rods were automatically withdrawn from the active zone.

Loss of control over the reactor

Fearing an emergency shutdown of the reactor, which would mean the failure of the experiment, the operators disabled the emergency shutdown system, which is activated when the water level and steam pressure are unacceptably low. As a result, all levers of influence on the processes in the reactor were lost, but the experiment was continued and one of the turbines was turned off according to plan. Circulation pumps have sharply reduced power, the flow of water through the reactor has also decreased. In the reactor, steam formation and power increased sharply, and automation began to introduce control rods into the activity zone. But it did not help – the power of the reactor only increased, so the operators used the emergency protection button, due to which the rods had to descend as quickly as possible.

However, the steam pressure was too high and did not allow the rods to sink to the required depth. At 1 hour 23 minutes, the active zone of the reactor was destroyed by a thermal explosion. Water vapor entered the thermonuclear reaction zone and a few seconds later a second explosion rang out, which tore apart the entire structure of the fourth power unit, destroyed the concrete roof, caused a fire and significant contamination of the environment with radioactive substances.

The fire brigade headed by Lieutenant Volodymyr Pravyk was the first to extinguish the burning power unit. It was possible to put out the fire at five in the morning, but almost all the first liquidators of the disaster died in the coming days and weeks from a huge dose of radioactive exposure.

On April 27, the government began evacuating the population of Pripyat. According to various sources, 44,000 to 47,000 people were deported per day. People gathered in a hurry, hoping to return home soon. At the same time, sand, clay, lead and other materials began to be dropped from rotorcraft onto the emergency reactor, inside which the burning continued.

The Soviet government informed citizens about the disaster on April 28, while its true scale was not made public. Foreign mass media actively informed people about the danger, and at that time May Day demonstrations were held in the capital of Ukraine, 100 kilometers from Chernobyl. On May 2, in connection with the increase in the level of radiation, the evacuation of populated areas of the 10-kilometer zone began, and two days later the evacuation zone was expanded to 30 kilometers. Despite this, in television and radio addresses to the people, high-ranking officials claimed that the level of radiation is constantly decreasing and meets all international standards. In fact, scientists later estimated the radiation emissions to be equivalent to approximately four hundred Hiroshimas.

At the end of May, the emergency zone began to be treated with a special sorbent substance from rotorcraft, and rain clouds over Pripyat were dispersed with the help of aviation. Specialists, workers and military units traveled to Chernobyl from all over the country to eliminate the consequences of the accident. As of December 1986, the fourth power unit was buried under the “Shelter” facility, which was a concrete sarcophagus.

As a result Chernobyl disaster radiation pollution affected about 200 thousand km2. Zhytomyr and Kyiv regions, adjacent territories of Belarus and Russia were most affected, and an exclusion zone with a radius of 30 kilometers was separated around the Chernobyl nuclear power plant itself. The impact of the disaster on human health is still being studied, but scientists do not have a single opinion on this matter – some believe that only direct participants in the liquidation and residents of contaminated areas should be associated with radiation, others insist that the consequences of the accident will affect health not only modern, but also future generations of Ukrainians.

International Day of Remembrance of Chernobyl in History

Frequent Questions and answers on the International Chernobyl Remembrance Day

Who was the first outside the USSR to learn about the Chernobyl accident?

At the Forsmarks nuclear power plant in Sweden, the security system began to send appropriate signals, so its employees were the first to learn about the increase in the radiation background. It was assumed that the release occurred at Chernobyl, but only after Sweden was about to submit a formal request to the International Atomic Energy Agency, was the USSR forced to report the accident.

How safe is the city of Pripyat today?

Since 1995, excursions for tourists began to be held in Pripyat, and since then their number has only been increasing. Experts assure that this city is safe in terms of radiation, if you follow the rules – do not go beyond the tourist routes and do not try to get inside the protective structure of the reactor.

When will the final decay of all radioactive elements on the territory of the Chernobyl NPP take place?

Scientists have determined that this moment will come 24.5 thousand years after the catastrophe, that is, in the year 26486. However, this applies only to a 5-kilometer radius of the area around the reactor.

How did radiation affect the animal world in the exclusion zone?

Despite the widespread myths about mutant animals, the fauna in Chernobyl has recovered – both the species and the number of animals have increased, because the anthropogenic impact on this territory is minimal and it has actually turned into a protected zone.

How many people now live in the exclusion zone?

Despite the authorities’ ban, some people avoided evacuation or soon returned to live in the closed area. Exact data do not exist, but several hundred people now live in the exclusion zone. Most of them are elderly people.

Every year on April 26, a meeting dedicated to the anniversary is held at the UN headquarters in New York Chernobyl disaster. Thus, the organization calls on the world to remember the lessons of this tragedy, to be ready for new challenges, and also emphasizes the need for continued international cooperation in the fields of health care, environmental protection, nuclear safety and information in the context of the Chernobyl accident.

In Ukraine, on this day, both in large cities and in small villages, requiem rallies are held in memory of Chernobyl, people bring flowers to the memorials to the liquidators of the disaster. Meetings with liquidators and eyewitnesses of those events are organized for schoolchildren, libraries organize thematic book exhibitions.

The topic of Chernobyl has been addressed more than once by feature film directors, so on April 26, it is worth choosing an interesting film for viewing, for example, “On Saturday”, “Land of Oblivion” or the mini-series “Chernobyl”. You can also read one of the books that provide more facts and details. Among them are “Chornobyl Prayer” by Svitlana Aleksievich, “Chernobyl Notebook” by Grigoriy Medvedev, “Chernobyl. A Disaster Story” by Adam Higgingbotham.

This day not only reminds us of the history of the disaster that happened 35 years ago, but also makes us want to bow our heads to the memory of people who did not stop in the face of mortal danger in order to overcome a common problem. The heroes of that battle are firefighters, military personnel, engineers, doctors, and ordinary workers who did everything possible to prevent even greater negative consequences as much as possible. We also remember the thousands of people who were forced to leave their homes because they, along with the fields, forests and rivers covered with radioactive ash, became unfit for life.

Recently, more and more countries are abandoning the use of nuclear energy. However, in today’s situation, with trouble-free operation, nuclear power plants are much safer for the environment than thermal or hydroelectric plants – they do not pollute the air with fuel combustion products and do not harm water bodies. The main thing is to remember the experience of Chernobyl, that is, to treat such objects very seriously, to have highly professional staff and clear instructions for actions in such extreme situations.

The only positive that the world has brought out of Chernobyl disaster is an invaluable experience of how to act correctly in the event of a man-made disaster, and what not to do. This knowledge came in handy more than once, in particular, during the accident at the Fukushima nuclear power plant in 2011. In addition, a mathematical analysis of the regularities of such events, carried out by specialists from Switzerland and Denmark, provides a disappointing conclusion – the possibility of an accident similar to Chernobyl is 50% in the coming decades.

When will we celebrate International Chernobyl Remembrance Day? 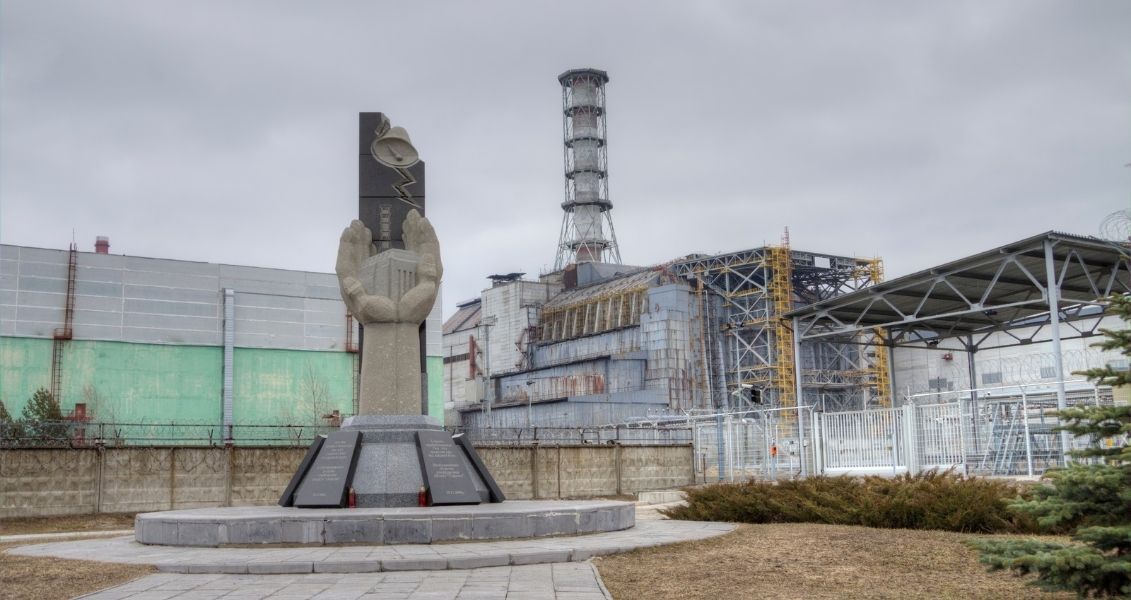 ABOUT US
Whenisholiday.com - site dedicated to the holidays of the whole world. Do you want to know what holiday is today? Then enter a number in the search and be always up to date. Did you know that every day there are 10 or more holidays around the world? We didn't know either, so we decided to figure it all out and tell you. Subscribe and stay with us)))
Contact us: [email protected]com
FOLLOW US
© Whenisholiday, 2022 All rights reserved
MORE STORIES

The day of the domiko is a holiday of treating the...

Day of the goddess of fertility