Every year on March 9, Ukrainians around the world celebrate Birthday of Taras Hryhorovych Shevchenko – the great Kobzar, an outstanding Ukrainian poet and artist. In the mind of every citizen of our country T.G. Shevchenko takes the place of a national hero. Thanks to his life and work, the great artist inspired the patriots of Ukraine to fight for truth, freedom and the future of our mother Ukraine. On this day, solemn events are held in every school, every settlement of Ukraine and among the diaspora.

How did the idea to celebrate Taras Shevchenko’s birthday come about?

Children begin to get acquainted with the biography of the Ukrainian Kobzar from the first year of school life, and the poems of the great poet begin to be studied in kindergartens. His creativity, his indomitable spirit, which can be seen in every line of poetry permeated with suffering and the desire for freedom, grows in every Ukrainian a true citizen and patriot of his country from childhood.

Taras was born in the family of a Ukrainian serf on March 9, 1814 in the territory of the modern Cherkasy region. The boy lost his mother very early, and later his father also passed away. However, thanks to his abilities and perseverance, he still managed to get a diploma from the deacon. When he turned 14, the boy began to serve in the house of the landowner Engelhardt, to whom he actually belonged. As the property of his master, Shevchenko moves with him to St. Petersburg.

The formation of a young artist

From an early age, Taras has shown great drawing abilities, so he will have an extraordinary opportunity to study with Vasyl Shiryaev, an artist and master of the St. Petersburg painting workshop. There he gets the opportunity to communicate with representatives of the Russian intelligentsia. T.G. Shevchenko draws the attention of the great artist Karl Bryullov and the outstanding poet Vasyl Zhukovsky, who make great efforts to free the talented Ukrainian young man from the shackles of serfdom.

Pavlo Engelhardt is the man who at that time owned T.G. Shevchenko understood the great value of the poet, so he assigned a large sum of money for his release – two and a half thousand roubles. To receive this amount, Bryullov sold at auction a portrait of Zhukovsky, which he himself painted. It is worth saying that the emperor’s family participated in the auction.

After gaining freedom, T.G. Shevchenko became a student at the St. Petersburg Academy of Arts, where he improved his painting skills. Karl Bryullov was one of the teachers of the young artist. At the same time, the young man studied history, literature and other humanitarian disciplines and became his own among the capital’s bohemia at that time.

In addition to drawing Taras Shevchenko was fond of poetry and began to write poems and poems himself. In 1840, the poet published his first poetry collection with the sonorous title “Kobzar”. While the St. Petersburg readers were not delighted with the poems written in Ukrainian, his works gained great recognition in his homeland.

In the 1940s, Shevchenko visited different parts of Ukraine, but no longer as a serf, but as a free man. At every step, he encountered injustice and the suffering of ordinary people, which motivated him to oppose Russian imperialism.

In 1846, Shevchenko joined the so-called “Kyril-Methodiev Brotherhood” – an organization that set itself the goal of defeating the current regime and reviving the Ukrainian liberation struggle. In the early 1950s, members of the brotherhood were arrested en masse. And Shevchenko was no exception. He was arrested and sentenced to serve as a private in one of the Orenburg corps. Also, the great artist was forbidden to draw and write.

Shevchenko was released after 10 years, but he was forbidden to live in his native land. But Kobzar did not live long after exile, he died on March 10, 1961.

Taras Shevchenko is considered an outstanding classic of poetry written in the Ukrainian language. His most famous works are “And the dead, and the living, and the unborn…”, “Testament” and “Haydamaki”. They are known all over the world and have been translated into many different languages. In his poems, the author exposed the injustice and oppression of the simple Ukrainian people by the Russian Empire.

Shevchenko also belongs to the cohort of famous Ukrainian artists. Several hundred works of art belong to his brush, many of them are considered lost. Taras Hryhorovych Shevchenko represents the literary prophet of the Ukrainian nation, and his works are an integral part of the development of the patriotic spirit among the citizens of our country.

Grave Taras Hryhorovych Shevchenko is located in Kanev on Chernechya Gora, in Cherkasy region. In 1939, a large monument – a sculpture of Taras Hryhorovych – was erected here. The author of this monument is the outstanding Ukrainian master Matvii Manizer.

Initially, there was a simple mound with an oak cross on the grave, which had the appearance of a Cossack grave. In July 1884, thanks to the efforts and funds of V. Tarnovsky and donations, a memorial cross cast from cast iron was installed on the hill. A hut was built nearby, where they organized the Taras Lighthouse, which became a folk museum dedicated to Taras Hryhorovych. In 1939, a monument was erected, which stands to this day.

The Kaniv state museum-reserve of T.G. was organized near the grave. Shevchenko, where architectural monuments and memorial places of the Ukrainian people are kept.

How to celebrate Taras Shevchenko’s birthday?

Birthday of Taras Hryhorovych Shevchenko has long since become a large-scale national holiday for the entire Ukrainian people. It is celebrated by everyone – from small to large. Mornings are organized in kindergartens and schools on the occasion of the work of the great Ukrainian poet and artist. Patriotic rallies and concerts of Ukrainian songs are held in the central squares. 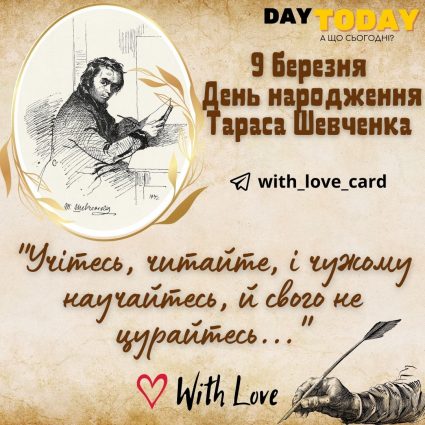 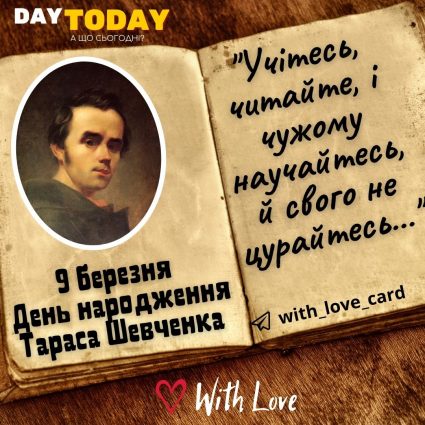 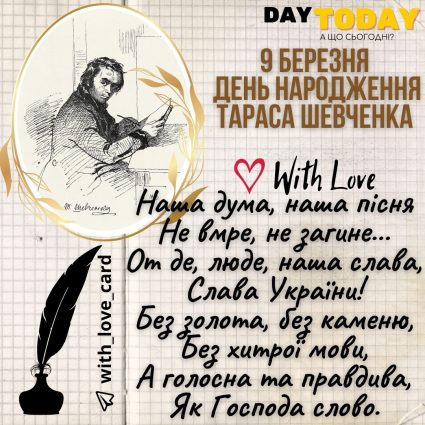 When will we celebrate Taras Shevchenko’s birthday? 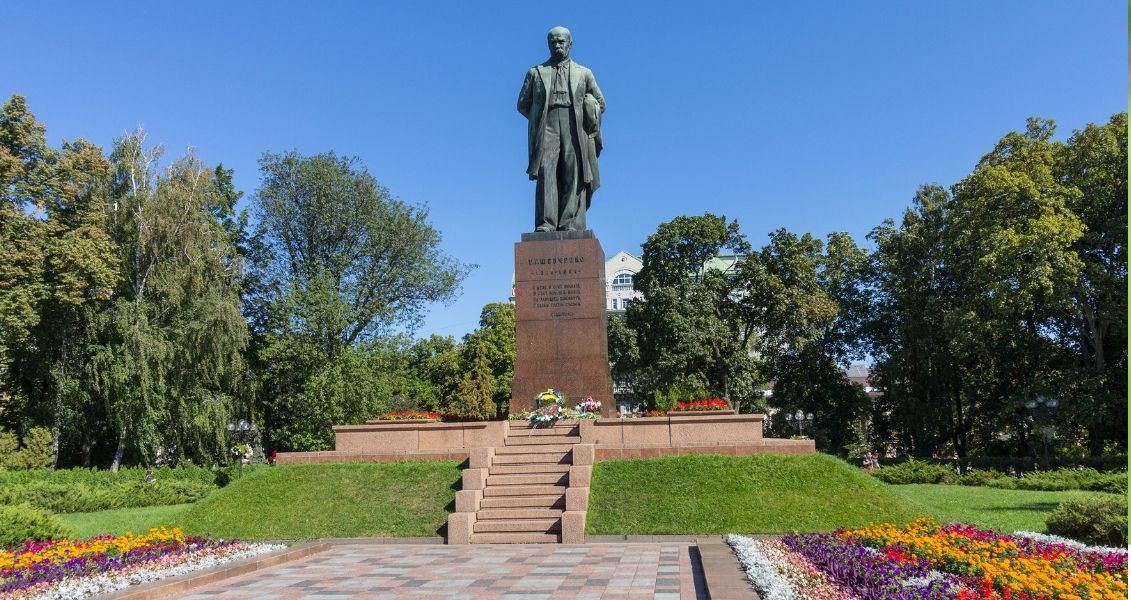 Day of a person who is considered incapable of learning