The body of a healthy person contains 25-35 mg of iodine. However, such a small amount of this chemical element plays a leading role, because most of it is located in the thyroid gland, the main regulator of metabolism. If iodine is not enough, the thyroid gland produces little of the necessary hormones. This condition is called hypothyroidism or iodine deficiency. October 21 is marked in the calendar as World Iodine Deficiency Day. This event is designed to inform the public about the need for iodine and clarify the negative impact of iodine deficiency on human health.

All holidays and events for October 21

Why does iodine deficiency occur in the body?

About a third of humanity lives in conditions of natural iodine deficiency. Although this trace element is present almost everywhere, it is distributed extremely unevenly. The main suppliers of iodine are seas and oceans. From seawater, iodine ions rise into the atmosphere, and then from rain clouds fall into the soil, from which they are absorbed by plants and herbivores.

Most iodine is found in the air, water and soil of coastal regions. But rain clouds formed over the seas do not always reach the lands in the depths of the continents. Therefore, the population living far from the sea experiences a lack of this trace element. Iodine is not synthesized in our tissues and organs, it enters the body only from the outside. A person can get iodine from water, air and food. Iodine deficiency leads to serious disruptions in physical and mental development, causes metabolic disorders, reduced immunity, and the development of serious diseases.

How the idea to celebrate came about World iodine deficiency day?

In 1990, the WHO created a special International Council for the Control of Iodine Deficiency Diseases to deal with the problem. The goal was to eliminate iodine deficiency in the world by the year 2000.

In 2005, the World Health Assembly adopted a resolution according to which member states of the WHO must report on the general situation of iodine deficiency once every 3 years. 192 countries have signed the international Convention and joined the program to combat iodine deficiency diseases

Since then, despite considerable progress, the problem has still not been fully resolved.

In Ukraine, Lviv, Chernivtsi, Zakarpattia, Ivano-Frankivsk, Ternopil, and Volyn regions are among the regions with a high risk of developing iodine deficiency diseases. The Chernobyl disaster at one time drew attention to the problem of iodine deficiency in the Chernihiv, Kyiv, Zhytomyr, Cherkasy, and Rivne regions. After all, it is iodine in the human body that is an effective means of neutralizing the effects of radioactive exposure.

What does the word “iodine” mean?

The name of the trace element comes from the Greek “iodes” – violet. When iodine is heated, vapors are formed that have a purple color.

Can the use of iodized salt cause an allergic reaction?

Cases of allergy to iodized salt were not observed in medical practice.

Is regular consumption of sea fish sufficient for the prevention of iodine deficiency?

Sea fish and seafood are very useful, but they are not enough to fully provide the body with iodine. It is also advisable to constantly use iodized salt in food preparation.

Is it possible to use alcohol solution of iodine or Lugol’s solution to prevent iodine deficiency?

Endocrinologists categorically forbid the use of these drugs internally, because they are too concentrated. One drop of Lugol’s solution contains half a year’s dose of iodine.

Is it true that iodized salt is not suitable for canning?

Special studies in many countries have shown that iodized salt does not affect the quality of canned foods.

It is unlikely that in everyday life we ​​often worry about the problem of iodine deficiency, unless it concerns us personally.

World Iodine Deficiency Day is an opportunity to review your diet by including foods that contain iodine. Most of this trace element is found in seaweed — kelp and seaweed. In second place are sea fish and seafood: cod, mackerel, flounder, mussels, shrimp, squid. It will also be useful to use capsules with fish oil. Iodine also contains dairy products, vegetables (tomatoes, carrots, radishes, onions, garlic, beets, eggplants), fruits and berries (strawberries, mountain ash, currants, grapes, bananas). Walnuts, mushrooms, buckwheat and millet are rich in iodine.

Be sure to buy iodized salt. It should be stored in a closed container, and ready-made dishes should be salted, because iodine has the ability to evaporate during boiling. There are also mineral waters with iodine in the composition, but it is better to use them only after consulting a doctor.

A pleasant activity of this day will be planning the next summer vacation on the sea coast – salt water and air saturated with iodine will help in the fight against iodine deficiency and give many pleasant emotions.

Why is this day important??

Being well informed in any situation is half the battle. That is why today we receive much more information from mass information sources about the problem of iodine deficiency.

In terms of the level of iodine supply, Ukrainians occupy one of the last places in the world. Ukraine is one of the few countries in the world where there is still no program to combat iodine deficiency at the state level. Many countries long ago adopted the mandatory iodization of salt as the basis of their national programs.

In Ukraine, only 18% of the population consumes iodized salt. This is the lowest indicator among European countries. Iodine deficiency in the perinatal period and in the first years of life is one of the main causes of mental retardation in children. A UNICEF study conducted in 2012 showed that a little less than half of Ukrainian children between the ages of 3 and 5 have certain developmental problems caused by iodine deficiency. Every eighth child in our country is diagnosed with a thyroid disease — goiter. This disease increases the risk of serious physical and mental disabilities.

Therefore, taking into account the fact that the state is not too worried about overcoming iodine deficiency, on World Iodine Deficiency Day, people themselves should spread information about the need for prevention, raise their awareness and take care of their health and that of their loved ones.

When will we celebrate World Iodine Deficiency Day?? 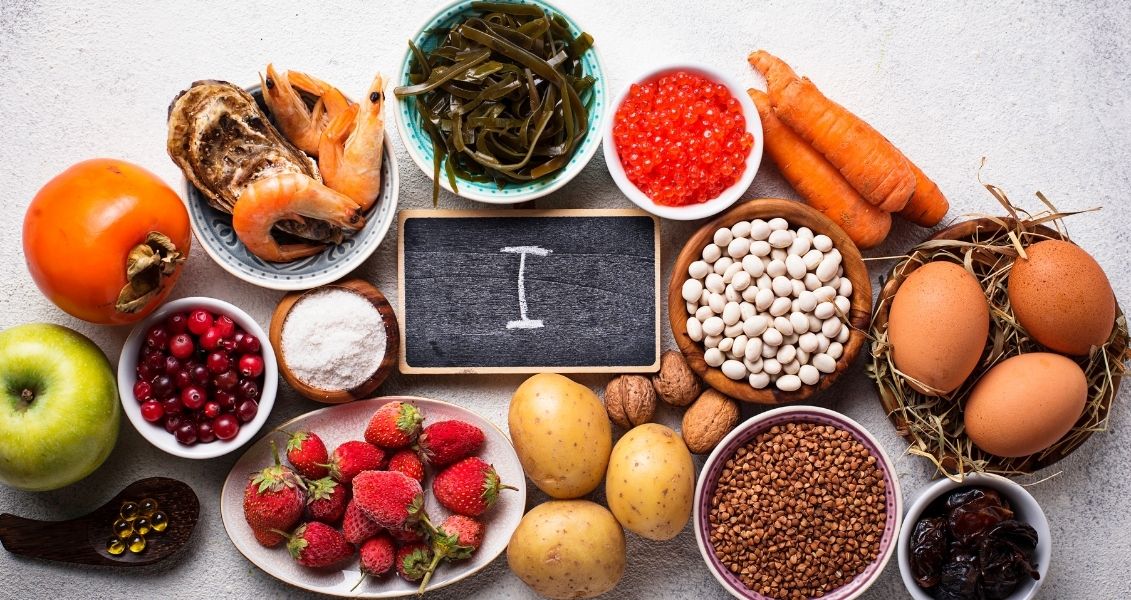