There is no single date for the start of the new academic year in the world – different countries set different times for this. In Ukraine, the first day of September marks not only the arrival of autumn – millions of schoolchildren and students return to educational institutions at that time to study in the next class or the next course. But since in our society it is customary to treat education with special respect, September 1 is not just the beginning of the educational process, but also an annual holiday called Day of knowledge. Despite the fact that the Day of Knowledge was introduced in Soviet times, this event remained a tradition not only in Ukraine, but also in many other states on the territory of the former USSR.

All holidays and events on September 1

How did the idea of ​​celebrating the Day of Knowledge come about?

We have long been used to the fact that the beginning of children’s education is connected with the first day of autumn, but this was not always the case even among our people. Views on upbringing and education of descendants among the ancient Slavs were determined by a special worldview based on the cult of ancestors and nature. In those days, it was necessary to bring up in a child the qualities necessary for work, fighting against natural elements and foreign invaders.

The first educator and teacher for children was the mother, and after the age of 7, boys and girls were taught separately by male and female relatives, respectively. Children were involved in various types of work, rituals, rites and celebrations, thus preparing them for adulthood.

Later, with the adoption of Christianity, more books appeared in Russia, and its own writing contributed to the emergence of schools. However, children mostly received their primary education at home, and studying in schools was already the next stage. The first school of “book learning” was opened by Prince Volodymyr the Great in Kyiv in 988. Yaroslav the Wise also did a lot for education, in particular, he created the first library at Sophia Cathedral and opened a school in Novgorod. Following the example of Kyiv and Novgorod, schools began to open in other cities of Russia.

If the first educational institutions were created on the initiative of the princes, that is, the state, then later the church began to take care of education, and schools began to be opened at monasteries. This was due to the fact that literacy was necessary for the spread of the Christian religion, and therefore teaching literacy and faith was perceived as a single process. But along with the dogmas of Christianity, students studied grammar, mathematics, rhetoric, philosophy, foreign languages, history and natural science.

However, the process of education development in Russia slowed down after the invasion of the Mongol-Tatars, who burned Kyiv, destroyed many monasteries, and killed or captured teachers. Since the accession of Ukrainian lands to the Commonwealth of Nations in the 16th century, Catholicism and suppression of national education began. Children from wealthy Ukrainian families had to study in Catholic educational institutions.

In the 16th century, fraternal schools began to open in Ukraine, the founders of which were fraternities — national religious organizations. A great deal of attention was paid in these schools to humanitarian disciplines, in particular, foreign languages ​​and dialectics, but other traditional subjects and even the art of choral singing were also studied. Parents, when sending their children to a fraternal school, signed a contract that defined the mutual responsibilities of the school, the student, and the parents.

At the same time, the fraternal schools were medium-level institutions, and the first higher educational institutions in Ukraine were the Ostroh School-Academy and the Kyiv-Mohyla Academy. The school-academy in Ostroh, opened by Prince Konstantin Ostroh at his own expense in 1576, was distinguished by a high level of teaching, and the children of not only nobles, but also peasants could study there.

In 1632, as a result of the merger of the Kyiv Fraternal School and the school of the Kyiv-Pechersk Lavra, the Kyiv Fraternal College was formed, which was overseen by Metropolitan Petro Mohyla. Later, the institution was named Kyiv-Mohyla Academy in his honor. Thus, a system of primary, secondary and higher education was formed in Ukraine.

In the 18th and 19th centuries, Ukrainians studied mainly in three types of institutions: children of poor peasants and townspeople — in primary parish schools, where they were taught the law of God, literacy and arithmetic; district schools were appointed for descendants of merchants and craftsmen; and the children of nobles and high officials studied in gymnasiums. Secondary education, as well as the right to enter the university, was provided only by gymnasiums.

In different educational institutions, studies began at different times – in rural areas it was usually late autumn or early winter, when minor parental assistants were released from work in the fields. In cities, gymnasiums could gather students already in August, but in the end it depended on the decision of the management of the institution. This continued for quite a long time even in Soviet times – up to 1935, when the mandatory start date for all educational institutions – September 1 – was approved.

It was decided to declare the beginning of the school year a holiday in the USSR in 1980 – that’s when the Day of Knowledge appeared. Four years later, the holiday was called a national holiday, and in addition to the mandatory school schedule, special events such as “peace lessons” or meetings with prominent people began to be timed for it. The new format of the holiday did not provide for the cancellation of traditional lessons, so they began on the same day. A lot of time has passed since then, new independent countries appeared instead of the USSR, but the Day of Knowledge remained a festive event, always important for students, their parents and teachers.

Day of knowledge in history

Frequent Questions and answers about the Day of Knowledge

What kind of knowledge does school education give children?

Human knowledge is of four types: everyday, that is, acquired as a result of everyday experience and practical activities; scientific, that is, based on the objective laws of nature and society; philosophical, which are rational, but not purely scientific; and artistic, based on the aesthetic perception of the world. Basically, school education is intended for the acquisition of scientific knowledge.

How did children get primary education in the days of Russia?

In those days, children were first taught at home – wealthy parents invited priests as teachers, and for the children of the common people there were so-called “masters of literacy” – representatives of the lower clergy, that is, nobles, as well as secular persons. They taught the alphabet, writing, reading and the four mathematical operations and usually had several students at once.

In which countries does the school year begin, like in Ukraine, on September 1?

If we do not take into account the closest neighbors – Russia and Belarus, on this day children start school in Moldova, Turkmenistan, Tajikistan, Kazakhstan, Kyrgyzstan, Armenia, the Baltic countries, as well as in Poland, Slovenia, the Czech Republic, Belgium, Ireland, Hungary, Macedonia, Israel and China.

Where in the world does school education last the longest?

The record holder is Ireland, where children study at school for 15 years. In many countries, including Norway, Hungary, Great Britain, Switzerland and Slovenia, schooling lasts 13 years.

In which countries do children start school at the youngest age?

Great Britain, Ireland and Luxembourg are the leaders in this regard among European countries, where children go to school for the first time at the age of 4. A similar tradition also exists in India. However, in most countries of the world, school age for children starts at 5-7 years old.

How to celebrate Knowledge Day?

On this day, festive “lines” are held in school yards, which gather together all students and teachers. Usually it is a joyful and exciting meeting of classmates – children exchange news and summer impressions, and also wonder how school friends have changed and grown during the holidays.

WITH Day of knowledge all present are greeted by the director of the educational institution, representatives of local authorities and the public. Traditionally, the “first bell” rings, which is very symbolic especially for first-graders and for future graduates who are starting their last school year. In addition to students and teachers, guests – parents and relatives of schoolchildren – always come to the festive event. First-graders are the main characters of the holiday, they receive flowers, memorable gifts, as well as greetings and good advice. Teachers are not left out either – they are also given bouquets of flowers and words of thanks. Often, at the end of the main part of the Day of Knowledge, schools organize an entertainment program – concerts with songs and dances performed by gifted students.

However, recently, more and more Ukrainian educational institutions refuse to celebrate this event. For example, instead of a line, only a solemn meeting of first-graders is held, and after the holiday lesson, all students and teachers gather for a picnic. They also organize flash mobs and photo sessions, sports competitions and fun contests – all so that the atmosphere of the Day of Knowledge is truly festive, and not official.

In our country, people are mostly used to perceiving the Day of Knowledge only as a holiday of the first bell and the beginning of the school year. But in fact, the idea of ​​this holiday is deeper — it consists in respect and the desire for knowledge, and not only in terms of school education.

Knowledge is a very broad concept. It refers to information, facts, skills and wisdom acquired through learning and life experience. Acquiring knowledge includes cognitive processes, communication and logic, as well as the human ability to recognize and perceive truth. A characteristic feature of knowledge is that it can be used both for a good purpose and for bad deeds – it is up to the person to decide.

For any of us, having knowledge means being successful. In order to keep up with reality, which changes incredibly quickly, we learn not only in childhood and youth, but also throughout our lives, thereby developing our personality. Knowledge is necessary and important for all spheres of human activity — from personal relationships to work, it provides an opportunity to cope with problems and difficulties, better understand oneself and others, easier to perceive new information and improve thinking.

Therefore, Knowledge Day is important because it primarily encourages schoolchildren, as well as other people of any age, to learn and acquire new knowledge with effort and pleasure.

When will we celebrate? Day of Knowledge? 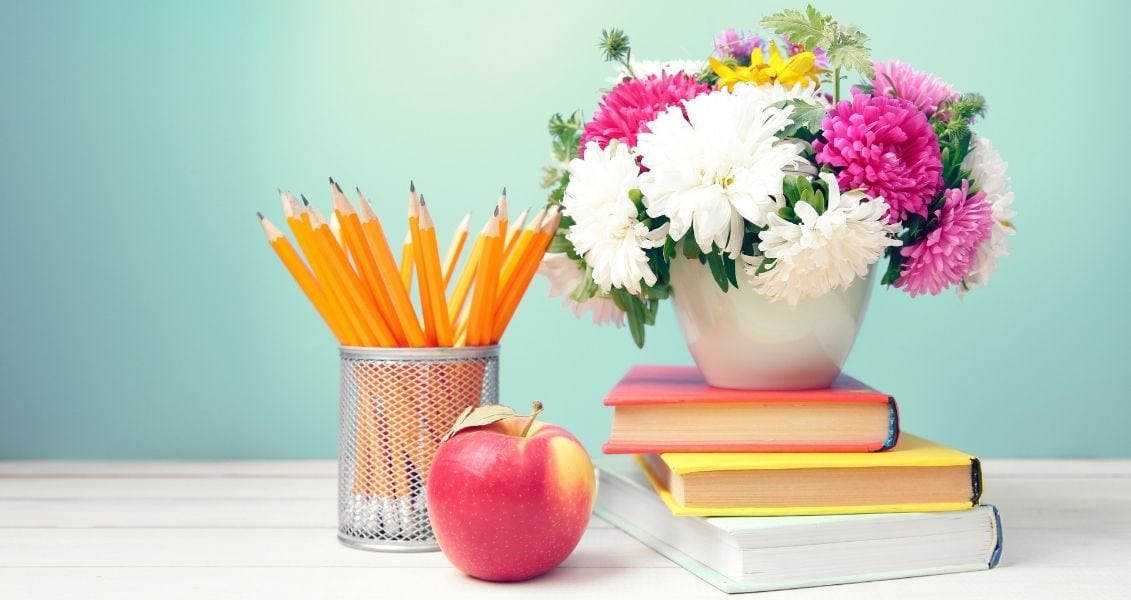