Every year on March 29, World Piano Day unites fans of this musical instrument all over the world. Among the tasks of this holiday is to draw attention to the beauty of the sound of the piano and to encourage musicians of all ages and abilities to play in public spaces.

How the idea to celebrate came about World Piano Day ?

The initiator of implementation World Piano Day the modern German composer Niels Frahm became famous. He gained his popularity thanks to his creative approach to music. His concerts feature synthesizers and other keyboard musical instruments, as well as various electronic devices. However, the central place in his compositions always belongs to the piano. It was to draw attention to the importance of this keyboard instrument in modern music and to popularize the piano among the masses of people that the celebration was proposed World Piano Day.

For the first time, pianists from all over the world celebrated this holiday in 2015. When Fram was asked why the world needed Piano Day, he answered very simply: “… Celebrating Piano Day does not interfere with anyone: neither performers, nor composers, nor masters, nor listeners.”

Nils Fram also approached the date on which the celebration of this day falls creatively and quite symbolically. It turns out that the 88th day of the year was chosen for the celebration, which, as you guessed, is exactly March 29. Why 88? Everything is very simple – there are just so many keys on the piano.

Predecessors of the modern piano

Harpsichord and clavichord are rightly considered to be the earliest and closest in principle to the musical instrument as we know it today. It is not known for sure which master these extremely important inventions for the world of music belong to. However, the first instruments belonging to the keyboard-pinch group appeared as early as the 14th century and quickly gained popularity in Europe.

Harpsichord is distinguished by a bright and quite expressive sound, which was achieved thanks to ordinary feathers that were attached to the key rods. However, the instrument was not as singing and dynamic as the modern piano. The instrument had two keyboards, which increased the volume of the game. Externally, the harpsichord looked quite elegant with a white top and black bottom keyboard.

clavichord – a chamber instrument, to the keys of which metal plates were attached, which touched the strings. It is distinguished by a rich, singing sound, allows you to perform works brightly and dynamically. The only drawback of the clavichord is the quiet sound, so it was mostly used not for concerts, but for home music.

Evolution of the tool

Subsequently, the requirements for dynamics and sound quality increased. This contributed to the modernization of old keyboard and string musical instruments. So it was the turn to create a piano. The inventor of the first copy was a resident of Florence Christofi Bartalameo. The peculiarity of his invention, which appeared in 1709, were hammers located under the strings. And the metal plates, which replaced the reeds, made it possible to change the volume of the piece, creating loud sounds – “forte” and “piano”. Yes, along with the new device came a new name.

Later, similar instruments were created by a French harpsichord maker Jean Marius and a German music teacher Christoph Gottlieb Schroeter. The new mechanics made it possible to press the keys much faster, which had a positive effect on the quality, fullness and power of the sound. Therefore, it is not surprising that at the end of the 18th century, the piano completely supplants other keyboard and string instruments.

Later, one by one, factories producing pianos began to be established.

In the form we know it today, the instrument appeared at the beginning of the 19th century. It received a case very similar to the modern one, and later pedals were added to it, which allow you to influence the volume of the game. Types of pianos include pianos and grand pianos, as well as electric, electronic, and digital pianos.

Performance of works on piano, and the art of playing this keyboard-string instrument is called pianism. Therefore, it is clear why performers who play the piano, grand piano and grand piano are called one word “pianist”. The piano can be played solo or as part of an orchestra. To learn to master this sonorous musical instrument, one must have considerable willpower, flair and desire. Learning begins in childhood in music schools, you can continue to improve your piano playing technique in music schools and conservatories.

History knows many outstanding pianists. Perhaps not the most important in this list is the German composer Ludwig van Beethoven, who learned to play the harpsichord as a child, and later became a fan of the piano and wrote several hundred pieces for it. Another famous musician is Ferenc Liszt, who mastered the instrument at the age of 8 and gave concerts for noblemen. The talented Polish pianist and composer Frederic Chopin is the author of many famous works for the piano, which are quite famous and popular today. Felix Mendelssohn was fond of playing the piano in his early years, and he gave his first concert at the age of 9, at which he performed exclusively his own compositions. Sergei Rachmaninov, Vladyslav Shpilman, Svyatoslav Richter and many other equally outstanding composers and performers who devoted their lives to playing the piano can be included in this list.

In addition to famous historical figures, it is worth mentioning outstanding pianists of our time. And these are the well-known Elton John, John Lennon, Paul McCartney, Freddie Mercury, etc.

How to celebrate World Piano Day?

In celebration of this musical day, pianists give free concerts. The day is actively celebrated in music schools, music schools, and conservatories. However, everyone can participate in this celebration. To do this, you can take a piano lesson, express gratitude to the teacher of the piano class.

People who appreciate classical music can attend a concert featuring this instrument. This day can also be devoted to studying the works of famous pianists of all times, which we wrote about above.

To help spread awareness of the day, use the hashtag #WorldPianoDay on social media.

When will we celebrate World Piano Day? 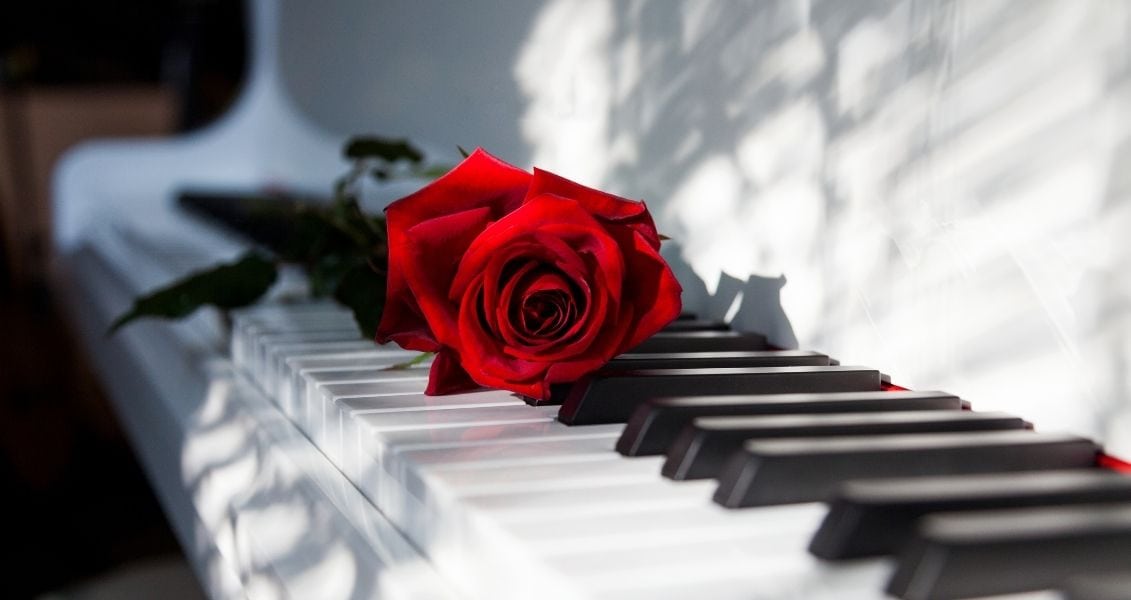