August 13 is celebrated all over the world World Shulga Dayor International Shulg Day. Shulga is a person who actively uses his left hand instead of his right hand. It was such people who initiated the introduction of this holiday in order to draw the attention of other people to their uniqueness. Another goal of the holiday is to encourage product manufacturers to create products that would be convenient to use for shuls.

How did the idea to celebrate World Shulga Day come about?

In a world dominated by right-handed people, World Shulga Day raises awareness of the challenges that left-handed people face in their daily lives. This day was first celebrated by Dean R. Campbell, founder of the International Lefthanders International, Inc., in 1976. And since 1992, this date is celebrated every year all over the world. Since the 1600s, when the shulg were considered children of the devil, they continue to face difficulties and challenges in completing tasks to this day.

All holidays and events for August 13

During this annual event, active left-handed people can introduce themselves and raise public awareness about the advantages and disadvantages of left-handedness. The event is now celebrated around the world, with over 20 regional events dedicated to the day in recent years in the UK alone, including left-right sports matches, left-handed tea parties, left-handed corkscrew pubs where patrons can drink and gamble in various games with only the left hand. In various countries, nationwide exhibitions and promotions are held, at which the achievements of shuls in various fields of human activity are celebrated: creativity, sports, work with technical equipment.

Such actions make it possible to better understand the difficulties and frustrations that shuls face in their everyday life. In turn, this allows manufacturers to improve the design and functionality of their products, taking into account the needs of left-handed people. However, it is not possible to completely solve all problems.

The Left-Handers Club is a non-profit organization that was established in 1990 with the aim of maintaining contact between its members. The society sets itself the task of: bringing its views to the attention of manufacturers and public organizations, providing assistance and consultations, promoting the study of the peculiarities of shuls in the development of new devices and equipment. Since its formation, the Club has grown and strengthened, and today it is the only and globally recognized consulting center for various aspects of left-handedness. Club members are also in favor of a ban on retraining students to write with their right hand, as this causes psychological stress in children and reduces their academic performance.

I wonder about left-handedness

According to statistical data, 10% – 15% of the inhabitants of our planet are shulgs, if we speak in numbers, this is about 800,000,000 people. Agree, a huge number. Some scientists assume that a similar ratio existed throughout the history of mankind, others believe that the percentage of shulgs was much higher before – up to 50%. Similar conclusions can be drawn on the basis of excavations of ancient skeletons. Answers to the question: Why people are born left-handed still does not exist.

The most important reasons are genetic. In 2019, geneticists started talking about the so-called DNA markers that affect the dominant side of a person. It is believed that genes are responsible for 20-25% of the active hand. The remaining 75-80% is a complex of various factors that surround us. These include: country of birth, birth weight, use of mother’s milk, gender, etc. For example, it has been statistically studied that adultery is much more common among men.

Some scientists explain this phenomenon as an evolutionary development. Thus, at the beginning of the 21st century in the United States of America, a model was developed that explained the current relationship between right-handed people and the desire of people to cooperate with each other. By the way, to use the same tools, it is better when all people have the same hand that is more active. It is believed that in the complete absence of competition in the history of human development, shulg would not exist today. However, humanity competed, which is why a certain percentage of left-handed people remained.

Many studies indicate that shulgi not only work with their left hand, they generally have the left side more active. Just as for right-handed people – right. One experiment was conducted when people were asked to draw two frames, and then in one of them to depict predators and domestic animals. It turned out that shuls drew good pets in the left frames, and people who are right-handed from birth placed their favorite animal in the right frame.

Some people try to attribute special characteristics to shuls, saying that left-handed people are people with unique abilities. However, in reality, this is not the case at all. The dominant left has nothing to do with talent, success and genius. However, left-handedness does not mean any deviations. Shulgi are normal healthy people. Psychologists claim that the only problem such individuals face is the need to adapt to a world where everything is made for right-handed people.

Advantages and disadvantages of left-handedness

Earlier in the USSR, children were retrained to write from the left hand to the right, a similar practice is still supported in countries such as China and Japan these days. It is believed that teaching left-handed people to use their right hand is much easier than adapting to their immediate needs. Recruitment agencies in Great Britain in 2015 surveyed employees on the subject of left-handedness. It turned out that in the United Kingdom more than 11% (4,000,000 people) of workers are shulgi. Half of them, which is about 2 million people, experience certain inconveniences in the workplace or while working with equipment that was created only for the convenience of right-handed people.

Shulgi rarely become great musicians, since learning to play a musical instrument “with the wrong hands” is not so easy. Although there is an exception here, for example, few people know that the outstanding American guitarist Jimi Hendrix was a prostitute. To play, he used ordinary models of guitars, but before starting to play, he turned them over and changed all the strings in the opposite order.

It is not easy for left-handed pianists, because the main part must be played with the right hand, while only the chords are played with the left. Problems also accompany those shuls who are in military service. You have to learn to hold a weapon.

However, there are certain advantages, for example, in various types of fighting: karate, boxing, fencing. If you are a cheater, it can be a real surprise for your opponent. Very often in single combats, the winners are shulgi.

How to celebrate World Shulga Day?

Various organizations and public associations create special “zones for shuls” in common areas, where everyday items are adapted for use by left-handed people. If you are left-handed, find out about the creation of similar zones in your city.

Right-handed citizens also take part in such events. This allows them to understand firsthand how difficult it is for shuls to use items designed for right-handed people.

When will we celebrate World Shulga Day? 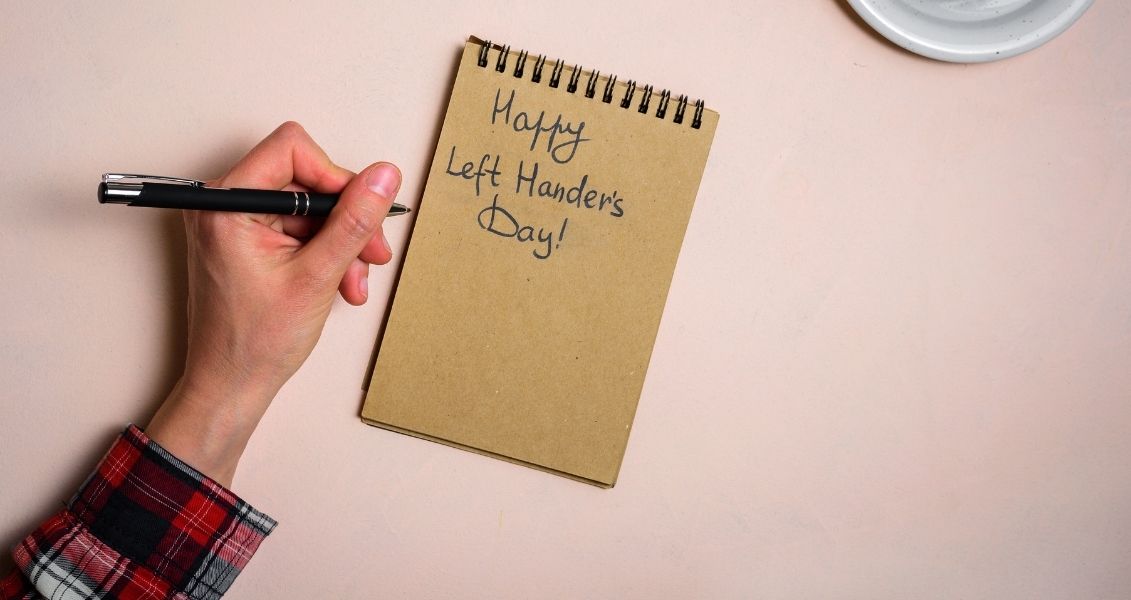