Youth is a special time when a person feels inexhaustible strength and energy. Only in our youth, nothing is impossible for us, and each new day brings hope, development, bold dreams and joy of life. The future of every state depends on what the youth are like – it is not for nothing that young people in any society are assigned the role of enthusiasts, idealists and reformers, that is, in fact, a progressive driving force.

International Youth Day was approved at the beginning of the winter of 1999 by the UN General Assembly on the initiative of the World Conference of Ministers on Youth Affairs (held in Lisbon in 1998). It was celebrated for the first time in 2000.

All holidays and events for August 12

How did the idea of ​​celebrating Youth Day of Ukraine come about?

Psychologists and sociologists began to distinguish youth as an age group with certain needs and problems only at the beginning of the 20th century. Instead, politicians have always understood that no revolution can win without effective organization and mobilization of the younger generation. Therefore, starting from 1917, the Bolsheviks, who came to power in the Russian Empire, began to actively involve young energy in social processes.

At the same time, the new government immediately started with youth associations – already in 1918, the Russian Communist Union of Youth, that is, the Komsomol organization, was founded. It was entrusted with ideological tasks and the preparation of young people for military service, because the civil war broke out on the territory of the former Russian Empire.

In that period, it was the youth who showed the highest capacity for self-sacrifice in the name of their ideals. Of course, every nation has its young heroes, in particular, for Ukraine, a vivid example of such students are several hundred students who, at the cost of their own lives, stopped the advance of the Bolshevik army on Kyiv in the Battle of Kruty.

After the end of the civil war, the USSR authorities reserved for the youth the role of active spreaders of their ideology. Young activists – Komsomol members were ready to work anywhere – eliminate illiteracy in the villages, carry out educational work, tirelessly build factories, factories and subways.

Very popular at that time were the so-called “shock obligations”, which young workers and brigades consisting of young people had to set for themselves as a goal. Often such commitments were made in the form of a socialist competition with other brigades or enterprises.

The state paid considerable attention to the military and sports education of the youth. Almost every enterprise had its own sports team, in addition, there were numerous military societies and clubs. Before the start of the war in 1941, Soviet youth were quite actively involved in military and defense training.

In the first days of the war, 40,000 young people were mobilized in Kyiv alone, most of whom went to the front as volunteers. In total, during the war years, a quarter of the personnel of the army consisted of Komsomol members, and among the Heroes of the Soviet Union, who received this title during the war, there were 52% of people under the age of 25.

Youth in the post-war years

In the post-war years, youth became the basic force for the restoration of industry and agriculture. Thus, in 1954, the authorities appealed to young people to help in the development of virgin lands. Thousands of young men and women responded to this call despite the incredible difficulties associated with living and working conditions in the Volga region, Kazakhstan and Siberia.

In the 1970s, the construction of the Baikal-Amur highway, on which student detachments from all the Union republics worked diligently, received the name All-Union Komsomol Strike Construction. Of course, it cannot be claimed that BAM was built exclusively by the hands of young people, but, without a doubt, it was young people who were the main workforce. Another thing is that the expediency of this large-scale project was later questioned.

As for youth holidays, the International Youth Day, which was founded in 1915 by the International Socialist Youth Conference, began to be celebrated in Bolshevik Russia in 1917. The purpose of the holiday was to unite the young generation to protest against the imperialist war that was sweeping the world at that time.

The International Youth Day was celebrated in the USSR until 1945 — meetings and demonstrations were usually held, and labor records were set for the holiday.

In November 1945, by decision of the World Congress of Democratic Youth, a new holiday was introduced instead of International Youth Day — World Youth Day, which was supposed to be celebrated on November 10. However, in the USSR, they wanted to have a holiday based on their own traditions. The result was the decision of the Soviet government from 1958, by which the last Sunday of June was declared the Day of the Soviet Youth.

Of course, the festive day consisted not only of official events. Entertainment programs were also dedicated to the event – music and sports festivals, various competitions. For young men and women, it was a pleasant occasion to gather with friends, arrange a picnic, and in the evening to visit a movie and a dance floor – that is, to have a fun day off.

After the collapse of the Soviet Union, many public holidays disappeared, but Youth Day entered the calendar of already independent countries. In Ukraine, the date has remained unchanged – the holiday is celebrated on the last Sunday of June, but without ideological burden.

Youth Day of Ukraine in history

People of what age are considered young?

In different countries, different norms have been adopted in this regard. The legislation of Ukraine defines youth as people aged 14 to 35, but there are now plans to limit this age to 29 years. The UN classifies the population from 15 to 24 years old as youth.

What percentage of the world’s population is young people?

Is there a World Youth Day?

Yes, this holiday is called International Youth Day. It was established by the UN General Assembly in 1999 and is celebrated annually on August 12.

Which youth association is currently the largest in Ukraine?

This is the National Ukrainian Youth Association, created in 2019 from the eight largest youth organizations of our country. The purpose of the association is to develop an effective youth policy and ensure representation of youth in public life.

Which state bodies in our country are responsible for youth policy?

At the central level, the Ministry of Youth and Sports of Ukraine deals with this issue.

How to celebrate Youth Day of Ukraine?

On this day, Ukrainian boys and girls receive greetings from relatives, friends, colleagues, management and even the highest-ranking civil servants, who publish their holiday wishes on social networks.

There are many ways to have fun on Youth Day, as this event is usually dedicated to a lot of entertainment for every taste – concerts, flash mobs, sports competitions, master classes, exhibitions, music festivals and other interesting events.

Recently, the celebration of Youth Day has a noticeable social component – charity events are often held, the funds from which are directed to support young people who have fallen into difficult life circumstances, for example, needing expensive treatment.

Many young Ukrainians are planning short tourist trips to unexplored cities of our country before this holiday, especially since the summer weather is extremely conducive to comfortable travel. On this day, parks, beaches and rural picturesque landscapes attract friendly companies, because picnics in nature have long become a common way to celebrate Youth Day.

Evening entertainment on this day traditionally takes place in cafes, clubs and other entertainment establishments, where festive discos with contests, quizzes and fireworks are arranged.

This positive holiday promotes friendly communication, interesting recreation in the fresh air and new acquaintances. Also, the opening of new youth centers and the presentation of programs aimed at improving the social situation of young people are often dedicated to Youth Day at the state and local levels. These events are actively covered in mass media.

However, Youth Day is also an occasion to discuss numerous problems that Ukrainian youth have to face. Perhaps the most painful of them is the emigration of the young generation of Ukrainians abroad — first for work, and later for permanent residence. It is also no secret that the level of Ukrainian education generally lags behind the level of education in developed countries, so more and more Ukrainian students begin their studies in foreign universities.

The problem in Ukraine is also the acquisition of housing, which is especially important for young families. Due to the high cost of bank loans, young people are forced to accumulate funds for their own house or apartment for decades, and such efforts do not always end successfully. In turn, constant material difficulties do not contribute to increasing the level of patriotism among our young generation.

As a result, Ukraine is constantly losing the energy and zeal of young people, and eventually loses important intellectual and labor potential. Ago Youth Day important as a reminder to the state authorities of the need for greater assistance to the country’s young generation, as well as the initiation of effective steps to achieve this goal.

Postcards for International Youth Day and Youth Day of Ukraine 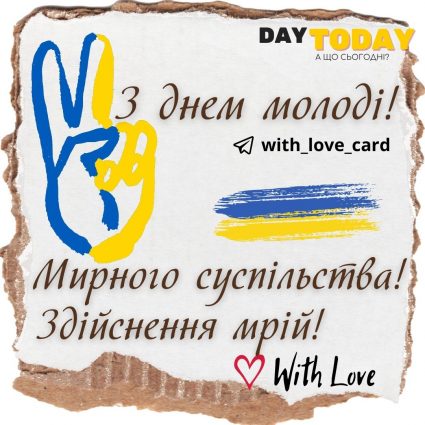 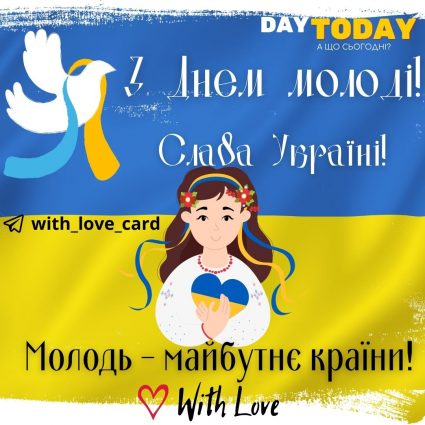 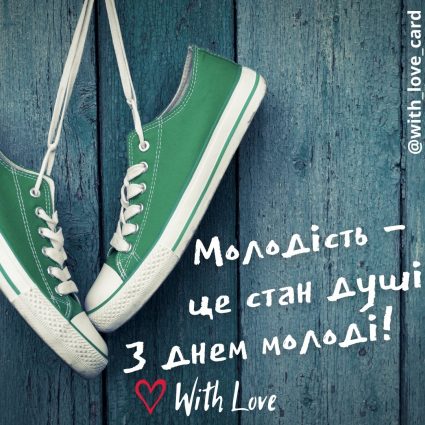 When will we celebrate? International Youth Day and Youth Day of Ukraine? 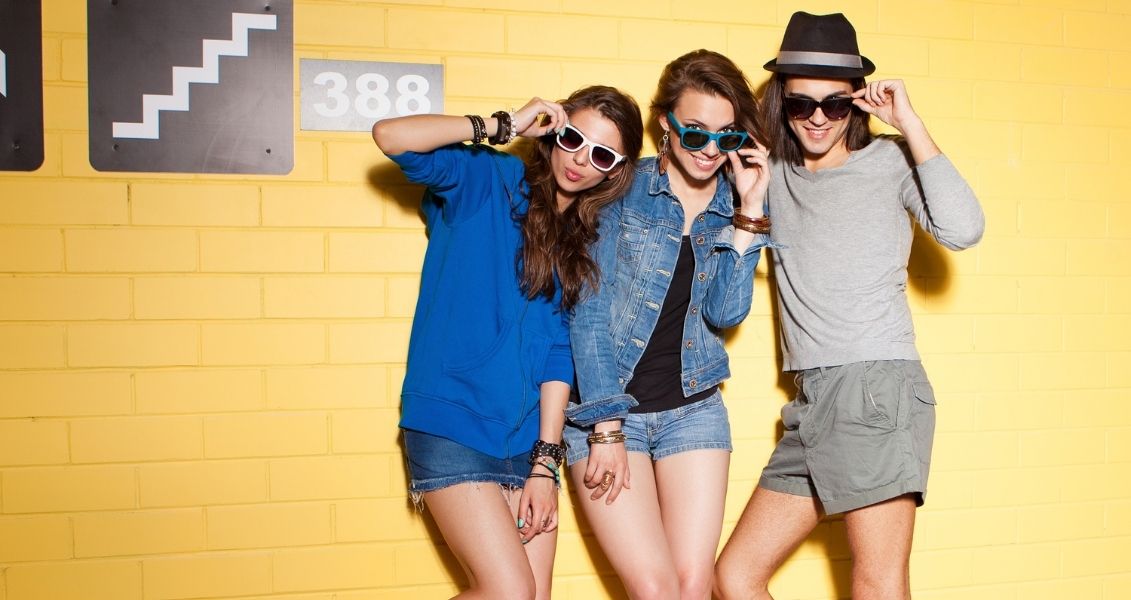 The holiday of scientists or Genius Day