Legumes are the fruits of leguminous plants, which are grown by humans for consumption. The most widespread representatives of legumes in the world are beans, lentils and peas. Traditional dishes of many peoples of the world – Eastern hummus, Indian dal, even the classic English breakfast would be impossible without legumes. Legumes include only those crops that are harvested for consumption in dried form. They are rich in protein, which is of great importance for people in regions where the consumption of meat and milk is insufficient for various reasons. Legumes are so important that they even have their own holiday – February 10 is celebrated World Legumes Day.

How did the idea to celebrate World Legume Day come about?

Plant food has always been the basis of people’s nutrition, because it is a ready-made gift of nature that did not have to be obtained with a weapon in hand. Legumes stand out among the rest of plant products. Having high nutrition and a pleasant taste, they are all saturated with fiber and vegetable proteins. Consumption legumes has a history of many thousands of years – people started using them as early as the Neolithic era.

The age of legumes found in archaeological excavations is impressive. So, on the territory of Thailand and Myanmar, they found peas that grew approximately 10 thousand years before our era. According to another version, the homeland of peas can be India or China.

At first it was a wild plant, but later the pea got to the Mediterranean. There, it became one of the first domesticated plants that began to be purposefully grown.

The ancient Greek philosopher Theophrastus, who is considered the founder of botany, described peas in his treatise “History of Plants” in the 3rd century BC. For the ancient Greeks and Romans, boiled peas were a common dish that was even sold as street food. Due to its cheapness and long-term storage, dried peas were popular even in the Middle Ages.

Since the 13th century in Europe, pea dishes were present on the tables of both the poor and the rich.

Peas are rich in selenium, which has a preventive effect against cancer and rejuvenates body cells. Regular consumption of pea dishes helps lower cholesterol levels, improves the function of the heart, kidneys and blood vessels. Vitamins of group B, H, K and PP, as well as trace elements add value to peas as a component of the human diet.

Lentils are considered to be the oldest of cultivated legumes, because memories of them can be found in the Bible. It was for the lentil soup that the biblical hero Esau ceded his birthright to his younger brother Jacob.

Theories about the origin of this plant vary – it could be India, Bangladesh or the Himalayas. Among the drawings on the walls of the tombs of Egyptian pharaohs there are images of lentil grains. Not only the Egyptians, but also the Romans and Greeks consumed and appreciated this leguminous crop, while in addition to its nutritional qualities, it was attributed the property of giving a person patience and mental balance.

Lentils are a truly ecological product, because they do not accumulate harmful substances, such as radionuclides or nitrates. Lentil dishes can lower blood sugar levels, improve the condition of the heart and blood vessels, and prevent liver diseases. Interestingly, modern scientific research has proven the fact that lentils really reduce the excitability of the nervous system.

Beans are another one of the oldest leguminous crops. There are references to them in the legends about King Solomon. The attitude to beans in ancient civilizations was ambiguous – on the one hand, they prepared food from them, on the other – they were afraid of the punishment of fate, growing or buying this product. People were frightened by dark spots on the petals of the plant’s flowers and on the fruits themselves, they were considered harbingers of misfortune.

In ancient Roman traditions, beans were prepared for wakes, offered as a sacrifice to the gods, and used as an object for drawing lots. Therefore, rich Romans usually avoided eating beans, and priests were forbidden to eat them altogether. Instead, the poor appreciated hearty, tasty and cheap dishes made from beans, which became everyday for them.

Beans are now valued for their high content of essential amino acids, folic acid, vitamins B, C, PP, carotene and minerals. Beans are rich in vegetable protein, so they are indispensable for vegetarians and those who observe religious fasting. Bean dishes are not only nutritious, but also good for the liver and kidneys. Cooked beans have a pleasant nutty taste and an oily texture, so they are often a component of refined restaurant dishes.

In today’s world, legumes are extremely important to the global food system, helping to prevent malnutrition and hunger in many poor countries. In addition, for some peoples of the planet, legumes are part of the cultural heritage.

What are the most popular legume dishes in the world?

Do green peas belong to legumes?

Legume seeds that are harvested green, for example, green peas or green beans, are classified as vegetables. Also, peanuts and soybeans do not belong to leguminous plants, which are grown mainly for the production of oil.

Which beans are more useful – white or red?

What products are the best to combine legumes with?

Nutritionists recommend combining legume dishes with whole grains, such as rice or whole grain bread. These products complement each other due to the content of different amino acids.

What spices go best with legumes?

Basil, cumin, bay leaf, coriander, dill, and turmeric are most often used to improve the taste of legume dishes.

How to celebrate World Legume Day?

Despite the availability and importance of legumes for health, not everyone likes them and includes them in their diet. It is especially difficult to accustom children to such dishes. So, having learned more about the valuable properties of legumes, it is worth starting a tradition of consuming dishes from legumes in your family.

You can start with hummus, a very popular dish in the world. It will not take much time to prepare, moreover, this dish can be prepared in different ways by adding different seasonings and ingredients to your taste. Burgers or patties made of beans or beans instead of meat are also a great culinary experiment that everyone at home can enjoy.

Few people know what legumes can be added even to desserts. For example, paste made from boiled red or black beans is added to chocolate brownie cakes, and white bean paste is added to muffins and homemade ice cream.

To get children interested in dishes made from legumes, they should be involved in the process of choosing these products at the bazaar or in the store, and then in the preparation. You can decorate the plates by laying out funny pictures from beans, beans or lentils. An informative book about these cultures, their history and benefits will also come in handy. And a few peas, sown in a pot on the windowsill, will visually introduce the process of development of these interesting plants.

World Legumes Day designed to increase people’s knowledge about the properties and importance of legumes for the world economy and natural resources.

The population of our planet is constantly growing, so legumes are of great importance for providing humanity with food.

First of all, it is an affordable source of protein for residents of poor countries. In addition, the number of those who, for various reasons, do not consume meat or animal products in general, is constantly growing all over the world.

Therefore, legumes are rapidly gaining a leading role in new food standards. At the same time, they are very resistant to climate changes, undemanding to weather conditions and humidity, which makes it possible to grow them in sufficient quantities.

It is extremely important that these plants are indispensable for soil restoration because they have the ability to enrich them with nitrogen. Growing legumes on one hectare gives the same effect as applying 100 kilograms of nitrogen fertilizers. At the same time, legumes themselves need much less nutrients than other crops.

Plants that are sown after legumes give a much better harvest, for example, the yield of cereals increases by one and a half tons per hectare on average.

Legumes are consumed not only in their pure form, their use is currently very wide. For example, flour from them is used in various products of the food industry – from bread and meat to dairy. Legumes can also often be found in pet food.

When will we celebrate the day of legumes? 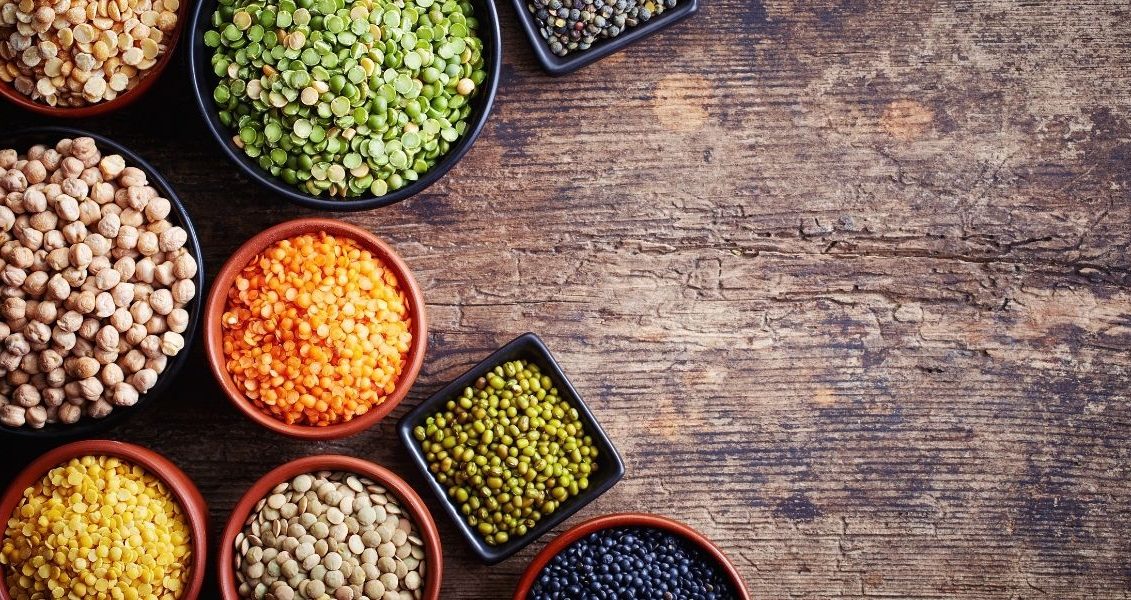 Read more:  Independence Day of the Republic of Guinea-Bissau

Day of the inventor and rationalizer of Ukraine