International Day of Breastfeeding and Lactation

Breastfeeding has been an important part of motherhood since ancient times. In human terms, this is not a simple biological function — it also has cultural and ethical aspects. Mother’s milk is celebrated in ancient legends, and the feeding process itself is represented in many famous works of art. But there were times when mothers preferred artificial formulas, and breastfeeding was considered unnecessary. Currently, breast milk is considered the gold standard of baby nutrition, which is actively promoted by the WHO and other international organizations. There is even a special holiday — International Day of Breastfeeding and Lactationwhich is celebrated every year on August 1.

All holidays and events on August 1

How did the idea to celebrate International Breastfeeding and Lactation Day come about?

Raising a baby has always been the main task of every mother. Naturally, the child’s nutrition in this sense played a key role, therefore breastfeeding, which for a long time was the only option, became extremely important.

In ancient civilizations, breast milk was considered sacred, and fertility goddesses were often depicted with bare breasts. If, for some reason, the mother could not feed the baby herself, then women nurses were called for help. This occupation became a separate profession regulated by special laws, the first of which are recorded in the code of Hammurabi.

The ancient Egyptians saw a moment of sacredness in breastfeeding. For example, they believed that the goddess Isis, feeding her son Horus with her milk, thereby gave him immortality. The practice of hiring nurses in Egypt was also common, while the best of them were invited to the pharaohs’ children.

In ancient Greece, breastfeeding became a prominent part of mythology. For example, Zeus survived thanks to the nymph Amalthea, who fed him with her milk in the form of a goat. The milk of the goddess Hera made Hercules invincible, and the Milky Way was also formed from this milk. Professional nurses in Greece were in demand, especially among wealthy families. They occupied a high position, had power over the masters’ slaves, and at the same time fed the children for a very long time – sometimes until adolescence.

The Greek physician Hippocrates described the lactation process in a rather unique way — he believed that a child begins to feed on mother’s milk already in the fetal period. In addition to mother’s milk, Hippocrates advised feeding babies with wine diluted with water. Aristotle also paid attention to breastfeeding, claiming that mother’s milk is the best food for newborns, which promotes rapid teething. In addition, Aristotle discovered that lactation is a natural means of contraception.

In the Middle Ages, while simultaneously believing in and fearing witchcraft, people believed that babies were very vulnerable in early childhood and that babies’ lives almost hung in the balance. That is why the choice of nurses was approached very carefully, because breast milk was attributed magical properties – it allegedly transmitted to the child both the physical and moral qualities of a woman. However, only aristocrats could afford nursemaids, and in poor families, mothers nursed babies on their own.

During the Renaissance, the first books on pediatrics appeared, in which attention was paid to breastfeeding, and numerous paintings and icons with the image of a mother breastfeeding a child, thanks to the talented artists of those times, forever remain in the list of world masterpieces.

In the 17th and 18th centuries, the idea of ​​benefits from mother’s milk spread in Europe. Famous people, in particular, the French doctor Jacques Guillaume and the philosopher Jean-Jacques Rousseau spoke out against nurses. In addition to the biological advantage of the mother’s milk, they considered the connection between her and the child during feeding important.

With the beginning of the industrial era, it became impossible for women employed in enterprises to breastfeed their children, so artificial feeding became their only choice. In the cities of Europe and the USA, the first banks of breast milk were opened, which collected it from mothers, and then pasteurized it and distributed it. Bottles for milk began to be made of glass, which improved their hygienic characteristics.

The technology of milk powder production, which was discovered at the end of the 19th century, led to the appearance of baby food mixtures. At first, they did not contain the necessary vitamins, so the incidence of rickets and scurvy increased among infants. Gradually, the composition of the mixtures improved, but breastfeeding steadily decreased. This was not least due to advertising, which assured that artificial mixtures were very useful.

Until the 1970s, breastfeeding was not medically encouraged or practiced widely enough for mothers who wanted to breastfeed their babies to find the information or advice they needed. Therefore, women took the initiative, and in 1956 in the United States they founded La Leche League International, an international organization focused on educating about natural motherhood and breastfeeding.

In 1990, UNICEF adopted the Declaration of Innocenti – on the protection, promotion and support of breastfeeding. In order to implement the provisions of this document, the following year, the World Alliance for the Support of Breastfeeding was created. This organization has the idea of ​​establishing the International Day of Breastfeeding and Lactation, which was first celebrated on August 1, 1992. Since then, this event kicks off World Breastfeeding Week, which runs from August 1 to 7 in more than 170 countries around the world.

International Day of Breastfeeding and Lactation in History

What is the benefit of breastfeeding for a child?

Breast milk contains all the necessary substances for the development of the child, as well as antibodies that protect the baby from diseases. It is easily digested and changes its composition according to the age of the baby. Breastfed babies have a lower risk of sudden infant death syndrome and higher IQs when they grow up.

What is the benefit of breastfeeding for the mother?

This process causes the production of the hormone oxytocin in the body, which helps restore the body after pregnancy and childbirth. Also, breastfeeding burns extra calories, reduces the risk of some cancers and diabetes.

Is breastfeeding suitable for children with special needs?

Thus, for premature babies and children with congenital defects, breast milk is especially valuable because it can strengthen immunity. However, in such cases, there may be certain difficulties with breastfeeding, which doctors and special consultants help to overcome.

Up to what age can the needs of a child’s body be satisfied exclusively with breast milk?

WHO believes that in the first 6 months of life, breastfeeding is quite sufficient for the normal growth and development of the child, and only after this period should you start adding other products to the baby’s diet.

Which country has the highest rate of breastfeeding?

Sweden is such a country – 98% of babies there are breastfed. This fact can be explained by the extremely loyal state policy regarding social security for young families and parental leave.

How to celebrate International Breastfeeding and Lactation Day?

On this day, it is appropriate to learn important facts about breastfeeding, because thanks to the development of medicine, more and more of them appear. Special courses in medical institutions are usually dedicated to the event for women who will soon give birth to a baby, as well as for young mothers. Doctors tell them about the importance of breastfeeding and teach them all the subtleties of this process.

In general in International Day of Breastfeeding and Lactation we should thank all the women who made efforts to ensure that their children grew up healthy — first of all, their own mothers. And if there is a woman in the family who is breastfeeding a baby, you should try to provide her with conditions for sufficient rest by taking on part of the housework. The WHO recommends mothers themselves to post selfies with moments of feeding their baby on social networks to help rid society of superstitions and prejudices.

Pediatricians believe that if all children up to 6 months of age were fed exclusively with breast milk, this would reduce infant mortality rates by at least 1,000 cases per year. But, in addition to the obvious reasons for the benefits of breastfeeding for children’s and mother’s health, there are also those that do not immediately attract attention, but are no less important in the global dimension.

For example, breast milk, being a natural and renewable resource, protects the environment from plastic and cans. In addition, it always has an optimal temperature and does not need to be heated, which helps to save energy.

The International Day of Breastfeeding and Lactation also helps to get rid of the prejudice against feeding children in public places, because it is still a problem in some countries.

When will we celebrate International Breastfeeding and Lactation Day?? 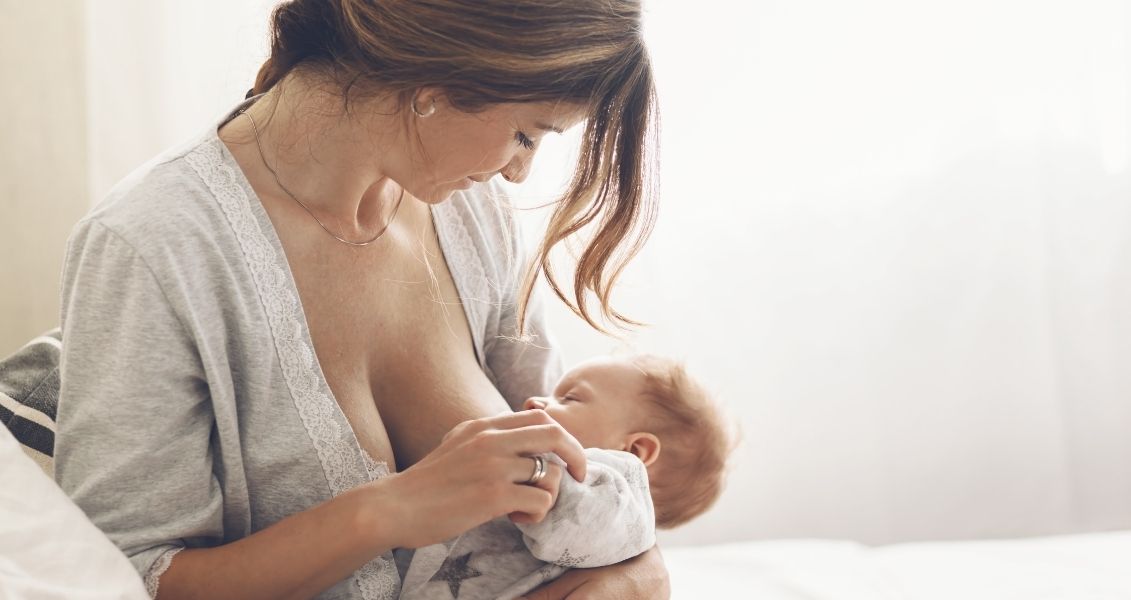