One of the priceless gifts that nature gives to people are edible fruits that grow right on trees and contain almost all the nutrients our body needs. Among them are coconuts, which are popular all over the world due to their beneficial properties. In addition, they are extremely important for the countries of the Asia-Pacific region – it is not for nothing that the inhabitants of tropical shores say: “Whoever plants a coconut tree plants food and drink, utensils and clothing, a home for himself and his children.” To inform people about the importance of the coconut in poverty alleviation, the development of coconut production and attracting investment into it, there is a special holiday called World Coconut Day and is celebrated every year on September 2.

All holidays and events for September 2

How did the idea to celebrate World Coconut Day come about?

Coconuts grow on all tropical coasts of our planet, but a genetic study conducted in 2011 by the US National Geographic Society showed that the coconut palm is native to India and Southeast Asia. It is from there that the fruits, which are carried around the world by sea tides, got to other parts of the world.

People also contributed to the spread of coconuts — Arab merchants brought them by sea from India to East Africa 2,000 years ago. The name that traders gave to these fruits – “Indian nut” – is still used in Arabic. Europeans learned about the exotic fruit also thanks to sea trade – it was first described by Marco Polo, a merchant from Venice, known for his long travels.

It is believed that in the 16th century, thanks to the navigator Vasco da Gama and his crew, the coconut got its modern name – the fruit with three characteristic depressions reminded the Portuguese and Spaniards of the face of a Pyrenean folklore character named Coco. Hence the name of the fruit and the tree on which it grows.

For Europeans, the coconut looked very unusual, despite the fact that it is a relative of dates, olives, peaches, plums and cherries, i.e. stone fruits. The coconut palm has a straight trunk and large pinnate evergreen leaves on long petioles arranged in a spiral at the top of the trunk. The tree blooms continuously and has both male and female flowers that are cross-pollinated or self-pollinated.

The value of coconut

A single coconut tree produces approximately 100 coconuts per year, with each fruit taking about a year to mature. Ripe coconuts are ovoid or ellipsoid in shape, usually 30 to 45 centimeters long and 15 to 20 centimeters in diameter. Under the hard and fibrous outer shell, there is a pulp and a core-endosperm – a liquid that is transparent at first, then turns white, and later hardens.

Unlike most fruits, the coconut is valuable not only for its edible pulp, but also for coconut water, milk, oil and coconut fiber. In the Western world, the benefits of coconut water were discovered relatively recently – in the 1970s, due to its natural electrolyte properties, professional athletes began to use it, and soon it began to be widely sold as a drink. In general, the cultivation, export and processing of coconuts has become a multi-billion dollar industry, and these fruits in all possible forms – fresh, dried, frozen, in the form of milk, oil or water – are a source of income for food producers around the world. In addition, coconut is a raw material in the production of health and beauty products and even household detergents.

To the natives of the regions where coconut trees grow, all the many uses of coconuts are nothing new. For example, on the island of Zanzibar, these fruits are a common ingredient in bread, meat dishes, desserts and drinks, and the day for the housewives there begins with buying a coconut on the market and processing it into milk. Rubbing coconut shavings is one of the earliest skills passed down from mother to daughter. Also, the inhabitants of the tropical island make roofs for houses from coconut leaves, weave ropes from coconut fiber, and coconut oil is indispensable in the ritual of blessing newborns.

Considering the crucial role of coconut trees and coconuts in particular for the entire tropical region of Asia and the Pacific Ocean, in 1969, with the support of the United Nations, an intergovernmental organization of coconut producers was created – the Asia-Pacific Coconut Community with headquarters in the capital of Indonesia – Jakarta. Today, this organization has 20 member countries, which account for more than 90% of the world production of coconuts and the export of products from them.

Among the “coconut” states are 8 Asian ones (India, Indonesia, Malaysia, the Philippines, Sri Lanka, Thailand, Vietnam and East Timor); 9 Pacific (Micronesia, Fiji, Kiribati, Marshall Islands, Papua New Guinea, Samoa, Solomon Islands, Tonga and Vanuatu), as well as Caribbean Jamaica, African Kenya and South American Guyana. A representative of each of these countries holds the position of chairman of the Asia-Pacific Coconut Community for a year.

The purpose of the organization is to develop coconut production and increase its productivity, maintain high product quality, market research and trade promotion, as well as develop new technologies that meet today’s environmental requirements. Therefore, with these tasks in mind, as well as in honor of its 40th anniversary, the Asia-Pacific Coconut Community established World Coconut Day in 2009, and since then this holiday has been celebrated every year on September 2.

Does World Coconut Day have a celebration theme?

Yes, every year this holiday is held under a certain theme. For example, the theme of 2019 was “Coconut for Family Wellbeing”, in 2020 the event was held under the theme “Invest in Coconut to Save the World”.

Is coconut a nut or a fruit?

From the point of view of botanists, the fruit of the coconut tree is neither a nut nor a fruit – it is a so-called “dry drupe”. However, among people who are far from botany, it is popular to define the coconut as a nut or a fruit.

How many varieties of coconut trees are there?

There are two varieties of this tree – tall and dwarf. Usually, a tall species is cultivated, which is called a “tree of three generations”, because with a life span of 60-80 years it manages to serve the farmer, his children and grandchildren. This palm begins to bear fruit after 6-10 years. The dwarf variety has a shorter lifespan and is more difficult to grow, but it is valued for the fact that it begins to bear fruit earlier.

What is the cultural significance of the coconut?

Coconuts are widely used in religious rites by Hindus – they offer them as a sacrifice to the gods, smashing the fruits on the ground, the wall of a house or the side of a ship – from this objects gain good karma. In Hindu mythology, the coconut palm is a magical tree that fulfills human desires, and the Indian state of Kerala is called the “land of coconuts” by its inhabitants. Coconuts are also frequently mentioned in Indonesian fairy tales and legends, and according to New Zealand slang, a “coconut” is any person of Polynesian descent.

Which countries grow the most coconuts?

Indonesia is the world leader among coconut producers, the Philippines is in second place, and India is in third place.

How to celebrate World Coconut Day?

On September 2, coconut-producing countries hold conferences of specialists in the cultivation of these plants, as well as information campaigns for the public about the benefits of using various coconut-based products.

For Ukrainians, coconut is mostly exotic, so on September 2 you should finally taste it, if you haven’t had the opportunity to do so before. Cracking a real coconut with your own hands for the first time is a fun event that children will be happy to join. And you can learn how to do it correctly by watching educational videos on YouTube.

Coconut is an ingredient not only for tropical cocktails and sweet desserts, so it is appropriate to resort to a culinary experiment with unusual dishes based on this fruit – for example, prepare coconut curry, shrimp or rice. Even simple onion rings fried in coconut batter will become an exquisite dish worthy of true gourmets.

For a friendly company, you can arrange a “coconut” party in the Polynesian style – preferably in the fresh air, decorating the area with orchids and torches, with atmospheric music of Hawaiian guitars. Of course, the main treat should be tropical fruits, in particular, coconuts in all possible variations.

It will also not be superfluous to share information about World Coconut Day on social networks using the hashtag #WorldCoconutDay.

Celebrating the coconut holiday, we remember how useful this fruit is for health or learn new facts about it. In addition to the fact that coconut is a valuable food product rich in vitamins C, E, B1, B3, B5, B6, as well as useful minerals – iron, copper, selenium, calcium, magnesium, manganese, phosphorus and zinc, it has the ability increase immunity and help to overcome infectious diseases, which is very important in modern conditions.

And due to the fact that coconut contains few calories but a lot of fiber, it allows diabetics to maintain normal blood sugar levels. Coconut is also widely used in cosmetology because it improves the condition of hair and skin. And if you light a little coconut shell, all mosquitoes will disappear from the house, besides, this natural repellent is absolutely safe for people.

Coconut wood is successfully used in construction, dishes, various souvenirs and decorations, as well as charcoal are made from the walnut shell. In the Pacific region, they are even trying to create biofuel from coconuts — there are experiments with coconut oil as an alternative to diesel fuel for cars.

So in World Coconut Day we believe that the coconut palm is called the “tree of life” or “the tree of a thousand uses” for a reason. Despite the fact that coconuts are inhabitants of the tropics, they have long become an international culture and won the favor of all the peoples of the world.

When will we celebrate World Coconut Day?? 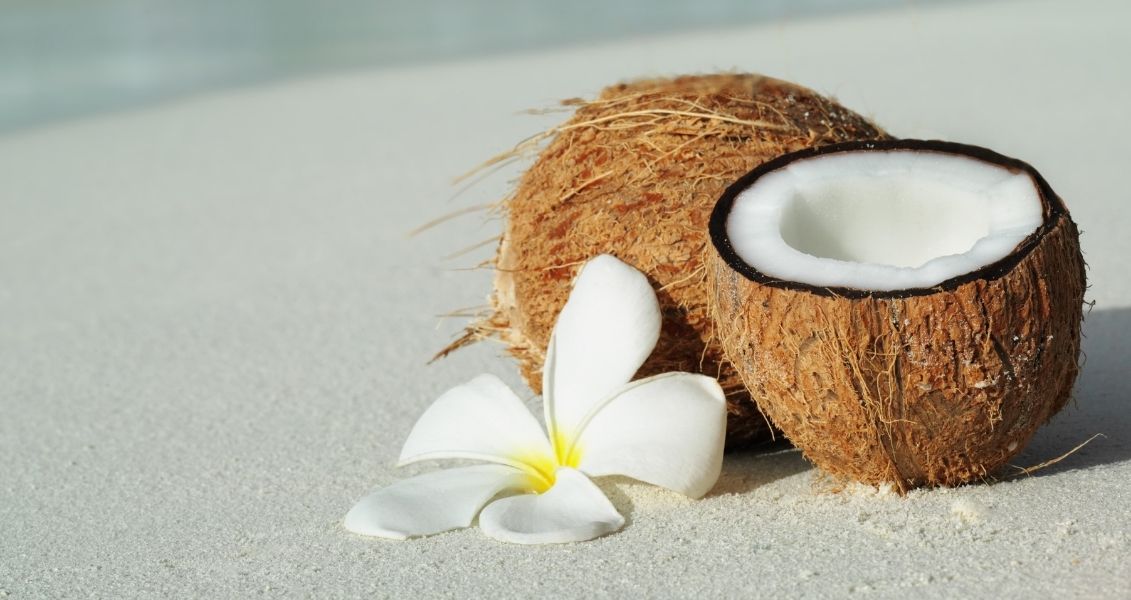 International Day for the Elimination of Violence against Women