The internet has become a part of people’s lives. It is difficult to imagine our lives without this system. It gives us knowledge and freedom. We share the most important moments of our life with people who are far away. Many people find a job and develop their creativity through the net. Banking and security systems depend on the safety of the whole system. Lots of criminals make money illegally in the system. The problem is common for every country and community. Organizations spend great amounts of money to protect their systems. The problem of the net fraud is to be discussed at educational establishments and on the governmental level. People started a new observance when they provide special events devoted to the safety and security online. When is National Safer Internet Day in 2021?

The start of the net was prolonged for several decades. Two men, D.Davies and P.Baran, started working on the system in the 60s of the 20th century. They managed to develop several networks. Men also provided the use of protocols. Men proposed a system which let join the databases of two educational establishments in California. By 1972 three 15 sites were already functioning. The developers connected them to ARPANET. The process of creation of networks was described in 1972 in a book.

Ten years later the NSF made it possible the access to the system. The need of standardization developed the Internet Protocol Suite. The Computer Science Network was funded by the Foundation. It led to the spread of the networks which were interconnected. 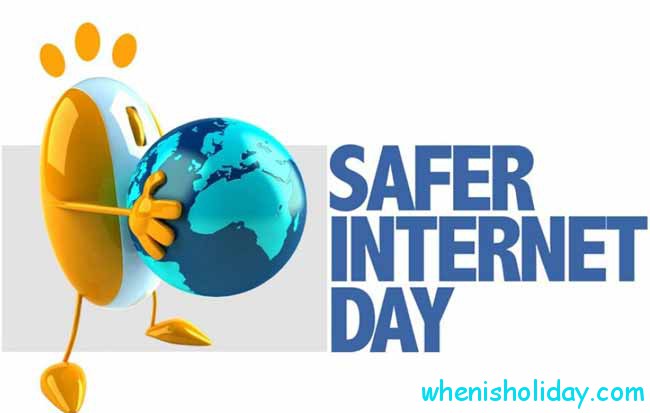 The US developers created several supercomputer sites and opened the access to them in the second part of the 1980s. It attracted lots of customers. Several years later the commercial platforms started functioning. In 1990 the ARPANET stopped being used. In the middle of the 90s the online platform was fully commercialized. In the late 1980s and early 1990s Asian and European countries started using the net platforms. In the beginning of the 1990s more than a half a million users started sending e-mails. Nowadays several billion people use the system for communicative, educative and business matters.

The start of the holiday happened in 2004. The initiator of the event was InSafe which activity was connected with safety in the system. The observance started in Europe. Later other continents got involved into the event. The American department of Security officially joined the observance in 2012. Nowadays the event is celebrated almost in every country of the world. “What day Safer Internet Day in 2021?” It’s set on the first Tuesday of February. In 2021 it’s on February, 7th.

What does Safer Internet Day mean for ordinary users and corporations? The need of the safety in the net is obvious for all users. People face frauds, thieves and mentally unbalanced persons which make the use of the system inconvenient and dangerous.

The main purpose of the net is getting information. It is the greatest source in the world. It has got real and fake information. The system is used for communicating. It helps people from the whole world connect each other and speak as much time as they want.

The main problem of the worldwide web is lack of full safety and resistance. People can’t be sure that their data is independent and other people can’t reach it. More and more hackers steal data from other computers and systems. Breaking the laws is illegal. Nevertheless, more and more people are eager to break limits. They get information about credit cards and steal money. They read personal letters. They steal photos and videos from personal archive.

The most dangerous is that bad people communicate with children in the net. They make teenagers do awful things. Leaders of harmful and destructive communities involve children into crimes or make them commit suicide. The influence is so great that it becomes more difficult to correct the situation.

The day is a great cause for society to prevent harm made in the net. It is a chance to educate children and adults. When is International Safer Internet Day 2021? It’s on the 9th of February.

The name of the observance is rather understandable in the whole world. It is celebrated throughout the world. The main platform of events is the internet itself. It stores much information devoted to security and safety of the system. The observance is held in accordance to concrete plans. Educational and business organizations use their own means of observation.

The Internet is a common system which gathers millions of PCs. It’s written with a capital letter. This common rule isn’t often held. Many people use the term “net” for explaining the meaning of the system. The word can be used as an adjective and noun.

The start of using the word happened in the middle of the 19th century. It derived from the term “internetted” which was used to describe something interconnected. WWW or the World Wide Web is used in the meaning of the Internet though it’s one of its services.

The term “safer” started being used in the 13th century in Middle English. It means being free from damage and hurt. It is also the synonym of trustworthy. A safe system is free of risk and harm. What is the date of Safer Internet Day 2021? The day is observed on the 9th of February. 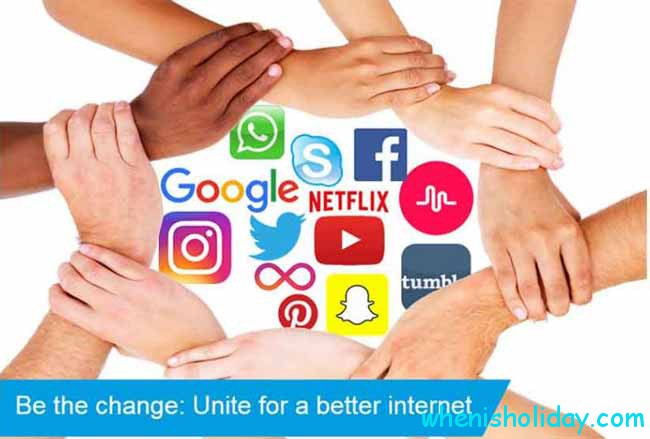 There are many ways of celebrating the day. Every person should surf the net safely. You should provide security onto your computer and your children’s gadgets. The first step is to update the software. Besides, you should listen to specialists as to the choice of an antivirus. If you have children, trace their way of usage the computer. Parents should always be very attentive as to the sites which are attended by their children. The most appropriate way is to set any parental lock proposed in the online system. It will let parents watch their children’s free time in the net.

Lots of people communicate in various social nets. They set APPs on their mobile phones. It’s a need to be sure that every APP is rather safe to be set on your gadget. Use hashtags when you want to share a photo or a note in the Internet. It’s a great way to make a process of sharing the net free of danger and other problems.

The event is supported by many profit and non-profit organizations. Governmental support in many countries is variable. It’s depended on the level of awareness on the highest level. Important educational programs are held in many countries. They teach children to be responsible when using the online resources.

Educational TV-programs are held by the representatives of the local mass media. They give their own point of view on the problem. They also give negative examples of bad impact of the Internet on the people’s life, especially when it concerns teenagers. They trust every person who gives them the illusion of understanding and concern.

If you are an active user of the system, get ready to protect your own software space and get as much information as possible “When is Safer Internet Day in 2021, calendar and schedule”. The events are set on February, 9th. 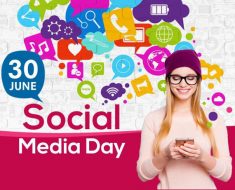 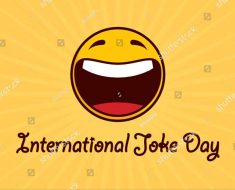