We live in a worldthat is changing rapidly, but even nowadays on the world map there are countries, in which religious principles and traditions are honored. On some territories eastern girls are required to wear unusual clothes. By the way, when is National Hijab Day in 2020? Are you ready to answer this question immediately or we should give you some time for thinking about?

We are almost sure that your reply will be negative, and that is the main reason for us to investigate this matter in details.

Trying to explain our readers the matter, what day World Hijab Day in 2020 is, we should tell something about the history of this holiday.

Frankly speaking, this event is considered to be relatively young, so we are not able to give you many facts about it.

It is believed, that this annual occasion was initially founded the man, called by Nazma Khan. It happened in 2013. Beginning from that very moment the holiday has taken part every year on February 1st.

Up to the present moment the date is kept in more than 140 countries all around the planet. The initial purpose of its launching was to encourage the ladies, belonging to various religions and tendencies to wear this kind of clothes.

Some of the establishers even tried to propose non-Muslim women to put on and to experience the hijab this day. 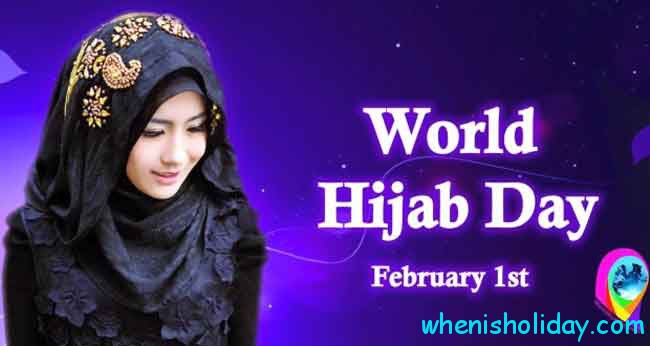 What does National Hijab Day mean? All in all it is up to you to decide, whether to celebrate this special occasion or not. Everything depends on your personal believes and preferences, as well as the culture and traditions, taking in you region.

Many varieties of Muslim headdresses in Europe are called hijab. This is wrong, because hijab is any women’s clothing that conforms the special norms of Sharia.

Read more:  😀 When is International Day of Happiness 2020

In accordance with some peculiar rules, such kind of clothing should hide the whole body as well as the hair of a woman. In this case only the face, both hands and feet below the ankles may be left uncovered. The uniform is usually represented by a scarf, a jacket with long sleeves and a skirt to the floor.

Why do women wear a veil? – Frankly speaking, this is not always explained by the norms of Islam. Sometimes the requirement to wear clothes that completely hide the woman’s body is due more cultural features.

Hijab is associated with the tradition of women’s seclusion, which was common in the Middle East even before the birth of Islam. The tradition was supported by local moral and ethical norms, the integral part of which was the principles of chastity and spiritual purity.

Reclusion was common among urban elites, and this tradition was followed by Jews and Christians alike, and now some of the highest castes of Hindus live.

With the advent of Islam, the phenomenon gained religious justifications and spread widely, going beyond the upper strata of society. Muslim norms provided additional legitimization of the burqa and similar types of women’s clothing.

Talking about the matter “When is International Hijab Day 2020?” we would like to tell about some important position of this topic.

Contemporary implementing a ban on wearing a hijab in elementary schools of some developed countries is a great problem indeed. But in fact the opposite decision, when the girls are made to take this element on is not better.

The Commission for the Integration of the Independent Analytical Center Agenda has done a titanic work for the entire left flank and has proposed a number of measures that, if adopted, can contribute to more active integration. Meanwhile, the commission was criticized primarily by representatives of the “left”, and concerned the critic, mainly, proposals to ban niqab. They propose to fight against

Among the most active critics, we find the popular in some circles newspaper “Klassekampen”, which in its editorial article called the proposal to fight against hijab in primary school symbolic politics. A group of teachers of pedagogy and researchers of the problems of education and diversity went further in “Dagsavisen” periodicals. They criticize the very fact that the commission generally considers the use of niqab in school as problematic.

They believe that such a problem simply does not exist.

When is Hijab Day in 2020, calendar will surely remind you. This is not a great problem, of course. But in the modern world there is a huge amount of those, who don’t know exactly what to do on February 1st in order to be involved.

As it has been already mentioned above, the holiday is comparatively young, that is why it is not a real surprise that it hasn’t have any definite traditions, peculiar features and amazing customs yet.

If you are a non-Muslim woman, the only thing you can do is to devote the day to this thing discovering. You see, now there is a great amount of various films, books and documentaries, which can help you to get the proper results.

Muslim ladies in their turn devote this day to demonstration to these perfect items on their heads. Believe you or not, but in general there are a plenty of them: bright and monochrome, plain or luxury, cheap or expensive. The choices are endless.

Some women prefer to take pictures of them in hijabs and to show them in social networks with special tags. 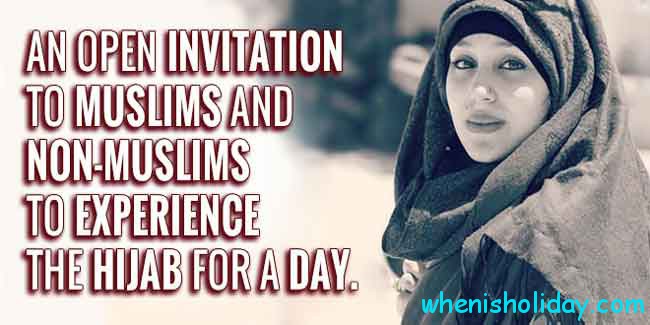 Trying to give the wide reply to the matter “What is the date of National Hijab Day 2020?”, we would like to introduce to our readers some interesting details concerning this well-known, but at the same time, rather rare in public element of clothes.

Nowadays hijab is mandatory in such countries as Saudi Arabia and Afghanistan.

Reading the criminal law of Sudan, we can find the positions about the severe punishment in the case of wearing obscene clothing. But it isn’t determined, what “indecent clothing” means.

And in countries such as Turkey, Tunisia and Tajikistan, there is a ban on wearing the hijab in state institutions. The same has been introduced in educational institutions. Frankly speaking, many people would agree that this clothing is really not convenient, especially in government offices.

France has gone even further. Here, the special law has been already passed. In accordance to it, people are banned to wear any clothes, demonstrating religious affiliation. Basically, this prohibition concerns educational institutions, where there is a great amount of various foreign students. And in fact, it’s true, why some humans should create the special atmosphere there and show their religion externally. The establishers of the law are sure that the main thing in the soul. This law was adopted in 2004 in September.

But does the veil suppress the will of a woman? – Frankly speaking, it is rather difficult to answer you in just some worlds. There is a belief that women’s capes covering the body isolate them from the rest of society, it is a symbol of their seclusion.

At the same time its compulsory wearing is usually demanded by supporters of the most conservative forms of Islam, who are sure that the role of women in society is limited to caring for the family. In such, even contemporary at the first sight, communities, women can indeed be forced to wear a veil or hijab. But as a rule, the initiative comes from older women, so we can’t talk about the gender inequality. 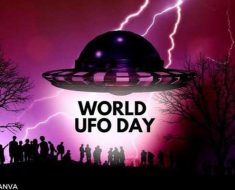 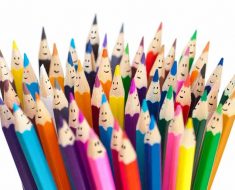