Feng Shui can be defined as an ancient philosophy or science that originated in China about 3 thousand years ago. It is a complex system of positioning buildings and objects within them in such a way as to align their positions with spiritual forces for health and happiness. “Feng” in Chinese means wind, and “shui” means water. Together, the elements are responsible for the flow of life-giving energy “qi”, which is present absolutely everywhere. Many people arrange their homes according to the rules of feng shui, hoping to harmonize their lives. A special day is dedicated to this teaching in the world – April 8 is celebrated International Feng Shui Day.

How did the idea of ​​celebrating International Feng Shui Day come about?

The exact date of the appearance of science feng shui has not been established, but there is no doubt that it has existed for many millennia. Its development was mainly influenced by the philosophy of Taoism, as well as Buddhism and Confucianism.

The traditional Chinese teaching of Taoism, founded by the sage Lao Tzu, is a philosophy about the way to achieve harmony. The teaching is based on the phenomenon of balance and interconnectedness, which is facilitated by the ubiquitous energy flows of “qi” and “sha”. “Qi” is life-giving energy, and “sha” is destructive. Qi energy has two components – yin and yang. “Yin” means the dark, feminine and receptive principle, and “yang” means the light, masculine and active principle. “Yin” and “yang” are constantly moving, flowing into each other.

Also, the basis of Taoist cosmology is based on the five natural elements — fire, wood, earth, water, and metal. The elements are constantly in motion, just like “yin” and “yang”, and depend on each other. Fire is believed to nourish the earth by reducing objects to ashes; the earth nourishes the metal, because ore is mined from the earth’s bowels; metal nourishes water, because it is stored in metal containers; water nourishes the tree, giving it strength to grow; wood feeds the fire – thanks to firewood, the hearth burns.

One of the feng shui tools is the ba-gua card in the shape of an octagon. The inner ring of ba-gua consists of eight trigrams — symbols of three solid and dotted lines. The authorship of the trigrams is attributed to the first Chinese emperor Fu Xi, who saw them on a turtle shell. Since then, they have been symbols of heaven, earth, fire, water, lake, mountain, wind and thunder. Fu-Si placed these signs on an octagonal map in the shape of a tortoise shell. Each side of the card corresponds to one of the eight spheres of human life – career, knowledge, mentors, family, creativity, wealth, reputation and marriage. In the center of the ba-gua is a health zone.

Another feng shui tool is the Luoban compass, which, unlike the usual one, points to the South Pole of the Earth. South in feng shui corresponds to summer, warmth and strength, its symbol is the red phoenix – the embodiment of beauty and goodness. The north corresponds to winter, cold and darkness, and the symbolic animal of the north is the black turtle, which means long life and endurance. The eastern direction means spring, the sea and the beginning, and the corresponding animal is the azure dragon, a symbol of greatness. The west is associated with autumn and snow-capped mountains, and the white tiger symbolizes courage and strength.

From the point of view of the masters feng shui, using the luoban compass and superimposing the ba-gua map on the plan of the house or area, you can analyze any space – home, garden or office. By determining where the most auspicious “qi” flows and where the most unfavorable “sha” flows, you can adjust them with the help of various objects, as well as sounds and aromas.

For example, mirrors are placed where the qi energy gets into a dead end to direct it further along the path. The sound of bells or running water, as well as the presence of all living things – domestic animals and plants, helps reduce the flow of negative sha energy. This energy moves in straight lines, so furniture should be installed in such a way that it reflects it. Pleasant music, aromas, and objects of art also contribute to harmonizing the space, if placed in appropriate places.

At first feng shui served in China to choose a place of burial – there were no general cemeteries in the country, and everyone chose a place for the graves of their ancestors at their own discretion. At the same time, it was important to find the right place, because the well-being of the living depended on it. Then emperors’ palaces, houses and entire cities began to be built according to feng shui. It is believed that the Great Wall of China was built in such a way that its curves supported the flow of “qi” energy.

In ancient times feng shui was a strict secret of the imperial court of China, and masters were forbidden to reveal their knowledge to foreigners. They were passed down from father to son, creating dynasties of initiates in feng shui, because the application of this practice seems simple only at first glance, but in fact it is quite a complex and complex matter.

When the Communist Party came to power in China, feng shui, despite its history of thousands of years, was officially recognized as superstition and banned. However, it was not possible to destroy the ancient teaching, and it is still popular in the Celestial Empire.

Although modern science does not recognize feng shui, it has many supporters all over the world. Some consider feng shui to be an interdisciplinary science that combines geophysics, meteorology, ecology and architecture. Others are simply trying to use his tools to improve their health, well-being and wealth. There is an opinion that publicly available knowledge of feng shui is only the “tip of the iceberg”, and the real secrets are still securely guarded by Chinese masters from outsiders.

Frequent Questions and answers on the International Day of Feng Shui

Which famous people practice feng shui in their lives?

There are many of them, but among the most famous supporters of this teaching are Bill Gates, Julia Roberts, Oprah Winfrey, Johnny Depp, Steven Spielberg. Even Donald Trump uses the services of feng shui consultants.

What feng shui schools are there?

This is the “School of Forms” – a classic based on the correct arrangement of objects in space; “Compass School”, which is based on the use of the skull’s magnetic compass and connection with the seasons, stars and planets; “Black Hat” is the youngest direction, founded in the 1980s and popular in Western countries. This school uses only the ba-gua map, so it is often not perceived by the true masters of the ancient science.

How according to feng shui should the bed be located in the bedroom?

It is best to place the headboard next to a solid wall where there are no windows or doors. It is not recommended to sleep on the line between the window and the door, as energy flows move in this direction, so it will interfere with a full rest.

Is the feng shui of a house different from an apartment?

When analyzing any room, feng shui specialists use the same methods, but in the case of a house, the location of the adjacent plot of land is also taken into account.

The HSBC Bank and the Bank of China in Hong Kong, the Apple Store in London, and the Sydney Opera House were built according to the principles of feng shui.

On this day, the International Feng Shui Association, as well as Feng Shui schools, hold events to popularize the subject of their activities. Therefore, everyone who wants to can learn more about feng shui at online webinars or conferences, and if they wish, they can find appropriate courses or a consultant.

Those who want to independently improve their life with the help of feng shui should start with the simplest actions: familiarize themselves with the basic postulates of this teaching and try to apply some of them in practice.

For example, so that the energy of “qi” prevails in the house, you can put a lot of green plants. They prevent the energy from stagnating and also minimize the “sha” energy. However, you should not place plants in the bedroom, so as not to create an excess of energy and suffer from insomnia. It is not advisable to keep cut flowers at home, as their energy is dead.

Various spices and aromas effectively “repel” negative energy, so it is recommended to keep garlic, onion and red pepper in the kitchen. Statuettes of dragons, elephants, lions and dogs also help protect the home from negativity.

According to feng shui, material dirt and clutter in rooms prevent the free movement of energy flows, so it is important to do wet cleaning more often, wash windows, and also clear the space of unnecessary things.

Chinese bells are a well-known attribute feng shui for the uniform distribution of “qi” energy and the reduction of “sha” energy, so it is also desirable to use them in your home.

Chinese philosophers believe that a good life is determined by five factors: fate, luck, good deeds, education and feng shui. People cannot control fate or control luck, but the other three factors can be influenced. In particular, feng shui provides practical tools and knowledge to ensure that our home is always a safe and cozy place where the soul rests and strength is restored.

Feng Shui teaches organization and tidiness, because a disorganized space is a breeding ground for stress, depression and unhappiness. Therefore, if the owners are fond of feng shui, their house is always clean and orderly.

Basic knowledge of feng shui help in the case of buying real estate. Most people instinctively avoid buying a house or apartment near a cemetery, landfill or, for example, a power plant. It turns out that this is not for nothing – according to feng shui, these places are considered to be filled with negative energy and therefore not suitable for human habitation.

Feng Shui has a lot in common with Chinese traditional medicine, because both of these sciences are based on the movement of energies and balance. Therefore, it is believed that the correct organization of personal space has a beneficial effect on health, getting rid of diseases and prolonging life.

When will we celebrate? International Feng Shui Day? 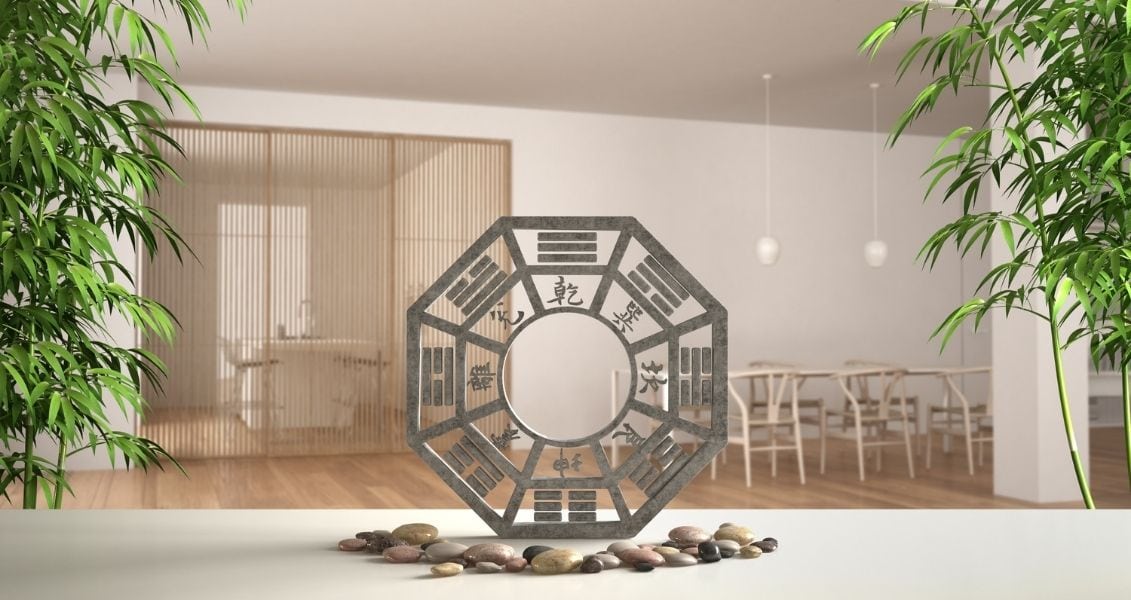 Read more:  National Day of the Kingdom of Spain

Independence Day of the Republic of Costa Rica