The whole world celebrates October 11 International Day of the Girl Child. The main goal of the holiday is to spread information in society about the painful problems that underage female children have to deal with all over the world – inequality, insecurity and social injustice.

All holidays and events for October 11

Why is there a separate day for girls and why is there no international day for boys? The fact is that underage girls face more discrimination and violence, as well as problems such as forced marriage and early pregnancy. These are special problems related to gender inequality and child age. At the same time, adolescent girls have every right to a safe life, education, and health during development, growing up, and becoming women. With effective support, girls are able to fully realize their potential and become a full part of this world: loving mothers, good workers, successful entrepreneurs, experienced mentors, heads of households and political leaders.

How the idea to celebrate came about International Day of the Girl Child?

The idea to introduce Girls’ Day originated in the international non-profit organization “Plan” (Plan International), which operates all over the world. The initiative to hold such a day appeared as part of the “Because I’m a Girl” educational campaign, the purpose of which was to spread understanding about the special importance of educating girls at all stages of their development: from the first years of life until they reach their 18th birthday.

Participants of the “Plan” in Canada appealed to the country’s government to raise awareness of this event at the international level. In this regard, in 2011, at the UN General Assembly, Canada’s Minister of Women’s Affairs, Rona Ambrose, proposed the annual celebration of Girls’ Day and its declaration as an international holiday. The same resolution was approved in December 2011, and the following year, on October 11, the international community celebrated this day for the first time.

Every year, the celebration of the International Day of the Girl Child is dedicated to highlighting a separate issue. In the first year of celebrating this day, the world community considered the issue of early marriage. Forcing adolescent girls into marriage is a violation of human rights and destroys the lives of girls not only at the stage of their development, but throughout their subsequent lives. The UN reports that of all young women under the age of 24, 30% are married before they reach the age of 18. Girls from Africa, Asia, and Latin America suffer the most from this problem. In the countries of Western and Eastern Europe, this figure is 11%.

Other topics dedicated to different years of celebration

On October 11, 2013, the day was devoted to the theme “Innovations in education for girls”. In the following years, the following issues were discussed:

The theme of the 2020 celebration was “My voice, our equal future.” Its essence is that every teenage girl is a full-fledged member of society, she takes an active part in various spheres of life.

In 2017, the United Nations Children’s Fund (UNICEF) published the disappointing data of a large survey in which residents from 38 countries of the world participated. 17 million women reported sexual urges. Of them, 2.5 million are girls under the age of 15. At the same time, 9 out of 10 victims were subjected to sexual violence by close and familiar people. For approximately 35 out of 1,000 girls under the age of 15, sexual experience ends in pregnancy. About 62% of girls have an abortion, 38% decide to give birth to a child.

Disappointing data for Ukraine as well, where 70% of women and girls have experienced violence. The statistics of teenage pregnancy are shocking. The Ministry of Health published data that should make everyone think: in 2019, more than 100 girls aged 12-14 gave birth, and under the age of 17 – about 6,000 girls.

How to celebrate International Day of the Girl Child?

In honor of the International Day of the Girl Child, many actions and events are held around the world with the support of influential organizations. Festive concerts, educational gatherings, rallies and other events take place on this day. They are mostly organized by charitable foundations and volunteers. The purpose of each such event is to draw attention to the most painful problems and offer a way to solve them:

Postcards for the International Day of the Girl Child 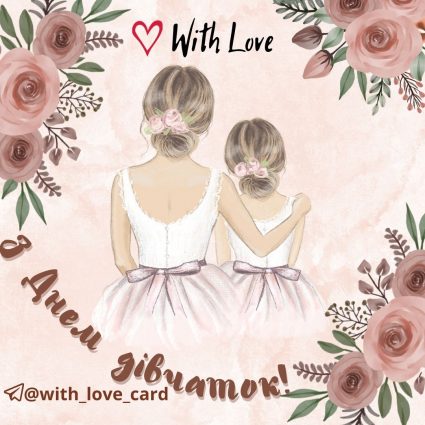 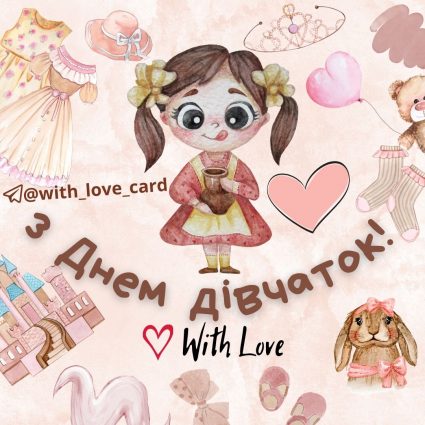 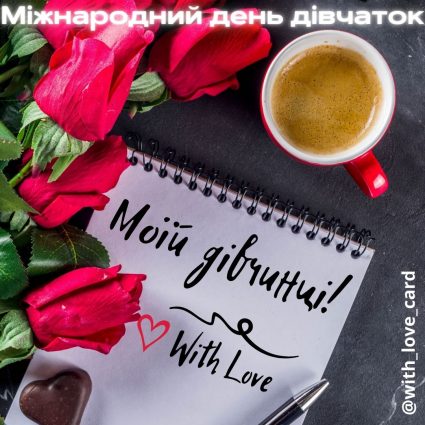 More cards for the International Day of the Girl

The Day of the Girl Child helps raise awareness not only of the challenges faced by female children, but also of what can happen when these challenges are solved. For example, educating girls helps reduce the number of child marriages and morbidity and strengthen the economy – educated girls gain access to high-paying jobs and can participate in global business and technological processes. Investing in the health, safety, education and rights of girls is an opportunity for them to achieve their dreams and build a better life for themselves and their communities.

When will we celebrate International Day of the Girl Child? 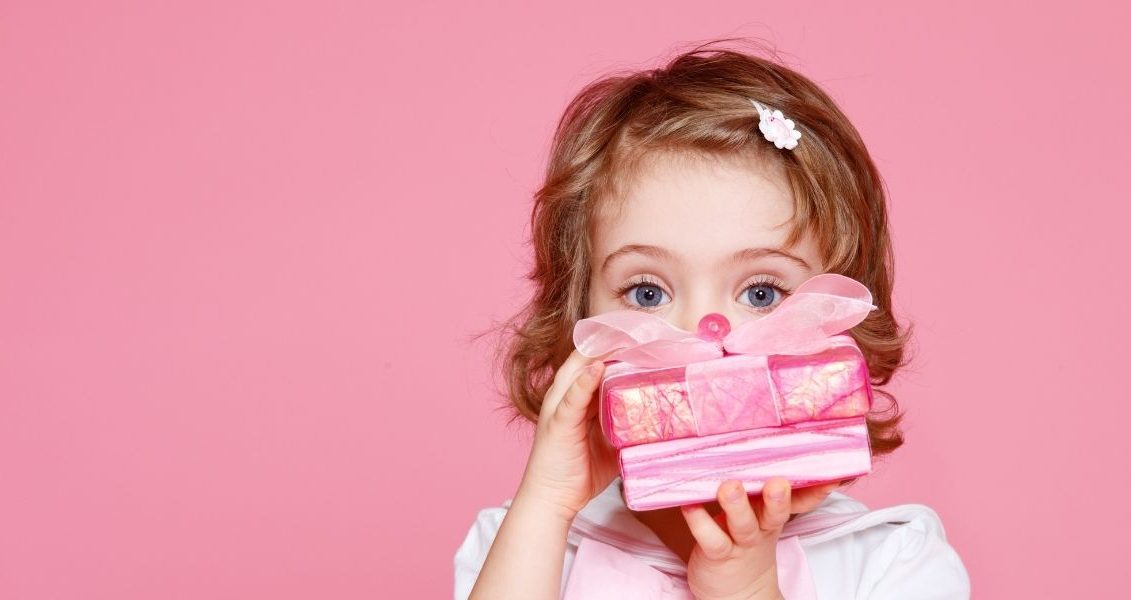 Read more:  Day of the optimist