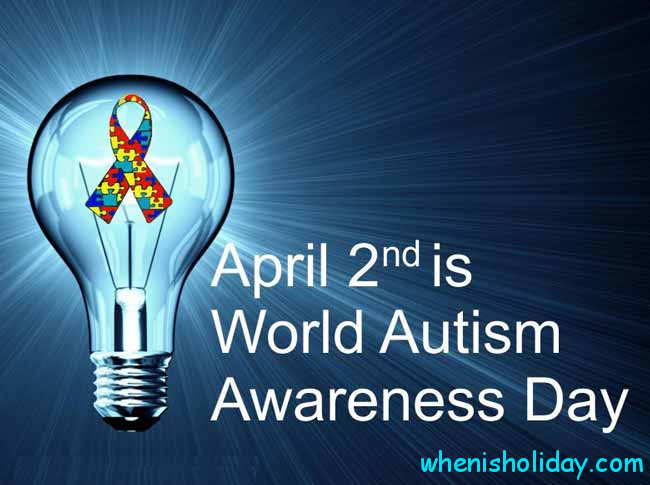 When is National Autism Day in 2020? – Can you reply this question without any pieces of information given from specialized side? Unfortunately, as a rule, the most part of present people has never known about this occasion existence in the modern calendar. The only exception is those men and women, who are involved into this sphere.

Discovering the matter what day World Autism Day is 2020 is, we would like to represent our followers as much amazing information as it is impossible. As a rule, all the themes concerning the historical basement of the event are of high demand.

Up to the present moment more than 10 years ago, to be more exact, in December of 2007, the authorized General Assembly of UN made an important decision and declared the date of April 2 as the special day devoted to this particular disorder. And since 2008 it has been celebrated all around the planet.

During the establishment the representatives of this organization expressed its deep understanding as to the large number of kids with autism, who are living worldwide. It is necessary to mark that the importance of problems concerns the appropriate problems implementation. All of them concern health care, education, training and therapy established by governments, non-governmental companies as well as the private sector for these children. Usually serious consequences for boys and girls, their families and society as a whole are among them.

In accordance with its resolution, the above mentioned Assembly called upon all states of the world, as well as upon the corresponding organizations involved into the UN  system and certainly upon other international companies that belong to the civil society. They recommended celebrating this day in order to raise autism awareness.

What does National Autism Day mean? All in all it is up to every person to find out whether to pay attention to this special occasion or vice versa to forget completely about its existence in a calendar.

First of all, we would like to remind our readers that autism is not a disease, but a condition with which a person is born. Unfortunately, it can’t be cured completely, but over time, it is possible to adjust and to adapt a person to social life. Autism shows itself in the retardation of development and the unwillingness to contact the outside world. It can’t be diagnosed immediately upon the birth of a child. It manifests later on the physiological level. The specialists can recognize it by observing the behavior and reactions of the baby. However, due to improper diagnosis, it happens that children with autism are diagnosed with schizophrenia.

In present accordance with this matter there is one important thing we can’t but discuss in public. There are a lot of men and women, who don’t know for sure how to call these people properly. – Please, mind that the expression “people with autism” is a correct variant, however, “autistic people” sounds really offensive. Why is it so? – Everything can be explained by one simple rule, which says that initially we have to talk about a person, and then add his/her feature. Also, do not use the phrase “sick with autism” or “suffering from autism.” They do not get sick, do not suffer and they are definitely not crazy. They are just different.

Investigating the question, which sounds like “When is International Autism Day 2020?” we’d love to give the followers some interesting pieces of information. A great amount of guys and ladies, who are having the signs of this disorder, perceive the surrounding reality differently.

A person with autism experiences difficulties in communication and social interaction. They are usually excluded from public life and prefer to remain alone. Like children, they can spend time, repeating the same actions and movements again and again. People with autism are afraid to perceive everything new. They prefer the so-called ritualization and hate to be distracted from their occupation. However, sometimes they can do something unexpected, for example, to start singing in the public transport.

These people often like to arrange things in a certain order or to perform some actions according to a clear algorithm. Sometimes they can have seizures and they can hurt themselves. But each person’s symptoms are manifested in peculiar ways depending on the degree of autism.

In accordance with the specialists’ point of view, you should consult your doctor if you become aware of the following features: 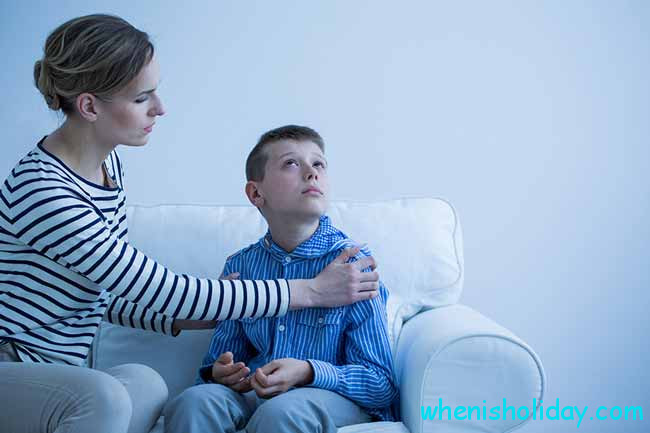 When is Autism Day in 2020, calendar will definitely and without any hesitations remind you. It will happen as usually on April 2nd. Now we want to tell you that the date is fixed, that is why you can be involved any moment you like or would love to.

As you can understand, there are some official events, organized by the state and some private companies. The main aims of these institutions are to explain other people the peculiar features of these small persons. You can participate there if you like, of course.

If it is impossible for any reason, devote April 2rd to investigation the question in details. Nowadays there are a lot of films, books, documentaries and articles about this problem.

Discovering the problem “What is the date of National Autism Day in 2020?” we want to report you something really interesting about this matter.

Day of Special Operations Forces of the Armed Forces of Ukraine