It’s no secret that the word of professional journalists is a powerful and effective weapon in today’s world. The essence of this profession is to convey any important information or news to the public as comprehensively and objectively as possible. Challenging lies and unscrupulousness, independent journalists sometimes risk being in danger, but it is precisely because of their impartiality and principle that they enjoy the trust and respect of society. Every year on June 6, a professional holiday comes for all Ukrainian journalists, who have always been and are a source of truth for people — Journalist’s Day of Ukraine.

How did the idea to celebrate Journalist’s Day of Ukraine come about?

In Ukrainian national traditions, respect for the public word has always been high. Despite this, journalism on the territory of Ukraine arose much later than in European countries. This is due to specific political conditions, because Ukraine did not have statehood for a long time, and its territory was divided between several empires.

Historians consider printed editions of the middle of the 17th century – the so-called “universal magazines” of the Zaporizhzhya Army during Ivan Vyhovsky’s hetmanship – to be the forerunners of the Ukrainian press itself. In addition to decrees and laws, these publications also contained the latest news. However, already at the beginning of the 18th century, a decree of Peter I was issued with a ban on printing anything in the Ukrainian language, so the development of journalism in Ukraine was not discussed for a long time.

The Kharkiv magazine “Ukrainian Herald” was the first domestic publication with a pro-Ukrainian orientation. Thanks to its editors and authors of publications – professors of the local university, writers Gulak-Artemovskyi, Kvittsa-Osnovyanenko and other cultural figures, the publication contained news, articles on ethnography, history and geography of Ukraine, translations and literary works, there was even a section of correspondence with readers. In 1825, after four years of existence, this magazine was closed by imperial censorship.

In 1848, the political newspaper “Zorya Halytska” began to be published in Lviv. Among the journalists were Yakiv Holovatskyi, Antoniy Petrushevich, Rudolph Moh, Yosyp Lozynskyi and other writers, poets and ethnographers. In 1905, a Ukrainian-language political newspaper “Hliborob” also appeared in Lubny, Poltava Oblast, whose editors were the brothers Mykola and Volodymyr Shemety.

At the end of the 19th and the beginning of the 20th centuries, such outstanding figures as Ivan Franko (editor of the journal “Life and Word” and other publications) were at the center of Ukrainian journalism; Lesya Ukrainka (author of many journalistic works, participant in publishing the Narod magazine); Mykhailo Pavlyk (publisher of the magazine “Public Friend”, public figure and publicist).

After 1917, the number of Ukrainian-language publications increased, but censorship became more and more brutal. Journalists simply did not have the opportunity to cover many events, for example, the famine of 1932-1933 could be read only in foreign newspapers. The repressive system finally destroyed independent journalism, and all decisions regarding the information space were made by the higher party leadership.

In the 1960s, a little more topics were opened up for journalists, but they mainly related to literature and culture. Political and economic news were, as before, under strict control. In Ukraine, underground publications, the so-called “self-publishers” of political topics, began to be published.

The end of the 1980s and the beginning of the 1990s was a turning point for Ukrainian journalists, especially in youth periodicals such as “Molod Ukrainy”, “Rovesnyk”, “Moloda Gvardiya” and editorial offices of youth TV programs. The inevitability of major changes was felt, so journalists without fear raised previously forbidden topics, for example, about the economic miscalculations of the authorities or the crimes of the Stalinist regime. In 1989, the Radio Liberty correspondent bureau was opened in Kyiv.

After the declaration of state independence, there was an urgent need for new media legislation, and the first law to regulate the information sphere was the Law “On Information”, adopted on October 2, 1992. It was followed by other laws on the activities of the press, news agencies, radio and television. It would seem that from now on, our journalists only had to worry about the high professional level of their materials, because the freedom of speech of the mass media was guaranteed.

However, in September 2000, the country learned about the brutal murder of Heorhiy Gongadze, the founder and editor of “Ukrainian Pravda”. In 2001, the editor of the TV company “TOR” Igor Oleksandrov was killed, who was conducting a journalistic investigation of the connections of local officials with criminal structures. Already during the Revolution of Dignity in 2014, Vyacheslav Veremiy, a journalist of the “Visti” newspaper, lost his life, and Pavlo Sheremet died in 2016. These names are only a small part of more than 70 journalists who were killed in Ukraine during the years of independence due to their professional activities.

Currently, a noticeable problem for Ukrainian journalists is the loss of professional impartiality due to serving the interests of media owners and promoting their political views. In addition, the professional level is also not always up to par — there are cases of publishing unverified information in pursuit of sensationalism. On the other hand, there are many faithful journalists in Ukraine who conduct quality investigations, work in the public interest and do not betray professional ethics.

Journalist’s Day of Ukraine in history

Frequent Questions and answers on the Journalist’s Day of Ukraine

Why was it decided to choose June 6 as the date for celebrating the professional holiday of domestic journalists?

What are the types of journalistic profession?

In general, the concept of “journalist” is common to a number of professions, because information programs or print media require the work of a team of professionals. Its composition usually includes not only correspondents or reporters, but also columnists and analysts, editors, TV or radio presenters.

Which periodical was the first in Ukraine?

The weekly publication “Gazette de Leopol”, which appeared in Lviv in 1776, is considered the first. It was French-language, contained mostly political news from European states, presented in a laconic form without any editorial comments. This publication existed for only one year.

When did professional journalists begin to be trained in our country?

What are the advantages and disadvantages of being a journalist?

Among the advantages of this profession are access to primary information, communication with interesting people, travel, the opportunity to become famous, prospects for career advancement. Disadvantages include an irregular schedule, stressful situations, and fairly high professional competition.

How to celebrate Journalist’s Day of Ukraine?

On this day, Ukrainian media workers receive greetings from their direct managers and government officials. Usually this holiday is dedicated to awarding journalists with various prizes and awards for significant achievements in the profession, corporate events are also held.

To celebrate Journalist’s Day of Ukraine Journalism faculties are willing to join in — competitions are held among students for the best reportage, interview or article. In order to introduce schoolchildren to the journalistic profession, on this day, meetings with journalists from local newspapers or TV channels are arranged for them.

On the festive day for Ukrainian journalists, television often broadcasts educational films and programs dedicated to the employees of the domestic mass media, the history of Ukrainian media and the problems of modern journalism. Also, on this day, you should watch the news on your favorite channel, read an interesting newspaper or magazine, because nothing stimulates journalists in their work more than the interest and trust of citizens.

And most importantly, it is necessary to congratulate the journalists you know on their holiday, to wish them creative zeal, a lot of positive news, fewer risks and obstacles in their interesting and important work for the whole society.

Currently, there is an opinion that the role of the media has largely been taken over by social networks — there you can not only find out news, but also express your opinion. However, the role of professional journalists remains important, because their information can be trusted much more than information from social networks, which are sometimes fake. In addition, information from official sources is always more ordered and systematized, which means that it is better perceived.

In our country, as in the entire democratic world, mass media, and therefore journalists, are often called the “fourth power”, because the way in which information is presented depends on the opinion of people about this or that situation in the country and beyond. Journalism serves as a bridge between the government and the people, expressing the opinion of all sections of society. Often, journalistic investigations and reports contribute to the restoration of justice, exposure of corruption, serious crimes and force the authorities to become more transparent.

After all, the materials of talented journalists are always interesting to listen to and read, because real professionals stand out in their work with their unique style and charisma. Now, anyone who wants to can choose an analytical program or an information channel according to their own preferences and thus expand their worldview and satisfy their need for current news. The holiday of Ukrainian journalists popularizes this profession in our country and emphasizes the importance of personalities in journalism for social institutions and the system of values ​​in society.

When will we celebrate Journalist’s Day of Ukraine?? 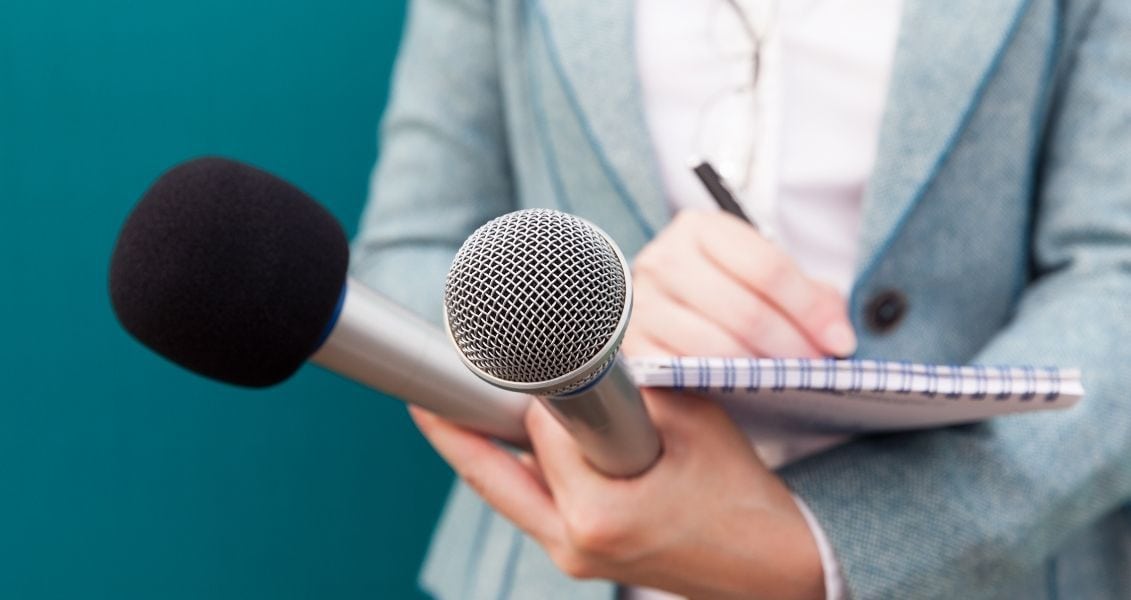