Easter — the most important and solemn Christian holiday. On this day, believers celebrate the resurrection of the Son of God – a true miracle that occurred on the third day after his death on the cross. The Christian religion claims that the Savior atoned for people’s sins with his death, and gave them eternal life with his resurrection. This holiday is celebrated every year on different dates, determined according to a special church system – Easter. The day of the week on which Easter is celebrated remains unchanged – Sunday. In 2022, Easter falls on April 24 for Orthodox Christians and Greek Catholics

How did the idea of ​​celebrating Easter come about?

According to four Gospel sources, Jesus Christ died on the cross on Friday, around three o’clock in the afternoon, on the eve of the Jewish holiday of Passover. In the evening of the same day, the body was taken down from the cross by the secret followers of Jesus – Joseph of Arimathea and Nicodemus. Joseph of Arimathea was a rich and respected person, moreover, a member of the Sanhedrin, the supreme governing body in Jerusalem. Taking advantage of his high status, the man obtained permission to bury Christ from Pontius Pilate, the Roman governor. Nicodemus, also a member of the Sanhedrin, helped Joseph in the burial. It was he who brought myrrh, a precious liquid intended for embalming the dead.

In those days, it was customary for ordinary people to bury the dead in graves dug in the ground, while the wealthy buried their loved ones in stone caves. Joseph of Arimathea had such a cave just in the territory of his garden, not far from Mount Calvary. The man prepared this cave in case of his own death, but he decided to give it to Jesus, because he could not allow his teacher to be buried in the ground, in a common grave with the other executed. Therefore, the body of Christ, smeared with myrrh and wrapped in linen, was taken to a stone cave in the garden and closed the entrance to it with a large stone. The burial was somewhat hasty and without observing all the rules, because the Passover holiday had already begun that evening. Therefore, the women present, who were also disciples of Christ, agreed to come to the cave on the second day after the holiday to anoint the body with myrrh.

On Saturday morning, Pontius Pilate, at the request of the Jerusalem high priests, placed a guard at the burial place of Christ. The high priests remembered Jesus’ words about his resurrection on the third day after death, but they did not know how to understand them and tried to protect themselves from the abduction of the body by Christ’s supporters. A guard of Roman soldiers was sent to guard the cave, and a seal was attached to the stone near its entrance.

The soul of Jesus Christ returned to his body during the night from Saturday to Sunday, after which he left the cave without moving the stone or breaking the seal, because his body was no longer subject to natural laws. For the guard, this event went unnoticed, and the warriors continued to guard the empty cave. At dawn, a shining Angel appeared from the sky and opened the entrance to the cave, and the frightened warriors first froze, and then fled from the scene. When the women came to the cave in the morning, they saw an open entrance, a stone was lying next to it, and an Angel with a shining face was sitting on it. He informed the women about Christ’s resurrection, and told them to share this news with his disciples.

The meeting of Jesus with the disciples

On that Sunday, Christ appeared several times to some of his disciples, but they could not fully understand the possibility of his resurrection, and only in the evening were the eleven apostles finally convinced of this, when they saw their teacher together at a common dinner. A week later, the twelfth apostle – Thomas, who was not present at the first appearance of the Savior, therefore at first did not believe in the resurrection – saw him. Then, for another forty days, Christ communicated with his disciples from time to time, giving them the last instructions, after which his Ascension to heaven took place, and the apostles went around the world to preach the Christian doctrine.

The first direct evidence of Easter celebration date back to the middle of the 2nd century, but for a long time there was no unity between the churches regarding the date of this holiday. Mainly to solve this problem, the Council of Nicaea was convened by Emperor Constantine in 325, which decided that Easter should be celebrated on the Sunday after the first full moon that follows the vernal equinox.

If we depart from the events described in the Gospels, many historians believe that Easter is a holiday with ancient pagan roots. Among the peoples of Western Europe, it was dedicated to the goddess of spring – Eostri, and was celebrated during the vernal equinox. It is with the name of this goddess that the English-language name of the holiday – “Easter” – is connected. The idea of ​​resurrection was also used in the commemoration of Eostra, but this was the resurrection of nature after its winter sleep.

Slavs during pagan times also traditionally celebrated the time of spring revival. As for Ukrainians, even the name of the holiday has been preserved – in ancient times it was called Dazhdbozh Easter, and it honored the birth of Dazhdbog, the Sun deity. Therefore, many of the famous Easter customs existed long before the adoption of Christianity by our people. After the baptism of Russia, they were somewhat transformed, but their essence remained unchanged.

Frequent Questions and answers about Easter

How is the exact date of Easter determined?

The date of this holiday depends on the cycles of the Moon and the Sun. Orthodox Churches and the Ukrainian Greek Catholic Church celebrate Easter on the Sunday following the first new moon from the day of the vernal equinox. In these denominations, Easter in different years falls on the period from April 4 to May 8. For Catholic and Protestant churches, the day of Easter is the Sunday after the first full moon from the day of the vernal equinox, it can fall in the period from March 22 to April 25. To determine the dates of Easter many years in advance, the church uses a special system called Paschalia.

When did the tradition of coloring eggs for Easter appear?

In almost every culture, the egg is a symbol of life. For example, the ancient Slavs believed that the world appeared from a duck’s egg, so eggs often served as a sacrifice to the gods, and were also given to each other by lovers as a sign of sympathy. The custom of dyeing eggs has been known since the time of Easter of Dazhdbozh, i.e. it has pre-Christian roots.

What can not be done on Easter?

As with other major religious holidays, on this day there is a ban on any work — you cannot sew, clean, work in the garden or in the yard. It is also unacceptable to swear, quarrel, be sad, condemn people and gossip. Even on Easter, they do not visit the cemetery, nor do they get married in the church.

Why do people consecrate products on Easter?

In Christianity, there is a tradition to sanctify not only food, but also other material objects. In this way, people symbolically dedicate them to God, while at the same time receiving blessings from him. On Easter, the subject of consecration is food, and there is also a tradition of giving a tenth of the consecrated products from the holiday basket to the needy.

How many days does Easter last?

The main part of the holiday, known to everyone, is directly Easter or Bright Sunday. This day is followed by Holy Week, on each day of which festive services are held in churches. After that, the church celebrates Easter for another 32 days, that is, the total duration of the celebrations is 40 days, and they end on the eve of the feast of the Ascension of the Lord.

How to celebrate Easter?

This holiday is exceptional, it is preceded not only by Great Lent, but also by a special week called “Passion”. On these days, it is customary to remember the last days of Christ’s earthly life, which were marked by his suffering and death by crucifixion. Divine services are held in churches every day, and on Saturdays in the Church of the Holy Sepulcher in Jerusalem, the holy fire is lit, which is then delivered to various countries, including Ukraine.

The most important holiday service in churches also begins in the evening on Saturday and continues until the morning. This service always gathers many believers, its special atmosphere unites a solemn and joyful feeling. After visiting the church, people return home with consecrated Easter baskets and sit down at the festive table. All dishes of the hostess are prepared in advance – usually on Thursday and Saturday, including dyeing eggs and baking paska.

On Velykden it is customary to visit and invite guests to your home. At the same time, they usually invite well-acquainted people, relatives or friends, with whom communication will be pleasant and joyful. Despite the fact that the fasting restrictions are over, it is not advisable to drink a lot of alcohol and overeat at the table.

If the weather is warm outside, many friendly companies go out into nature, grill barbecues and enjoy the spring sun. After all, the most important thing for everyone is to spend the Easter holiday in joy and harmony and to give a festive mood to your dearest people.

This holiday has its own special aura, which is associated with real spring warmth, sunlight, tender green branches of trees and the first flowers. Pre-holiday preparations add a unique feeling – baking breadsticks, coloring eggs. Children also happily join in these preparations, because then it’s so much fun to eat the sweet top of the paska and test whose egg will be stronger in the traditional Easter “battle of the eggs”.

Easter gathers families around the festive table and is an occasion to reconcile with all your loved ones, forgiving all insults and misunderstandings. In addition, this holiday is a good time for good deeds, charity, and help to those who need it. Such actions really help people to realize love for their neighbor, to feel the purification of their soul and atonement for their sins.

It is characteristic of every person to feel the fear of death, and Easter is a holiday that gives life, because it is the victory of eternal life and goodness over sin and death that means Christ’s resurrection. 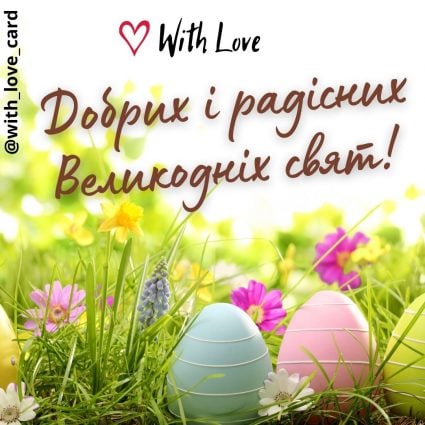 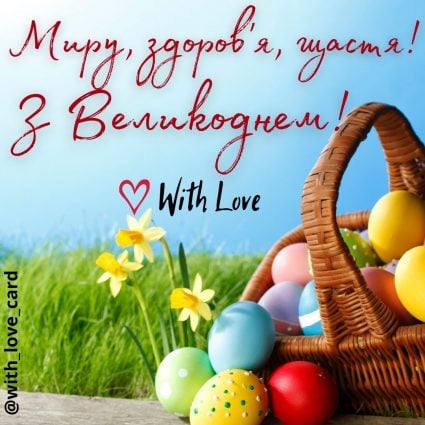 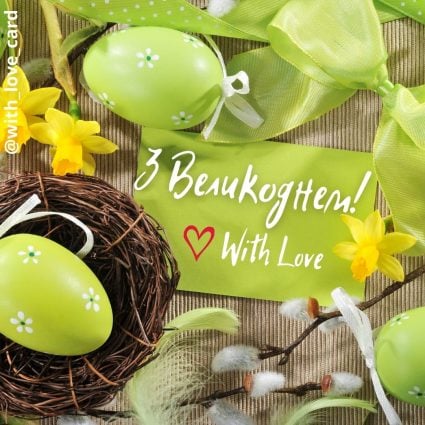 When will we celebrate? Easter? 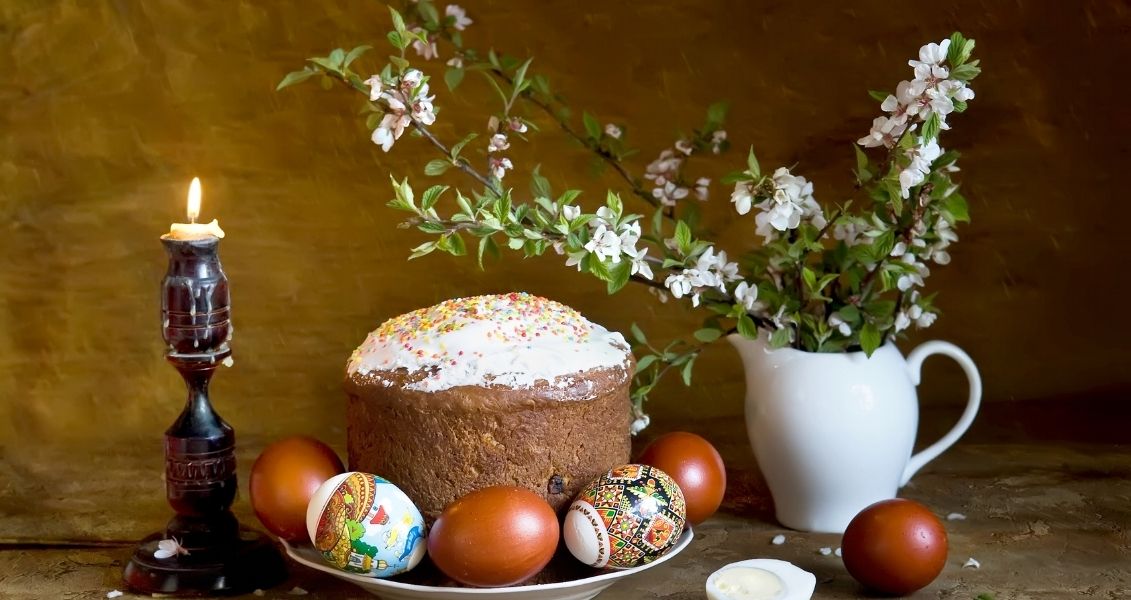