Usually, the ability to hear sounds, including human speech, is taken for granted, and it is thanks to hearing that people learn to speak in early childhood. However, there are always those who are deprived of this opportunity for various reasons, so it is problematic or even impossible for people with hearing or voice disorders to communicate in a normal way. The best solution in such a case is to learn and use sign language — it enables people with hearing or vocal impairments to adapt in society and live a full life. Great importance is attached to this method of communication by the UN — it established International Day of Sign Languageswhich the world celebrates every year on September 23.

How did the idea of ​​celebrating the International Day of Sign Languages ​​come about?

The use of gestures to communicate is as old as common language. It is assumed that hunters on the open plains gave each other signs in this way – it simultaneously preserved silence and coordinated the process. Indian tribes had a complex system of gestures, because each of them spoke in their own dialect. In order to establish communication with neighbors, a standardized and understandable sign language was indispensable. Later, she agreed to contacts with Europeans – this is how the aborigines and members of Christopher Columbus’s expedition talked to each other.

The first references to the use of sign language by people who have hearing or speech impairments come from Ancient Greece. Plato’s treatise Cratylus, written in the 5th century BC, testifies to the fact that in those days people with similar restrictions already used gestures instead of words. Later, Aristotle expressed the opinion that it is impossible to teach the deaf precisely because they cannot hear speech.

Unfortunately, this theory caught on, and deaf people were treated as inferior people—they were denied property rights and forbidden to marry because it was thought that deafness would be passed on to children. Sign language also became something to be ashamed of, so deaf people were deprived of the possibility of open communication.

Some brave people still tried to refute the theory about the deaf’s inability to learn. Among them was Bishop John Beverley of York, who in 685 taught a deaf boy to speak. Later, the bishop was even canonized for this “miracle”, and people continued to think that the only way to overcome deafness was to learn to speak like all healthy people.

In the 16th century, the Italian doctor and mathematician Girolamo Cardano developed his own sign language — he tried to match the meaning of individual words with gestures. His system did not become widespread, but the inventor himself successfully applied it to teach his deaf son.

But the greatest achievement in the early history of sign language belongs to the Spanish monk Juan Pablo de Bonet. In 1620, he published the first book on sign language, which contained an alphabet with images of finger and hand movements that meant certain sounds. Thanks to this book, sign language was recognized as a worthy form of communication for the first time.

Schools for the hearing impaired

In 1760, the Parisian priest Charles Michel de l’Eppe opened a free sign language school, which was named the Royal Institute for the Deaf and Dumb. The institute became very popular among the French with hearing impairments, and abroad became interested in it – the emperors of Austria and Russia sent teachers to the institute to adopt the new method. Since then, de l’Eppe is considered one of the founders of deaf pedagogy.

In Great Britain, sign language was popularized by Thomas Braidwood – he founded the Academy for the Deaf and Dumb, where he taught a unique two-handed sign method. This method still underlies the sign language used by modern Britons.

The first public school for the deaf appeared in 1817 in the USA, in the city of Hartford. Its founders were priest Thomas Gallode and teacher Laurent Clerk, who was himself deaf. Together they created a system of signs that later became the official American Sign Language. By 1863, there were already 22 such schools in the United States, and later the first college and the Columbia Institute for the Deaf were opened.

Unfortunately, many teachers of that time were opponents of sign language and tried anything to teach the deaf to read lips and pronounce words. In 1880, at the Milan conference of teachers working with deaf students, it was decided that sign languages ​​should be banned in all educational institutions. Deaf children in schools even began to have their hands tied to make them speak like most people, and the number of deaf teachers in such classes decreased from 40% to 15%.

The renaissance of sign language took place thanks to William Stokey, a teacher and linguist, who proved that this way of communication has all the characteristics of a full-fledged language, from syntax to grammar. In 1960, he published his monograph and compiled the first sign language dictionary. Since then, the attitude towards the methods of education of people with hearing or speech disabilities has changed, and sign language has been recognized as the best means for their learning and communication.

The constant obstacles encountered by people with hearing impairments on the way to full participation in public life led to the creation of the World Federation of the Deaf (WFD). It was founded on September 23, 1951 by 25 national associations. In 1958, UNESCO granted VFG consultative status, and the International Day of the Deaf was also celebrated for the first time. In subsequent years, the federation contributed to the development of normative documents on ensuring equal opportunities for people with special needs, in particular, the UN Convention on the Rights of Persons with Disabilities. The International Day of Sign Languages ​​was established by the UN General Assembly in 2017, and the date chosen for it is the day of the foundation of VFG — September 23.

Frequent Questions and answers on the International Day of Sign Languages

How many sign languages ​​are used in the world?

Now there are about three hundred sign languages, because, like ordinary ones, they are different depending on the country. Even in those countries that share a common language, sign systems differ — for example, in the United States and Great Britain. Differences can also be found in regional variants of such languages, just like dialects and accents in ordinary languages.

Can people who have lost the ability to speak due to a stroke communicate in sign language?

Brain damage affects the ability to use sign language as much as normal language function. Therefore, people after a brain hemorrhage or traumatic brain injury may show the signs, but not be able to place them in the correct order.

How many people on the planet use sign languages?

There are approximately 466 million deaf people in the world, of which only 72 million use sign language to communicate. Thanks to this, they can study, work and access various services on an equal basis with others.

Is there a sign language of international use that is understandable to all people from different countries?

Do deaf Ukrainians have their own organization?

Yes, the Ukrainian Society of the Deaf has been operating in our country since the 1930s. Currently, this society is one of the members of the World Federation of the Deaf and unites almost 40 thousand people with hearing impairments in Ukraine.

How to celebrate the International Day of Sign Languages?

This holiday appeared very recently, so the traditions of its celebration are similar in all countries. Seminars and conferences dedicated to the use of sign language, as well as solving problems with subtitles, sign interpretation and accompanying audio messages with text, are usually timed before September 23.

On this day, it is worth paying attention to users of sign languages ​​- they are usually among our neighbors or acquaintances. People with hearing or speech impairments in Ukrainian society often suffer from tactlessness or direct insults, so it is extremely important for them to feel supported and benevolently treated. For this, a friendly smile may be enough, and financial assistance may also be required – each case is individual.

It is also appropriate to learn a few of the simplest gestures and to say hello to a friend who cannot hear, to ask for something or to thank him in a language that he understands. Of course, a person will be pleasantly surprised, in addition, learning sign languages ​​is also useful for those who do not have hearing problems – it is a great way to develop thinking.

Of course, the most important reason is the irreplaceability of sign language in the communication of people with hearing or speech impairments. For them, it is a native language that provides access to information and allows them to participate in community life. It is difficult to establish verbal communication for some children with autistic disorders, but sign language often becomes more acceptable.

This event draws attention to the difficulties people face in using sign languages. For example, there are not enough professional sign language interpreters in Ukraine — there is not even a higher educational institution for training in this specialty, only courses are available.

On the International Day of Sign Languages, we get more information about them as an interesting phenomenon.

When will we celebrate the International Day of Sign Languages?? 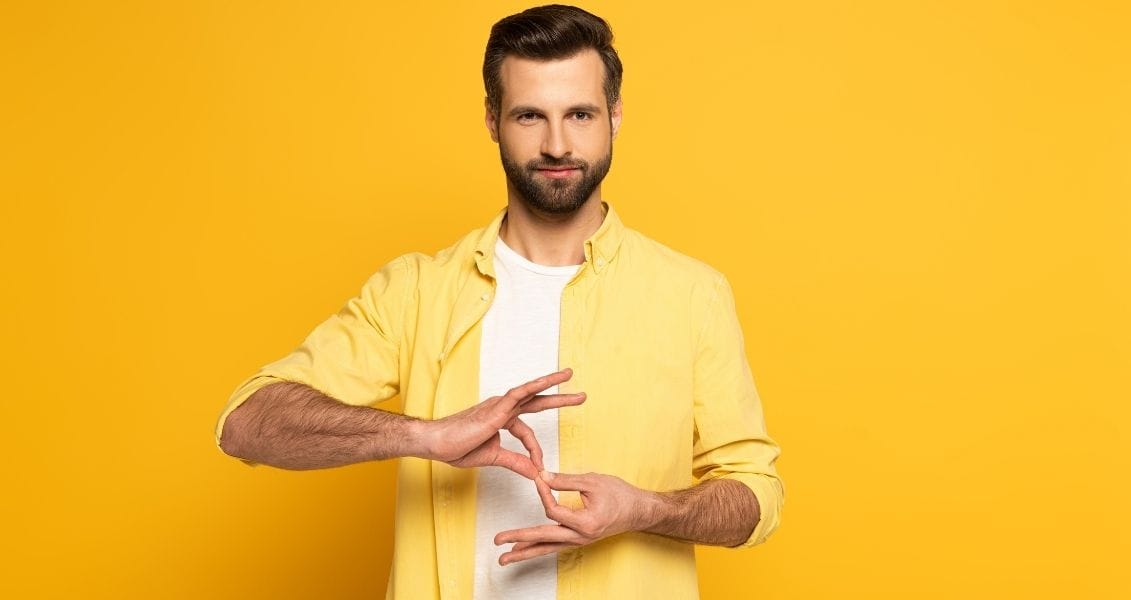 Day of the PR specialist

⛪ When is Feast of the Immaculate Conception 2019