In the middle of the harshest winter month, we celebrate Valentine’s day. It is a very warm and gentle day, on which everyone gives their loved ones their attention along with various pleasant gifts. An indispensable element of the holiday is a “valentine” – a small card in the shape of a heart with romantic images of roses, little angels or cute kittens. On February 14, a huge number of declarations of love and marriage proposals take place in the world, lovers give each other millions of roses. Valentine’s Day is also a whole industry that brings huge profits every year to sellers of various goods that can serve as a gift for a loved one.

How did the idea of ​​celebrating Valentine’s Day come about?

The holiday of all lovers has a very ancient origin. It originates from the pagan festival of Lupercalia.

In ancient Roman traditions, these are celebrations in honor of the god Faun, who took care of forests and pastures. The faunus was also called Luperk, because in Latin “lupus” is a wolf, and the god Luperk was the protector of shepherds and their sheep or goats from wolves.

The middle of February was considered a period of ritual cleansing – the Romans cleaned their houses, and then sprinkled the floor with salt and wheat. In addition, Lupercalia was also a festival of fertility, and in ancient times this was of great importance, because infant mortality was very high. People who did not have children were considered cursed in those days and resorted to mystical rites in order to give birth to heirs.

The main actors of Lupercalium were priests who sacrificed animals to the gods: goats for fertility and dogs for spiritual purification. The skin of the animals was cut into narrow strips, soaked in sacrificial blood, and with these improvised whips they whipped all the young women they encountered. It was believed that in this way each of them would definitely become the mother of healthy children, so women willingly put themselves under blows.

At the time of Lupercalia, all unmarried men and women were required to form couples for childbearing, sometimes even with previously unknown people. For this, a kind of lottery was held: women wrote their name on a piece of parchment, which they threw into a large urn. Men blindly took out a parchment with a name written on it, and from then on they were supposed to spend the holidays with this woman in fun and love. If the union was successful, it could eventually turn into marriage.

There are several versions as to why the Valentine’s Day is ultimately associated with St. Valentine. The Christian church honors three saints named Valentine at once.

The story about Christian priest Valentine, executed by the Roman emperor Claudius II. This ruler believed that unmarried men were much better warriors than those who had a wife and children. So he simply issued a law that forbade young men to marry.

But it was impossible even for the emperor to ban love, so people married secretly. And it was Valentine who helped them by marrying young couples. When Claudius learned of this, he ordered the priest to be captured and executed. It happened in 270 in the middle of February.

to another Saint Valentine – the bishop, who also lived during the reign of Claudius II, is credited with miraculous powers. After a sleepless night spent in prayer, he healed a sick boy who could not move or speak. Thanks to his gift, the saint managed to convert many Romans to the Christian faith. In the end, the angry emperor, who did not recognize Christianity, executed Valentine.

Some researchers believe that these two saints are actually one and the same Valentine, it’s just that ancient traditions somehow divided the events of his life into two stories.

Another Valentine helped save Christians during their persecution in Rome. For this he was imprisoned, where tender feelings arose between him and the daughter of the chief jailer of the prison. The girl was blind from birth, but Valentine miraculously managed to heal her beloved. She came to her senses, but Valentine was sentenced to death. Before his death, he wrote a letter to the girl, signing it with the words “your Valentine.”

It is not known for sure which one Saint Valentine gave his name to Valentine’s Day, but the lives and deeds of each of them are full of romantic heroism. That is why romance, and therefore love, became the main theme of Valentine’s Day. In the works of Shakespeare, this day is repeatedly mentioned, which testifies to the popularity of the holiday in those times.

Printed “Valentine” cards began to appear in the 1700s, and gained real popularity in the 19th century. They became an easy way for people to express their sympathy to each other, and the development of postal services made it possible to send them to any part of the world. Over time, it became customary to give flowers, chocolate and jewelry to loved ones in addition to “Valentine’s Day”. These are traditional Valentine’s Day gifts in all countries.

How many “valentines” do people give on Valentine’s Day?

1 billion holiday cards are used each year on Valentine’s Day. Only Christmas is ahead of this holiday in terms of the number of written greetings – about 2.6 billion postcards are given and sent to it.

To whom else is St. Valentine affectionate, except for lovers?

This saint is considered the patron and protector of travelers, beekeepers and epileptics.

Who buys more flowers on Valentine’s Day, men or women?

60% of holiday bouquet buyers are men, 40% are women. Most men give flowers to their beloved women, and women to friends and relatives.

Why are red roses most often given on Valentine’s Day?

This tradition came down to us from Ancient Rome. The red rose was considered the favorite flower of Venus, the goddess of love.

In which countries do they celebrate Valentine’s Day differently?

In some countries of the world there are traditions that are somewhat different from the generally accepted ones. For example, the people of Finland celebrate Friend’s Day on February 14. Therefore, people on this day first of all congratulate their friends.

How to celebrate Valentine’s day?

Our country joined this holiday not too long ago – since the 1990s, so Ukrainians adopted its traditions from European countries and the USA.

Usually on this day we welcome friends, relatives and loved ones. Despite the fact that e-cards have become popular for a long time, classic paper “valentines” remain in trend and do not lose their charm.

In addition to postcards, everyone wants to please their significant other with a nice gift. And what this gift will be depends on the tastes and preferences of a particular person. It doesn’t matter whether it will be an expensive piece of jewelry, or a long-dreamed-of trip, or a modern gadget, or maybe even extreme entertainment, such as skydiving. The main thing is that this gift should bring positive emotions and a romantic mood to a loved one.

You can prepare as a gift something made by your own hands – for example, a photo album with shared photos, a hand-knitted sweater or an interesting souvenir carved from wood. Such things forever retain the warmth of a loving heart, and therefore are especially valuable.

February 14 is a holiday for two lovers, so it would be best to spend it together. Depending on your desire and financial capabilities, you can go outside the city to go skiing or fly to a distant shore of a warm ocean; spend an evening in a restaurant, go to the movies or just arrange a romantic dinner for two at home. After all, the most important thing to give each other on this day is the joy of time spent together and warm communication.

Not everyone recognizes this holiday in Ukraine. Someone considers it imposed, alien. For others, it is strange to pay attention to loved ones on a specific day. Most church leaders do not approve of the celebration of Valentine’s Day, considering it almost immoral.

But the vast majority of people, especially young people, look forward to February 14. And this is not surprising, because when, if not on this day, you can hear pleasant words about bright feelings – sympathy and love. IN Valentine’s Day love is more visible than ever, it surrounds us everywhere – in “valentines”, bouquets, candies, toys, hearts, rose petals.

On this day, everyone wants to be loved, so a few weeks before the holiday, people are more inclined to make romantic acquaintances. The new relationship then finds a logical continuation on Valentine’s Day.

Besides, this holiday is not only for lovers. We are pleased to give gifts to relatives, friends, children – everyone we love on this day. In European countries, even beloved pets receive gifts on Valentine’s Day. This holiday does not dictate any mandatory rules, so everyone can choose with whom and where to celebrate it.

Essentially, Valentine’s day is an opportunity to do something pleasant, and it doesn’t matter for whom, as long as it is from the heart. The most important thing to remember is that love is happiness, and, as you know, there is not much of it. 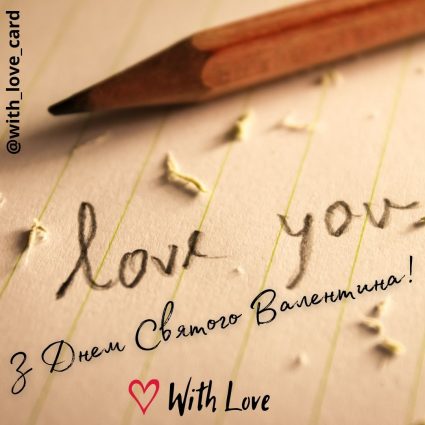 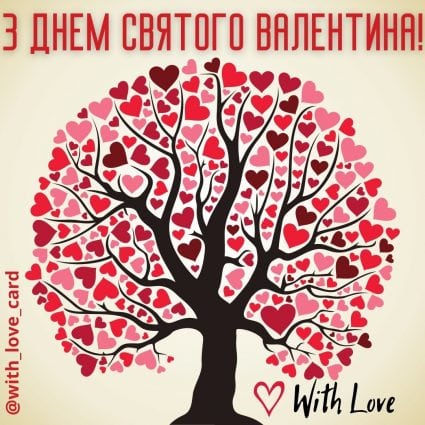 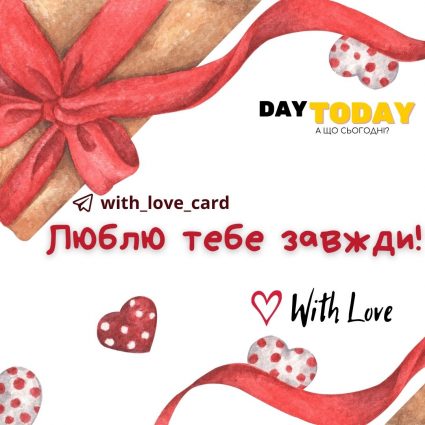 When will we celebrate? Valentine’s Day? 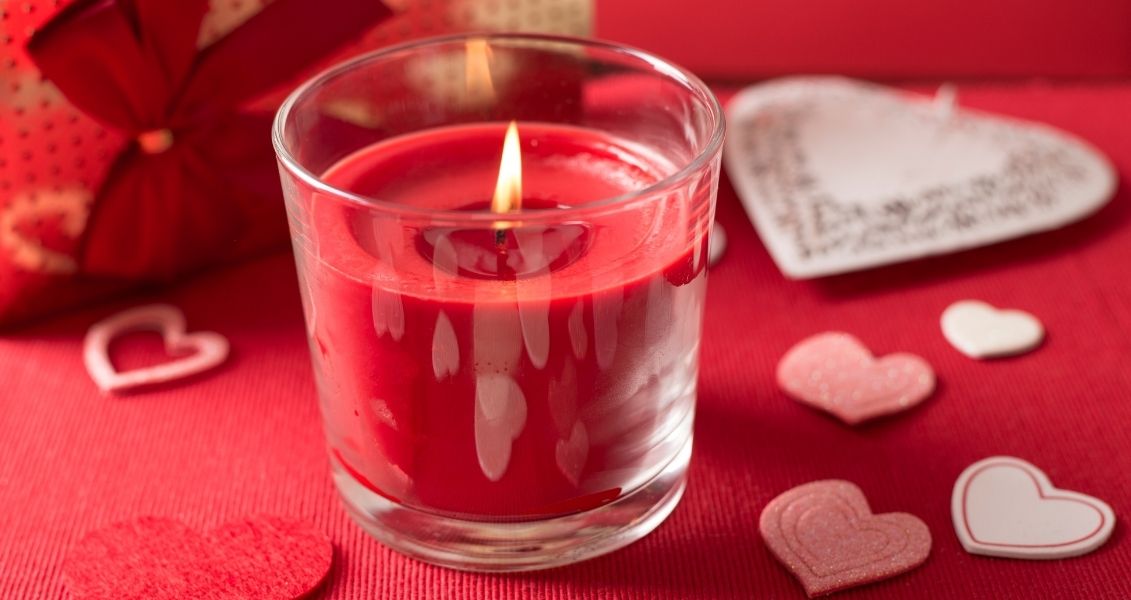