International Day of Brothers and Sisters

The personality of each person is formed in the family, and this process is influenced not only by parents, but also by brothers and sisters. Like no one else, they know about all the advantages and disadvantages of each other, because together they go through childhood problems and grow up. Usually, brothers and sisters are the closest people in our lives, on whose help and support you can always count. Even if the relationship with them is not easy, in any case, a strong family bond cannot be broken. A relatively young holiday is dedicated to all brothers and sisters — International Day of Brothers and Sisters, which is celebrated on April 10. More and more people in different countries join this celebration every year.

How did the idea arise into mark International Sibling Day?

Brothers and sisters are the heroes of numerous ancient legends and fairy tales. At the same time, ideal relations between them are not often discussed, unlike dramatic or even tragic ones. Evidence that these problems are as old as the world is the biblical story of the first brothers – Cain and Abel.

It is believed that the origin of conflicts between sisters and brothers has long been jealousy of parents. Every child is afraid of being less intelligent or beautiful and of receiving less parental love. In addition, the eldest son used to be the heir to most of the property and title. Younger sons received a much smaller inheritance, and often their fate was determined from birth – it was military service or service to God. Daughters were not among the heirs at all, but only received a dowry upon marriage. Of course, such rules did not promote friendship and love between children in the family.

Interconnection brothers and sisters psychologists have not paid attention to it for a long time, in contrast to the relationship of parents with children or partner relationships in marriage. Scientific studies of this area of ​​family relations began only in the 19th century. British anthropologist and psychologist Francis Galton first drew attention to the fact that the sequence of birth of children affects their character and abilities. In 1874, studying the biographies of members of the Royal Scientific Society, the scientist found that the number of first-born children among them was 55%. At the beginning of the 20th century, the Austrian psychologist Alfred Adler confirmed the theory that first-borns more often become outstanding personalities.

From the time of the first scientific studies, the term “siblings” or “consanguineous” began to be applied to siblings. It can often be found in the works of psychologists, geneticists, sociologists and anthropologists. The term “siblings” allows not to specify the gender of a person every time – male (brother) or female (sister), but to indicate people who have common parents.

The work of Galton and Adler was continued by the psychiatrist and analyst Carl Jung. However, he believed that the main role in the formation of the personality of siblings is played not by the order of birth, but by the family atmosphere created by the parents. Another psychologist, Walter Thomann, devoted his works to the influence of family positions of siblings on their later lives, in particular, on attitudes towards the opposite sex and relationships in marriage.

In the future, the theory of the dependence of the siblings’ characteristics on the order of their birth was questioned. However, in the 1990s, it gained popularity again thanks to Frank Sulloway, an American psychologist who used the meta-analysis method in research. The results proved that birth order defines a person’s character more fully than even gender, nationality or belonging to a certain social group.

Yes, the older ones brothers and sisters are considered more responsible and smarter than others – as a rule, their IQ is slightly higher than that of their younger siblings. The most expectations are placed on the elders in the family, so they grow up more ambitious and purposeful. Middle children in a family can have the traits of both older and younger siblings. They often compromise and are the first to separate from their parents. The youngest are often carefree, because they are used to being under care, so it is more difficult for them to overcome life’s difficulties and maintain self-discipline.

It is believed that there is a small age difference between brothers and sisters contributes to conflict, on the other hand, a significant age gap forms the relationship of guardianship of the older sibling over the younger one. Fortunately, growing up, in most cases, brothers and sisters stop competing with each other both for toys and for parental love. With age comes the understanding that a brother or sister, along with parents, are the closest people in life.

For the founder of the International Day of Brothers and Sisters, the American Claudia Ewart, her brother Alan and sister Lisette were just such close people. Claudia was the youngest daughter in the family, so her older sister taught her to swim, cook cookies, do her hair, and many other useful and interesting things. The brother, five years older, was a scout, so he involved his younger sister in hiking and taught her how to survive in natural conditions, and once saved her life by quickly orienting herself in a traffic accident.

Sadly, Alan and Lisette both died in accidents at a young age. Warm memories of them gave Claudia the idea of ​​creating a separate tradition dedicated to honoring all brothers and sisters. His date was chosen to be April 10, Lisette’s birthday. Soon after, the Siblings Day Fund was established and a corresponding appeal was submitted to the White House. The holiday has been recognized by the president and governors of 49 American states, and over the years it has become popular around the world.

International Day of Brothers and Sisters in History

Which brothers and sisters together went down in history as famous people?

Among the most famous siblings are Jacob and Wilhelm Grimm, linguists, better known to the general public as storytellers; Wilbur and Orville Wright, inventors of the first airplane; Charlotte, Emily and Anne Brontë are famous writers; Venus and Serena Williams are titled tennis players.

Do parents really love all their children equally?

According to studies conducted by the University of California, 65% of mothers and 70% of fathers admitted that they love one of their children more than others.

What character strengths do younger siblings have?

As a rule, younger people have a better sense of humor, they are sociable, open, creative extroverts, unlike their organized and serious older brothers and sisters.

How similar are the genotypes of siblings?

The degree of DNA concordance in siblings is usually about 50%, although in theory there may be no concordance at all, and it may be 100%, as in the case of monozygotic twins. The reason is that siblings do not inherit the same genes from their parents.

How does having a brother or sister of the opposite sex affect relationships with other people?

Boys who have an older sister are more inclined to flirt and make acquaintances with girls more easily. Girls who have a brother feel more confident in communicating with men.

How to celebrate the International Day of Brothers and Sisters?

April 10, everyone brothers and sisters try to surprise each other with a gift, invite to dinner or just call to find out how things are going. If there is an opportunity, it is great to spend this day together, share childhood memories, laugh or grieve together. There is also a tradition on this day to publish children’s photos of your brothers and sisters on social networks.

If relatives are separated by quarrels and misunderstandings, this holiday becomes an occasion for reconciliation. And in the event that a brother or sister is no longer in this life, it is worth devoting a day to memories of them. Family photos and videos will be good helpers in this.

Children in their own family should be helped to organize fun activities that will help strengthen brotherly or sisterly friendship, for example, arrange a joint photo session at home or in nature. You can offer them to create a collective drawing that will one day become a real family heirloom, cook something delicious together, have fun playing a game together or watching an interesting movie.

It so happened that brothers and sisters are present in our lives for the longest time – from childhood to old age. While relationships with other people may come and go, the bond between siblings remains forever, despite the ups and downs that a relationship may have.

International Day of Brothers and Sisters is a reminder that there are people who love us regardless of the circumstances and to whom we owe a lot – good advice, moral and material help at the right time. Especially now, when life is so uncertain and changing very quickly, it is worth valuing relationships with relatives more than ever. Therefore, this day is an opportunity to show affection and love to our brothers and sisters, because we do not do it too often in our everyday worries.

International Day of Brothers and Sisters gives people positive emotions, nostalgic memories, a sense of belonging to their family and an uninterrupted connection of generations. It also contributes to the continuation of the study by specialists of important psychological aspects in the relationship between brothers and sisters, because until now this area remains not fully explored.

Postcards for the International Day of Brothers and Sisters 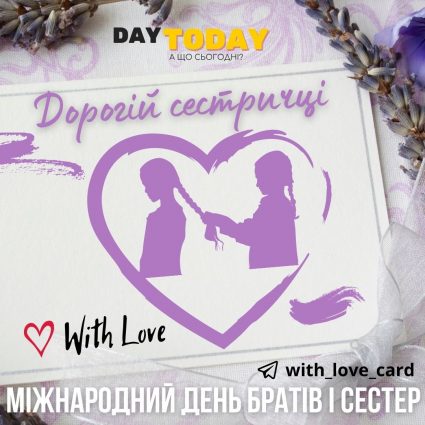 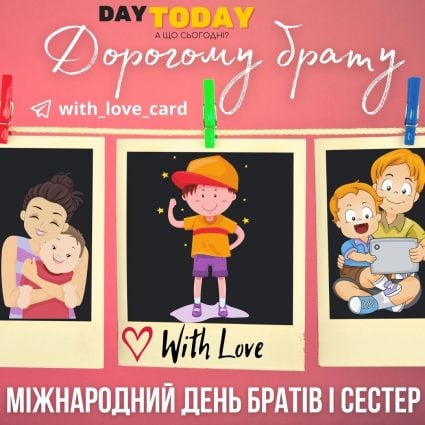 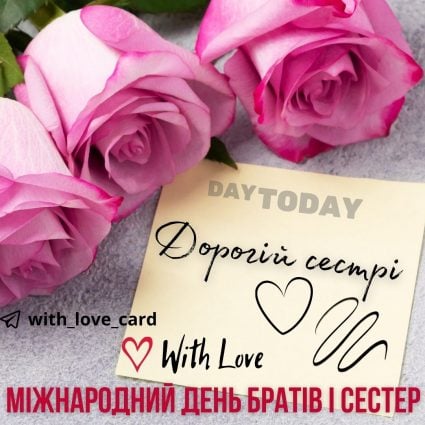 When will we celebrate? International Sibling Day? 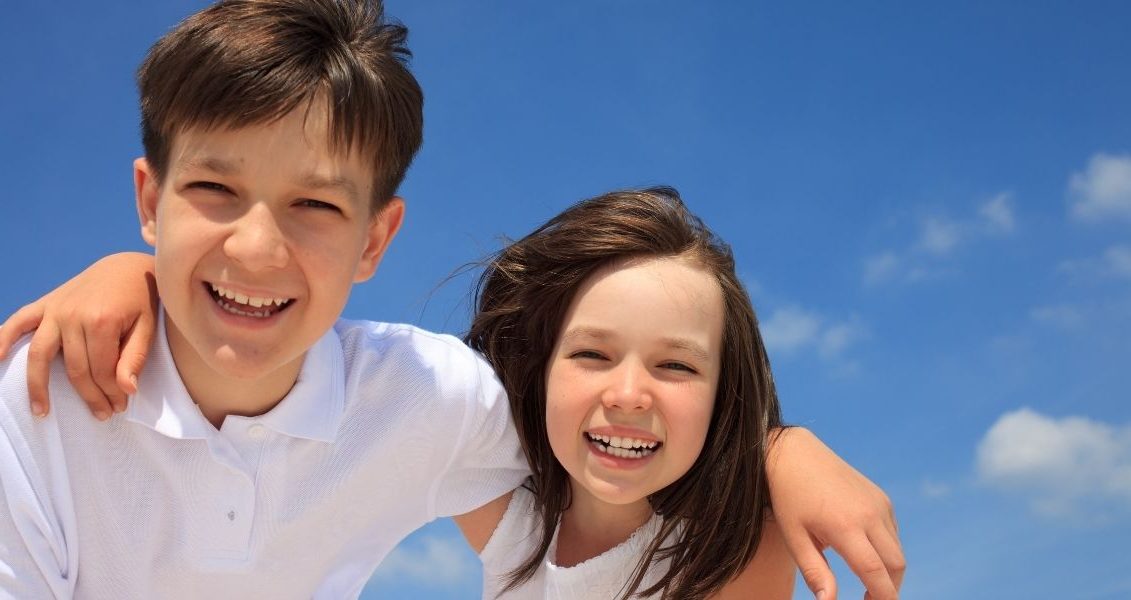 International Day of Girls in Information and Communication Technologies