March 1 – International Cat Day. The unofficial holiday is dedicated to the most popular pets in the world. The number of domestic cats and cats is amazing – there are about 600 million of them on the planet. There is even a science of felinology, which studies these animals.

Cats have been with us since childhood – almost everyone has childhood memories of fun games with funny fluffy kittens.

The nature of these animals is very peculiar – they are independent, smart, inquisitive, playful. They can be gentle or strict, but they always subtly sense the owner’s mood. Cats are the heroes of numerous legends and incredible stories, they are endowed with supernatural abilities and the ability to live nine lives.

How did the idea to celebrate International Cat Day come about?

Now cats are perceived by us exclusively as pets – companions, friends or even family members. But it was not always like that, because these animals have a long history, closely connected with the history of human civilization.

People began to domesticate cats in the period from 10 to 12 thousand years ago in the Middle Eastern region. It was then that our ancestors began to lead a settled life and engage in permanent agriculture. Rich grain harvests attracted numerous rodents to human settlements, as well as predators that hunted them – cats. These animals tirelessly “worked” in farms, destroying mice and rats. In this way, a mutually beneficial relationship gradually developed between people and cats – people began to feed clever hunters to lure them to their homes.

But the attitude towards cats in ancient times often went beyond practical utility. The ancient Egyptians equated these animals with divine creatures – their almost supernatural grace and ability to see in the dark caused surprise and admiration. It was forbidden to take cats out of the country, killing an animal was punishable by death, and rich owners bought gold jewelry for their beloved cats.

For their love of sleeping in sunny places, cats were attributed a connection with the Sun God himself. In the pantheon of Egyptian gods, the well-known Bastet is a goddess with a cat’s head, who was considered the embodiment of all domestic cats. She was the goddess of fertility, beauty and joy, as well as the protector of the home and children from evil spirits and diseases. There was a whole Bastet cult, with ministers and a temple to which people brought bronze, ceramic, or even gold cat figurines. The necropolis of this temple was used for the burial of dead cats, which were mummified beforehand with all honors.

It was from Egypt that cats got to Rome, although at first they were not given much respect there, because the Romans used to use weasels and martens to destroy rodents. Only later did people see cats as excellent mouse catchers and pleasant companions, but above all these animals became a symbol of independence. The Romans often depicted cats next to the goddess of freedom, Libertas, and they were also associated with the goddess of the hunt, Diana, who could transform into a cat.

According to the beliefs of the ancient Chinese, cats played an important role from the first days of the creation of the world. It was their gods who appointed them to watch over all living creatures and gave them the ability to speak. But the kittens were already independent and more concerned with rest and entertainment. In the end, the gods gave the role of overseers and language to humans, but they still left the cat with an important mission – to watch over earthly time. Until now, there is a belief in China that if you look into the eyes of a cat, you can find out what time it is.

In Japan, cats have long been considered guardians of the home and special protectors of valuable and rare books. The owner of the cat could only be a respected person, because, according to legend, it was this animal that once saved the life of the Japanese emperor. The cat, which was sitting near the temple, raised its paw as a sign of respect. Intrigued by the gesture, the emperor approached the cat, and at that moment lightning struck the place where he had just been standing.

Cats also had to go through hard times. In medieval Europe, the Inquisition demonized these animals. Cats, especially black cats, were accused of being associated with Satan and were killed en masse. People had to pay dearly for this: the plague epidemic in 1348 is associated, in particular, with the decrease in the number of cats. This led to an incredible spread of rats and mice, which spread the infection.

Only in the 17th century, animals were completely “rehabilitated”, and cats acquired the status of pets for both the nobility and the common people. For example, Queen Victoria of England loved Persian cats so much that she even adopted two. The newspapers of that time wrote about it, and since Victoria was highly respected, more and more people became interested in cats.

Currently, almost every country has a national “cat” holiday. International Cat Day is celebrated on March 1 mainly in Russia, Ukraine and Belarus. On March 1, 2004, the Moscow Cat Museum and the editors of the magazine “Cat and Dog” announced the creation of a new holiday at the opening of the exhibition “Love for Cats – Forever”. Since then, it has entered the list of annual pleasant events and is eagerly celebrated by all the numerous cat lovers.

Which country has the most domestic cats?

The United States has the largest number of cats — there are about 76 million of them (24 cats per 100 people). One in three American households owns one or more cats.

How well can cats see in the dark?

The structure of cats’ eyes helps them see in low light conditions 6 times better than humans. But, despite the widespread myth, cats cannot see in absolute darkness, and orient themselves with the help of hearing.

Why do cats “wash” and clean their fur so often?

Tidiness is an instinct of cats, they spend a third of their lives following hygienic procedures. This is how cats have long been preparing for hunting, “washing off” all extraneous odors. In addition, washing helps maintain body temperature and relieves stress.

Is it true that domestic cats have a positive effect on the health of their owners?

Scientists from the USA and Great Britain concluded that this is indeed the case. They involved cats in the treatment of cardiovascular diseases, strokes, brain injuries and other health problems. Cats were also useful in the treatment of mental disorders, especially in children.

How do lost cats find their way home?

This phenomenon continues to be investigated, but, according to one of the probable hypotheses, animals find the right path thanks to their reaction to the Earth’s magnetic field. Experiments are known when cats were exposed to strong magnets. Because of this, they lost the ability to orient themselves over long distances.

How to celebrate International Cat Day?

In Ukraine, cats are loved and respected, so we have a lot of them – 7.5 million. In terms of the number of these animals per capita, we are second only to the United States, with 17 cats per 100 people. Therefore, many events dedicated to popular pets are held on International Cat Day.

At the cat exhibitions that take place on this day, you can admire representatives of various breeds – both furry and “naked”, learn about their characteristics. Such exhibitions often help those who decide to buy a cat, but hesitate between different breeds, to decide.

Everyone who wants to can participate in the celebration of this holiday with benefit. On this day, charity actions are always held to collect funds for the purchase of food and medicine for homeless cats, as well as for the sterilization of animals. There are special shelters in our cities, from where you can take home a future companion and children’s favorite for free.

Well, of course, if there is already a favorite furry in the house, it is worth paying more attention and care to it on this day. It is worth pampering the kitten with a tasty delicacy, a new toy or just playing together; organize a photo session or record funny moments, which you can then share with friends on social networks.

If desired, you can even arrange a themed party with interesting contests, inviting friends and their cats to visit.

We like International Cat Day because we love its main characters – our domestic cats.

When it comes to the deep connection between a person and an animal, cats immediately come to mind. We often have the closest emotional contact with them. Even just stroking a cat, we get positive emotions due to the release of the hormone oxytocin, which is responsible for the feeling of happiness and reduces the level of anxiety, which is not at all superfluous in modern life.

In addition, the cat often becomes a home healer. Many pet owners have experience when a cat lays down on the owner’s body in those places where pain or discomfort is felt. Surprisingly, this actually makes you feel better. It is not known exactly why this happens, but the fact that cats have a positive effect on human health is confirmed even by scientific research.

For their part, domestic cats are also strongly attached to people, although they show their affection in a different way than, for example, dogs. They are more delicate and unobtrusive, but even a cat’s meow is intended only for communication with people. When communicating with other animals, the cat uses different sounds, but never meows.

Cats are one of the most convenient and trouble-free pets. They do not need frequent walks, can be alone for a long time, entertain themselves, calmly wait for the owner from work. If a person does not want to actively play, the cat will gladly keep company, lying next to the owner on the couch.

It is simply impossible not to love such cute and interesting animals as cats, and in response to our care, they thank us with true loyalty and love. 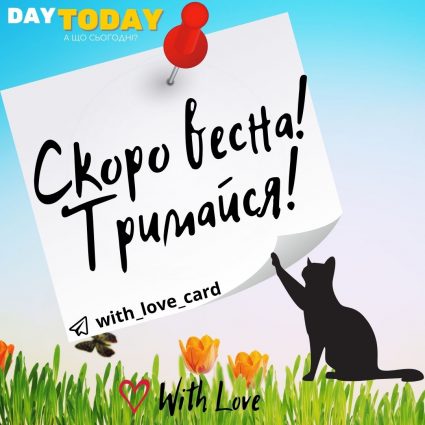 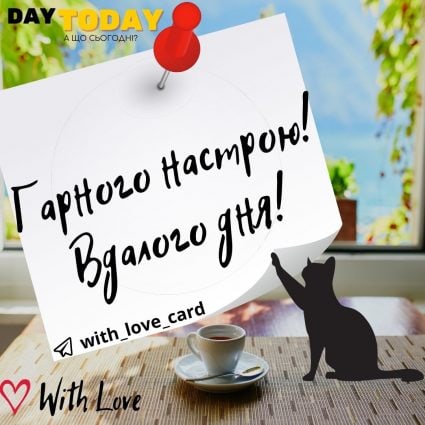 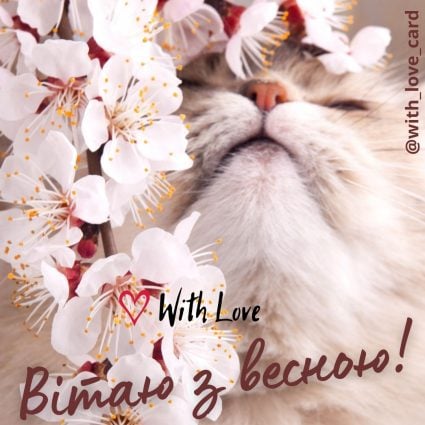 When will we celebrate International Cat Day? 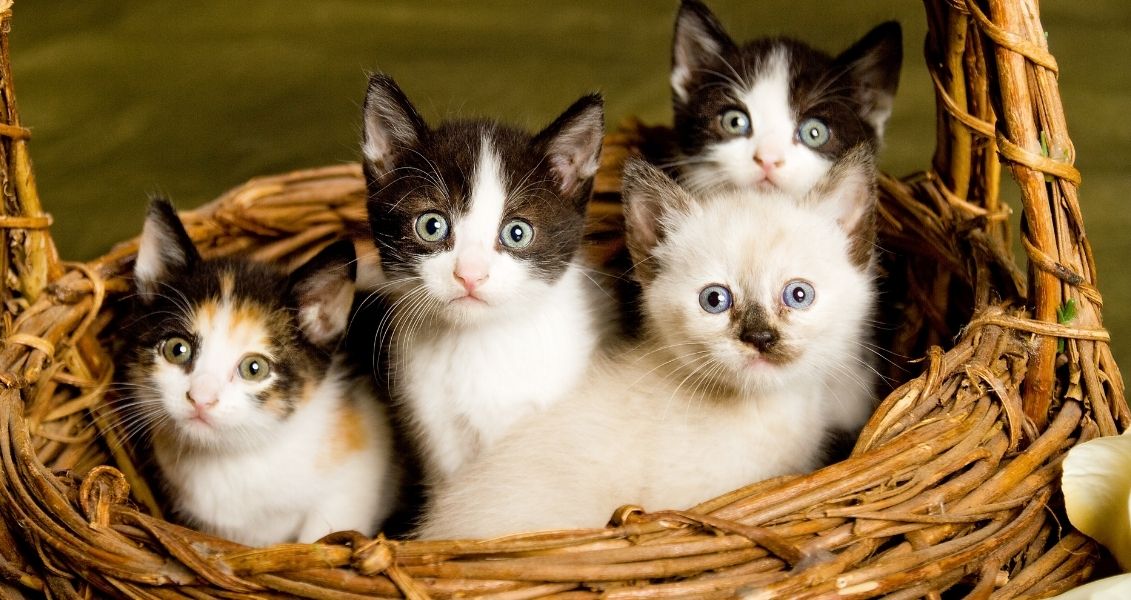