Day of the National Assembly of Ukraine

How did the idea to celebrate the Day of the Unity of Ukraine come about?

On January 11, 1918, a special for the history of Ukraine – IV Universal was adopted, in which the Ukrainian People’s Republic was proclaimed an independent State. On this day, any ideas about the creation of autonomy were abandoned, and ties with the imperial center in Russia were severed. However, the newly formed state was subjected to Bolshevik aggression, so the sovereignty of the Ukrainian state was short-lived.

Universal proclaimed the full sovereignty of the Ukrainian People’s Republic and Ukraine’s desire to maintain peaceful relations with neighboring nations. The document also stated that neighboring countries have no right to interfere in the country’s internal affairs. The land was to return to the ownership of the peasants, and the natural wealth was transferred to national subordination. The Universal mentioned the creation of the army, the subordination of banks to the central government, the convening of the Constituent Assembly to adopt the Constitution.

On January 22, 1919, the breakup of the UNR and ZUNR was announced. Thus, a sovereign united Ukrainian State was formed. The event took place in a solemn atmosphere on Sofia Square (Kyiv). The Act proclaimed the unity of different parts of Ukraine: the Dnieper region, Bukovyna, Transcarpathia, and Halychyna. Since that time, a single independent UNR was created, and the Ukrainian people united to protect their Motherland.

Implementation of the holiday

In 1999, by the Decree of the President of Ukraine, a holiday was introduced, which was called the Day of the Congregation of Ukraine. The Day of Sobornosty has a huge historical and political significance in the development of our state.

The act of separation demonstrates the desire of Ukrainians to unify in order to build a sovereign state. The reunification of Ukraine strengthened the dreams of the Ukrainian people for the creation of an independent Ukraine, although they came true decades later – in 1991.

The Day of the National Assembly of Ukraine in history

How to celebrate the National Day of Ukraine?

For Ukrainians, this day has a special significance. This is evidenced by the active traditions that were introduced to celebrate the Day of the Congregation. On this day, activists organize a live chain across the country.

For the first time Assembly Day was celebrated in January 1939 in the city of Husta, the capital of Carpathian Ukraine (at that time – an autonomous entity within Czechoslovakia). Tens of thousands of demonstrators gathered here from different parts of this region to honor the aspirations of the Ukrainian people for unity.

The celebration of Zluka Day on January 21, 1990 was marked by the creation of a live chain between Kyiv and the western cities of Ukraine. This indicates the physical and spiritual unity between the eastern and western lands of the country. The chain started in Kyiv on Sofia Square and went to Zhytomyr, Rivne, Lviv, Ternopil, Stryi, Ivano-Frankivsk. A large number of Ukrainians (according to data, 3 million people took part in the action) united in a living chain, once again testifying to the act of separation between different lands of the country.

The event took place back in Soviet Ukraine, but this did not prevent patriotic forces from celebrating the 71st anniversary of the declaration of a single united state.

In the 2000s and 2010s, “live chains” gained popularity. So, starting from 2008 to 2011, people united in chains in different cities of Ukraine. In Kyiv, the participants of the action organized a live chain on the Patona Bridge, which connects the left and right banks of the Dnieper.

In 2011, more than a thousand participants gathered on the bridge. The organization of the holiday was organized by the Cossack Brotherhood “Spas”, youth movements, the tourist club “Scythians”, etc. In 2011, participants in different cities of Ukraine created a live chain. The largest number of participants was in Lviv, more than 5,000 people lined up on the stretch from the Bandera monument to the Shevchenko monument.

Postcards for the Day of the Assembly of Ukraine 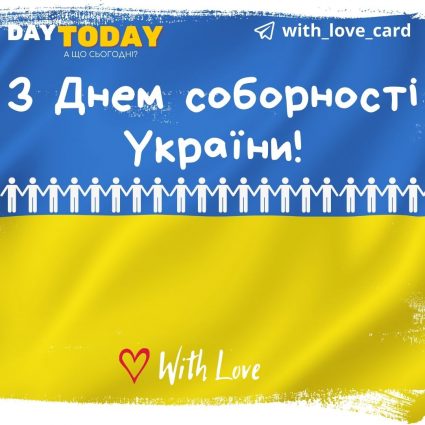 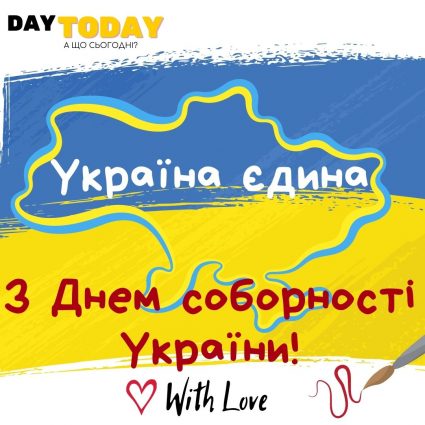 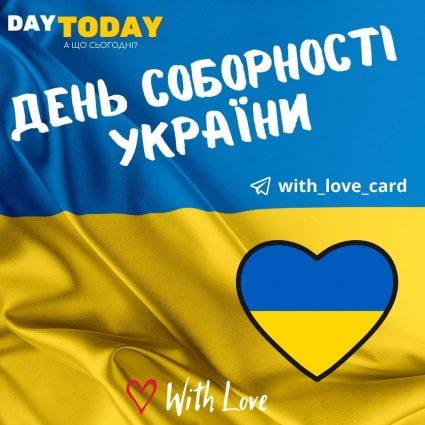 The unity of the people is not only an important national value, it helps to resist aggression coming from outside. The very act of reunification showed the desire of Ukrainians from different parts of the country, which at that time was torn into pieces between neighboring states, to unite as part of their native Motherland. Unfortunately, it was not possible to hold Soborn Ukraine, the Bolsheviks occupied our state and tried to break the nation’s aspirations for independence. During this time, the people experienced three famines and repressions.

The holiday is of great importance in the modern realities of repelling Russian aggression in the east of Ukraine. Sobornosty Day reminds us once again that Ukraine is a large and indivisible state, and Crimea, Donetsk and Luhansk are its inseparable parts.

When will we celebrate Ukrainian National Assembly Day? 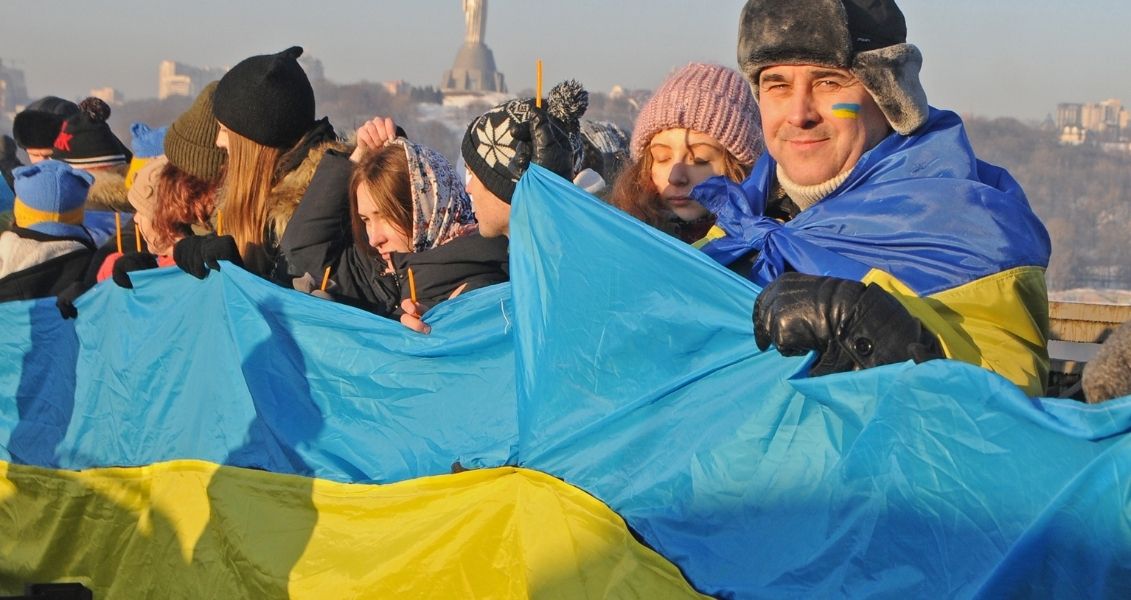