Every year on February 2 comes a fun holiday – Groundhog Day. This tradition originates from the United States of America and Canada and is one of the strangest customs in the world. People gather together to watch a groundhog come out of its home. Everyone is interested to know whether the big furry rodent will see his shadow, because it is possible to predict the weather based on this fact.

How did the idea of ​​celebrating Groundhog Day come about?

Despite the fact that you should not particularly trust the forecast of such a “weather forecaster”, this funny holiday has its own history. It is interesting that from the very beginning the groundhogs had nothing to do with her.

Fire festival of the Celts

Back in pre-Christian times, the ancient Celts celebrated Imbolc on February 2. This event was timed to the moment when the Sun passed the fourth part of its annual cycle, when the luminary was exactly in the middle between the points of the winter solstice and the vernal equinox. Imbolc was a festival of fire – people lit torches and candles, the living flame of which was supposed to show the way to the coming spring. Also, it was on this day that the omens predicted changes in the weather.

Due to the spread of Christianity, the religious essence and name of Imbolc changed, but the folk traditions of the celebration remained. On February 2, on the 40th day after the Nativity of Christ, they began to celebrate the Annunciation. The name of the holiday comes from the word “to meet” – on this day, Mary and Joseph brought baby Jesus to the temple in Jerusalem, where they met the righteous elder Simeon. The Holy Spirit informed Simeon about this meeting many years before the event itself.

On the other hand, in the folk interpretation, there is also a meeting on the Feast of the Ascension, but two seasons meet – winter and summer. As in the case of the ancient Celts, the tradition of lighting a live fire on this day has been preserved from our Slavic ancestors. Christianity turned this custom into a tradition of consecrating candles in the church, which are considered talismans against all kinds of troubles.

Also, on February 2, the weather was carefully monitored – numerous signs allowed for fairly accurate forecasts. In particular, a clear sunny day promised a rich harvest, while gloomy and wet weather – on the contrary, a bad harvest.

Wake up the hedgehog

As for predicting the weather with the help of animals, this is a very old tradition. Back in Ancient Rome, on February 2, a hedgehog was awakened from hibernation and based on its behavior it was predicted what the coming of spring would be like. The custom has survived among Western European nations, in particular, among the Germans.

It was the German settlers who settled in Pennsylvania in the 1700s who brought with them the custom of waking a hedgehog to learn about changes in the weather. True, there were not enough hedgehogs in those parts, but marmots lived, which also spend the winter in hibernation.

Groundhogs – relatives of squirrels, gophers and chipmunks. All these rodents belong to the family of rodents. Groundhogs feed mainly on plant food – roots, grass, berries, although they do not refuse insects and worms. Marmot species common in the USA and Canada is Marmota monax. Unlike most other species, these marmots are not very social animals and usually live alone.

So the groundhog was given the honored role of a weather forecaster in Pennsylvania, as evidenced by a document dated February 4, 1841, which is preserved at Pennsylvania College. It describes for the first time the event that took place two days earlier – the awakening of the groundhog and its prediction.

February 2, 1886 is considered the official date of origin of Groundhog Day. Then in the local newspaper of Punxsutton, a city in the state of Pennsylvania, there was a news that on Groundhog Day the beast did not see its shadow. The Punxsaton groundhog was named Big Phil, and since then all his local successors have had the same name.

The very next year it was established in Punxsaton Groundhog Club and arranged Gobbler’s Knob – a picturesque area on a wooded slope, where everyone gathered to watch Phil make his prediction. Since then, the holiday has become popular, and residents of the United States and Canada look forward to the awakening of the groundhogs every year to determine how much longer it will be cold.

Sometimes the groundhog wakes up on its own, but usually it has to be woken up. If the sun shines brightly, the groundhog sees its shadow, gets scared and hides in the hut again. This means that winter cold weather should be expected in the next six weeks. If it is gloomy and there is no shadow, the animal remains outside for a walk – therefore, the spring warmth is not far away.

After the release of the famous movie “Groundhog Day”, the number of people coming to Punxton on February 2 has increased rapidly. In 1997, 35,000 tourists came to visit Great Phila, which was five times the number of local residents. Unfortunately, the film was not shot in Punxsaton, but the filmmakers tried to reproduce the recognizable places and traditions of the event as accurately as possible. Babaka was provided with comfortable accommodation with heating for the duration of the filming, so that the “actor” would not fall asleep at times.

There are several other well-known weather groundhogs in the US and Canada, but Punxsaton Big Phil is the most popular groundhog in the world. He lives in a comfortable house with a climate control system and even has his own website on the Internet.

How often do weather forecasts from marmots come true?

The accuracy of predictions by groundhogs is not high, in particular, Punxsaton Phil “guesses” in 40% of cases.

What size are marmots?

The size of these rodents varies depending on the species. From the head to the tip of the tail, their height is from 40 to 85 centimeters, and the animals weigh from three to ten kilograms.

How old do groundhogs live and how old is the most famous groundhog, Phil?

In nature, marmots live for about 6 years, in captivity in good conditions – up to 14 years. Phil’s age is not announced – according to legend, he consumes a special elixir every year, which extends his life by seven years each time.

How long does a groundhog hibernate?

This period is about 150 days a year, during sleep the pulse of the animal is 5 beats per minute. Due to the slowing down of metabolic processes, a groundhog loses no more than a quarter of its weight during hibernation.

Burrows of marmots have a complex structure, they consist of several “rooms” of different purposes – a bedroom, a children’s room, a pantry, a toilet room.

How to celebrate Groundhog Day?

Groundhog Day is a very popular holiday in the United States, so over its many years of history, any details have been added to the celebration – from funny statements to a demonstration of the nation’s unity in difficult times. For example, in one of the years of the “dry law” the groundhog Phil is credited with promising not six, but sixty weeks of winter if he is not allowed to drink. And in 1981, as a sign of support for the Iranian hostages, Phil appeared in public with a symbolic yellow ribbon.

An annual celebration in Punxsaton, a small town in the middle of nowhere, gathers a large number of people who want to honor a groundhog named Phil. But the holiday is not limited by the weather forecast, as other events take place the day before – a city banquet and parties in local bars. Bonfires are lit on the street, and fun with songs and dances continues until the morning. In the morning, at half past seven, fireworks signal that the culmination of the holiday will soon take place. Everyone gathers where in an hour Phil will forecast the weather six weeks ahead. After that, people go to drink coffee and go home.

In Ukraine, Groundhog Day is not celebrated with the same scale as in the USA, but we also have our own fluffy “weather forecasters”. This is the marmot Timko, a resident of the biological station of Kharkiv University named after Karazin, and his colleague – a marmot named Marusya, who lives in the Lviv Ecological and Naturalistic Center. Every year on February 2, Ukrainian groundhogs make their predictions. Usually, inquisitive viewers are not limited only to the topic of the weather, so in recent years the groundhogs had to answer other interesting questions, for example, about the dollar exchange rate or visa-free travel.

Although the predictions of groundhogs cannot boast of particular accuracy, the popularity of this holiday in the world is growing year by year. The film comedy with elements of fantasy “Day of the Groundhog”, which, in addition to a fun story, has a somewhat deeper implication, helped to increase interest in it. The time loop the main character gets into eventually forces him to change for the better. The picture is somewhat reminiscent of Christmas movies, but you can watch it at any time. It is especially recommended for viewing by those who feel trapped, where every day is like another, and just for people who are depressed. The film “Day of the Groundhog” helps to understand that changes in life begin with changes within us.

Groundhog Day is a great reason for everyone to rejoice at the approach of spring. After all, even if the animal promises cold weather, the probability of its forecast is small, and winter will end anyway. Groundhog Day has become a fun and pleasant entertainment, it is loved by both adults and children.

Some animal advocates have long protested against Groundhog Day, arguing that being in public is a stressful situation for animals, and forcibly waking groundhogs from sleep is harmful to their health. The International Organization for the Struggle for Animal Rights even suggests using special groundhog robots with artificial intelligence for weather forecasting.

If this ever happens, it will be a completely different holiday, and for now people do not want to betray traditions. Therefore, the main characters of February 2 remain real, live and funny groundhogs, which can bring spring closer and improve our mood.

When will we celebrate Groundhog Day? 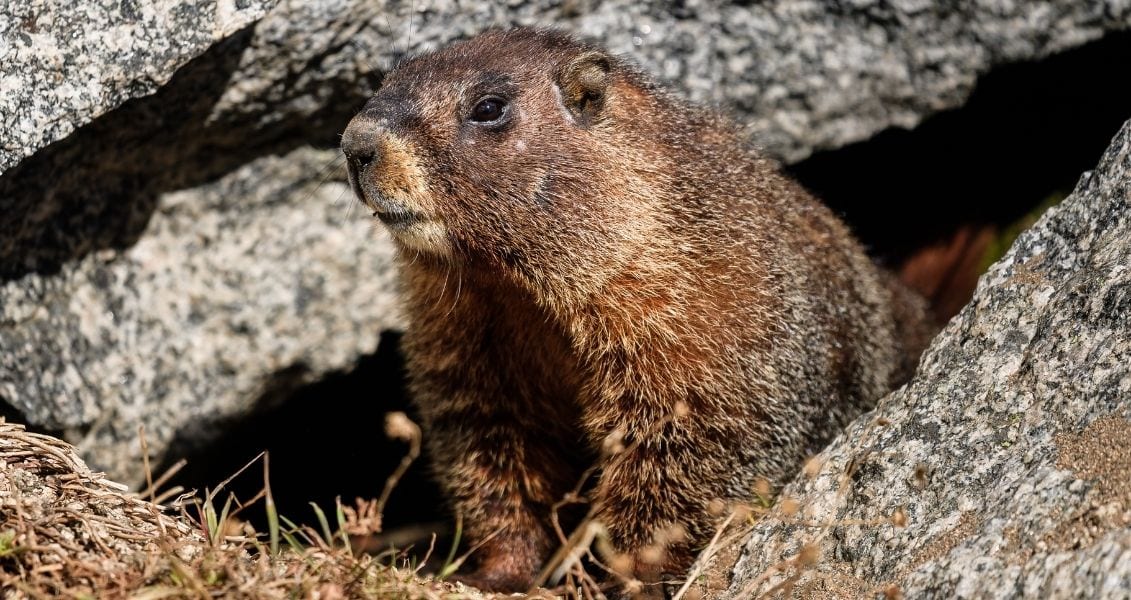